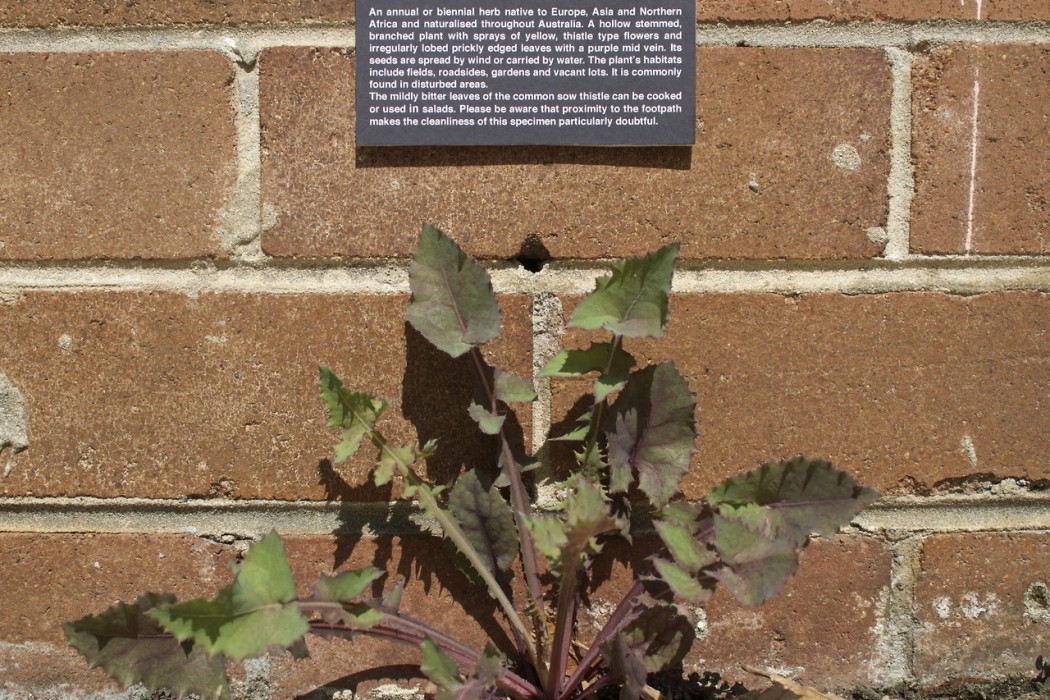 Miguel Marquez Outside is the Tumblr blog of Michael Pederson, a street artist from Sydney, Australia. For one series, the artist has placed thoughtful text on trash, including a discarded couch that reads, “No more quiet empty rooms,” and a television with “The things I’ve seen…” Another piece involves a (non-working) light switch, accompanied by the sign “Flick switch off and on again to reset city.” An interactive work involves a lined piece of paper in a frame, inviting people to “Write six words about anything.” Botanical plaques have been placed near “weeds” such as dandelion and thistle for another series of works, while a list of instructions for pedestrians appears in another.

The artist manages to turn street art on its head – the pieces look like actual, official signage that would be installed in public places, rather than “graffiti.” The pieces are also installed in a temporary, non-destructive manner. The botanical plaques and lists of  instructions contain information that is useful and even important (along with a bit of humor, of course). 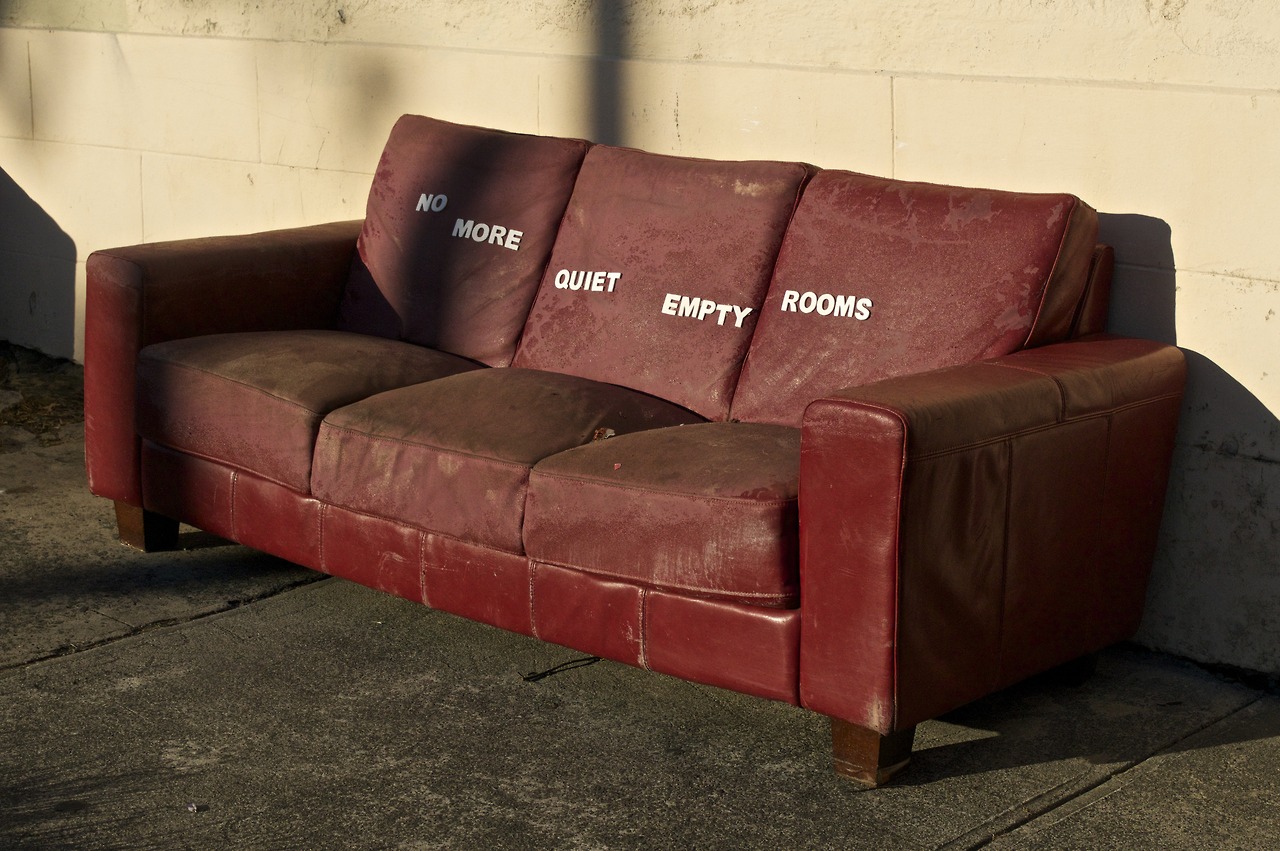 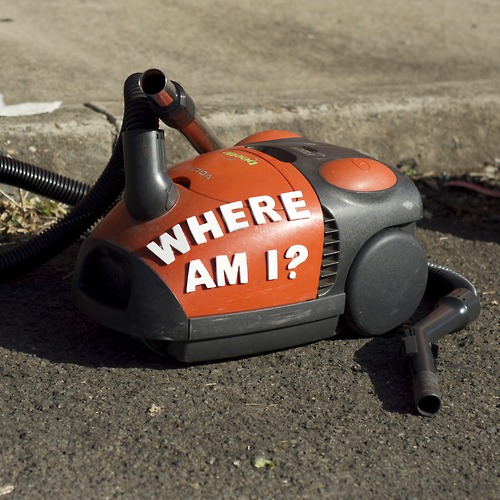 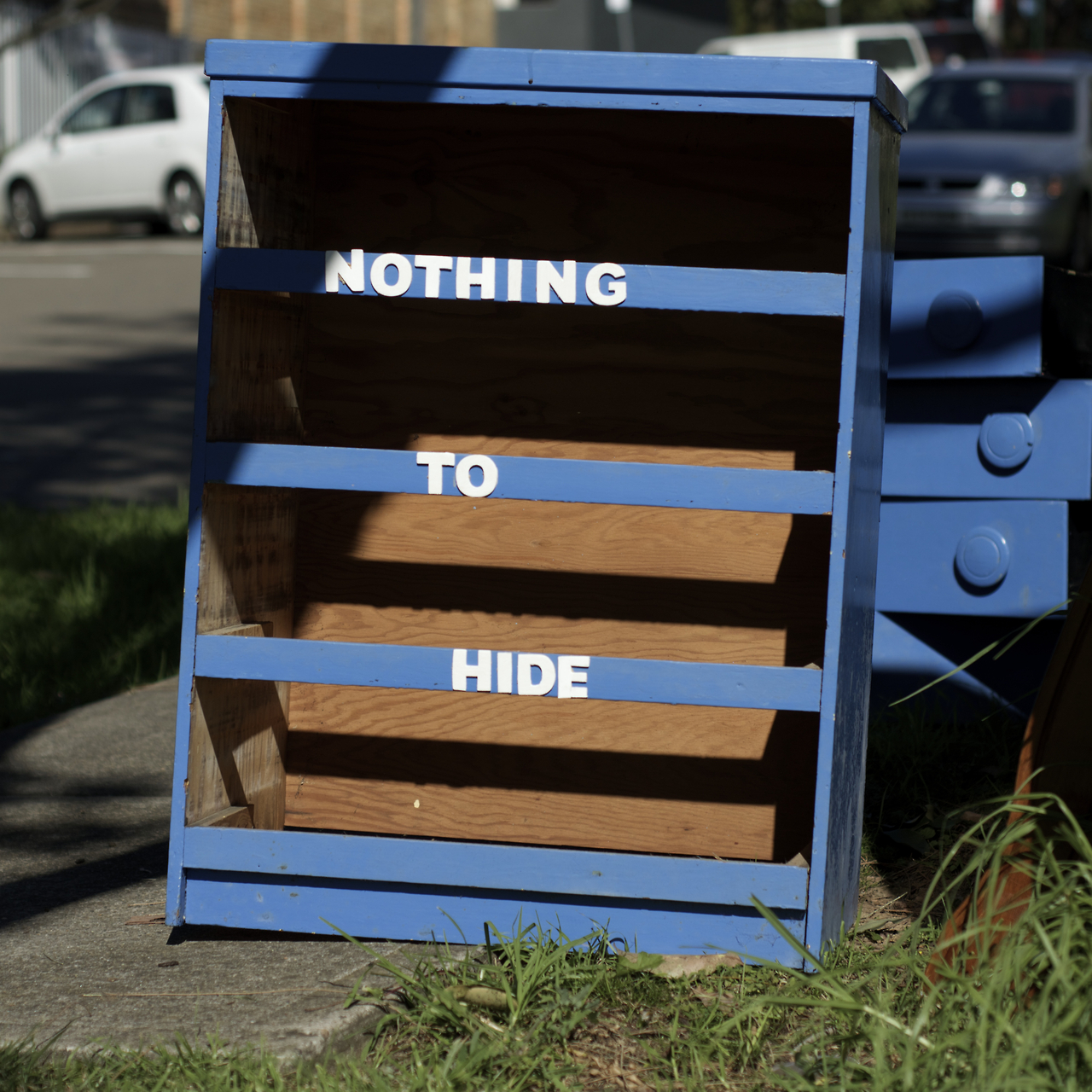 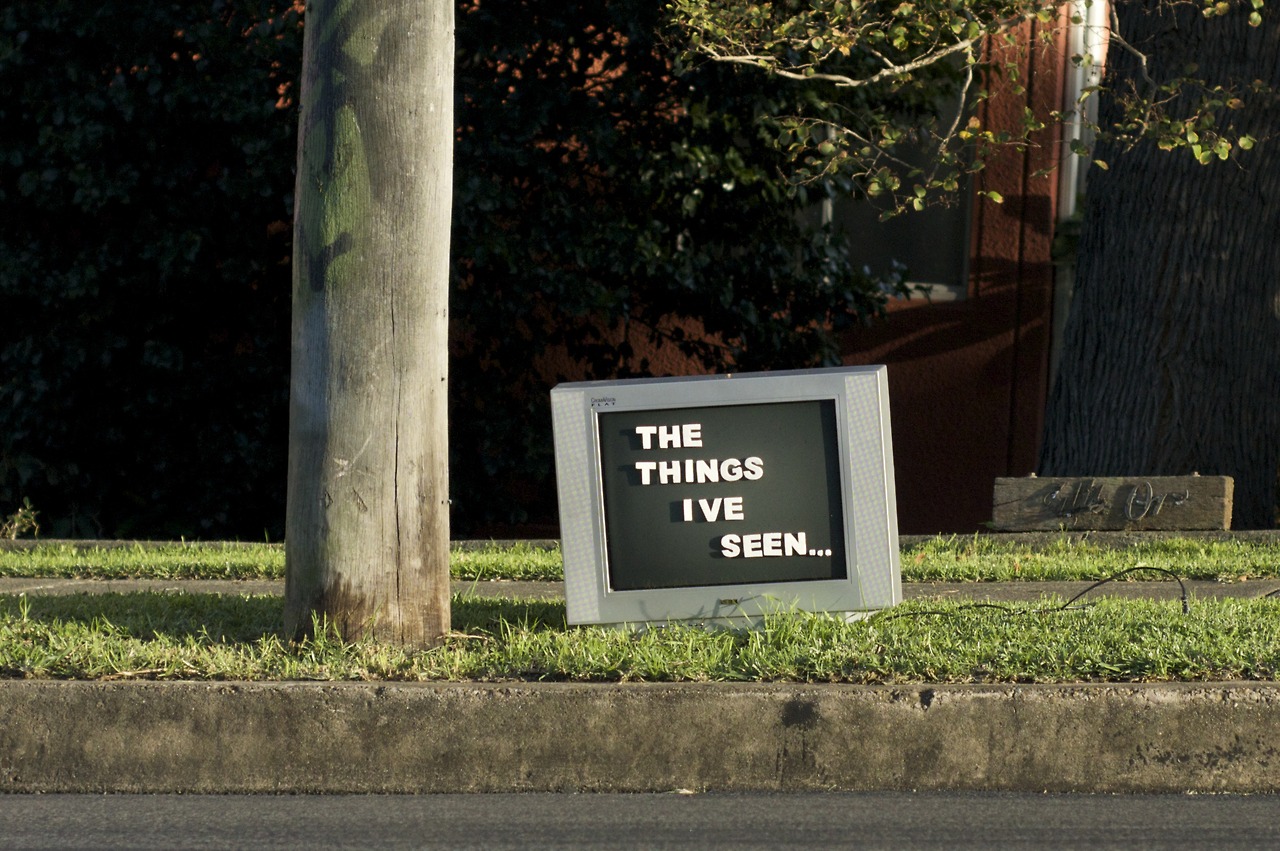 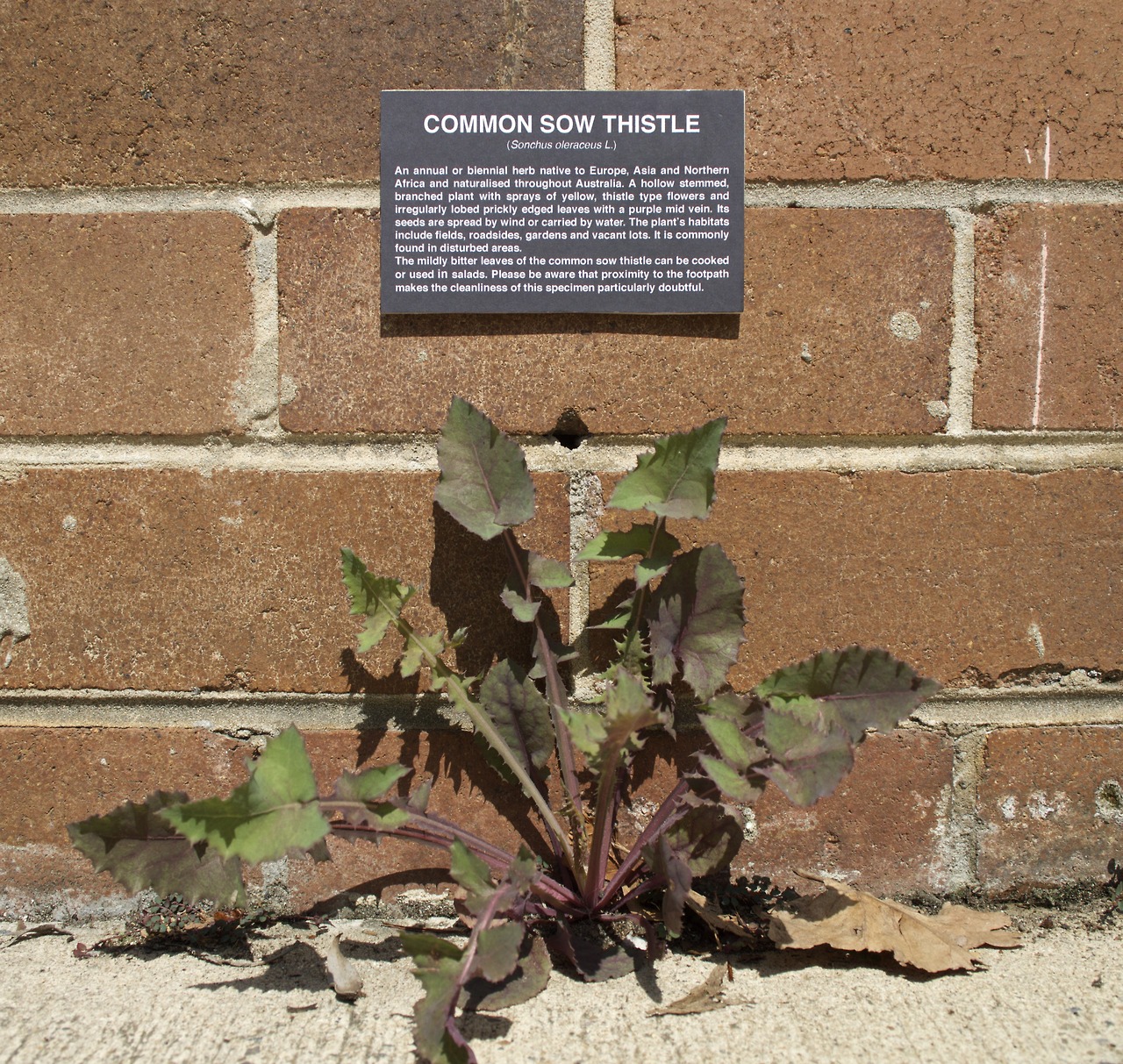 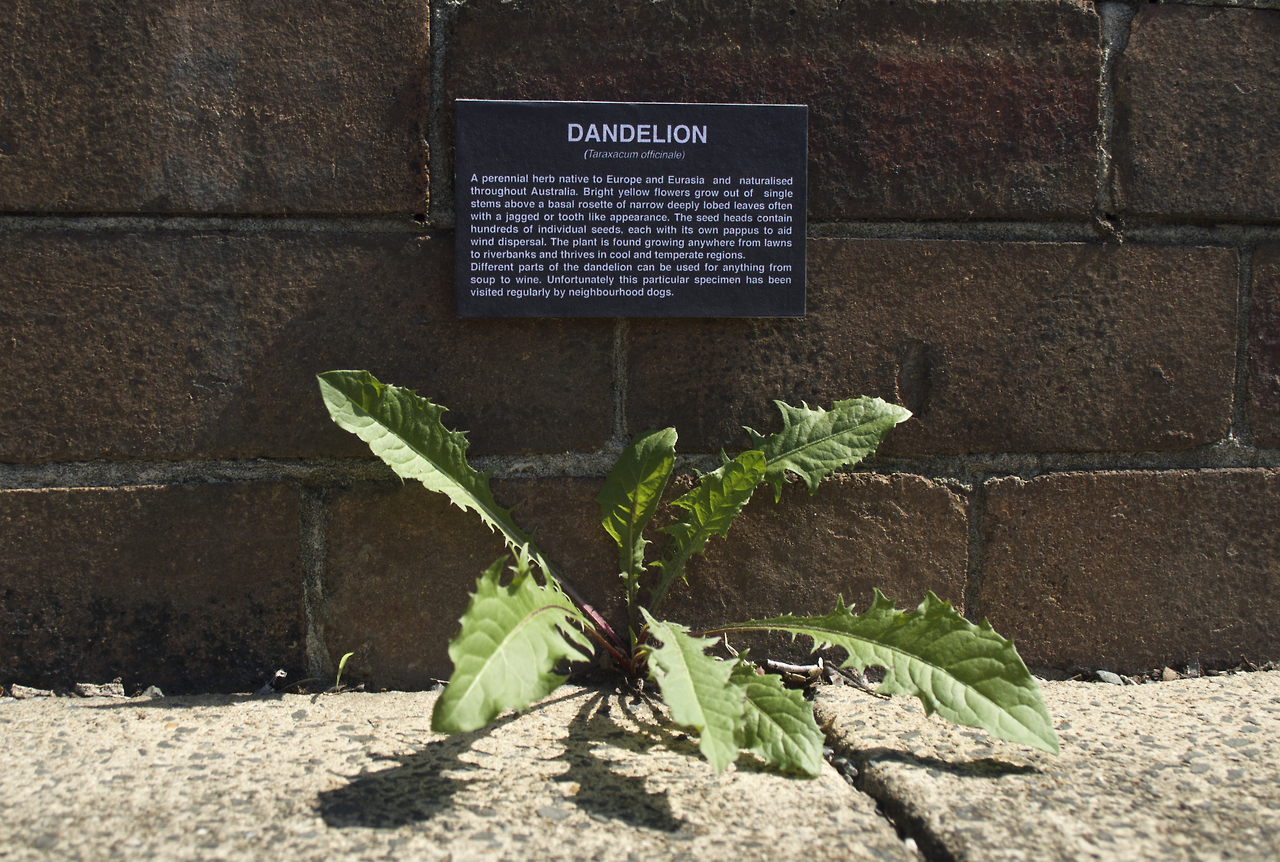 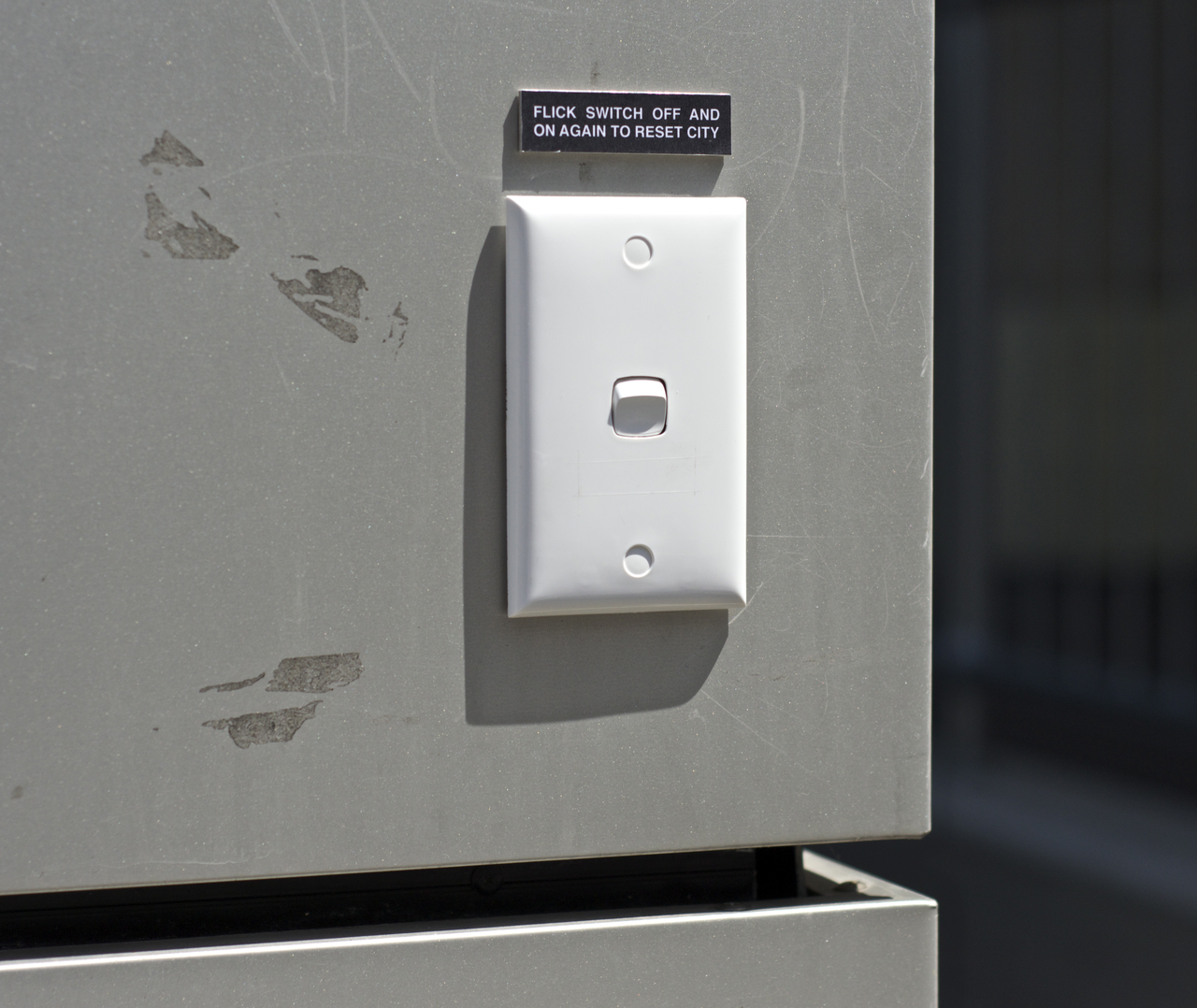 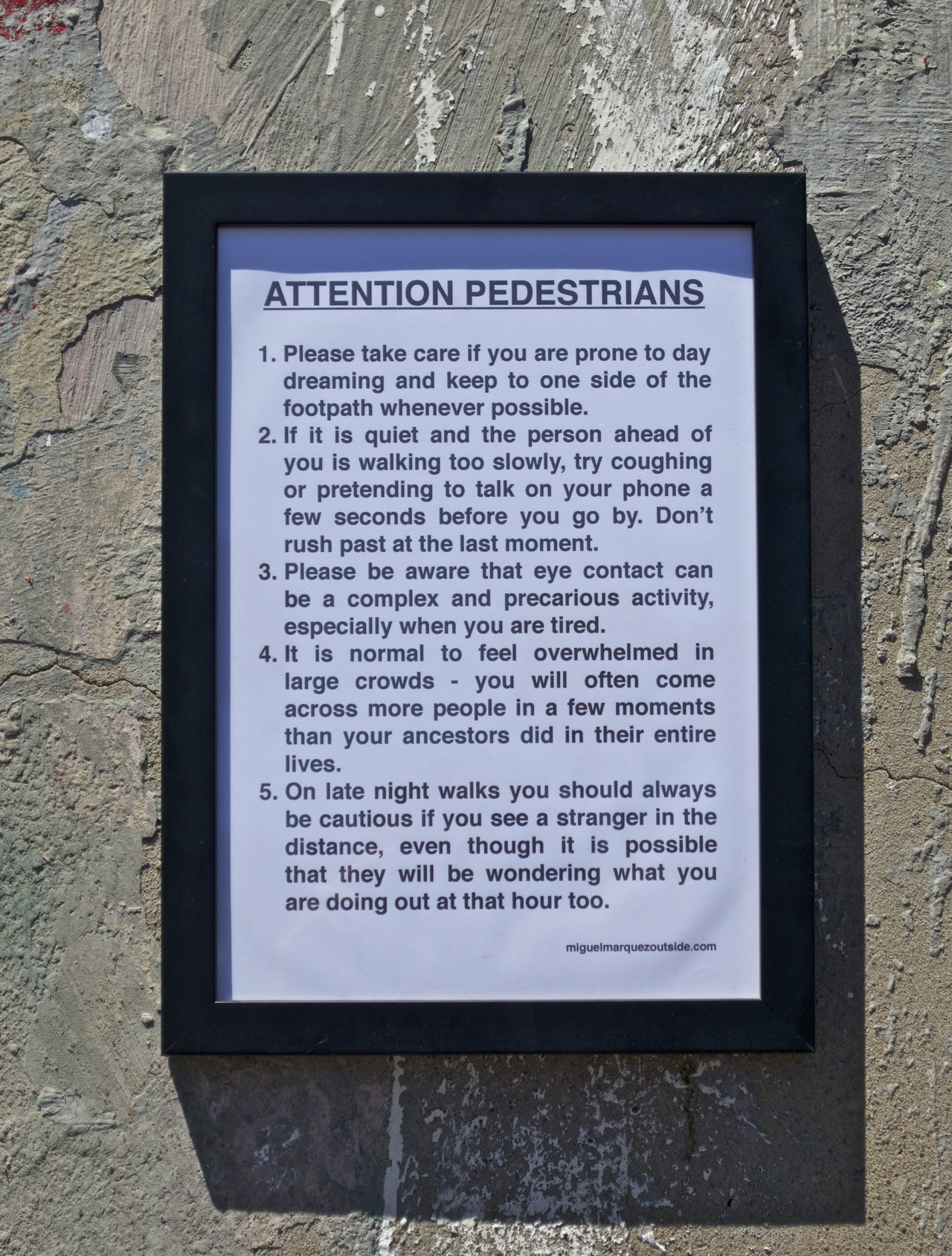 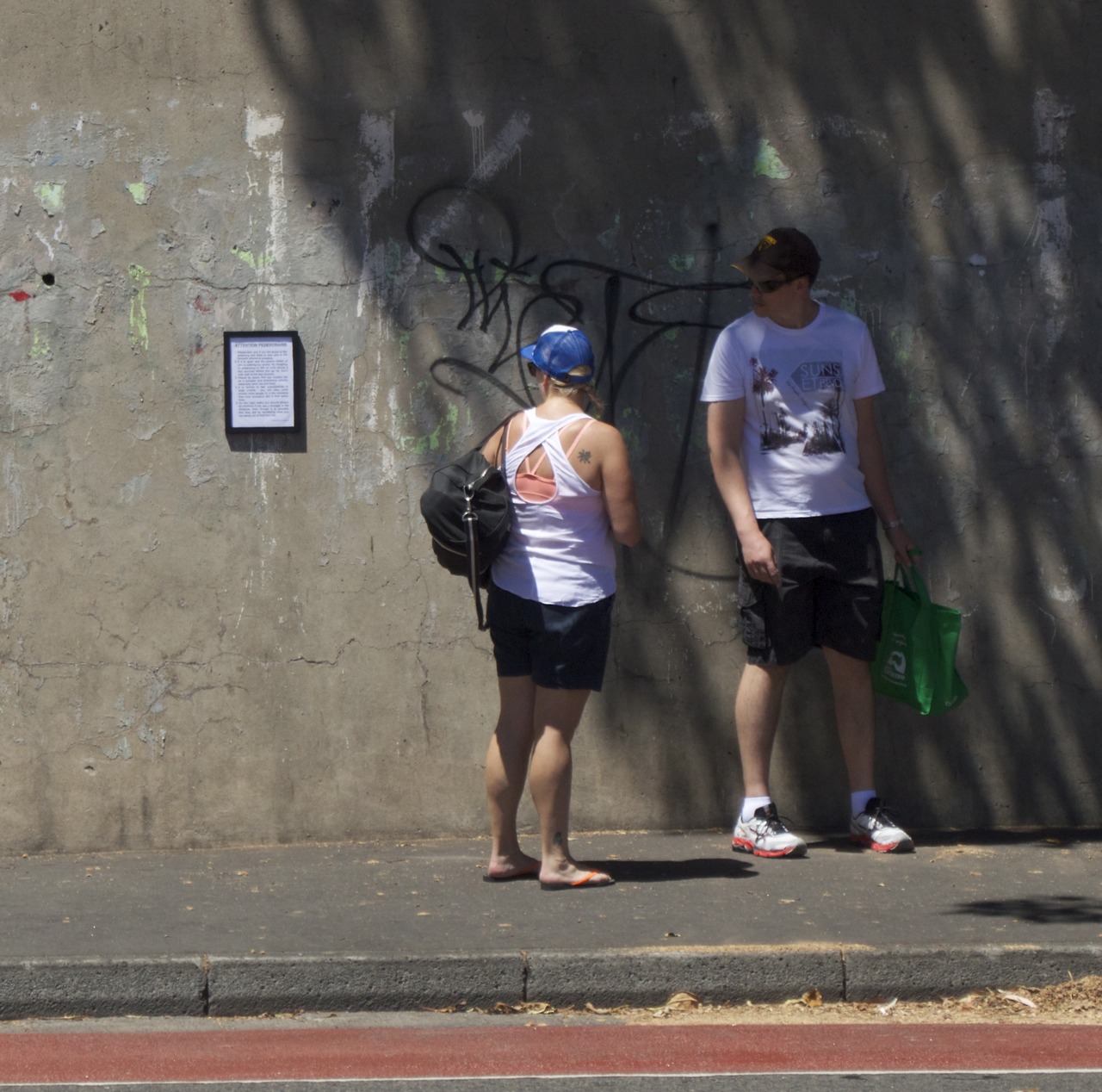 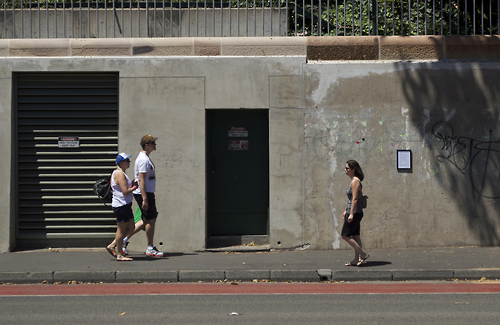 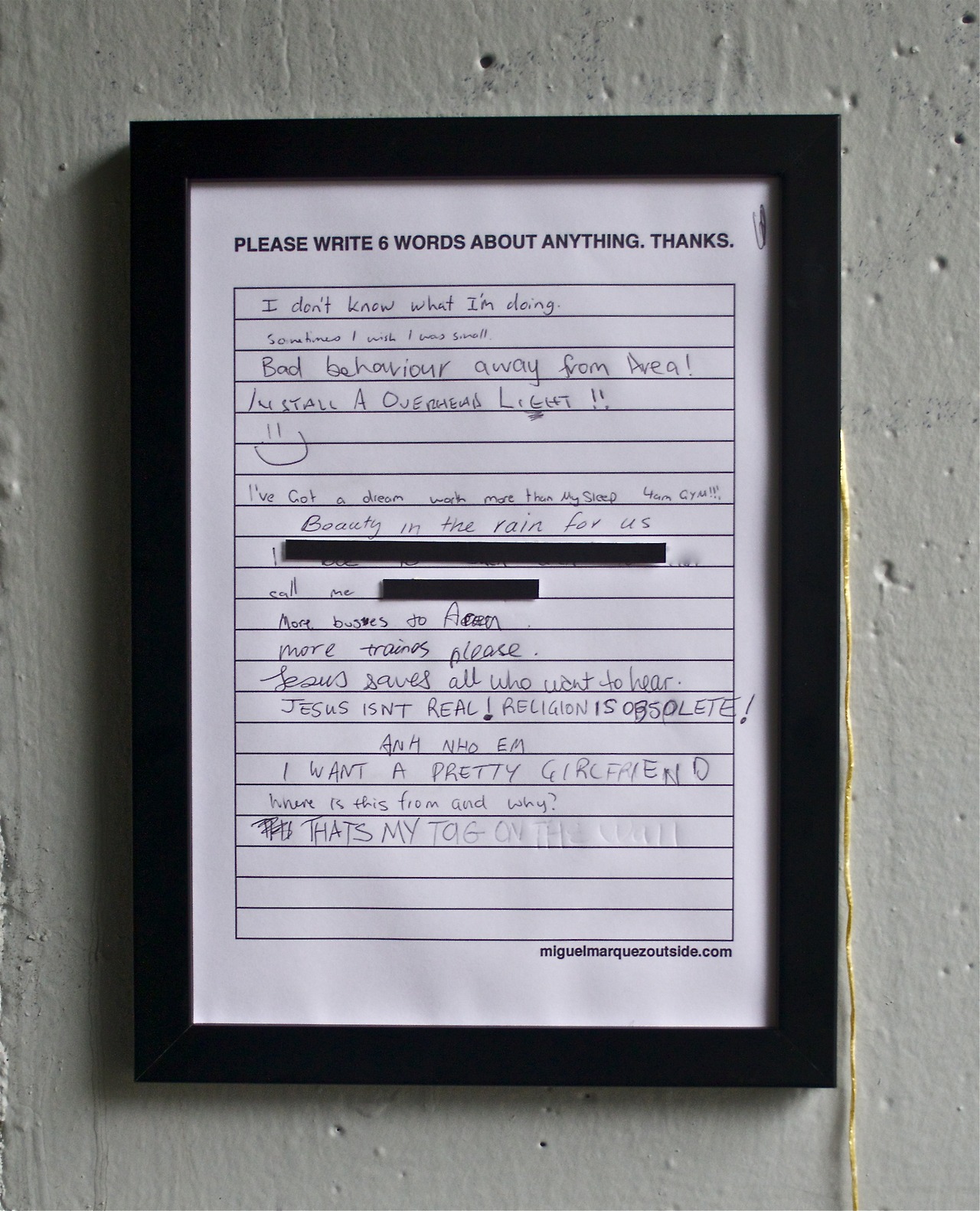 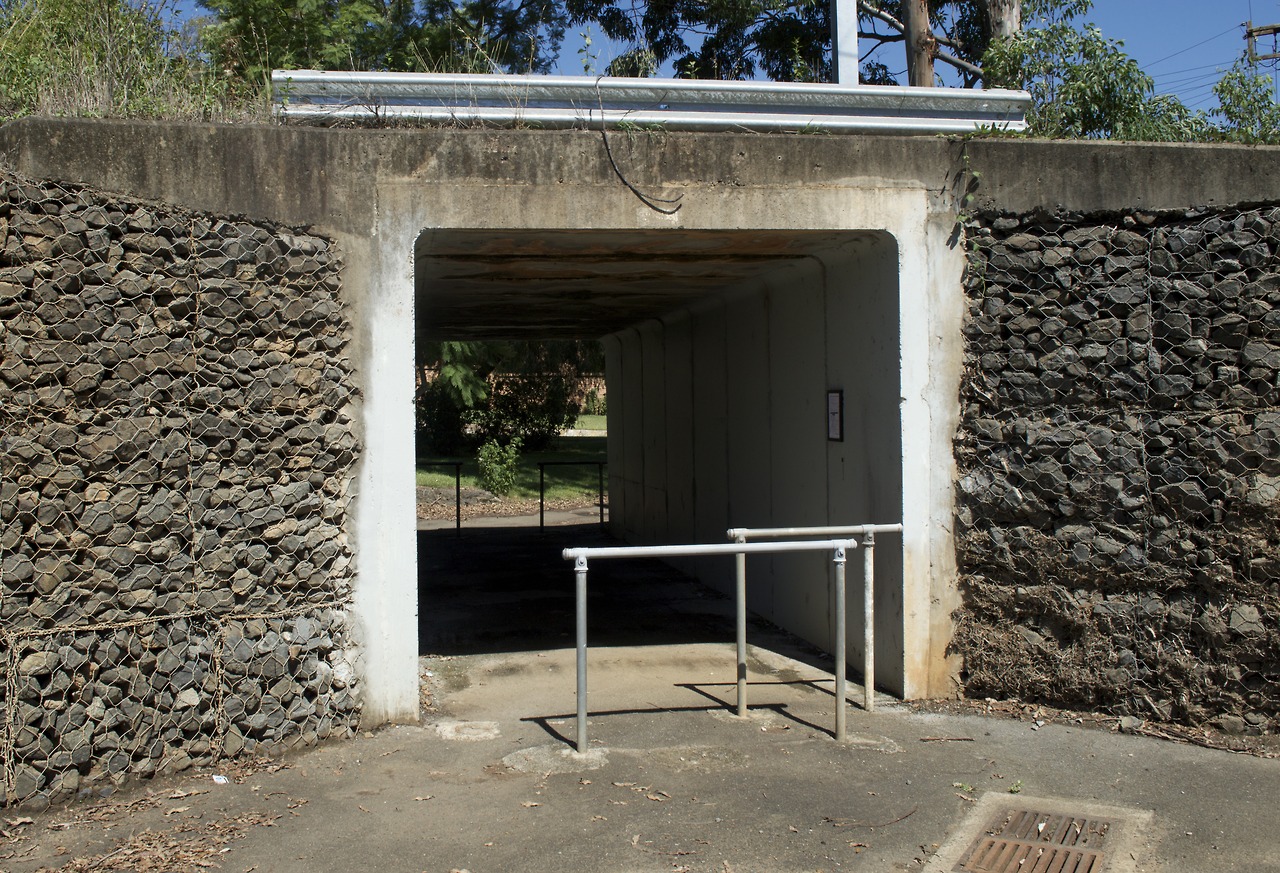