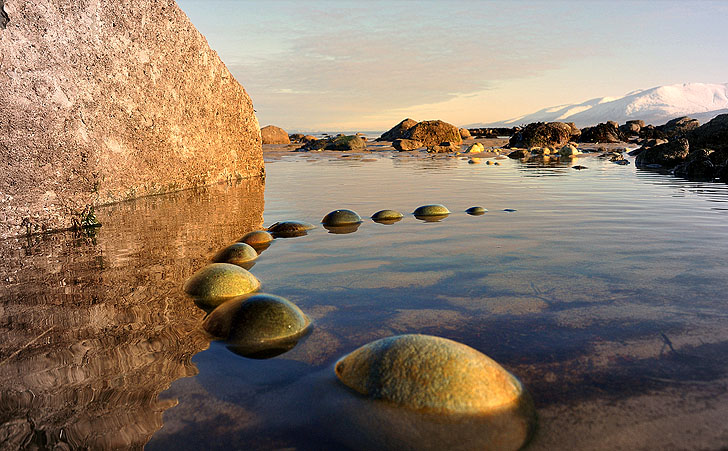 The already-gorgeous landscape of Ireland is is made to seem even more enchanted with Gerry Barry‘s land art installations. 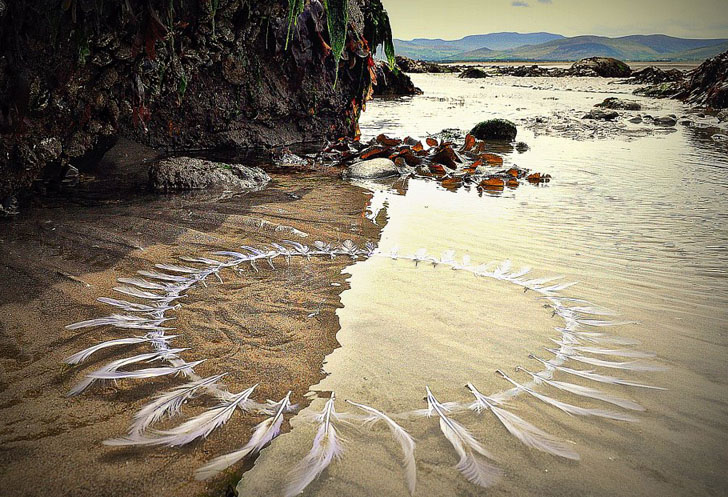 These pieces are an example of land art (also known as earthworks or earth art), which combines natural materials like rocks, soil, plants, and water; man-made sculptural objects such as concrete or metal; and the naturally-occurring landscape. The artistic works are often left to become a permanent part of the natural environment. Some of Barry’s pieces have been in place since the 1970s.

Many of the works involve stones placed in a ring or spiral pattern. In some, the stones are arranged by size. Other, more temporary, pieces use circles of feathers or fire. They all have a sense of ritualism about them, and they remind me both of the monoliths left by ancient cultures and of meditative mandalas and zen gardens.

Crescent and some of the other pieces use branches or poles that stick up from the water: they look almost like the spines of dinosaur or other creature’s skeleton to me. These spines are arranged in an arched pattern, but when you see their reflection in the water the effect is even more cool. These photos capture the art at a specific, dramatic moment in time, but I like the idea that the pieces will appear different over time as the lighting, weather and other conditions change.

“I grew up in an area that is very rich visually – sea, mountains, lakes – and this particular area, in West Kerry, in the West of Ireland, has been a constant inspiration for me,” says Barry in his artist’s statement, “I painted it when I was younger, but I wanted more interaction and so I began using materials that I found around me like stones, rushes, water, etc., to create visuals that complimented that landscape.” 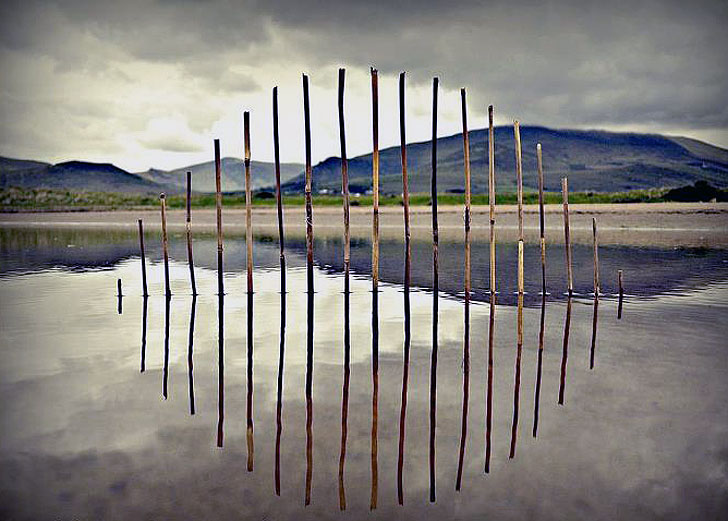 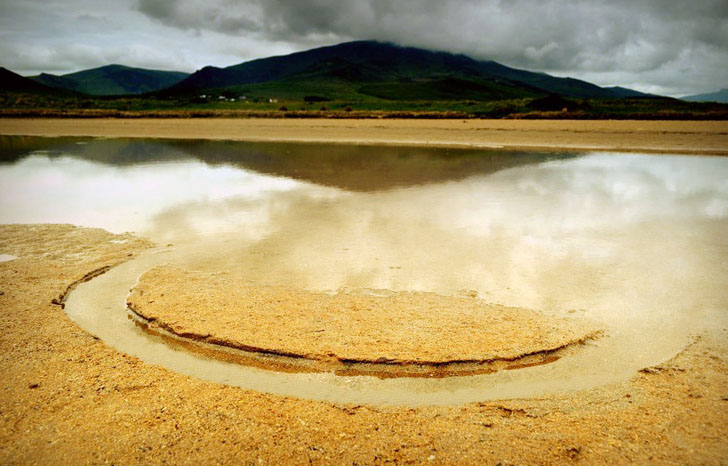 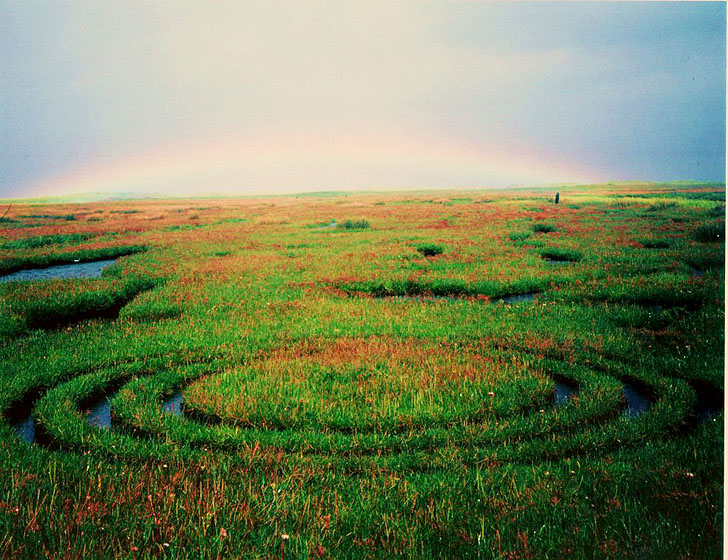 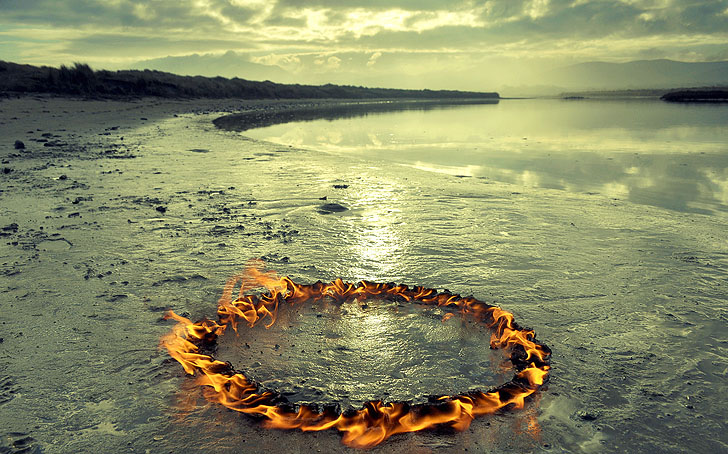 Brazilian artist Álvaro Franca pays homage to his favourite authors in a series of portraits created using just a typewriter. So far, the series…