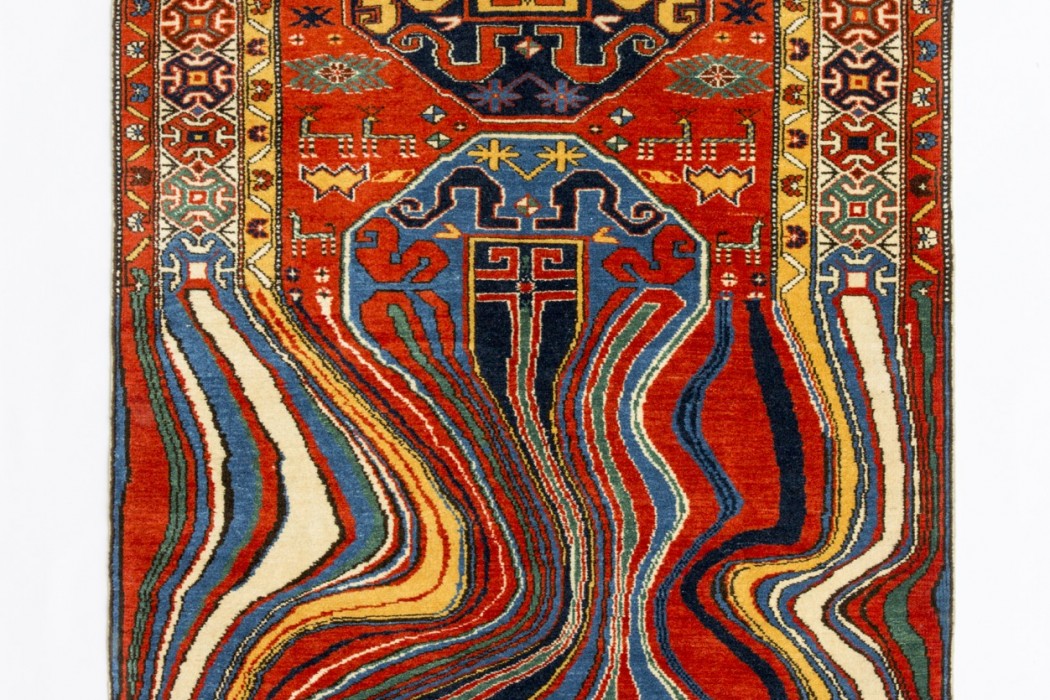 Rugs and carpets have long been an important part of Middle Eastern art and culture, from magic flying carpets in the Arabian Nights tales to Islamic prayer rugs. One artist, Faig Ahmed, creates hand-woven wool carpets that take elements from the traditional rugs of his native Azerbaijan and remixes them with contemporary motifs.

Each piece is inspired by Azerbaijani traditional rugs, and includes the intricate floral and geometric patterns typical of this art form. But they are then given a unique, contemporary twist — sections which look like the rugs are melted, pixelized, or affected by a glitch. I really like this mash-up of an ancient craft that has been passed down through centuries with the modern digital world.

In Outflow and Oiling, Ahmed gives half the carpet the appearance of being liquefied, with one retaining its rectangular outline but the other taking on a rounded, free-form shape. A round carpet appears cut into two pieces, with the middle stretched out to be a series of horizontal lines, in Double Tension. Several other rugs seem to be affected by digital glitching, like they are an image file which has been corrupted.

There are also a series of carpets in which an abstract, geometric Ilan (snake) appears to hover above the traditional design. These have the cool illusion of being 3-D thanks to a “shadow” underneath the snake and the way the snake breaks out from the rectangular border of the carpet. (Through Faig is also a sculptor, and has other works inspired by Azerbaijani rugs that are actually three-dimensional, too).

“The carpet is a symbol of invincible tradition of the East, it’s a visualization of an undestroyable icon,” says Ahmed, “In my art I see the culture differently. This is more of expectation of a reaction because it’s exactly the change of the points of view that changes the world. Slight changes in the form of a carpet dramatically change it’s structure and maybe make it more suitable for the modern life.” 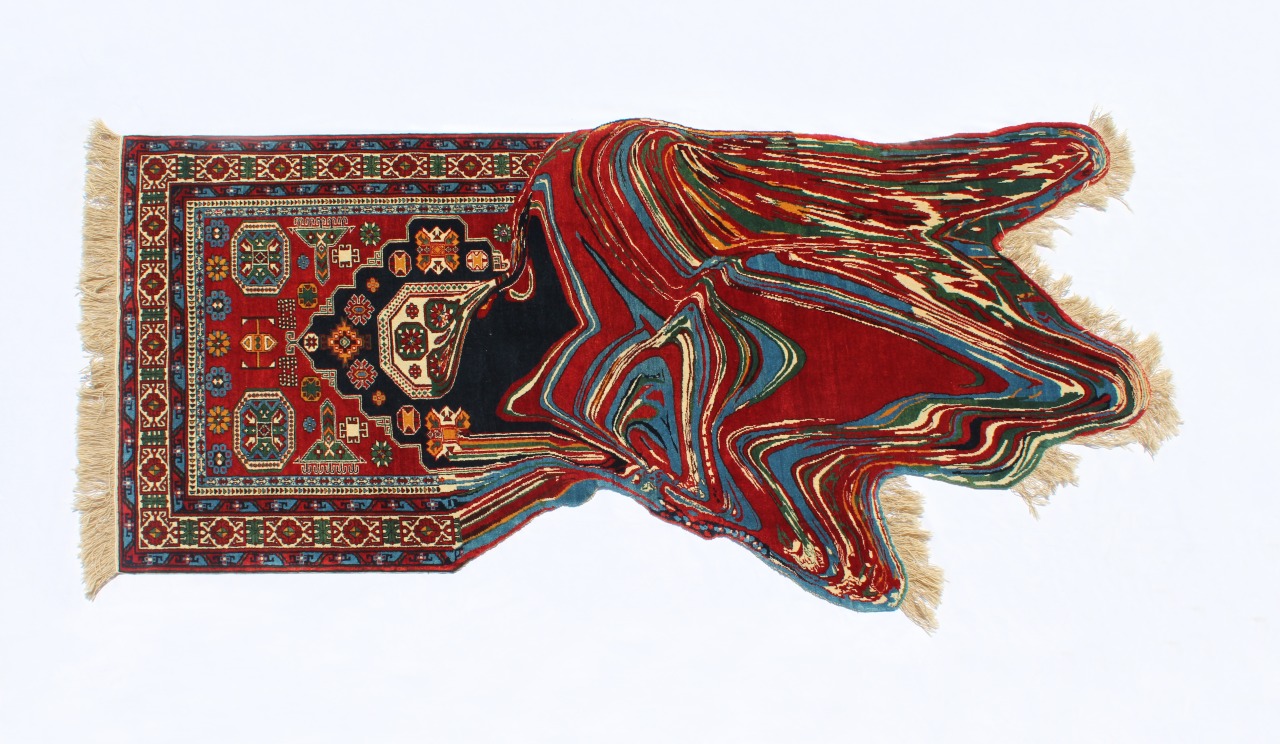 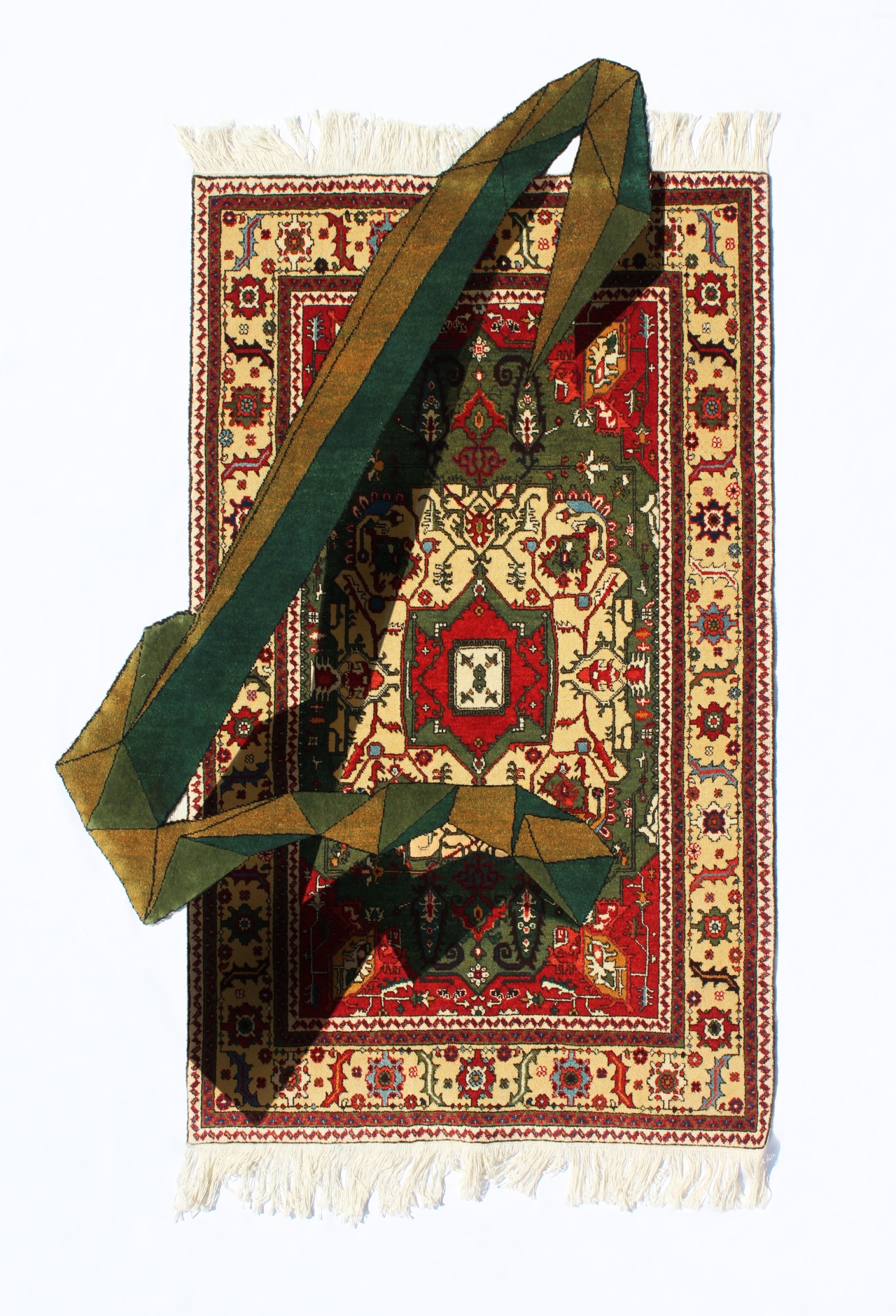 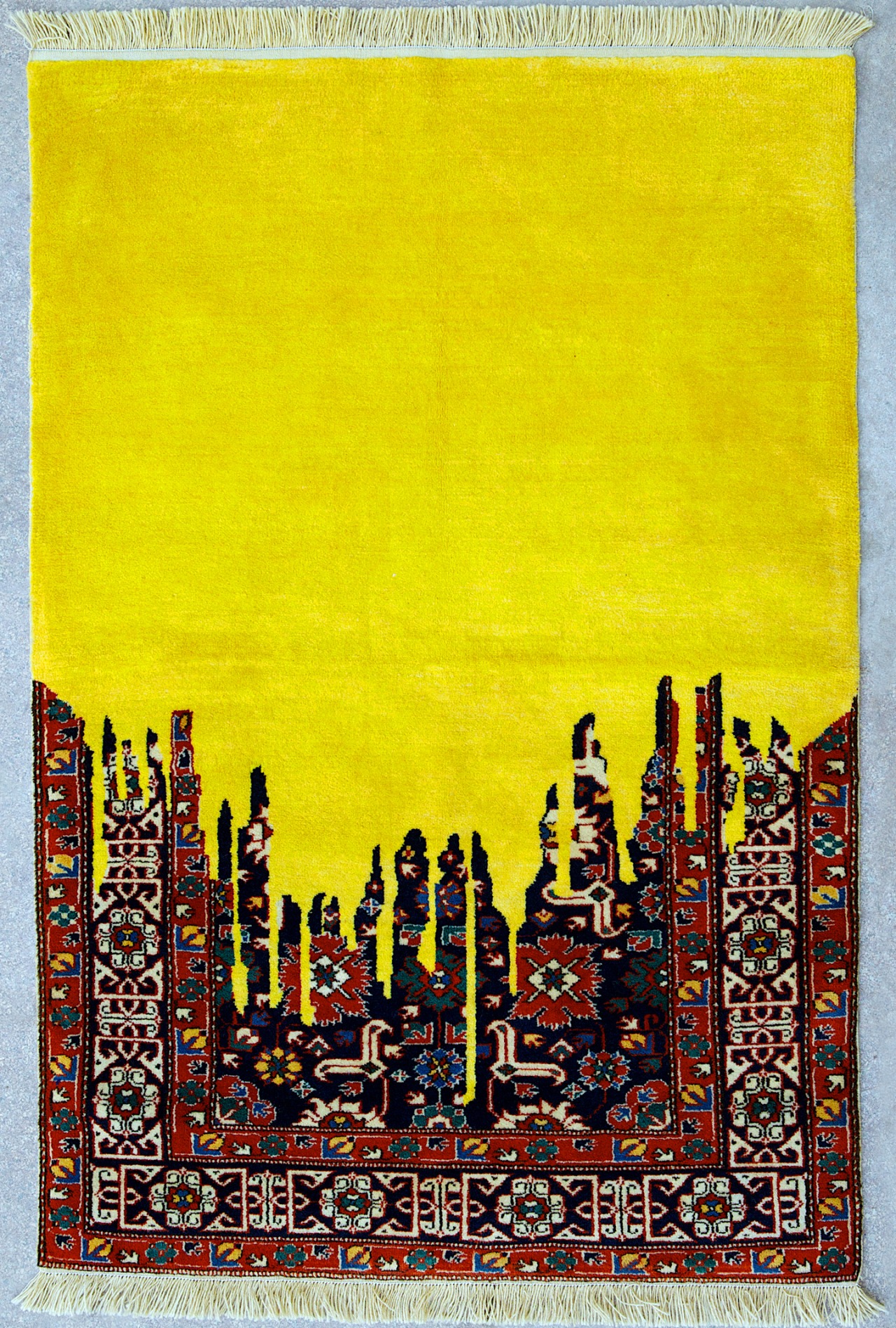 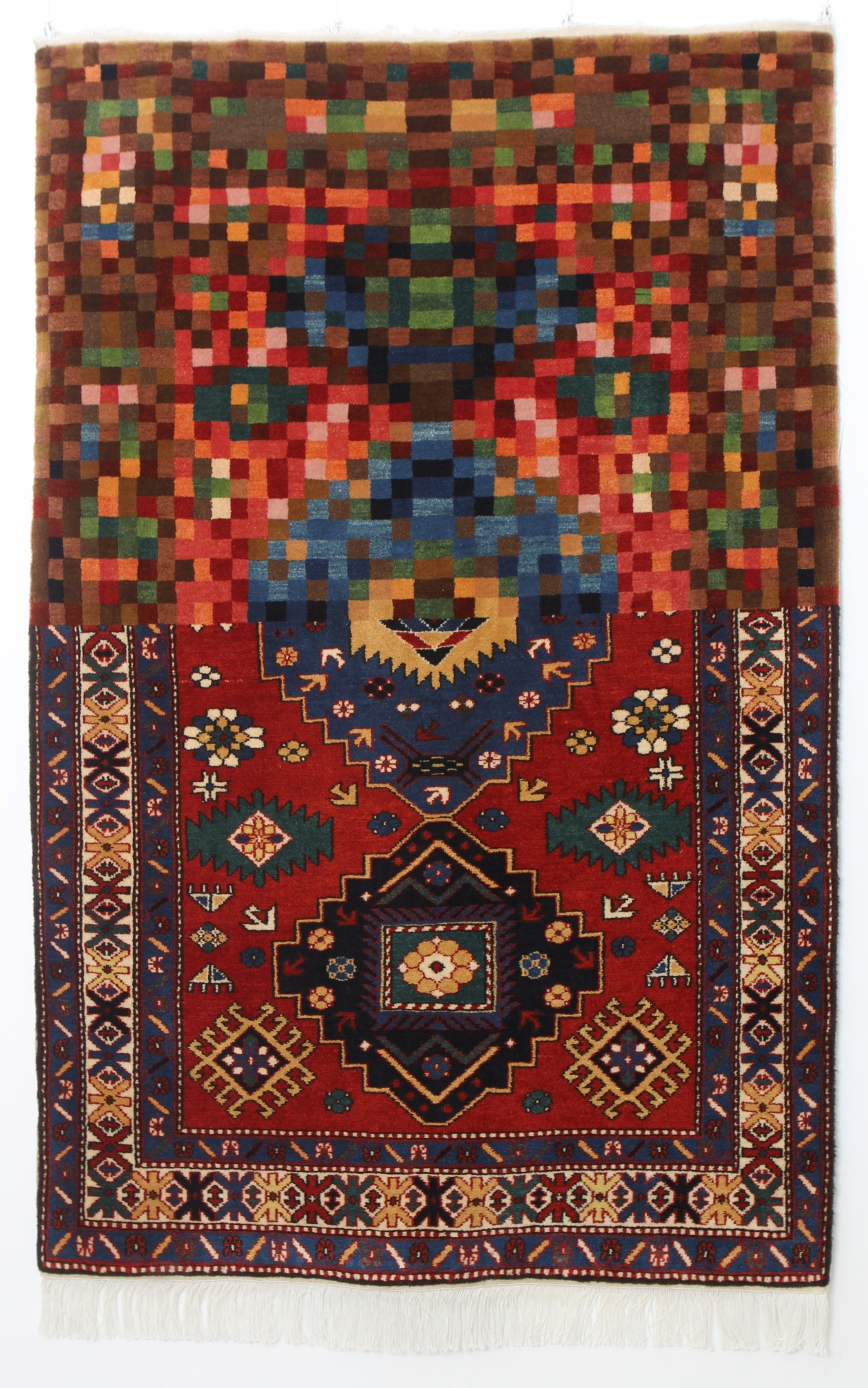 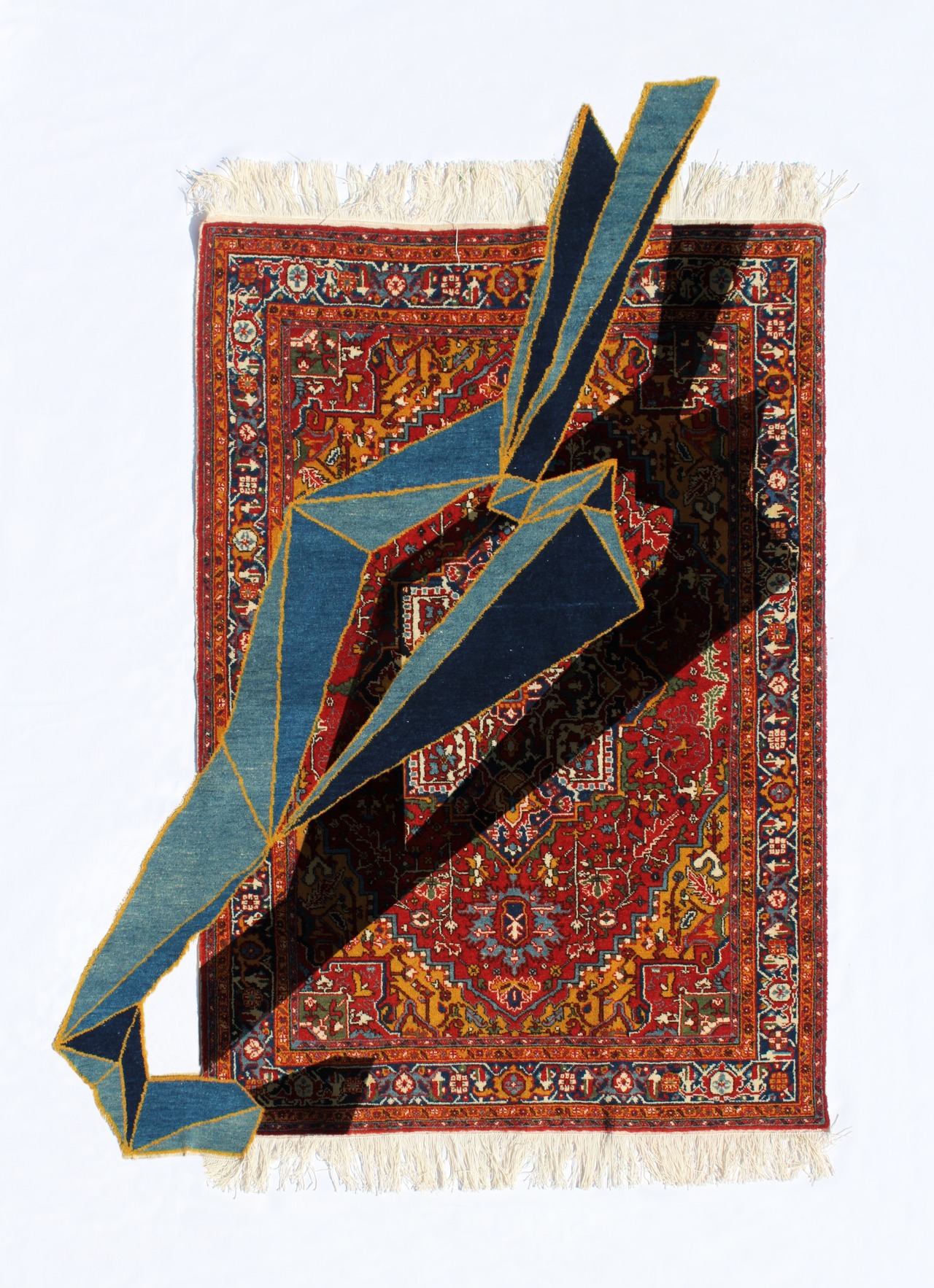 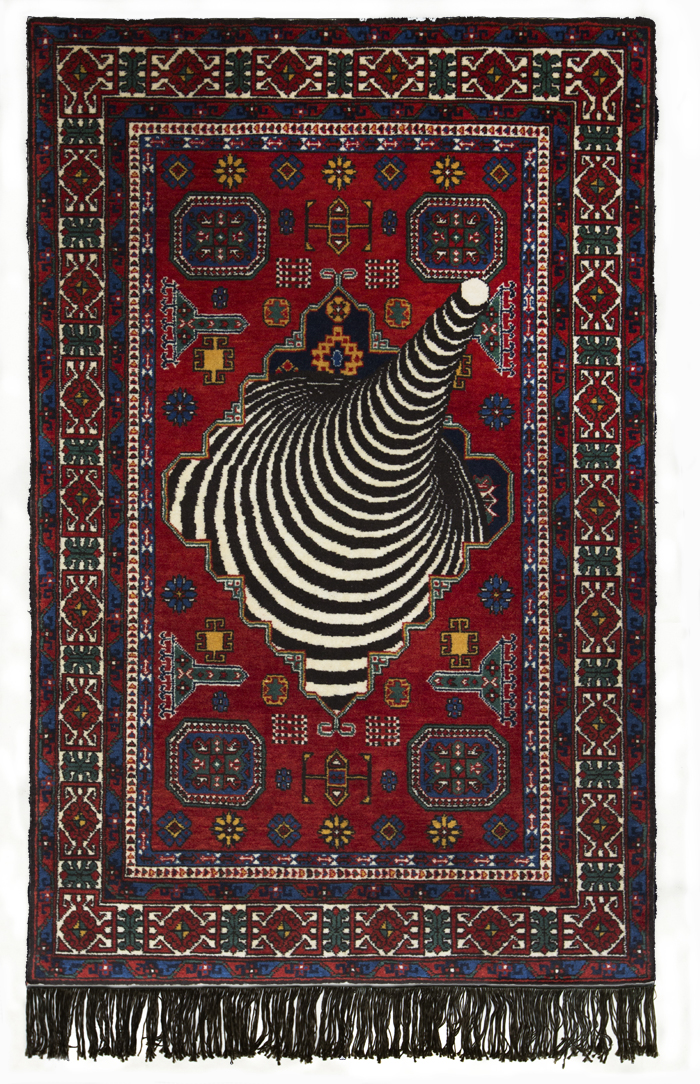 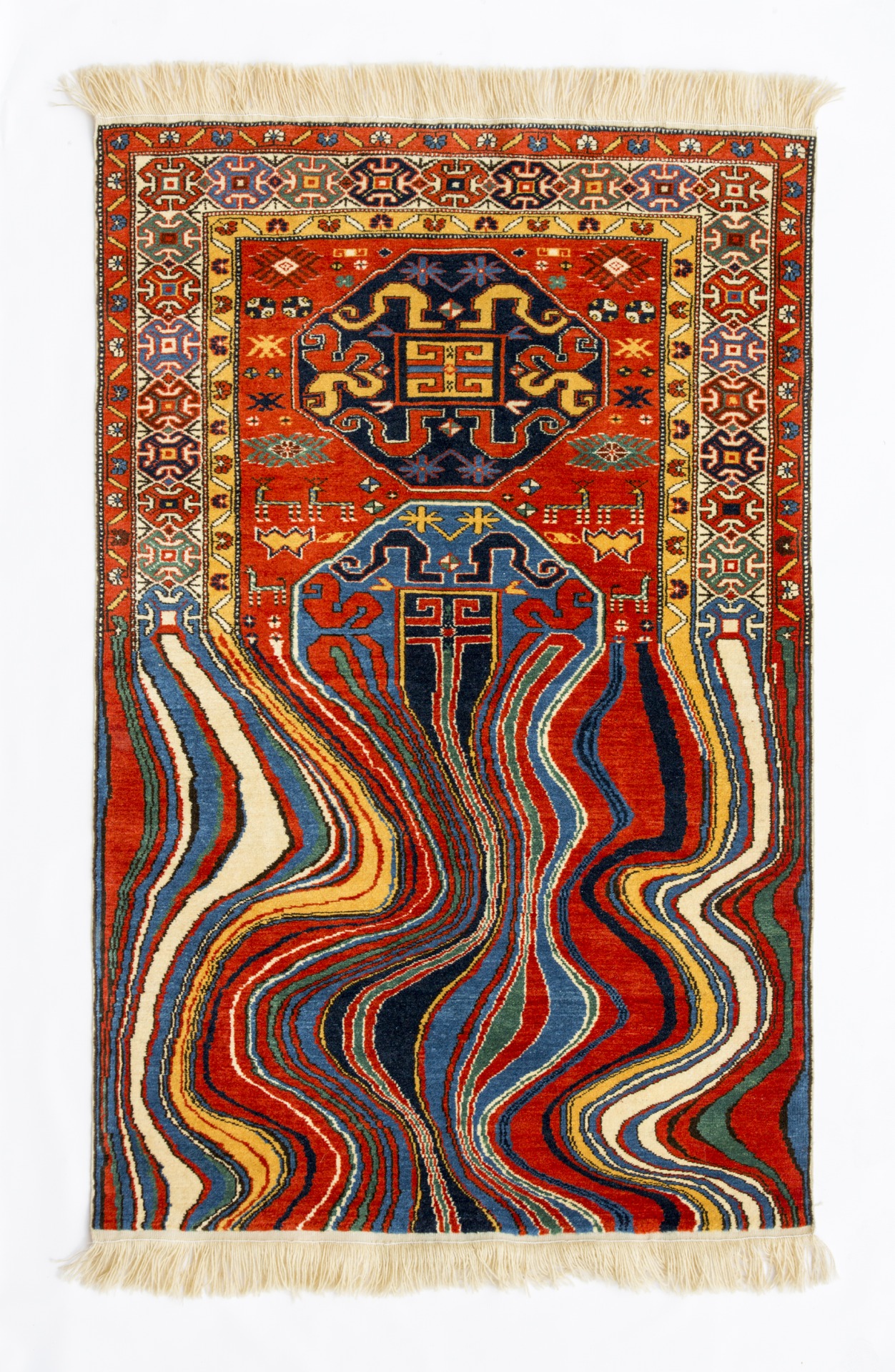 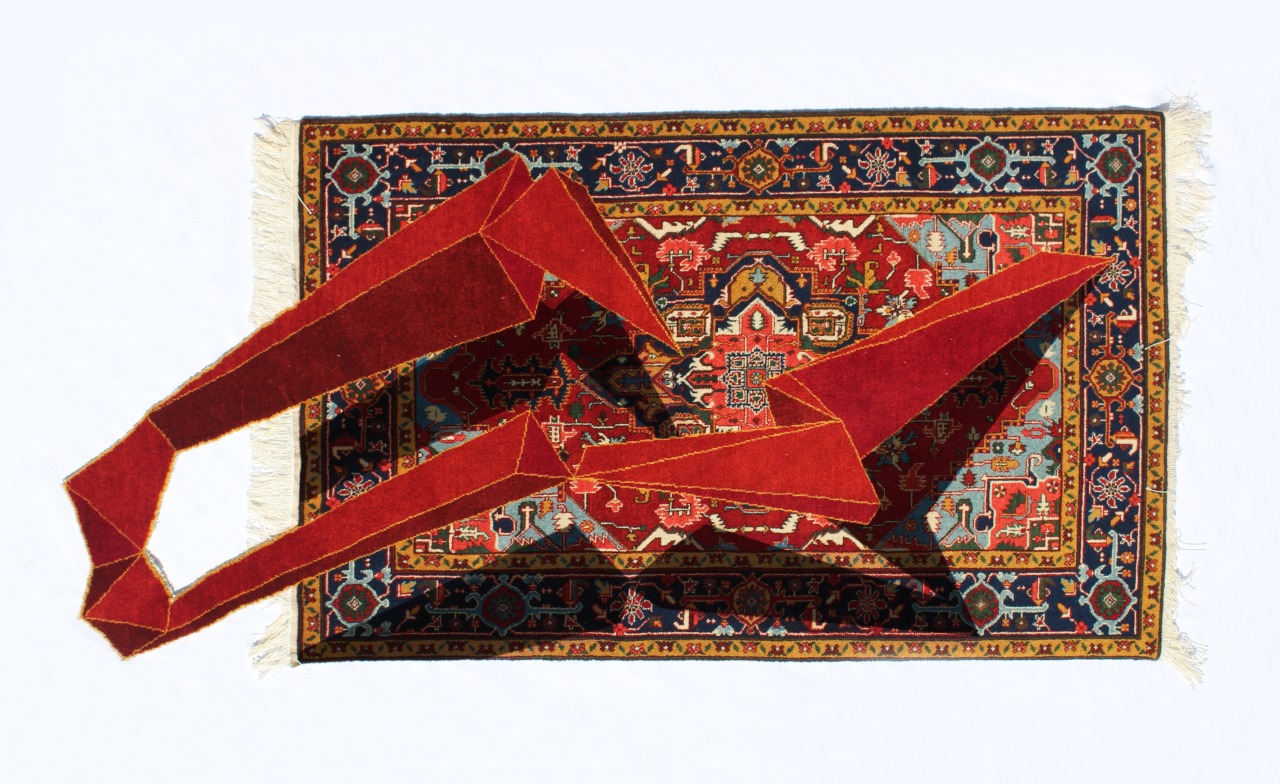 Many of these interesting illustrations by Simon Prades are GIFs with small areas of animation. They are abstract, surreal works in which strange objects…