Wild animals roaming city streets, and people in gas masks and space helmets, populate the cinematic, acrylic paintings of Alec Huxley. Most of these paintings are done in greys and dark tones, to capture the nighttime settings, and they almost feel dystopian. The animals (or other details) are in brighter, more typical colors which draw the viewer’s eyes.

Civilized Society and New World Monkey feature the masked man walking other primates on a leash, while My Reflection Kills shows him with an duo of panthers. Surgical Precision and The Ghost and the Darkness, meanwhile, feature other large cats stalking a man and woman. In two of the images, Passepartout and I Fell Into It Like a Daydream or a Fever, a hot air balloon and a train provide an anachronistic, steampunk contrast to the contemporary urban scenes.

Each of the paintings feels like it could be a frame from a science fiction movie, with their heightened style that still retains a sense of reality. Huxley lives in San Francisco, California, and much of his work is influenced by the landscapes of the American West Coast. 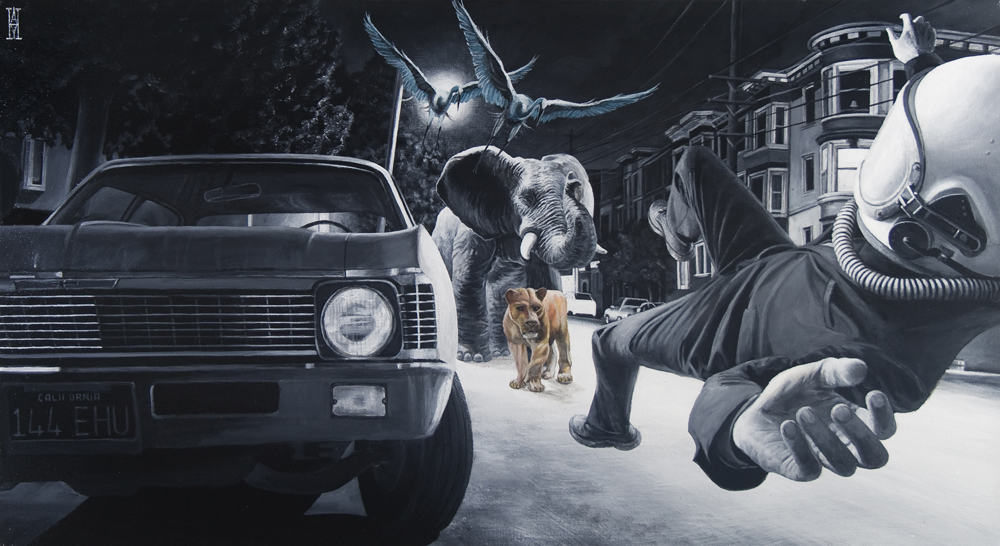 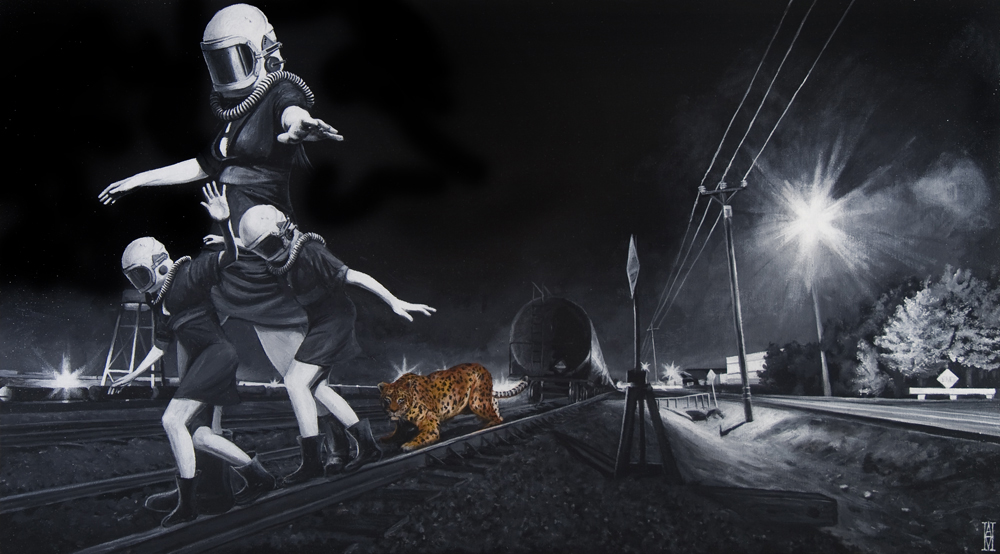 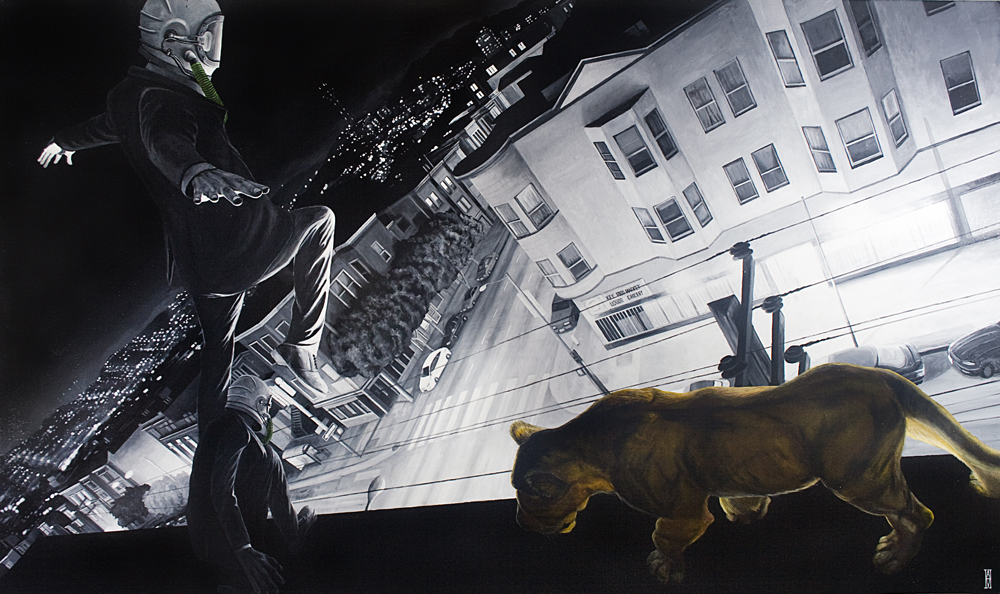 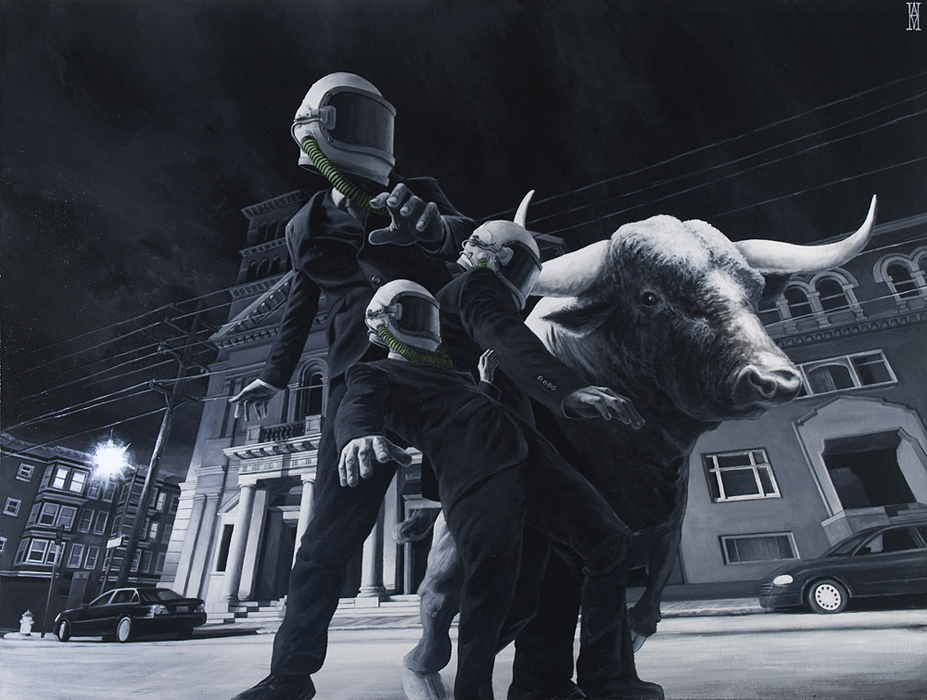 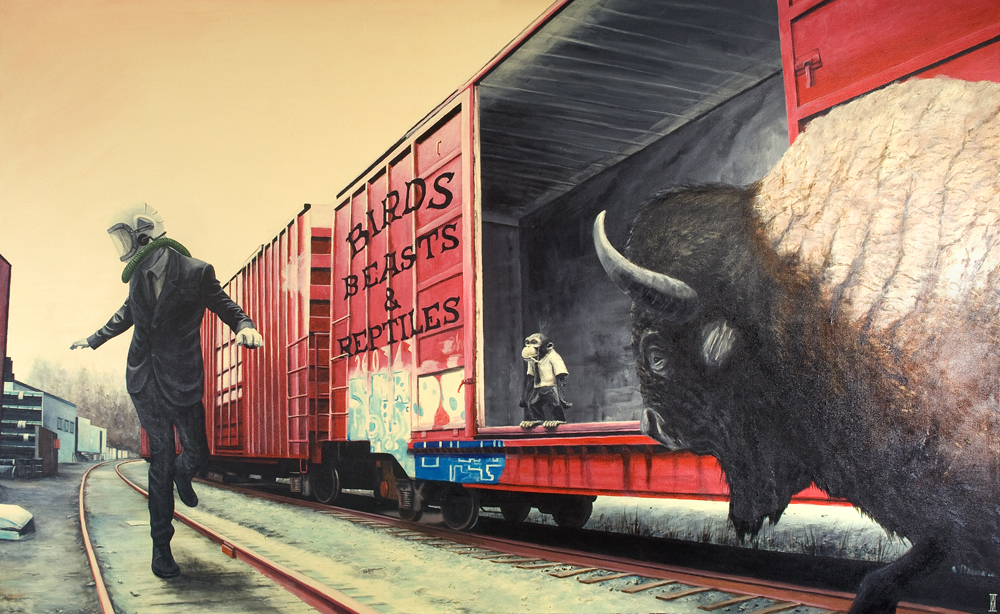 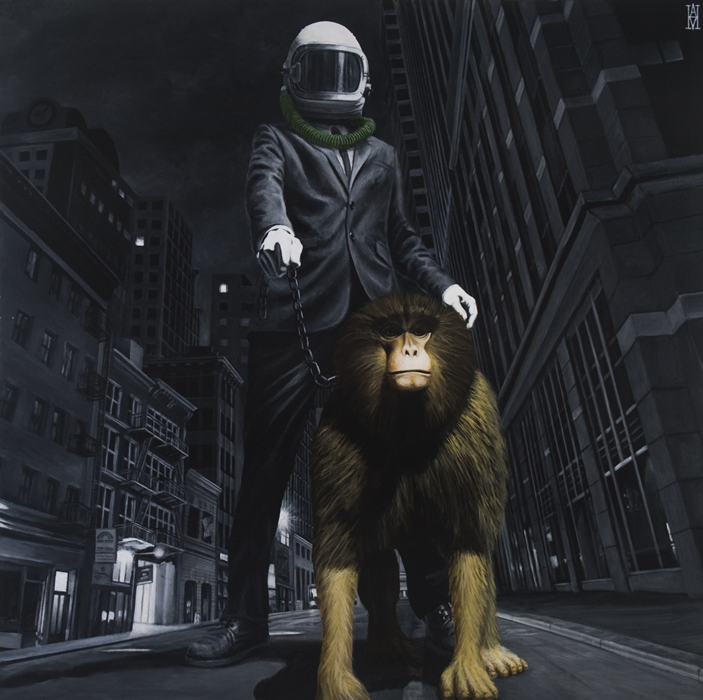 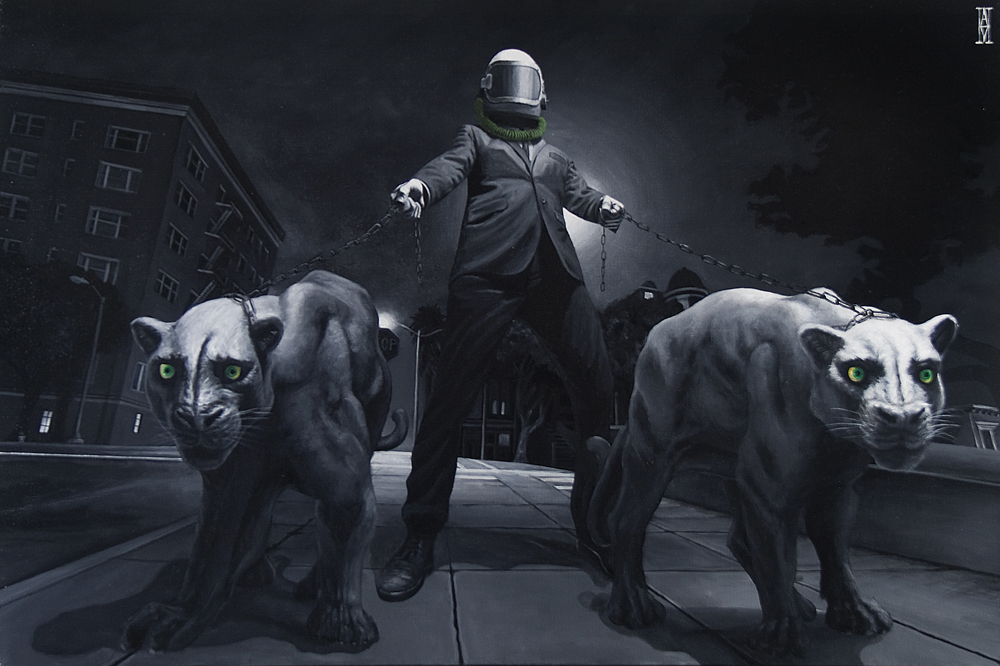 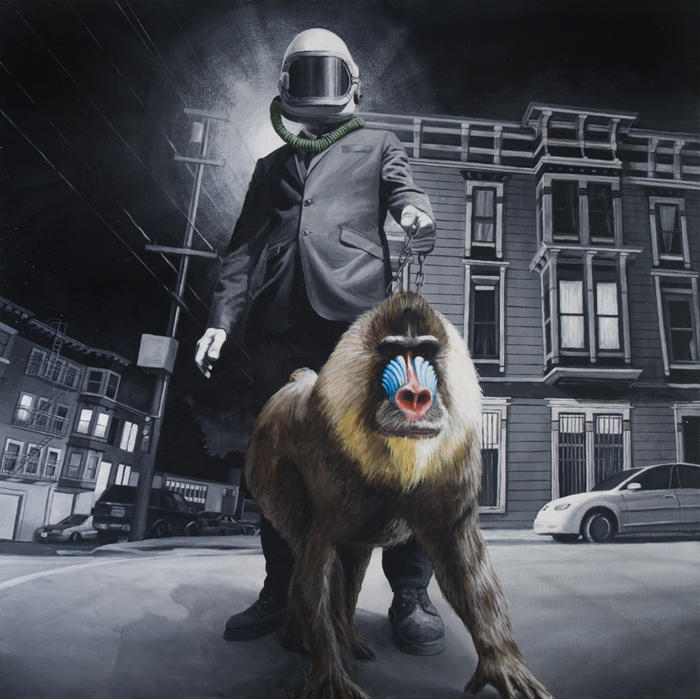 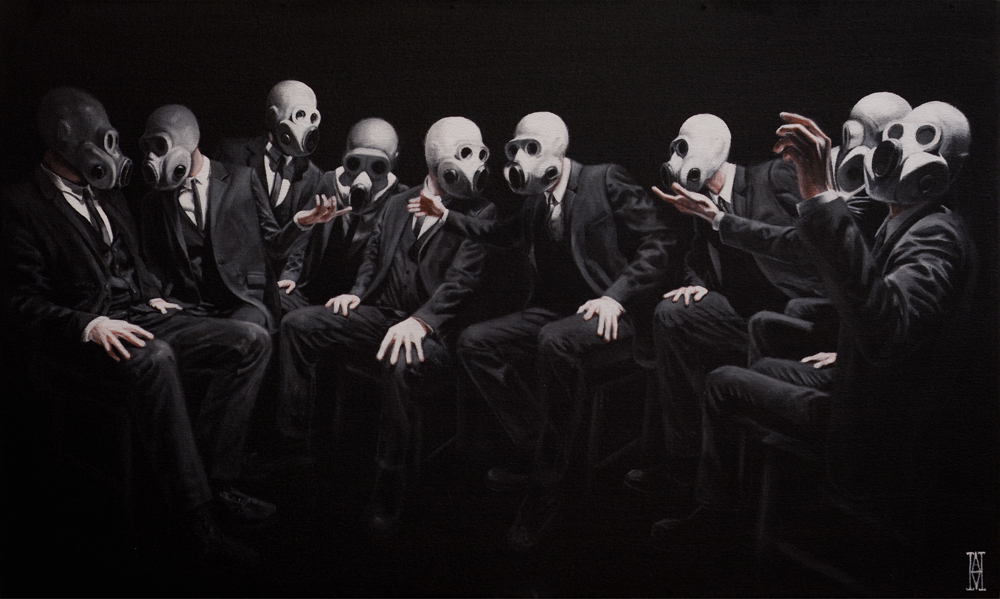 Christopher David Ryan, who also goes by his initials “CDR” and his studio’s name Atmostheory, created these colourful art prints. I like the positive, happy…