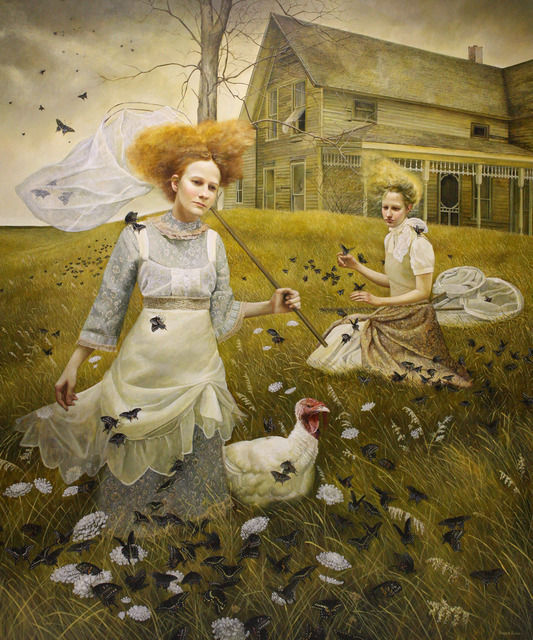 The acrylic paintings of Andrea Kowch are rural landscapes with a hint of surrealism or magical realism. Even though there’s nothing distinctly supernatural in the paintings, I do get a sense of absurdity and feel like the people in the paintings are just moments away from stepping into a fantasy world or experiencing some mystical events.

Most of her subjects are women, who often have frizzy, windswept red hair. Their clothing often appears old-fashioned, but there are touches of modernity and interesting patterns, which makes it hard to place the images in a specific period. Their expressions show them lost in thought or staring back at the viewer with a mysterious but meaningful glance.

Animals also appear frequently in the paintings, with at least a few starlings or blackbirds flying in the sky of most images. Some of the animal appearances are quite a bit more unusual: two women holding multiple rabbits in Marsh Hare, a goat and a hedgehog joining the women sitting on a picnic blanket in Tea, and a flock of birds and a dog causing a disturbance in the kitchen while three women bake pies in The Visitors.

Although the landscapes of grassy fields and stormy skies may at first appear desolate, plain, or foreboding, I think the animals and other touches show the beauty and magic of nature.

Kowch is from Michigan, and her paintings definitely show the influence of the Midwestern United States’ landscape and the work of other artists who’ve done similar pastoral scenes, like Andrew Wyeth and Grant Wood. However, I think she brings a quirky sensibility to the scenes which is open to interpretation.

“The stories and inspiration behind her paintings stem from life’s emotions and experiences, resulting in narrative, allegorical imagery that illustrates the parallels between human experience and the mysteries of the natural world,” reads Kowch’s biography, “Real yet dreamlike scenarios transform personal ideas into universal metaphors for the human condition, all retaining a sense of vagueness to encourage dialogue between art and viewer.” 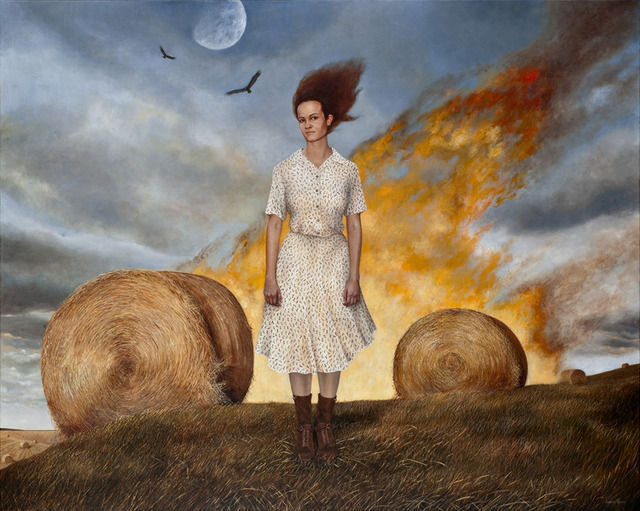 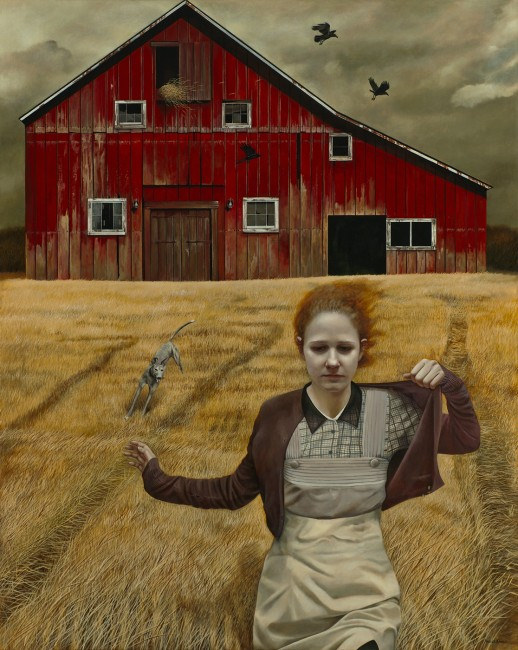 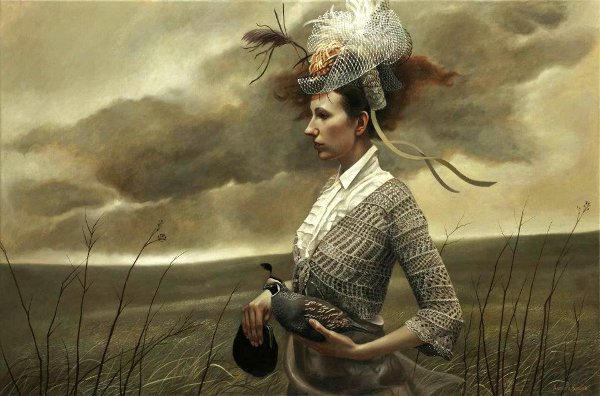 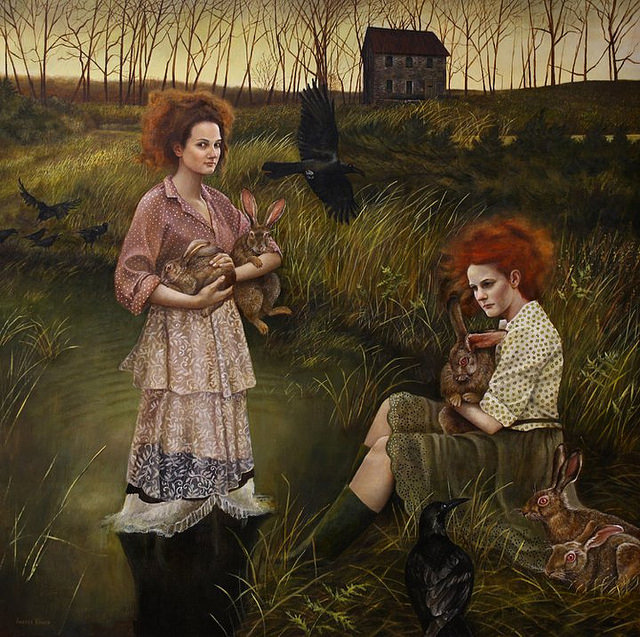 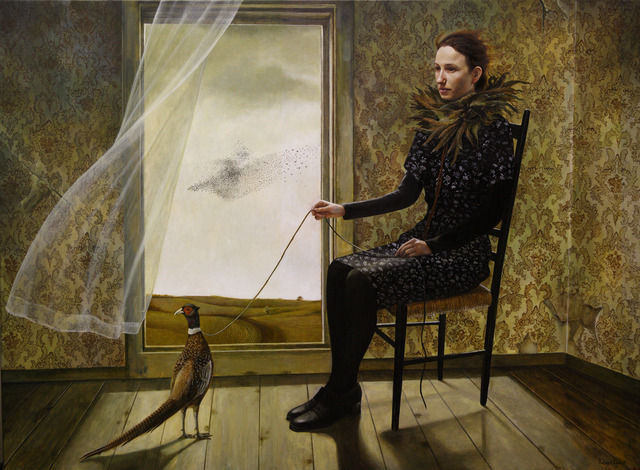 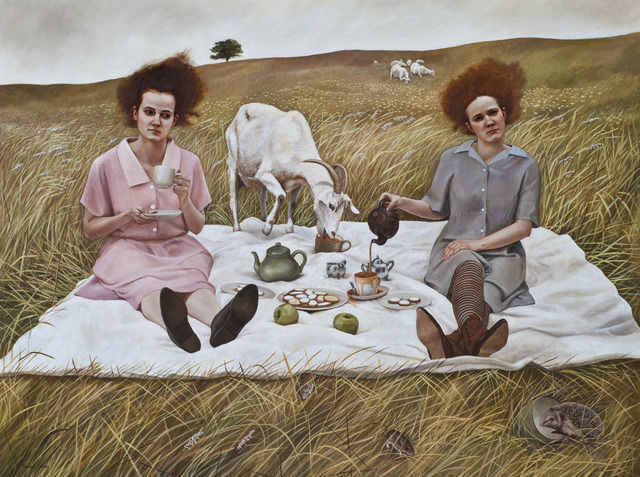 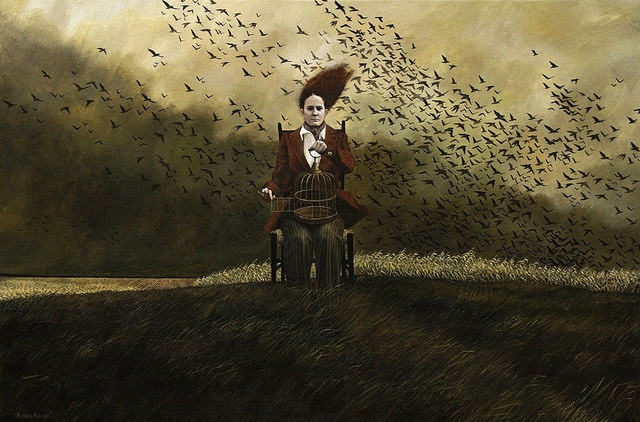 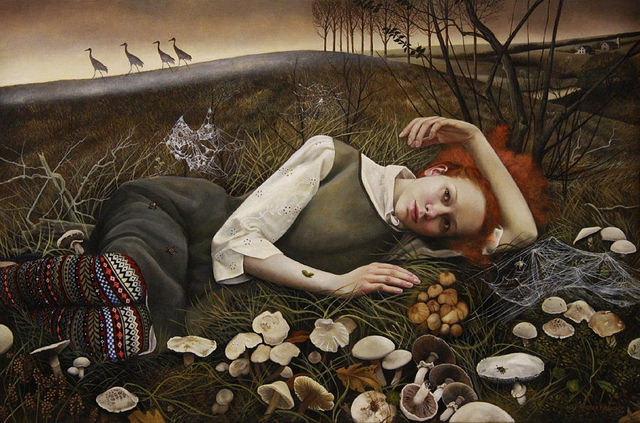 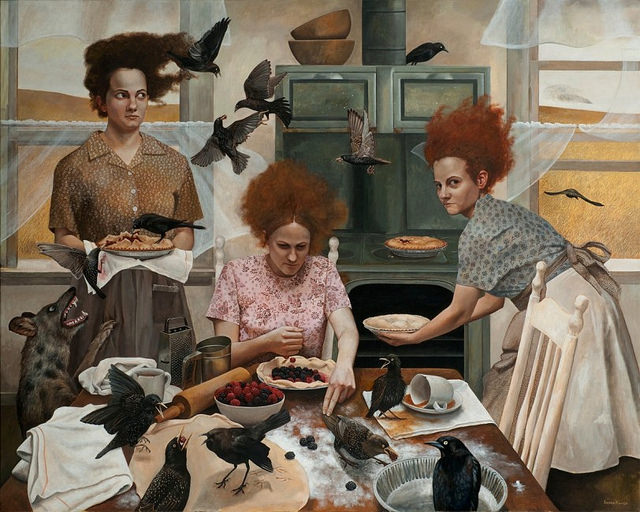 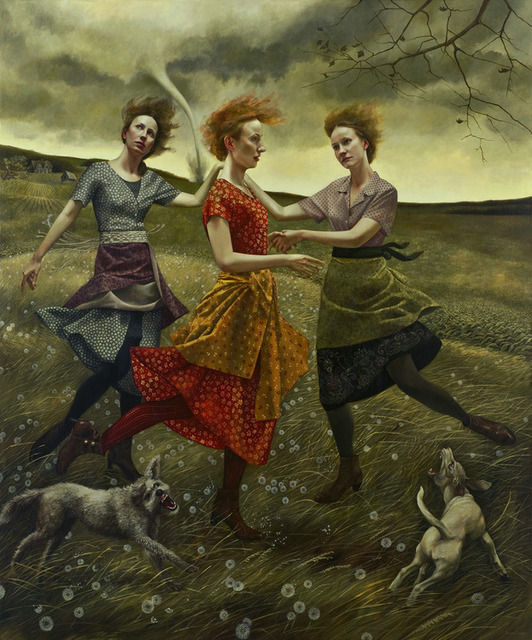 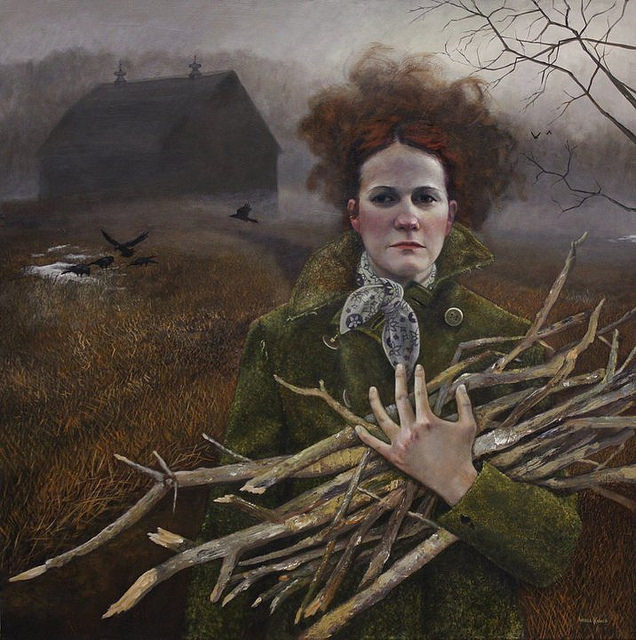 Takeru Toyokura‘s Children Wonder series of illustrations show children playing. However, things are not all fun and games, and there is an element of danger…