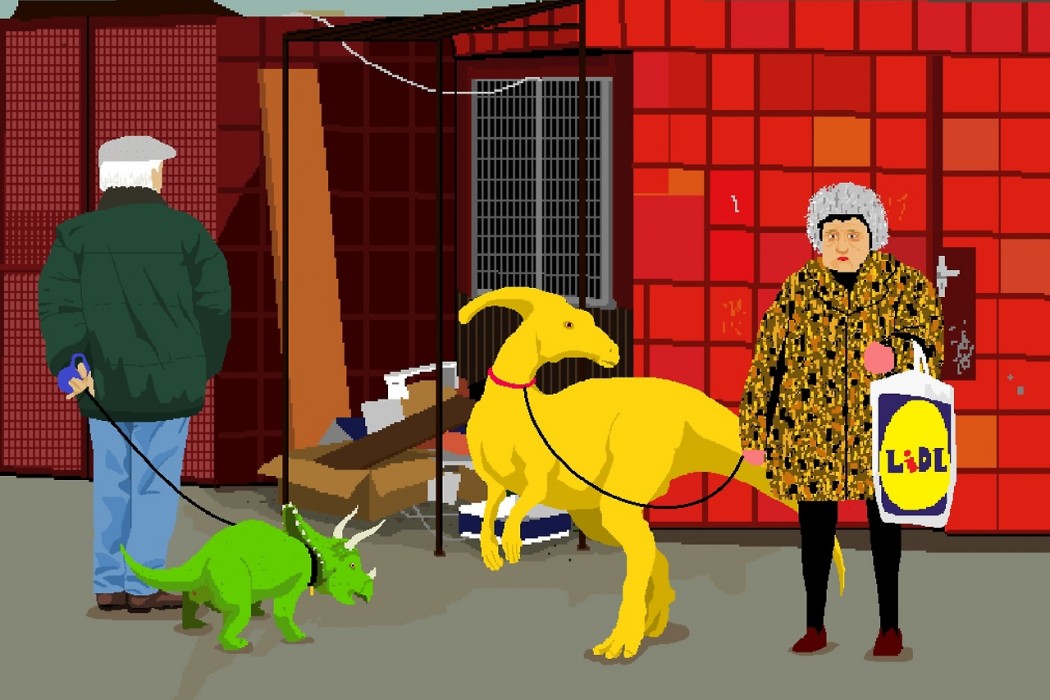 These animated GIFs and pixel art by Noemi Mondik show reality-based but strange “slices of life,” among a few more surreal scenes containing dinosaurs. One image shows the artist herself spitting out a window onto the ground several floors below. Other pictures show the city’s homeless, trash left on the street (including a used condom), a slice of pizza spinning in a microwave, and dinos taking over playgrounds and streets.

They are all created in Microsoft Paint, and while they do show the trademark jagged lines and pixelization of this medium, they also show a surprising amount of detail. The artist is from Budapest, Hungary, where she is a student at the Hungarian University of Fine Arts. She says that she began drawing out of bitterness about the area where she grew up. 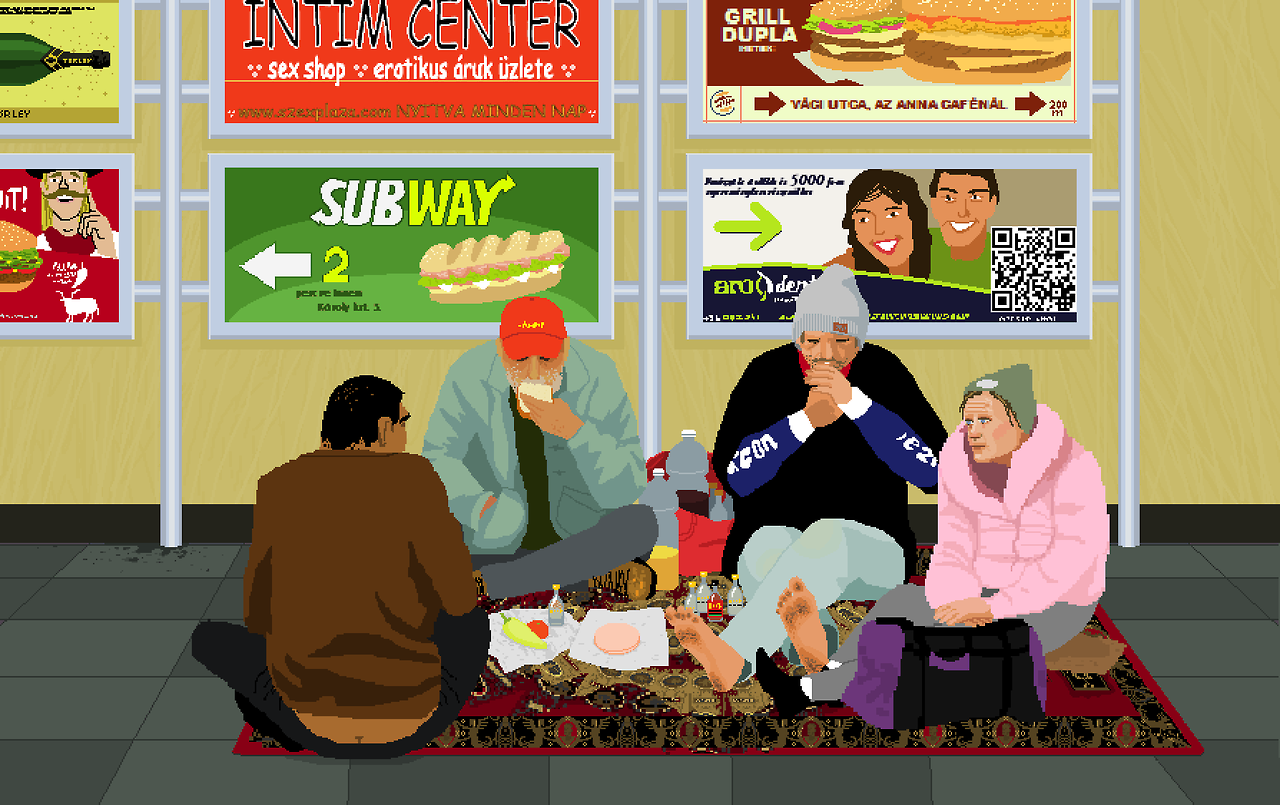 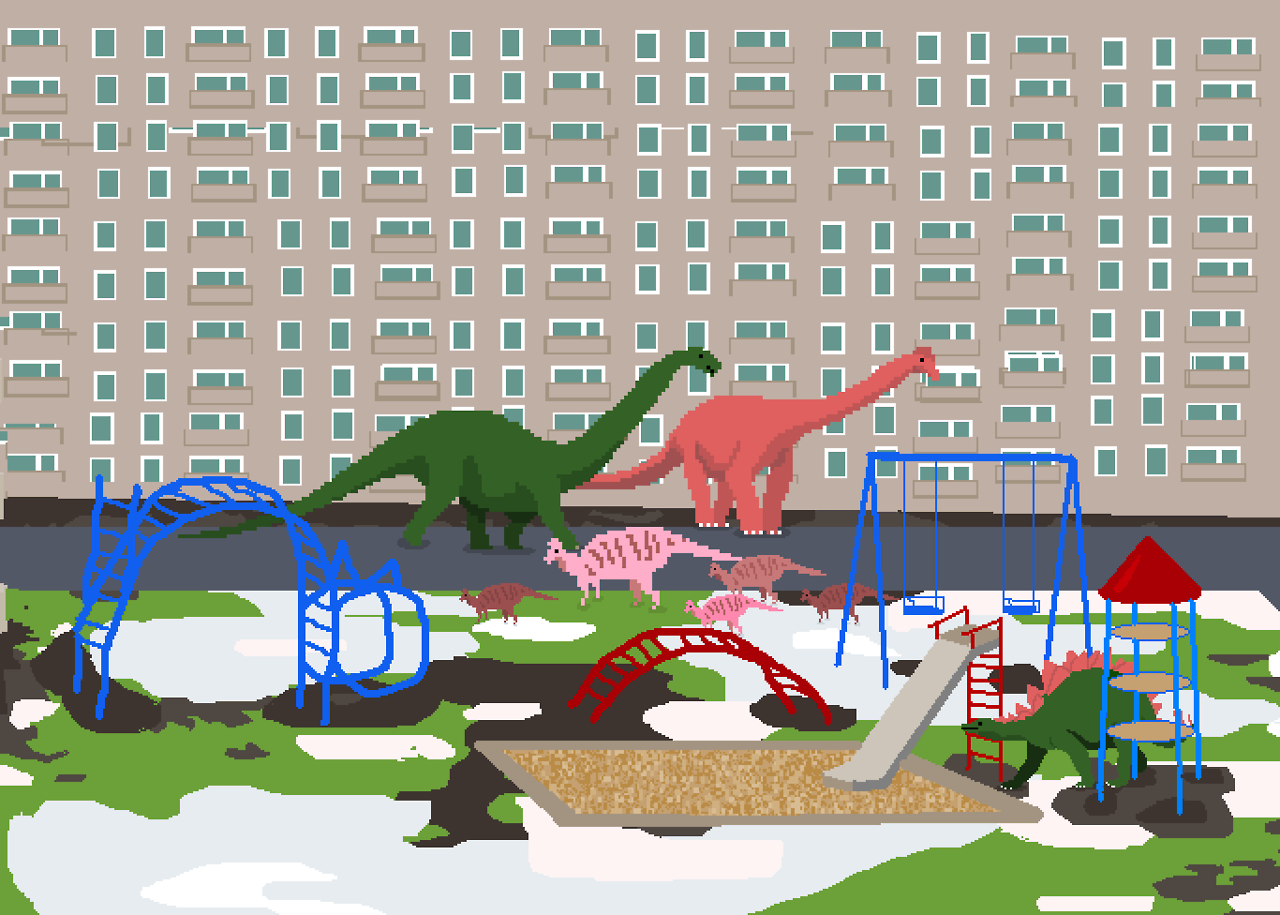 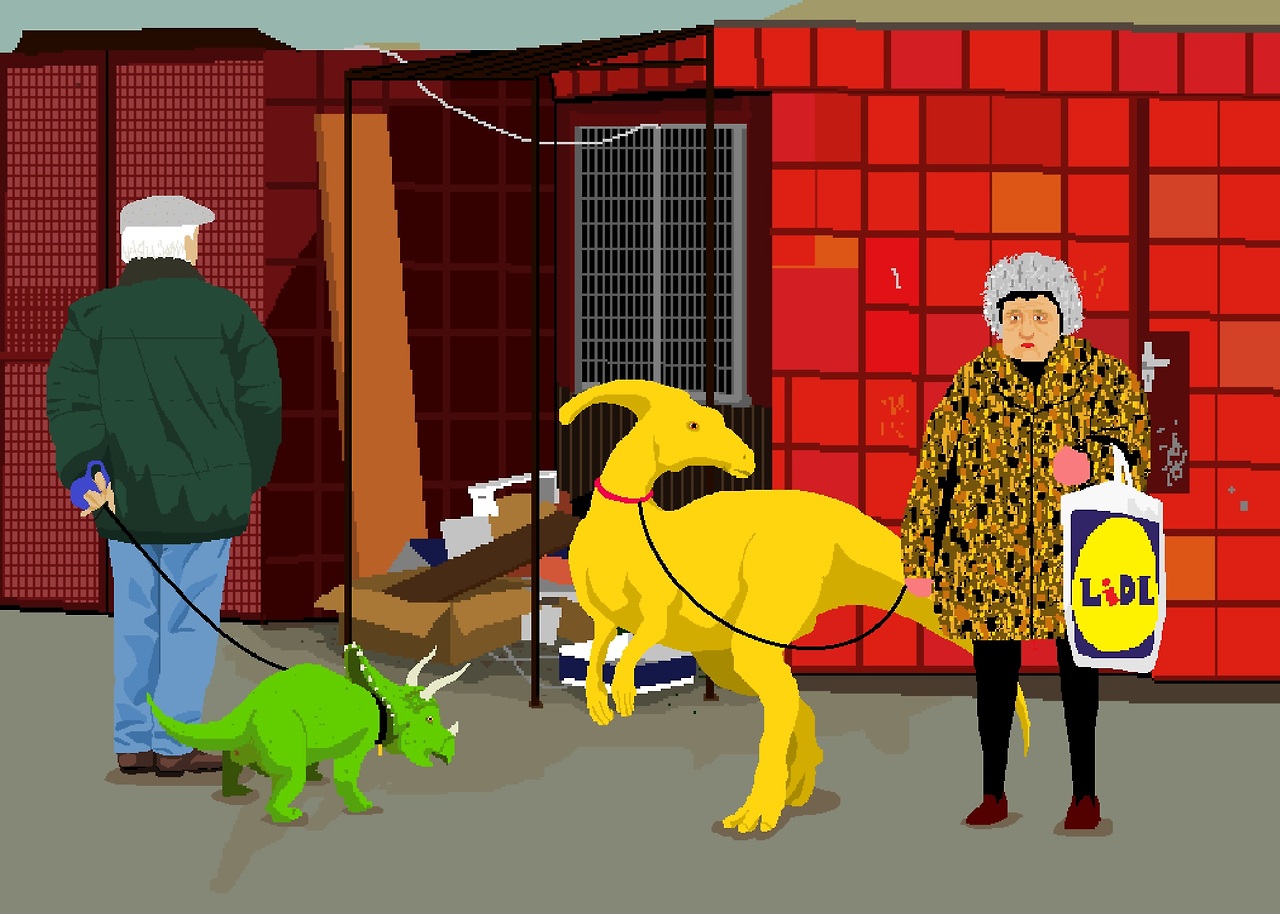 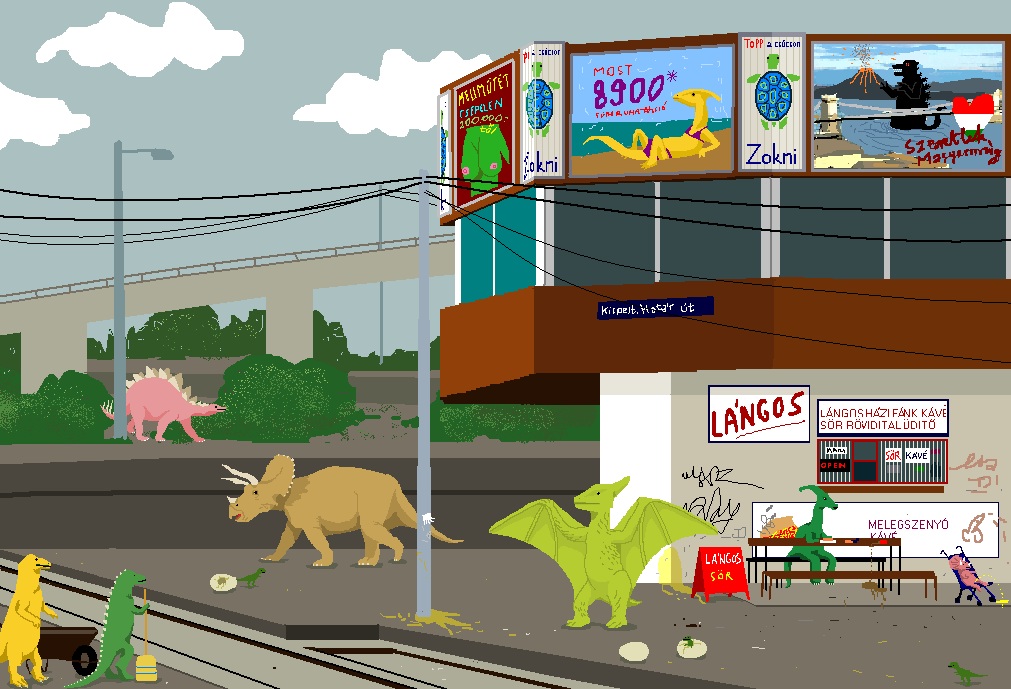 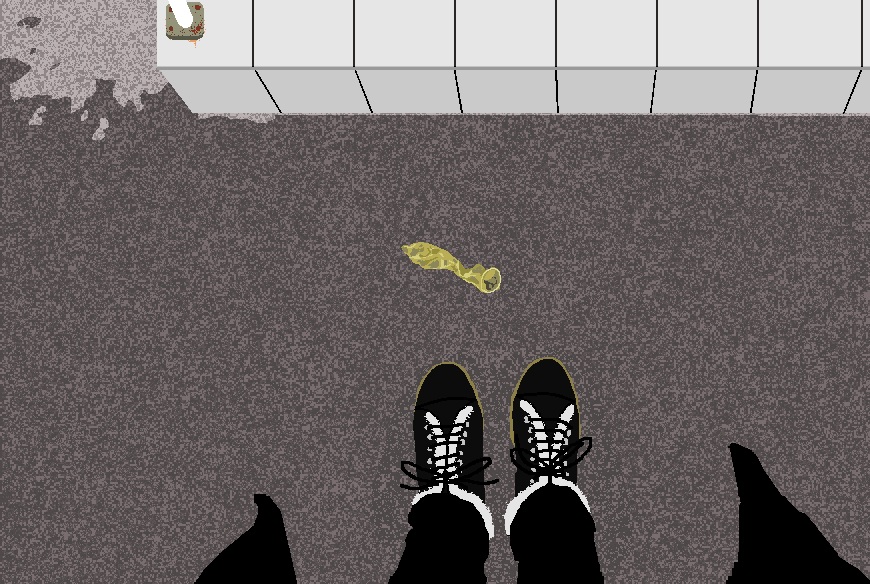 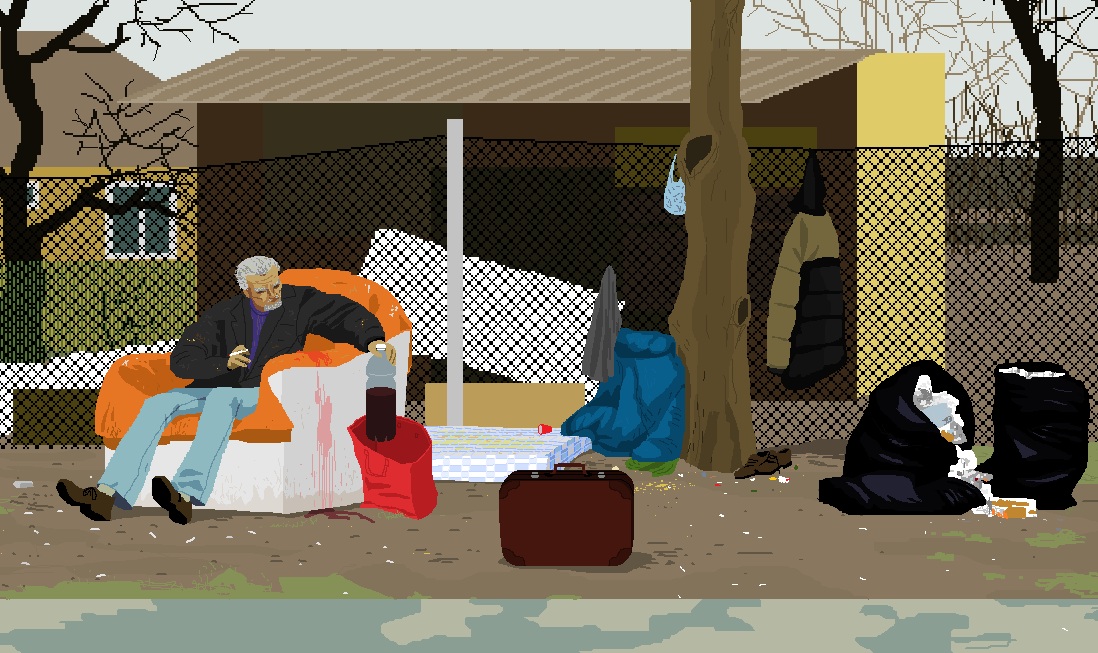 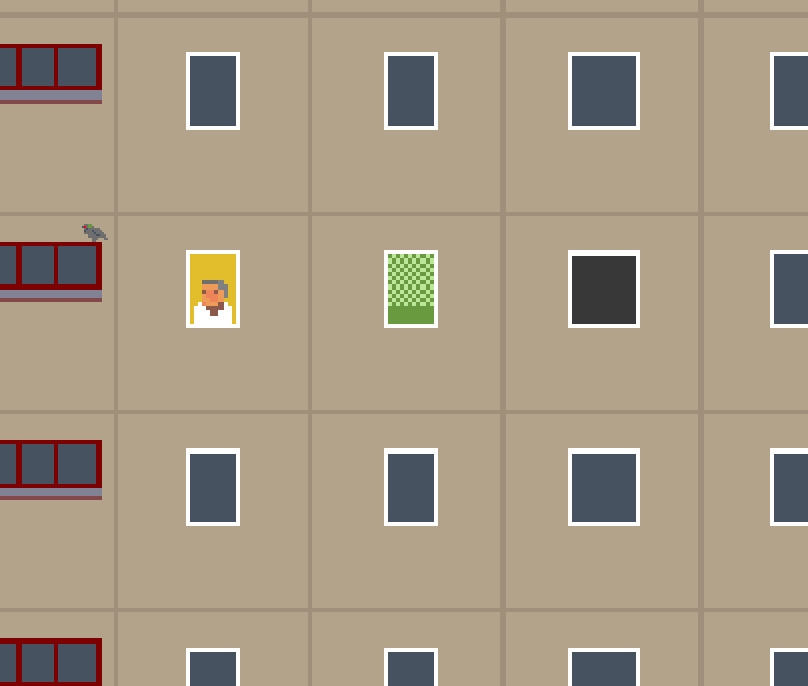 Apu cigizik a konyhaablakban (Dad smokes in the kitchen window) 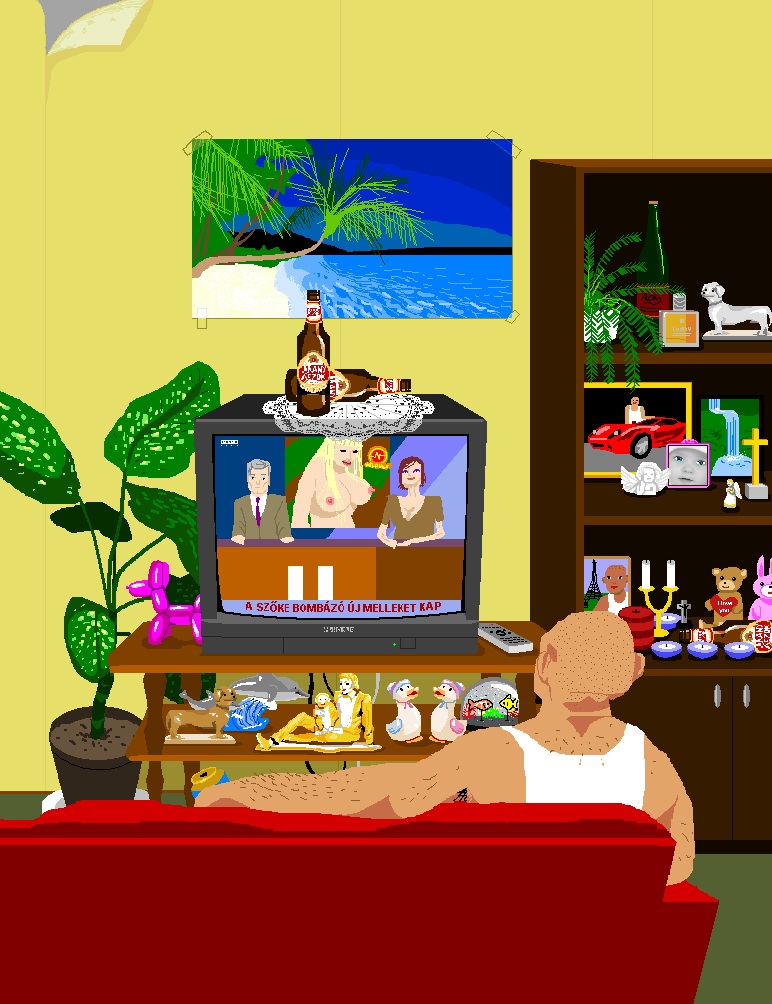 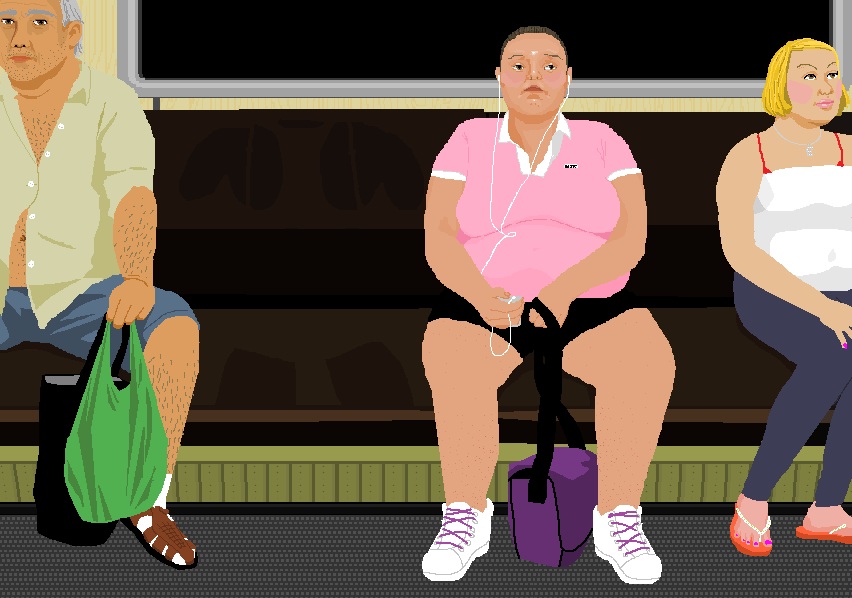 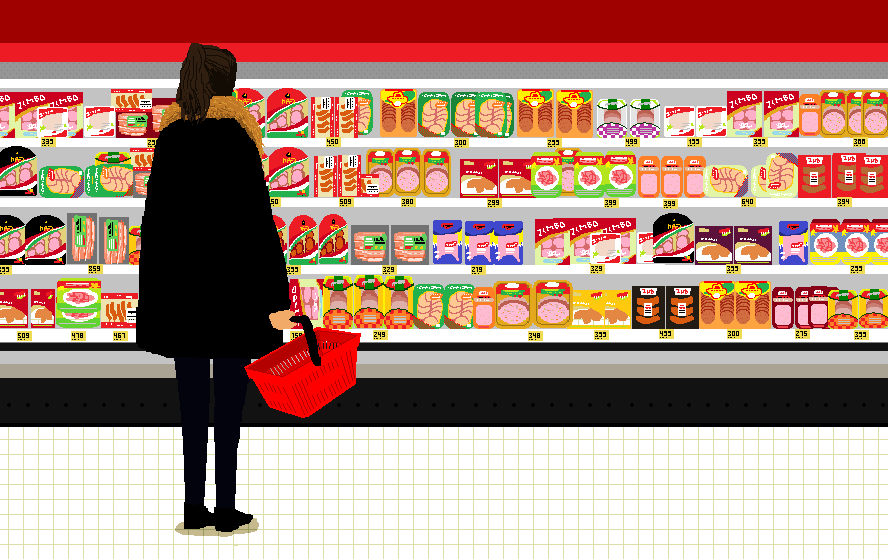 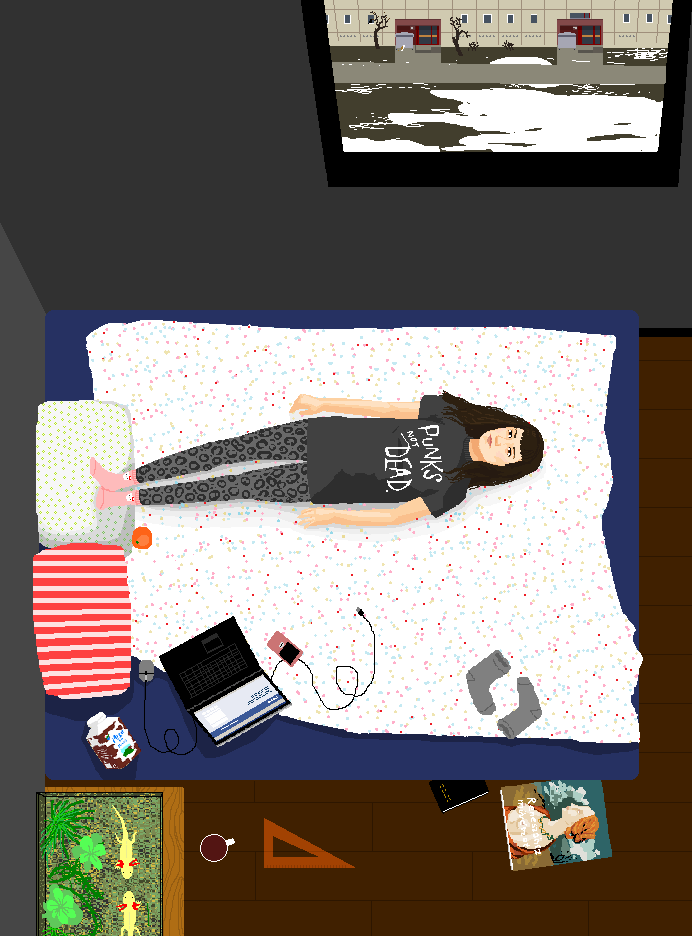 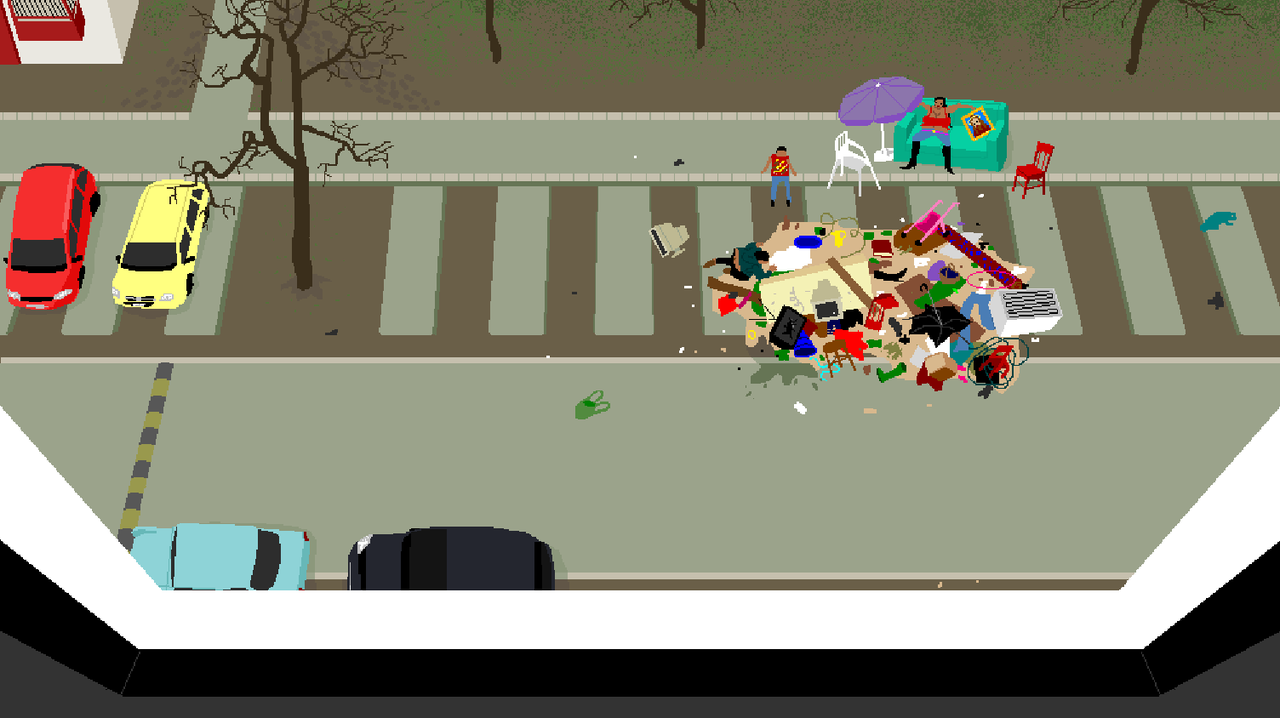