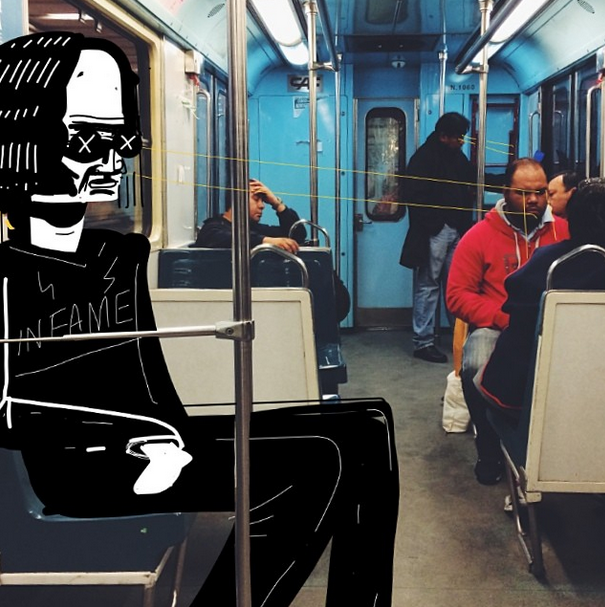 Diego Huacuja, an illustrator and animator from Mexico, created these interesting sketches. Each piece is a digital drawing over a photograph. The drawn portions have a loose quality, and are mostly in black and white, but the snapshot photos are in colour.

The series is called Callejeros, from a Spanish word describing something that is on the “street” or “stray.” They show urban scenes that aren’t particularly notable, but become a strange kind of cartoon when new characters are added to the picture. The series captures the same sort of everyday things a street photographer would be interested in, only some of the elements are from the imagination of the artist rather than real life.

A couple of the images show mannequins with new heads and other features added, and I think these are the ones I like best. I also enjoy the creativity behind the image which shows a damaged post box, lying on its side, as a military tank. Other pictures show a woman having money stolen from her purse by a pickpocket, people sitting in the street talking on cell phones, and people walking on the street or using public transportation. 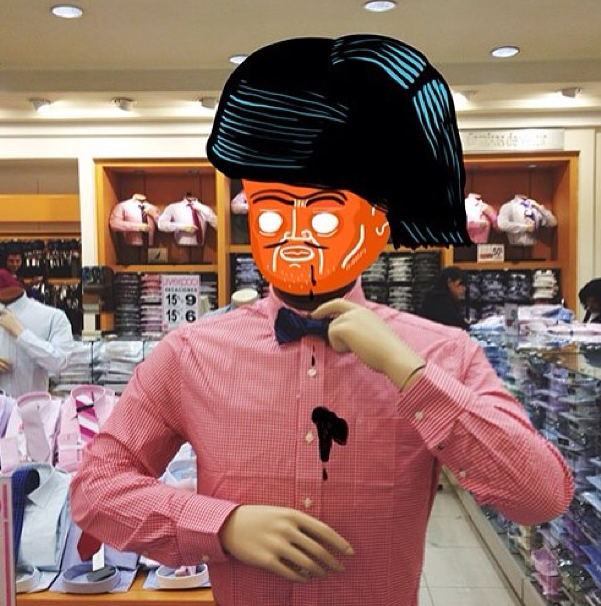 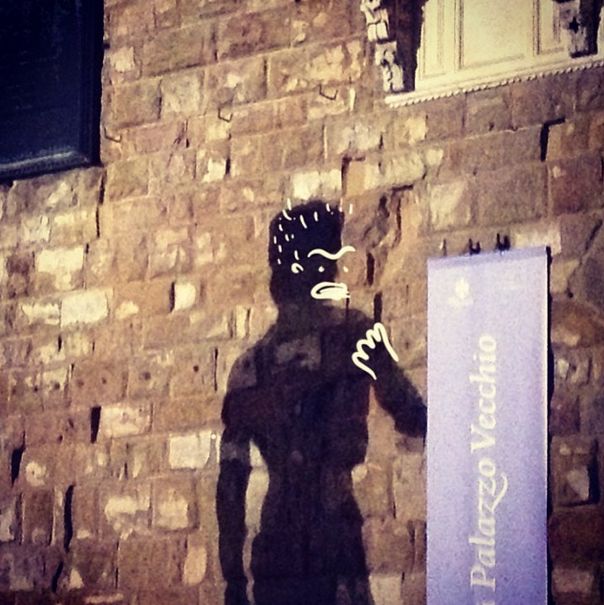 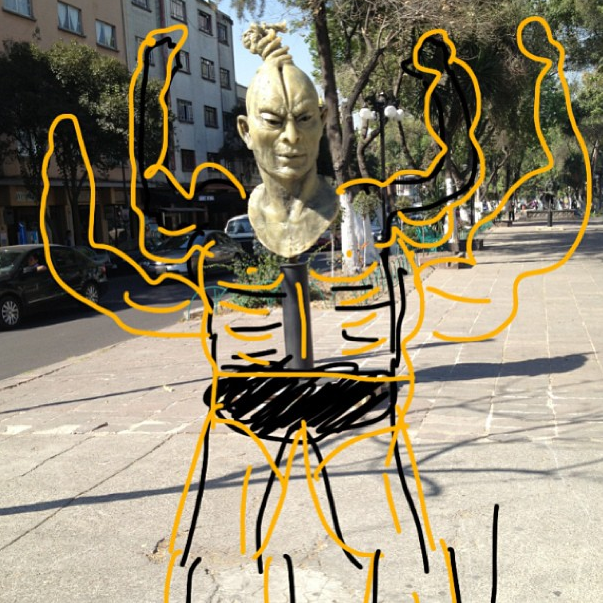 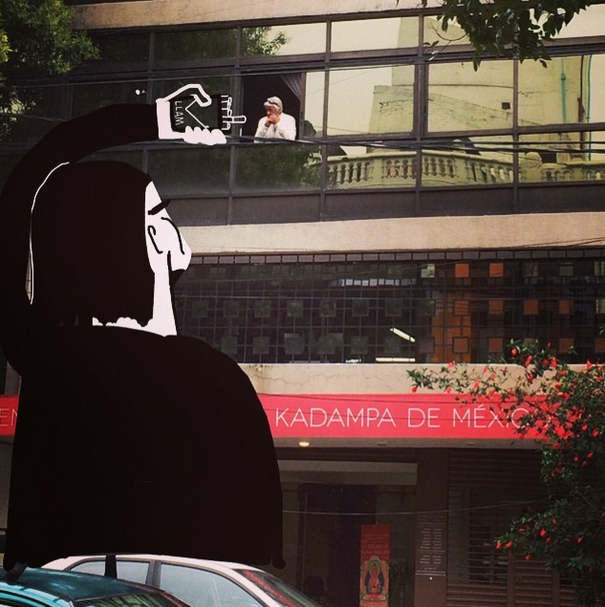 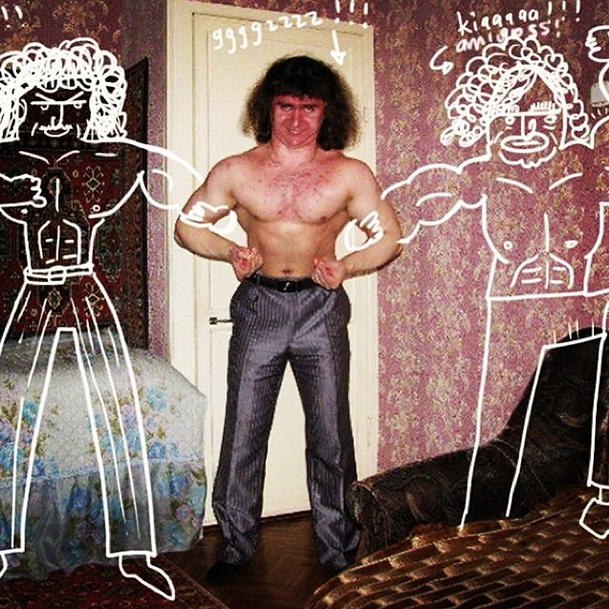 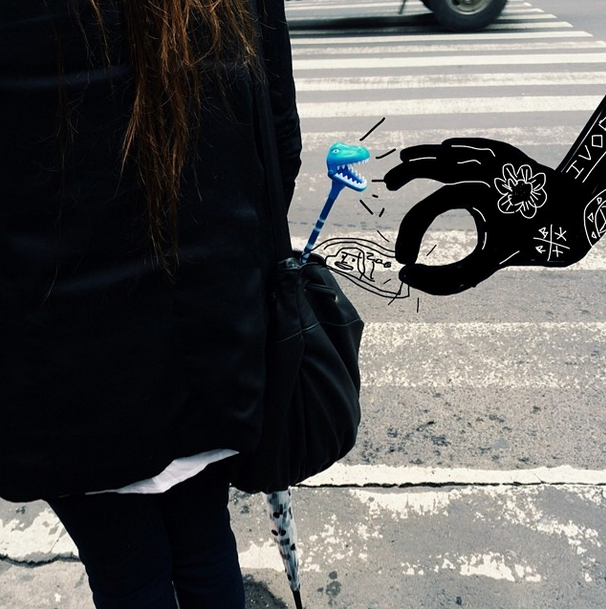 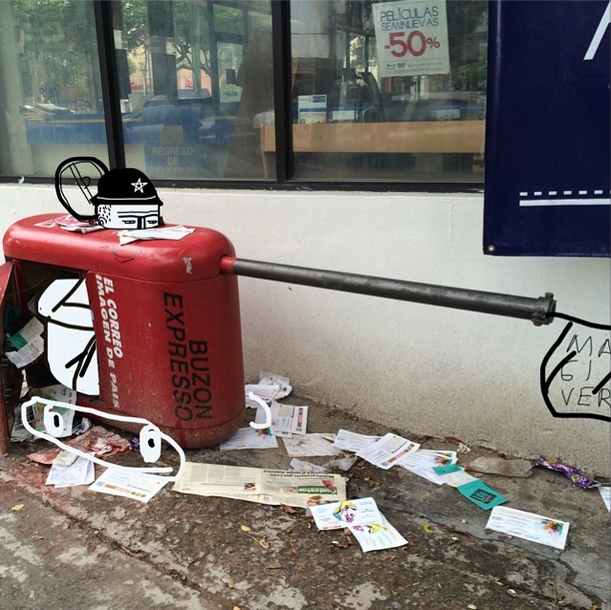 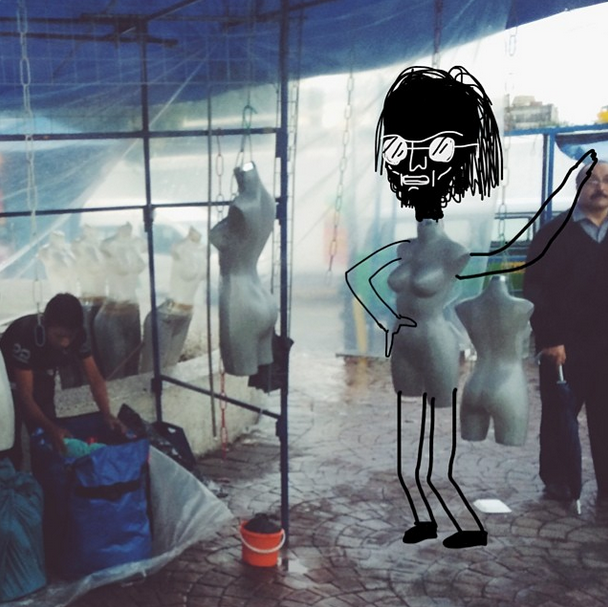 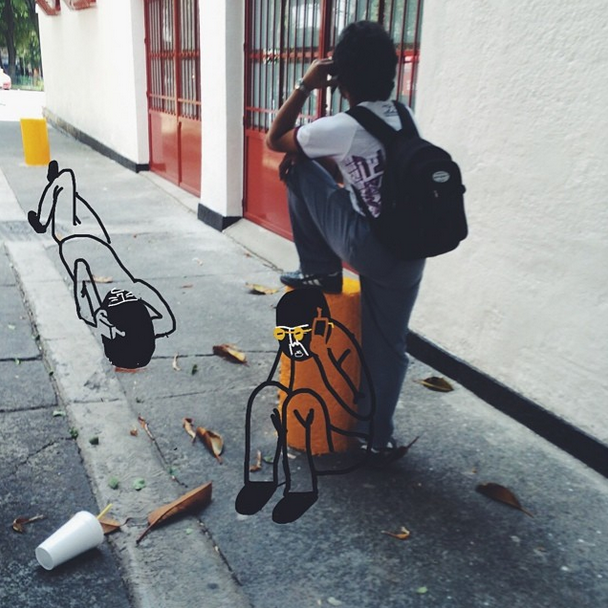 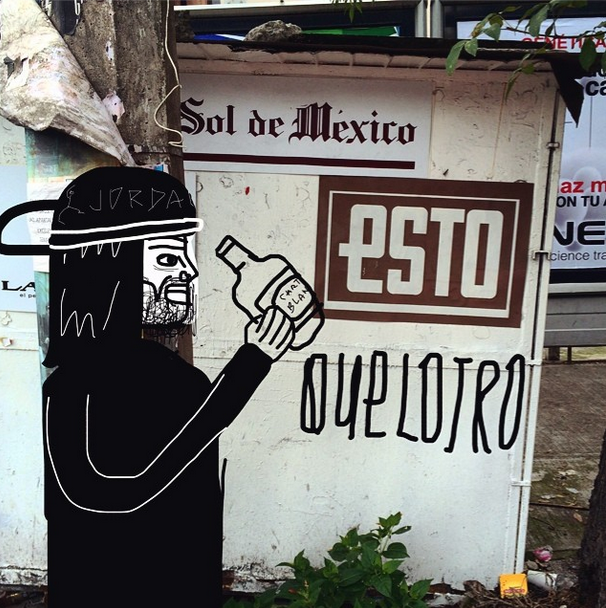 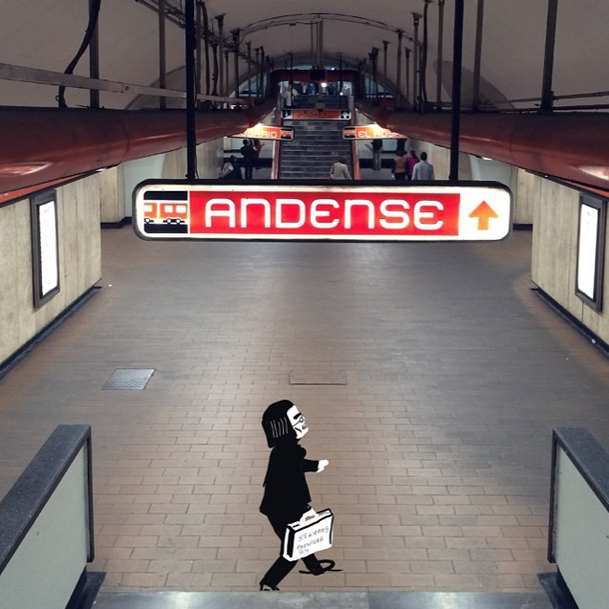 Disney Characters Confront Real World Problems in “Unhappily Ever After”

We found these pictures of Disney and Pixar characters in the real world via Creative Visual Art. Unhappily Ever After shows the classic animated characters…