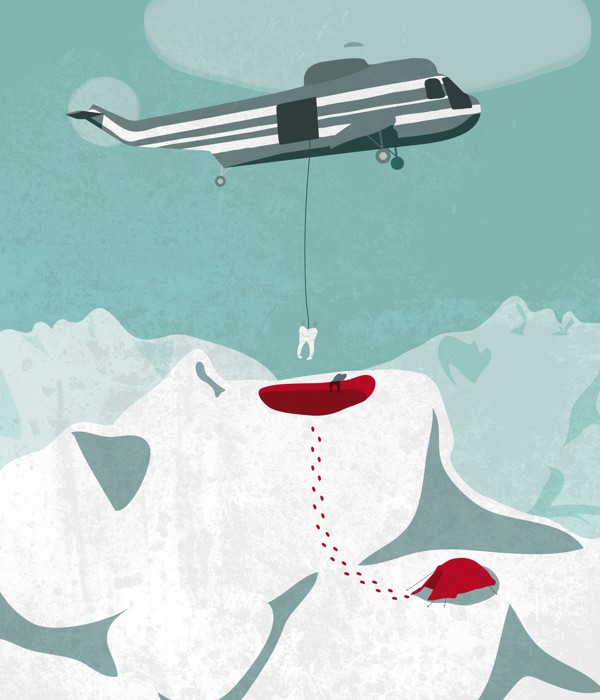 Some of Victor Cavazzoni‘s extremely clever digital illustrations rely on wordplay and double meanings, while others have a design that represents two different objects at the same time. Heavy Metal Detector shows a headphone-wearing man holding a record player in the shape of a metal detector. Dental Rescue shows a helicopter pulling up two people with a rope, with their bodies looking like a tooth and the mountain from which they are being rescued looking like a face with an open mouth. Others are simply amusing pictures, like Happy Valentine’s Day with a dominatrix looming over a man tied to a bed, or Tiger Tamer with a circus animal in a bathtub.

The artist has also created alternative covers for the books Au Bon Roman (A Novel Bookstore) by Laurence Cossé — where the building is created from an open book — and The Immortal Life of Henrietta Lacks by Rebecca Skloot — where Lacks’ hair becomes a strand of DNA.

Each of the illustrations relies on negative space to form much of the scene. For example, the people’s faces, arms, or legs are often the same color as the background, and are shown through where their clothing ends, rather than having an outline of their bodies. Although each illustration has a texture or pattern to most of the image, and some have a lot of lines, most of the pictures reflect a minimalist sensibility. 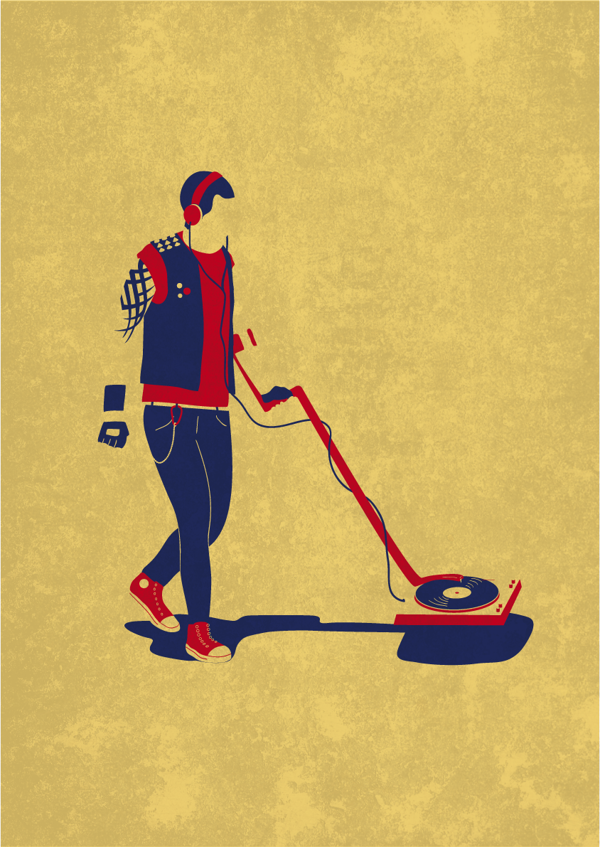 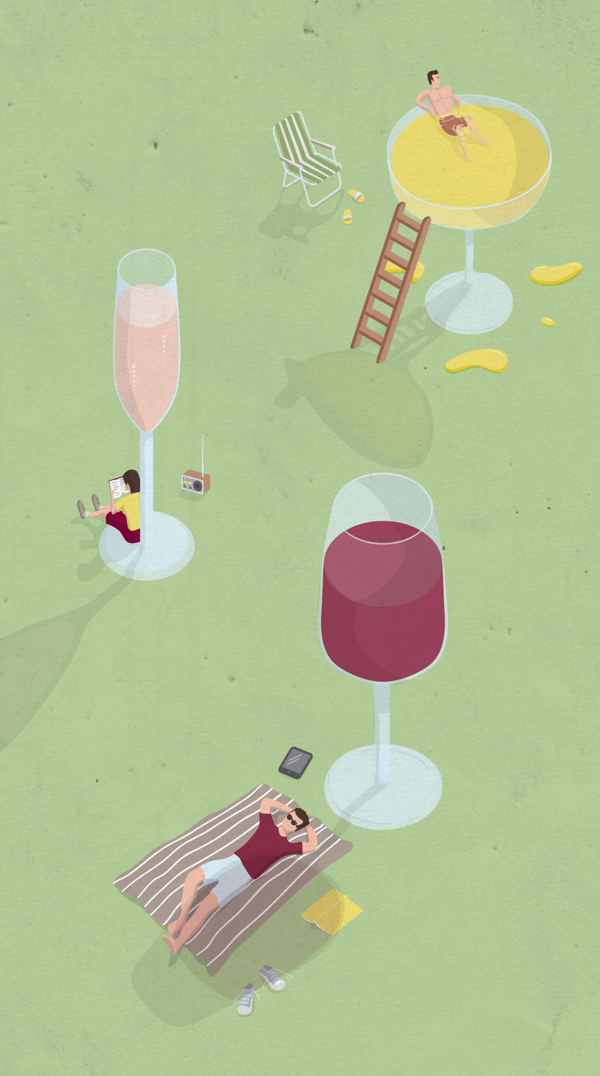 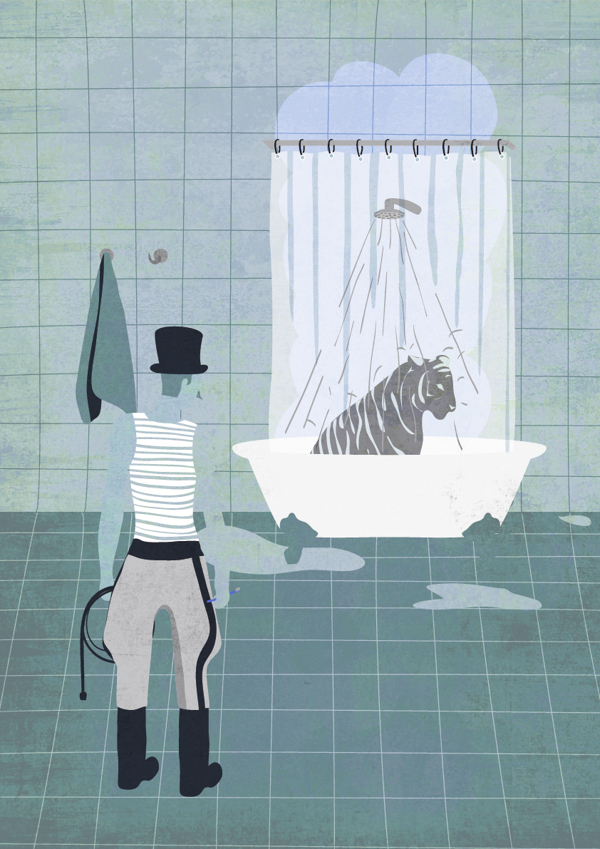 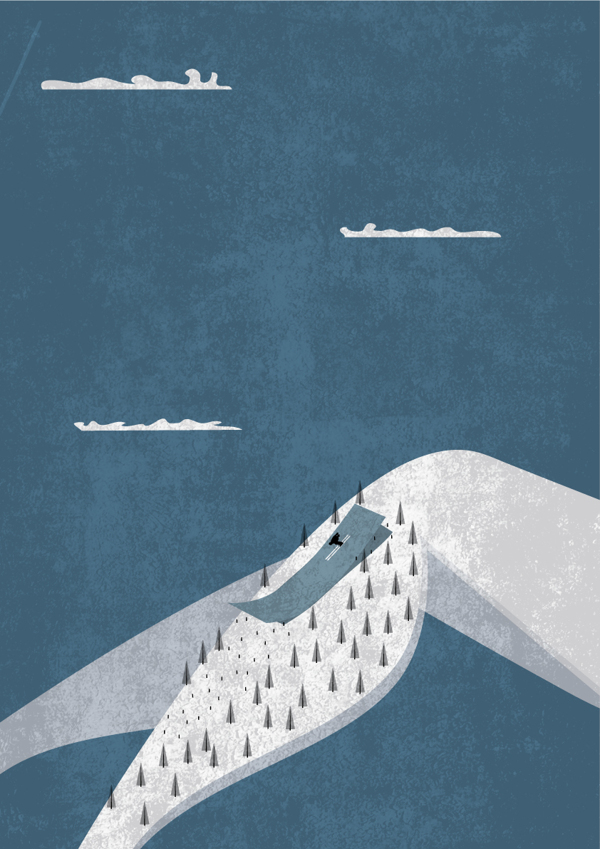 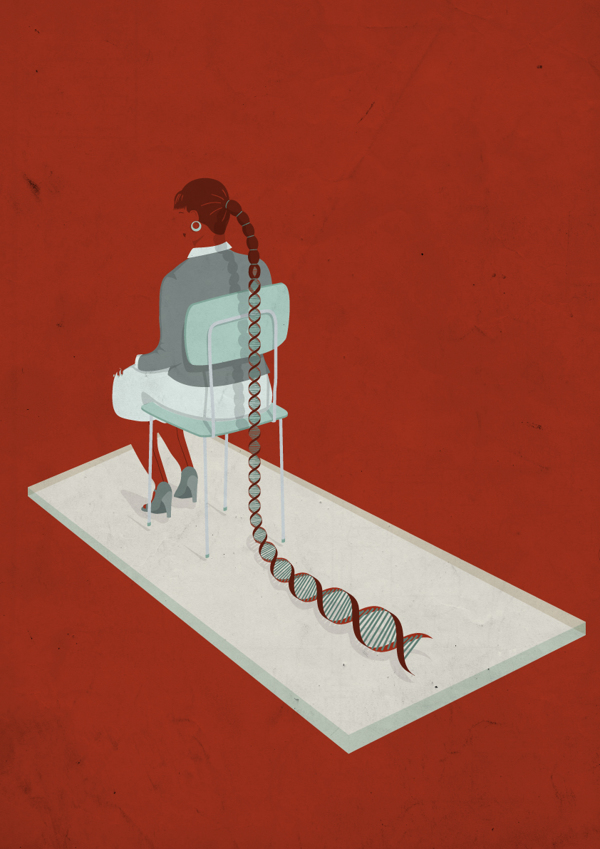 Alternate Cover for The Immortal Life of Henrietta Lacks 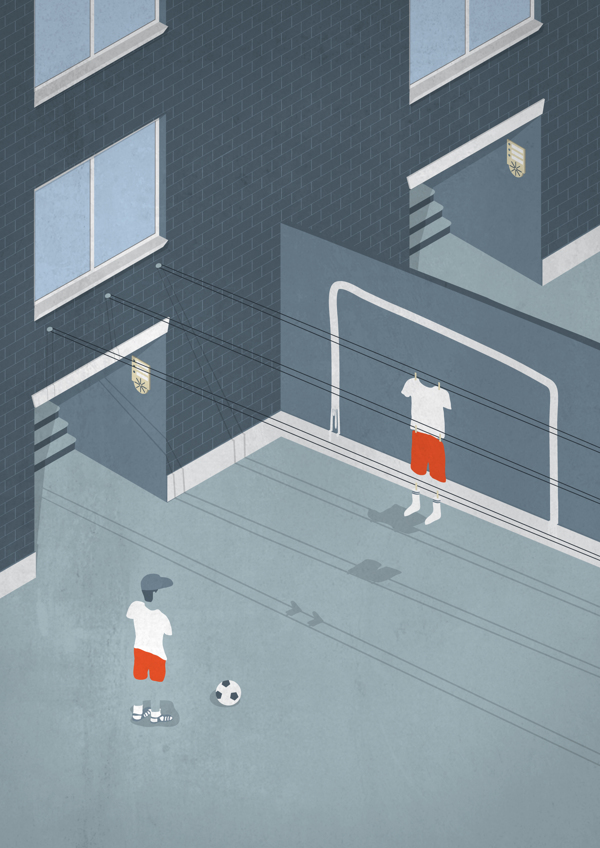 I Was An Only Son 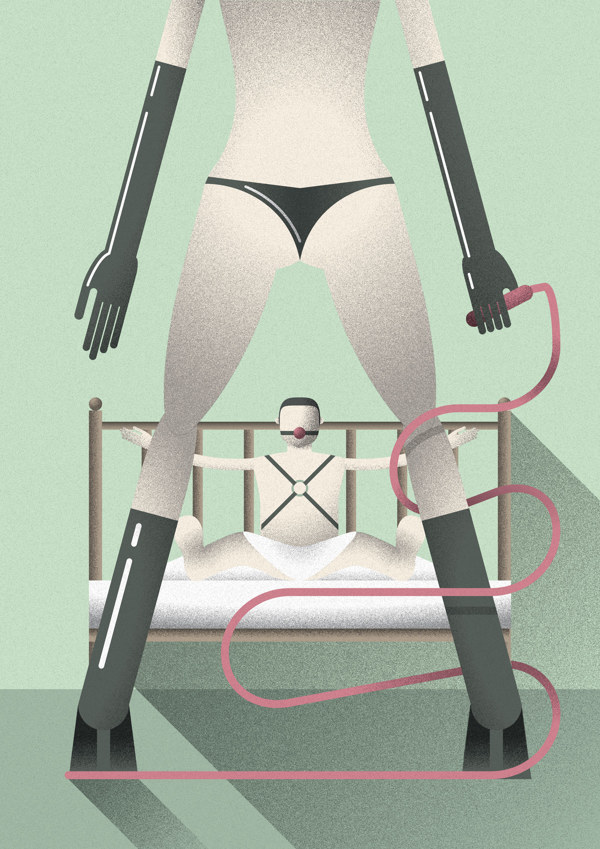 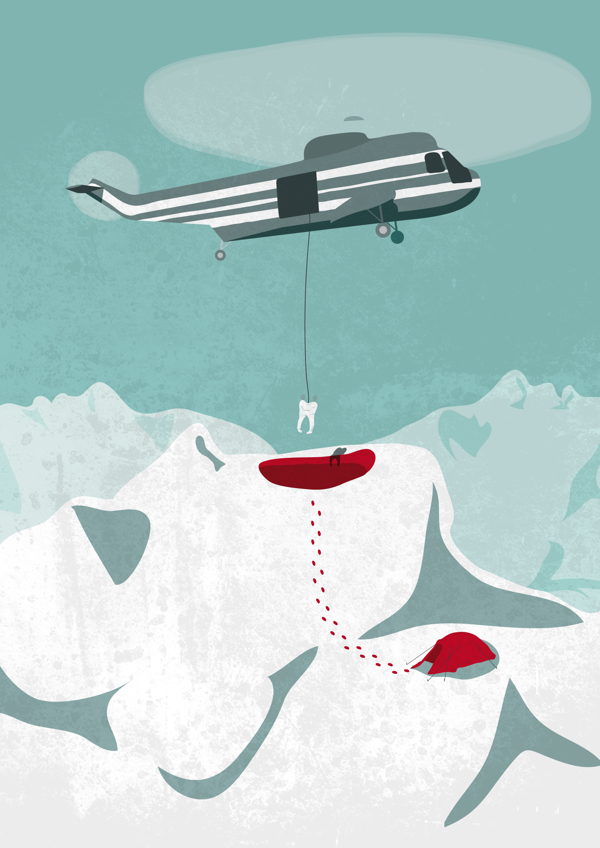 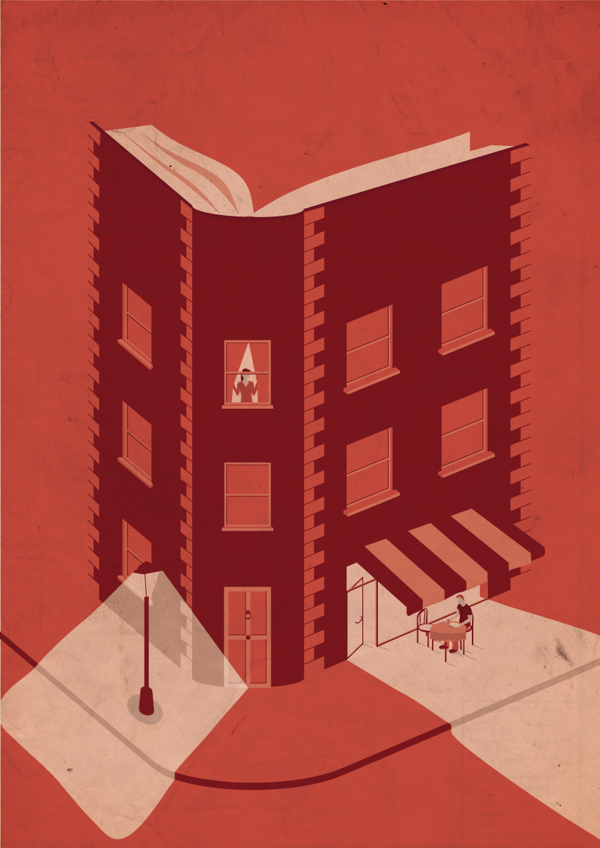 Oleg Grigoryev Photographs the Stunning Views From His Tent

Oleg Grigoryev came up with a creative way to document his travels: he takes a photo of the view from his tent each morning….