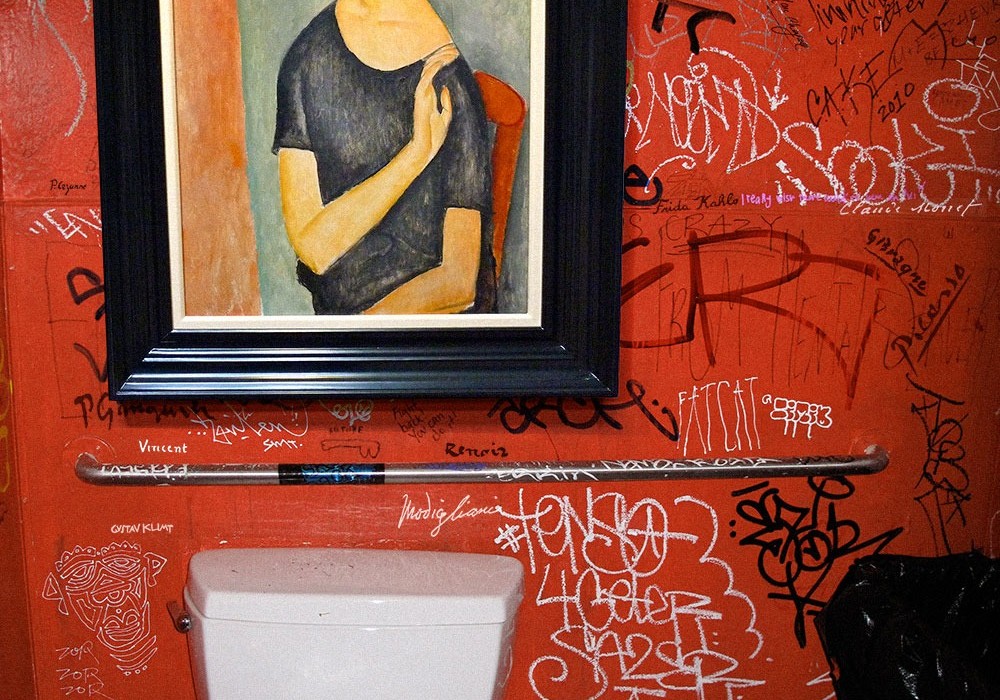 Displaying fantastic art works in a room should make the room more appealing … but sometimes it doesn’t work out as planned. The hilarious Tumblr blog Great Art in Ugly Rooms (created by Paul Kremer) takes this concept to extremes, in edited images which combine bona fide masterpieces in rooms that are stuck in another decade or just decorated in poor taste. 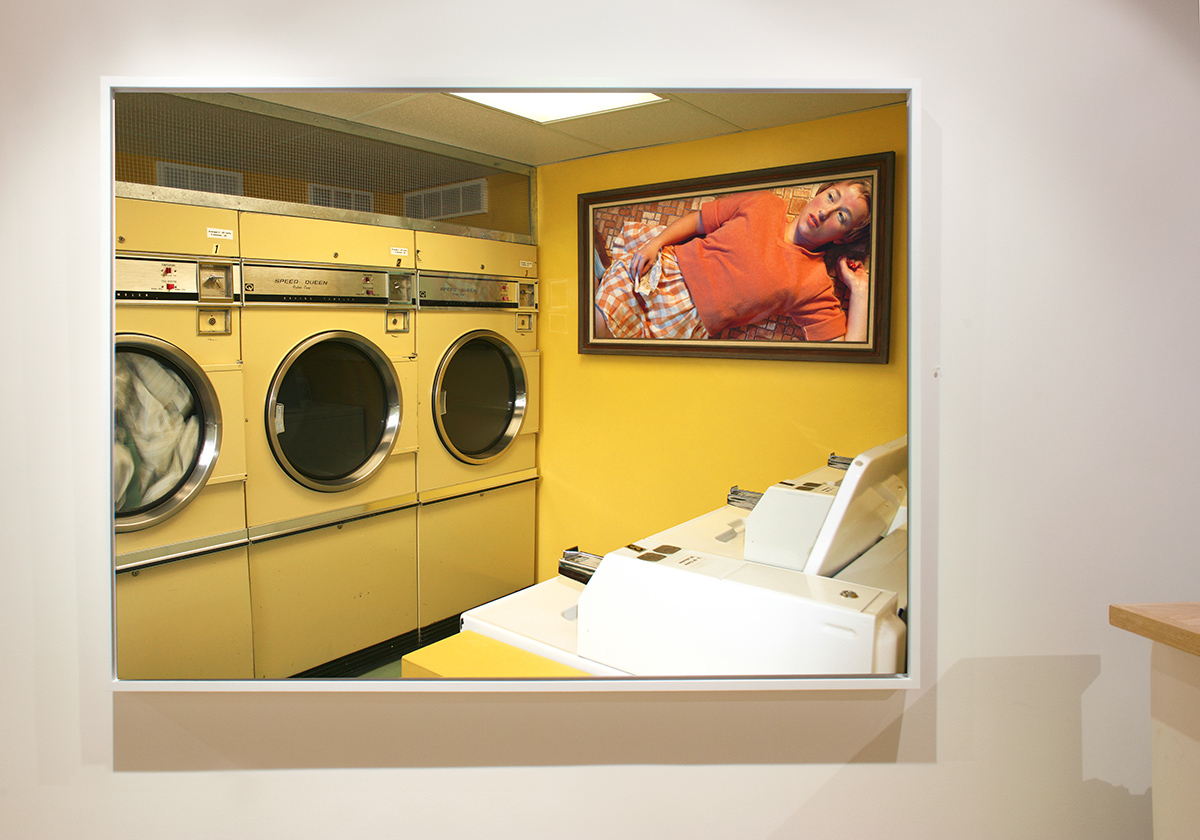 Here you can see a Cindy Sherman portrait in a public laundry room, Whistler’s Mother in a dentist office waiting room, or an Ellsworth Kelly colour field painting in a room with dated wood panelling and shutters. There are also several pictures which show rooms from Stanley Kubrick’s The Shining and other films. The rooms in some Edward Hopper paintings are apparently dull enough on their own, that they appear nested within themselves (which I think is funny even though I personally love Hopper).

These ugly rooms frequently include restrooms, like one which features a Modigliani painting hanging over the toilet — on a red wall covered in scribbled graffiti. There’s even a video that comically instructs you how to pick out art for your own bathroom.

Of course part of the joke is that art is subjective; some pieces that are now famous may have been criticized in their own time, and some of the rooms shown here might have been in style at one point. If you’re not familiar with the work in question, it can be a bit of a scavenger hunt identifying the “art” in the more cluttered scenes, which I think adds to the humour. 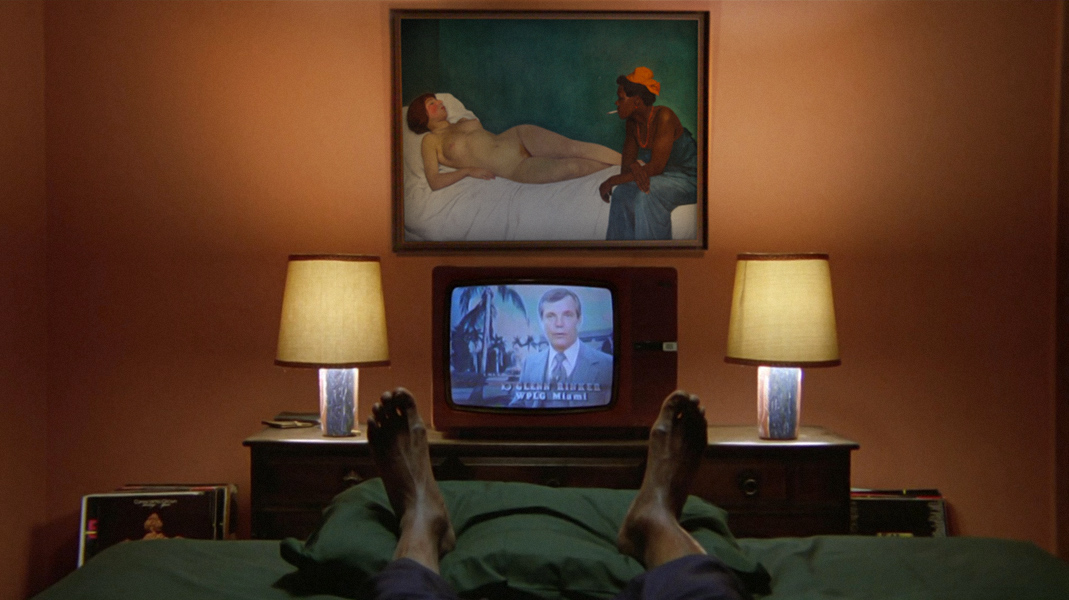 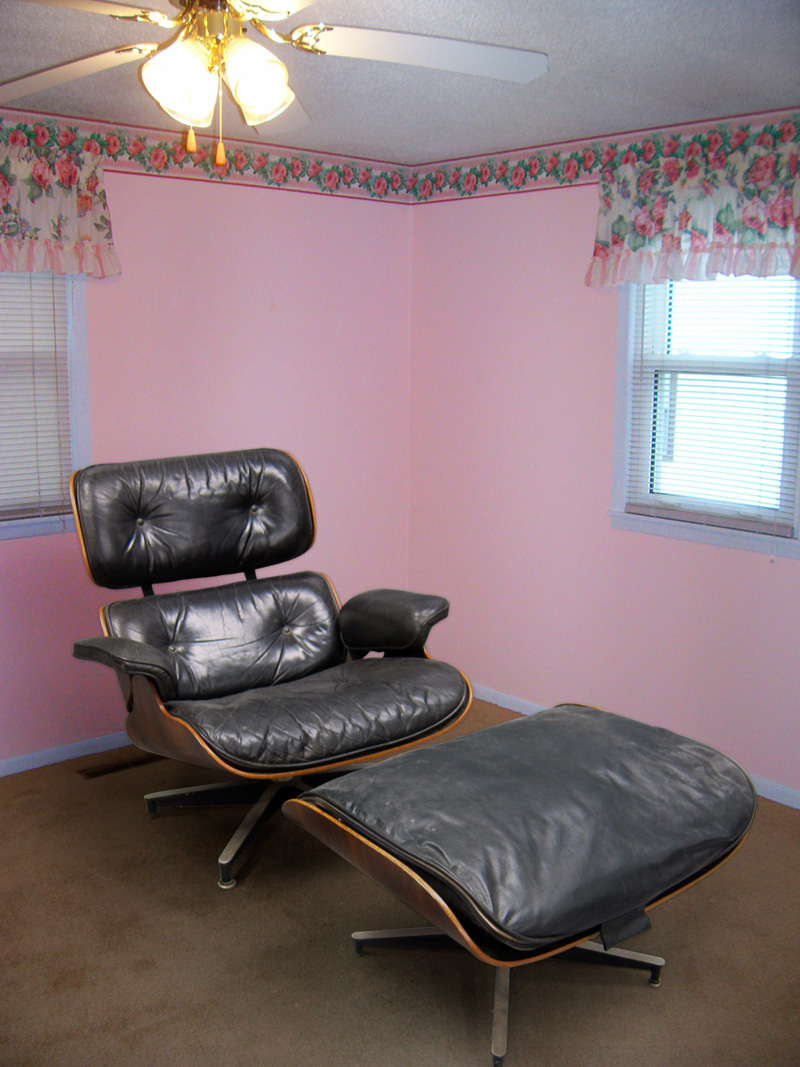 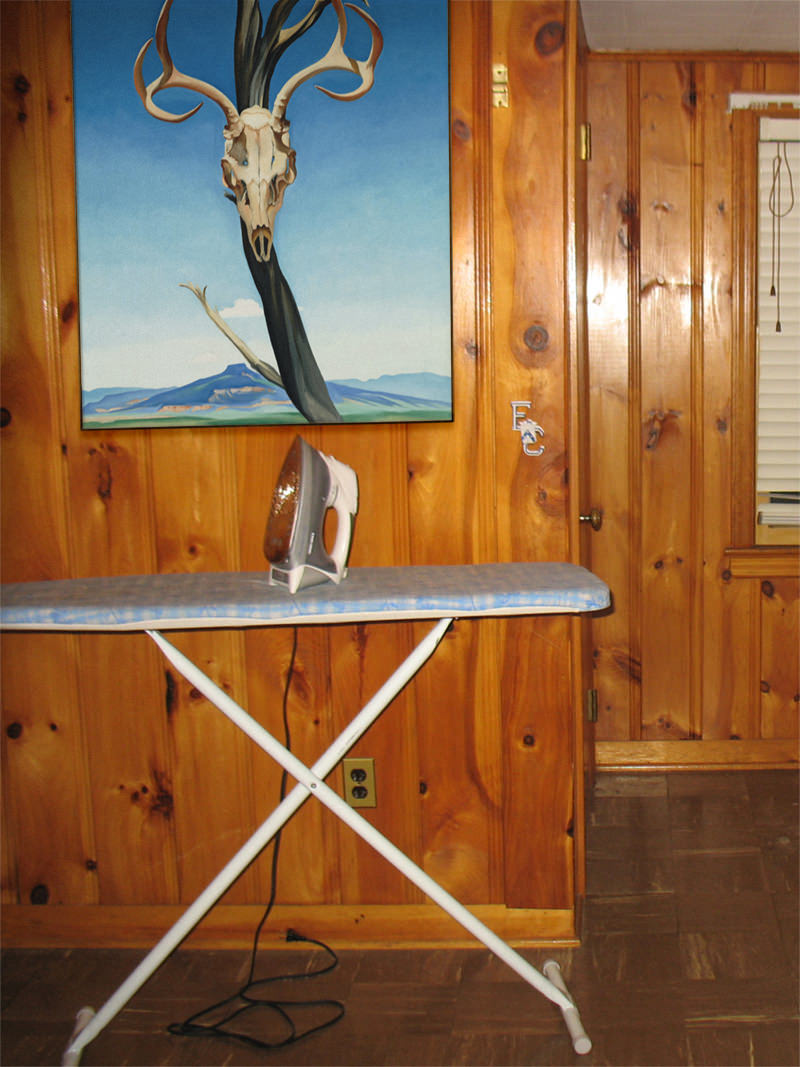 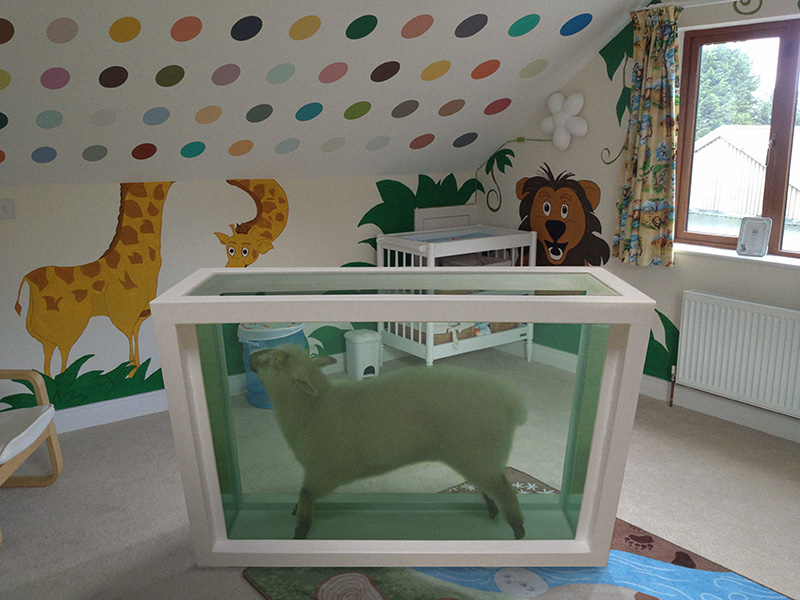 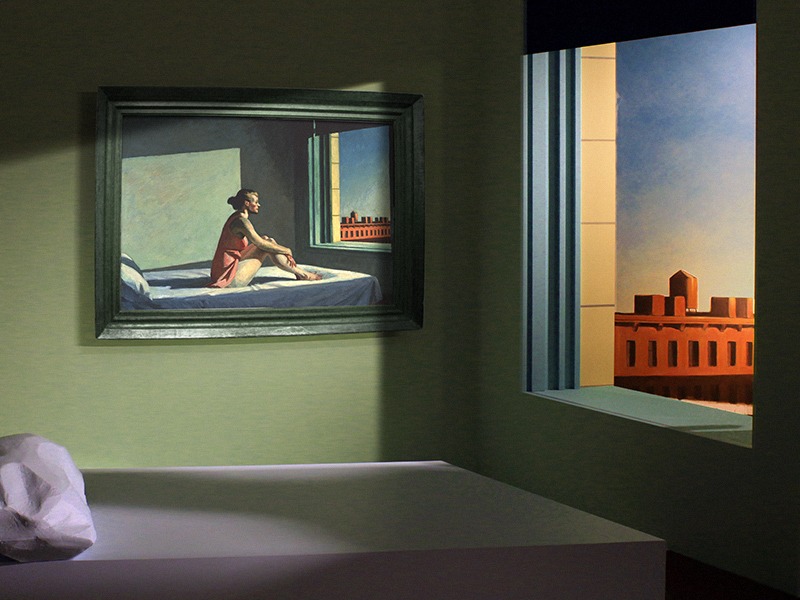 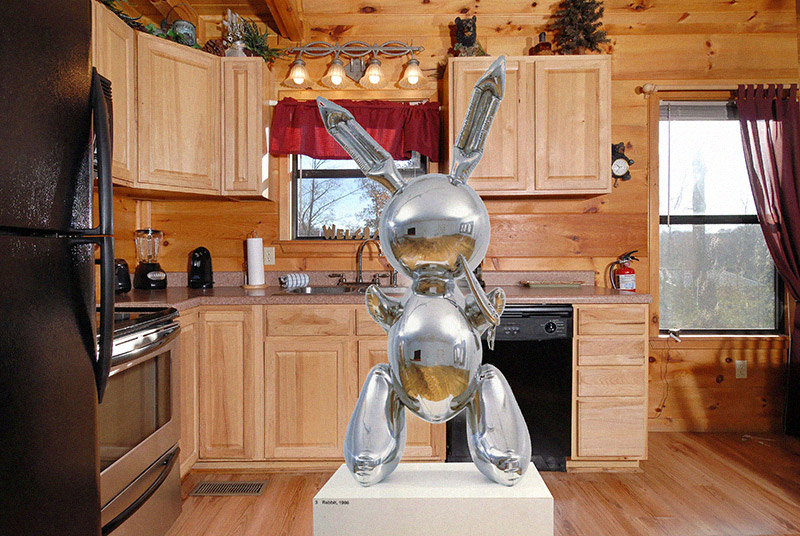 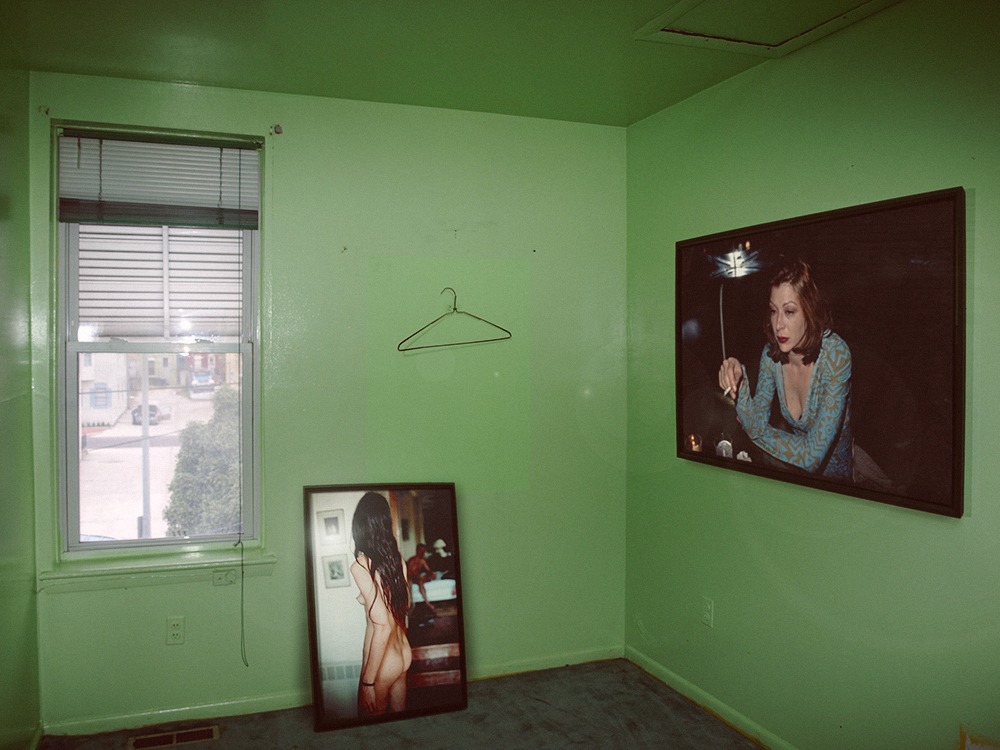 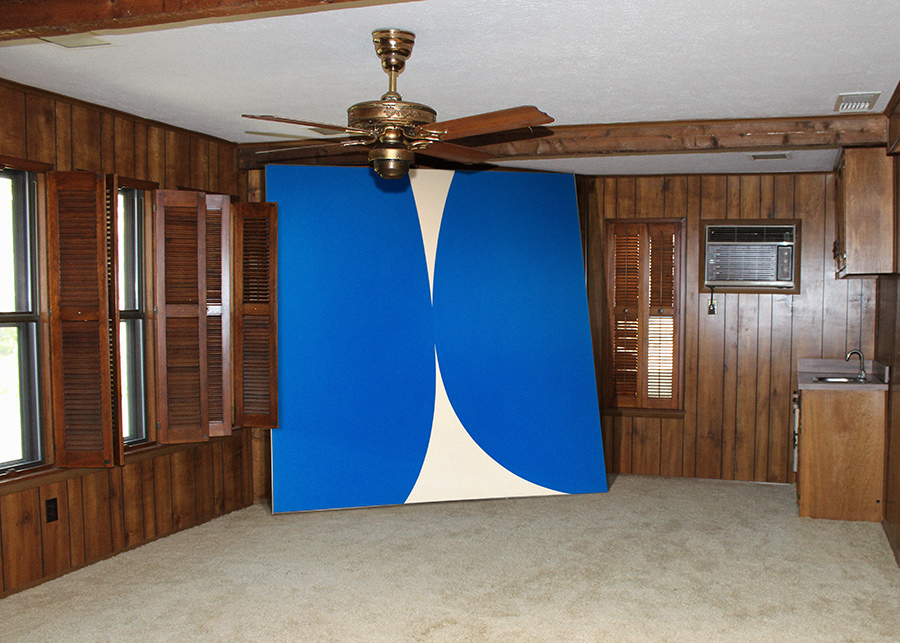 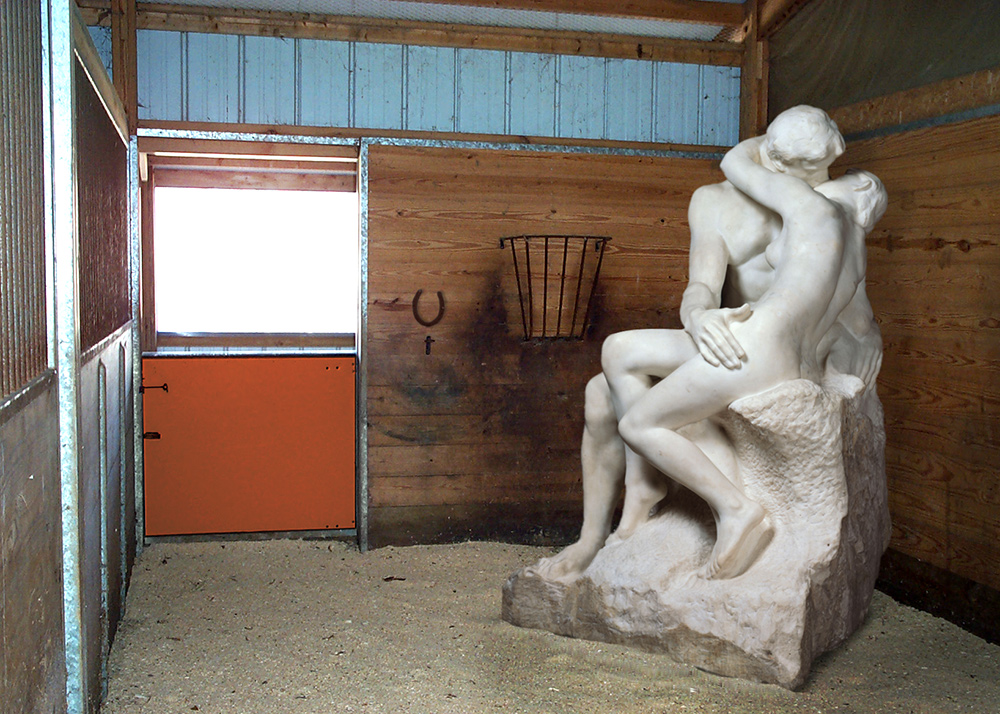 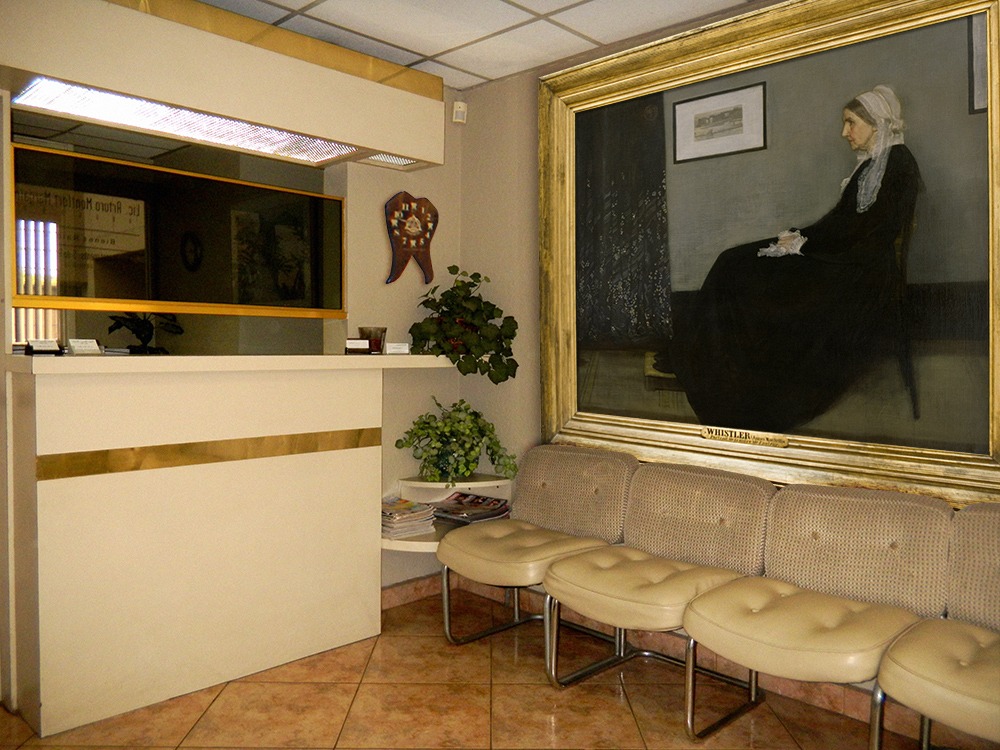 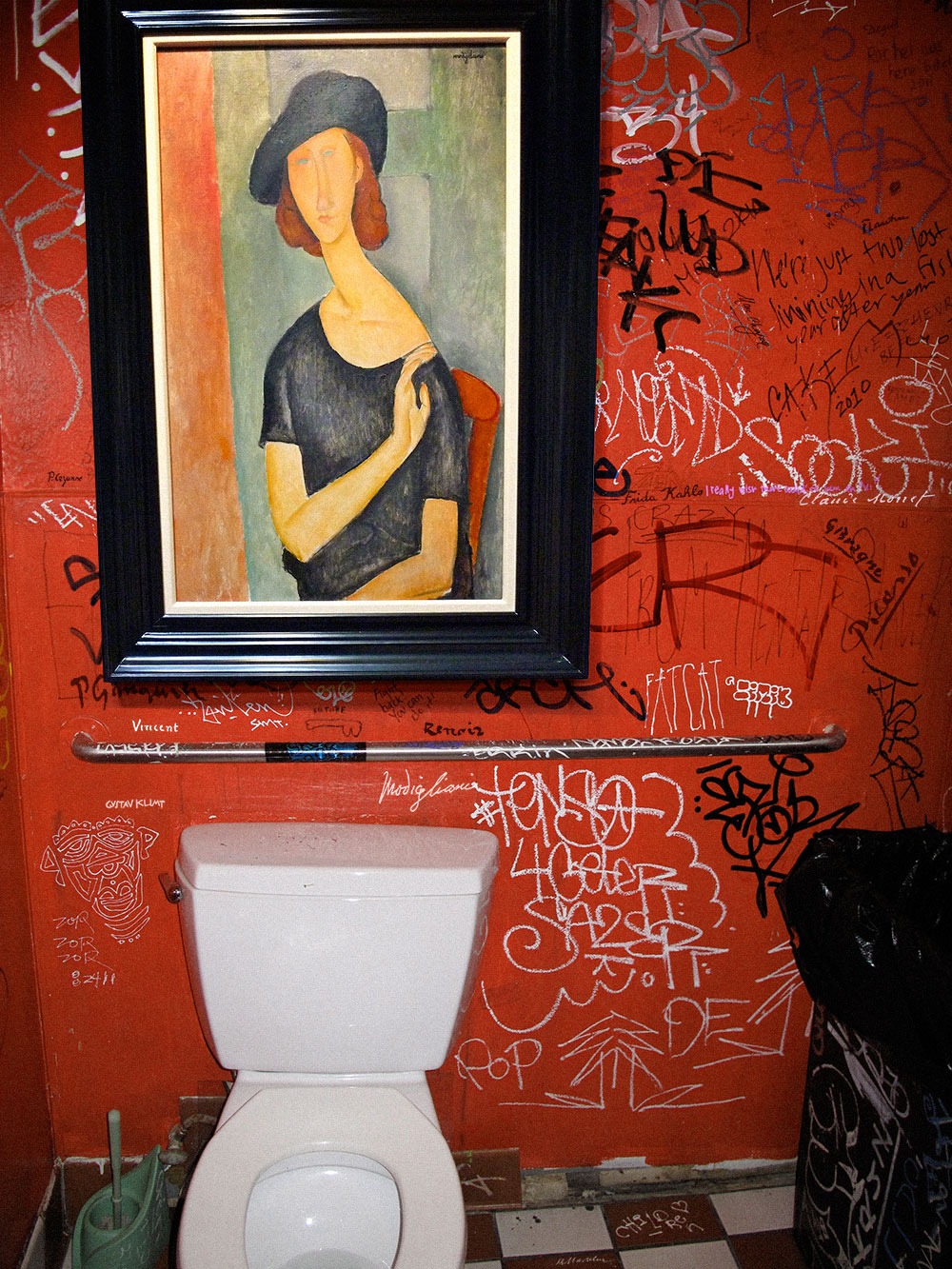 I was astounded by the extreme realism of these paintings by Tom Pfannerstill. Each of them shows a piece of trash, which are all…