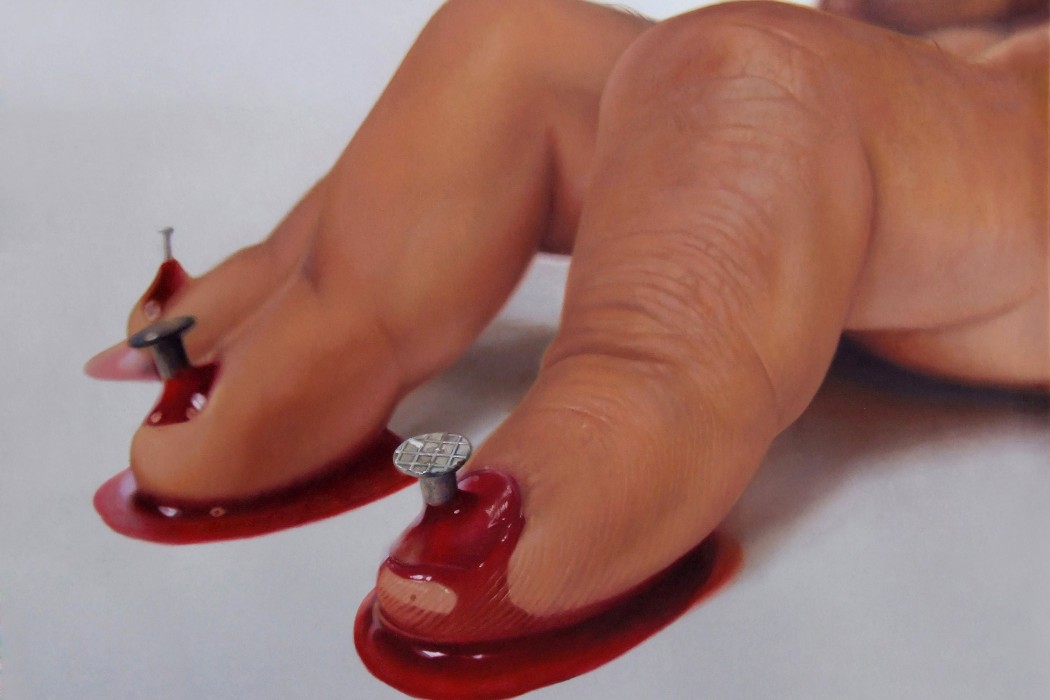 These oil paintings are so photorealistic that they may disturb some viewers. The artist, Fábio Magalhães, portrays his dead or injured body in shockingly gross and painful situations, which act as a metaphor for his own feelings and “banal situations.” According to his website, “he aims at pointing out conditions inconceivable to be portrayed but through artifices and distortions of reality.”

His O Grande Corpo (The Great Body) series contains close-up images of parts of his body wrapped in plastic. His other works include a painting of his hand with metal nails through his own fingernails and surrounded by pools of blood (Dos Lugares que me prendem, roughly translated as Places holding me) while another shows his mouth open wide as if screaming, and with nails in his tongue (Diz-se das Línguas maledicentes, or It is said language is malignant). Others repeat the imagery of plastic bags, but this time with added blood and guts. Magalhães is from El Salvador. 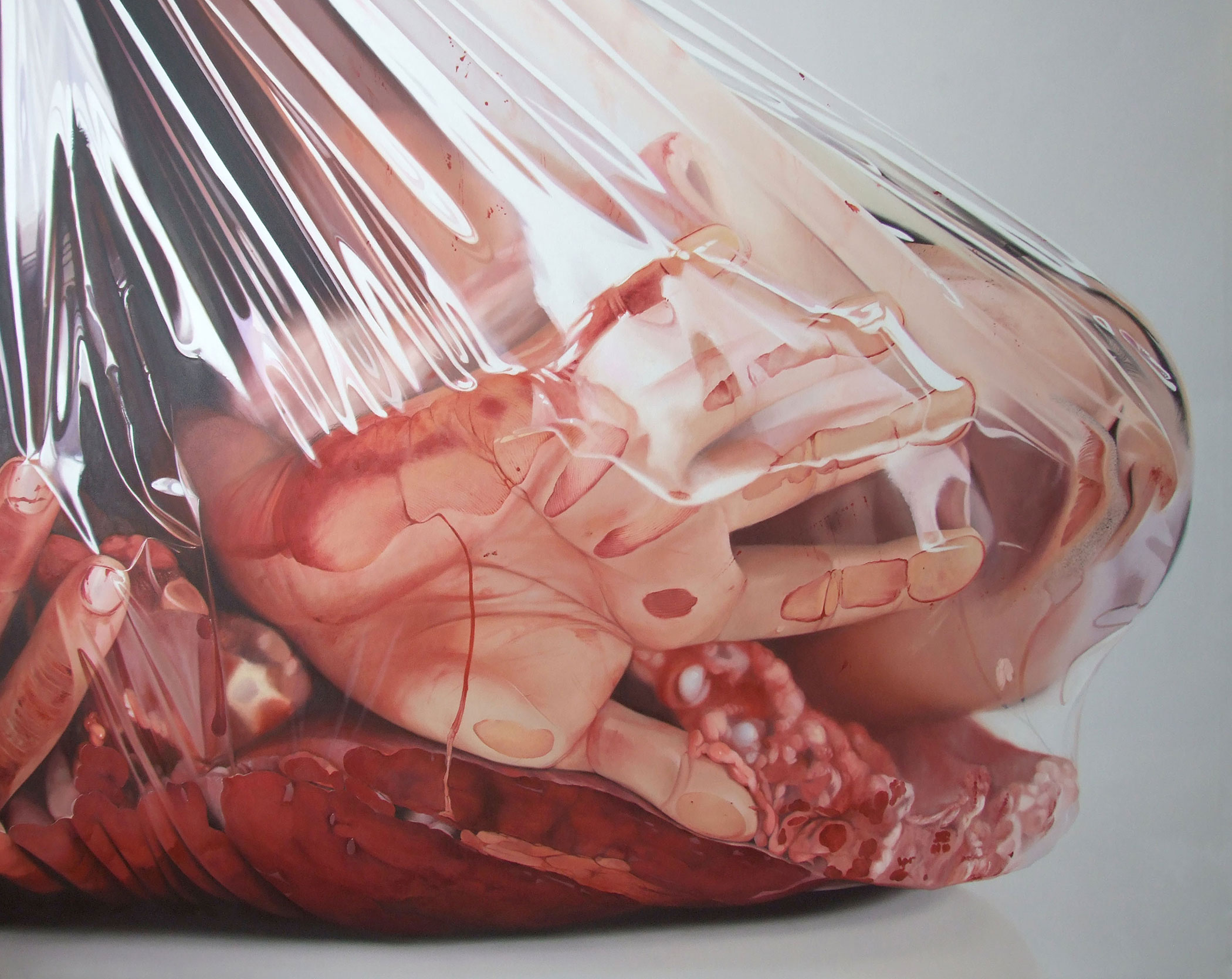 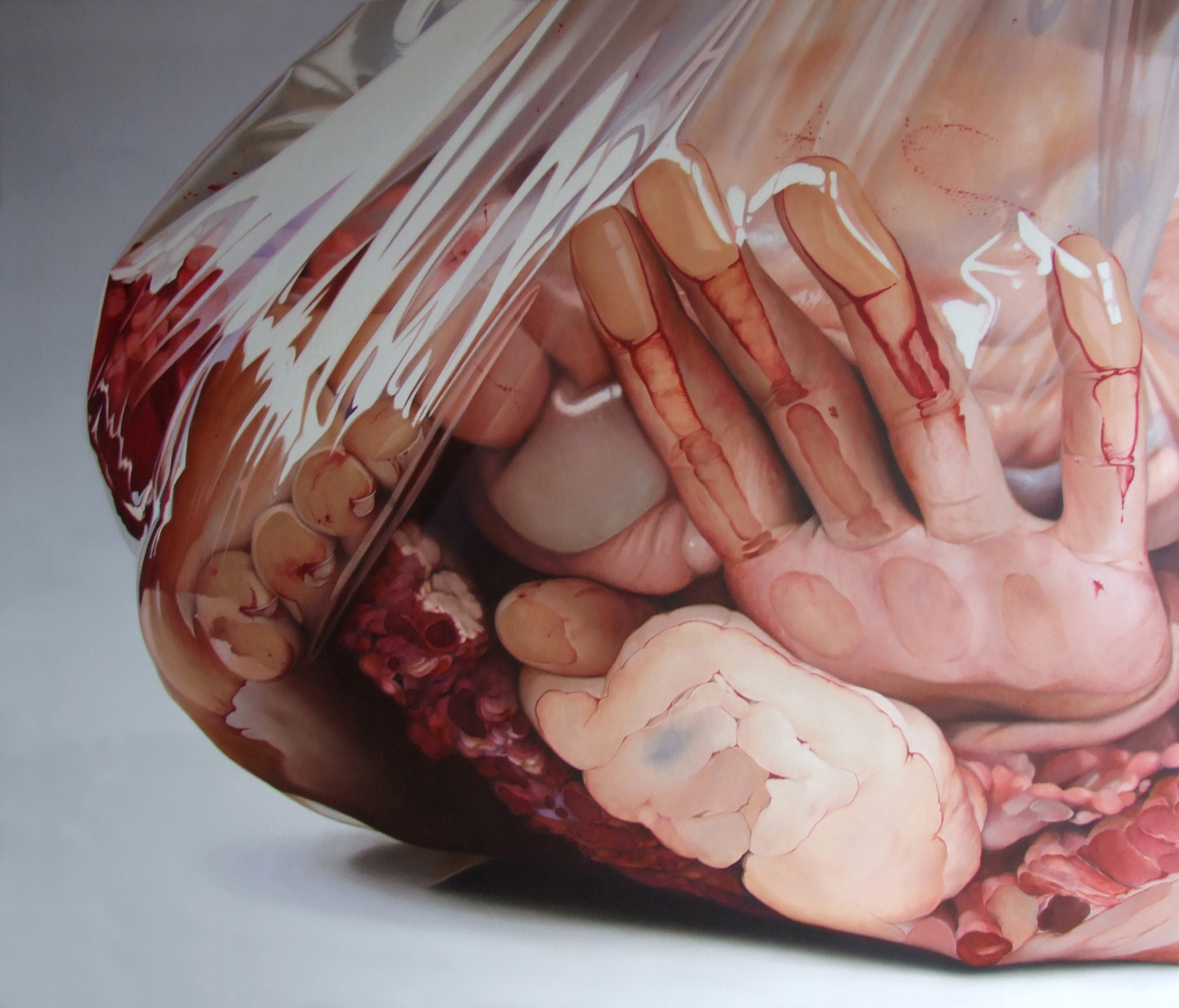 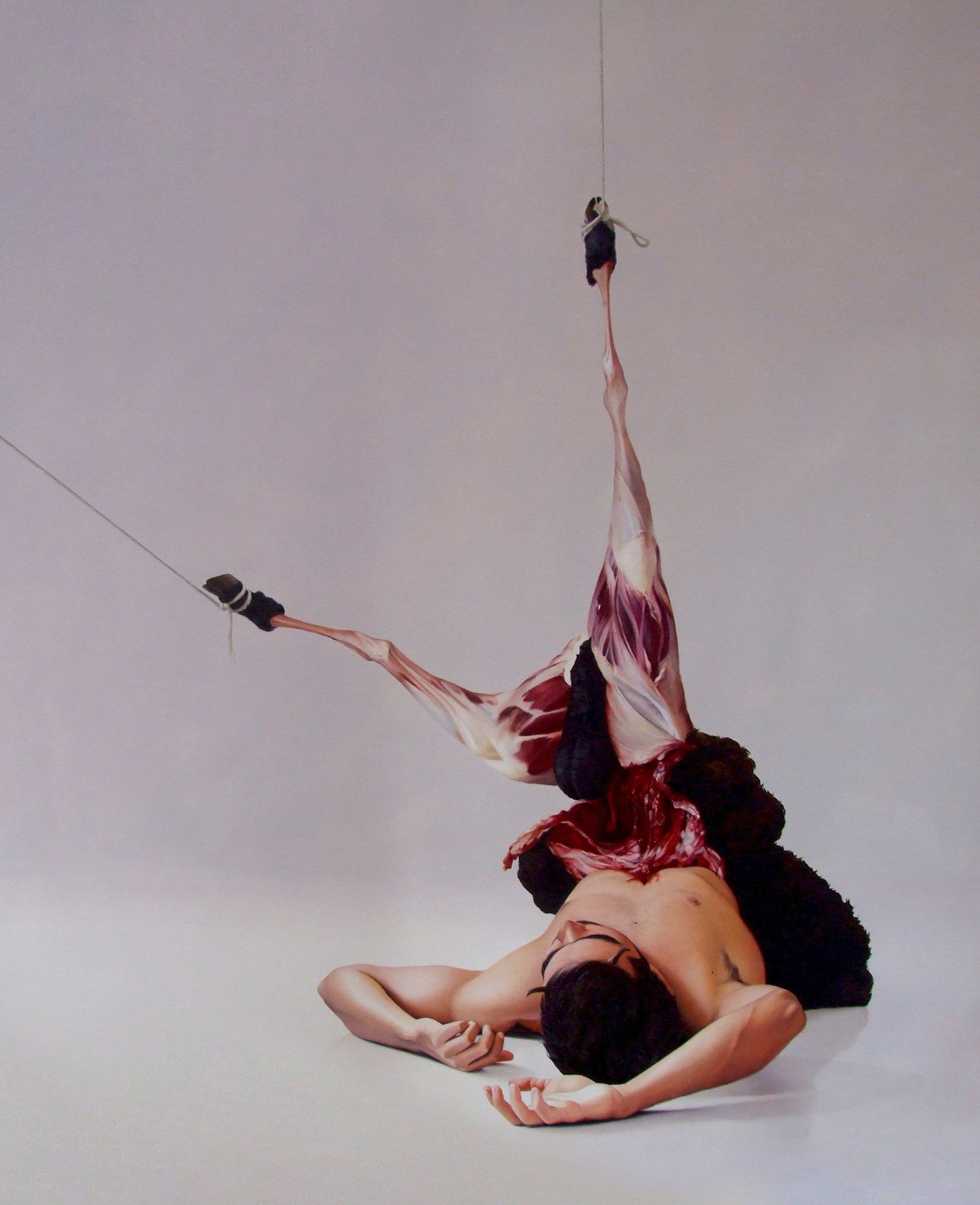 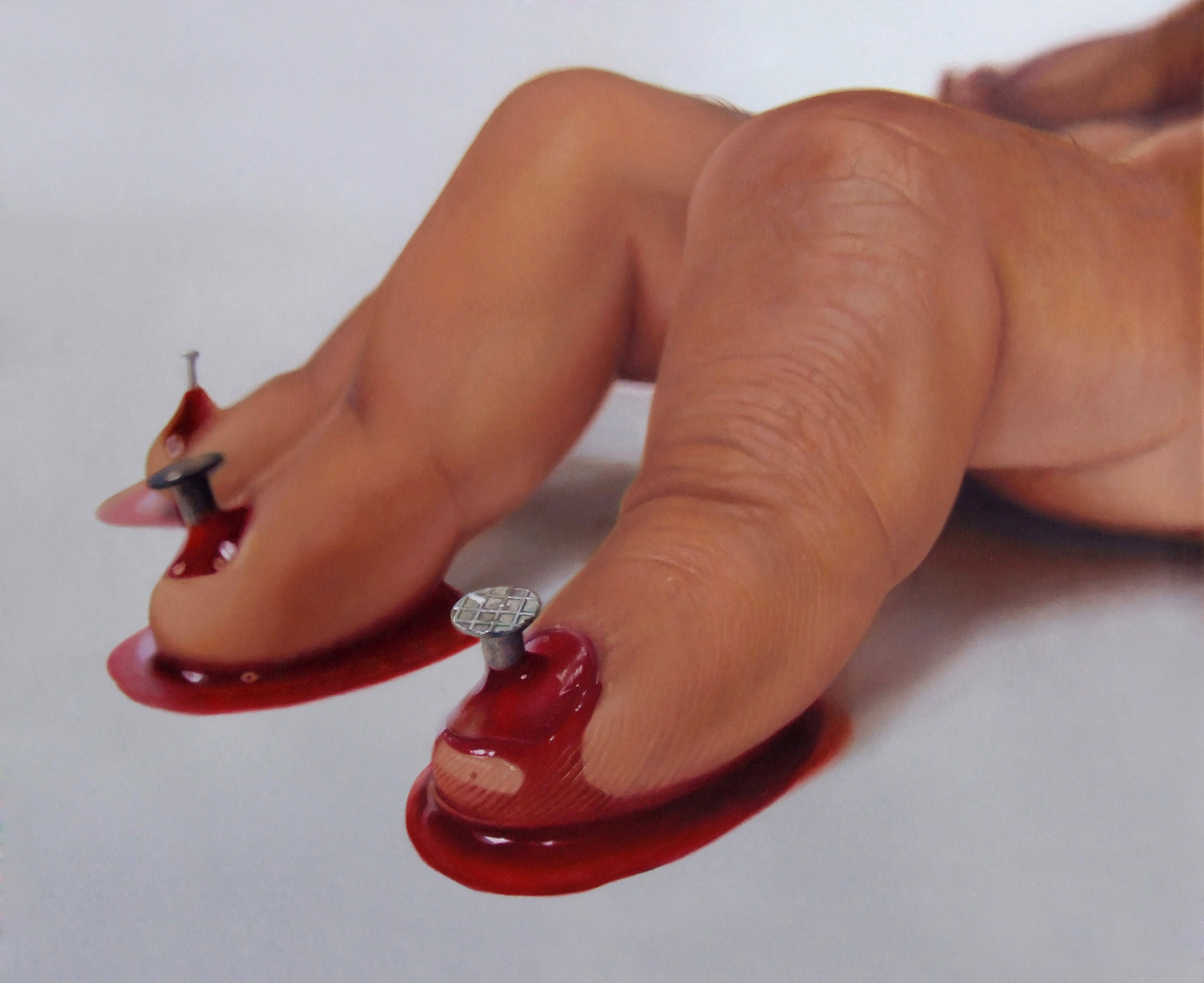 Cartoon Creatures Invade the City, in “Paris and the Unknown”