Many of these interesting illustrations by Simon Prades are GIFs with small areas of animation. They are abstract, surreal works in which strange objects are drawn, bound by a shape that resembles a person’s head or body.

For some — including a drawing of a bird’s nest with an egg and Autumn, which has colourful leaf-like shapes floating around — the head shape is so subtle that I didn’t notice it at first. Hi shows a shadowy human head with two outstretched hands as its eyes. A self portrait shows him “waiting,” with his eyes turned into the spinning pinwheels like those used in the dreaded computer cursor icon. I really like the image of a parrot with a moon representing its eye.

He has also done quirky portraits of several celebrities as animated GIFs. An illustration of Philip Seymour Hoffman was commissioned by The New Republic for use in its digital edition, which shows blue flowers opening in the background of the portrait (likely a nod to Hoffman’s film Magnolia). There are two portraits of filmmaker Alfred Hitchcock: One was inspired by Rear Window, and shows a man walking past windows that take the place of Hitchcock’s eyes, while another takes a scene from The Birds, and shows the director in profile with the outline of his head filled with crows sitting on playground equipment.

Prades says that he prefers to work in analog media such as pencil, ink, and watercolour, while using computers mainly as a tool to finish work. I appreciate the wide range of line quality that the artist uses for different areas of his work — some are extremely detailed and realistic, but others are far more expressionistic and suggest shapes through large swatches of flat colour, by limiting the illustration to filling the outline of another shape. 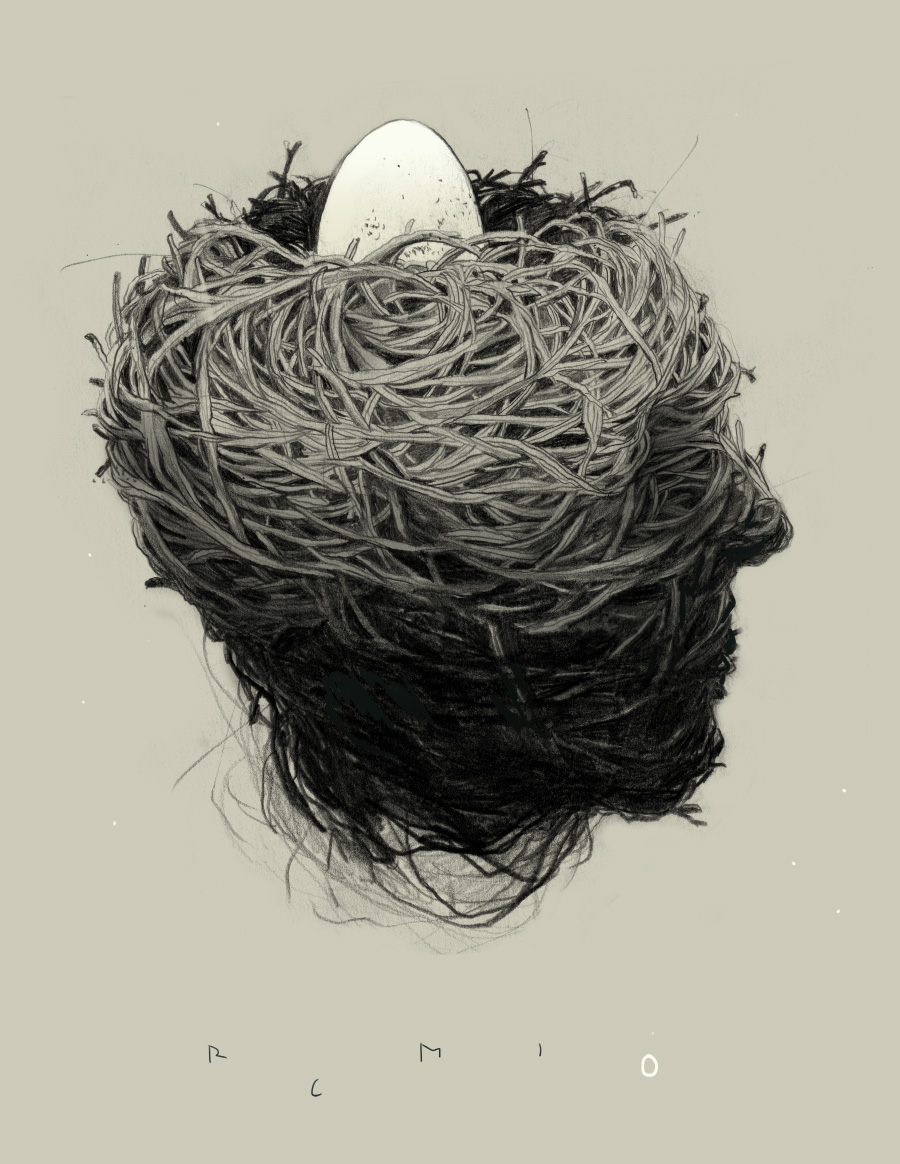 If like me you’re feeling the January blues this is the perfect antidote. French photographer Stephan Dessaint whisks us away to an idyllic beach somewhere far away from all the cold and rain, in this series of art photographs. With so many beautiful people in one place you might think that photoshop played a part in constructing the scenes, but no according to Stephan all the scenes are real, only the colouring has been touched up to give us that “holiday heaven” feel.