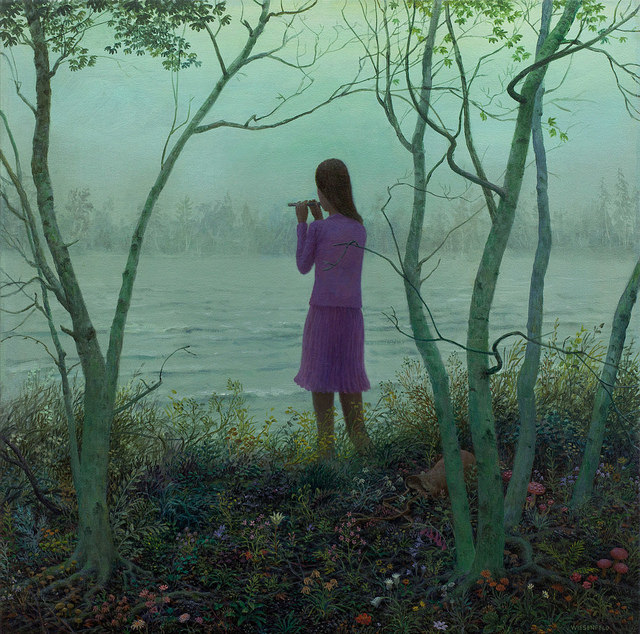 Aron Wiesenfeld‘s oil paintings show moody, atmospheric scenes that focus on the environments and nature, and their relationship to the characters shown in each work. 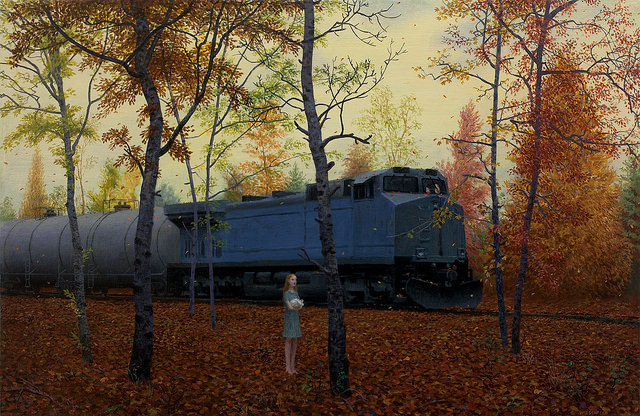 These paintings were part of the Wiesenfeld’s recent exhibition Solstice. The works are meant to evoke ancient religions and the mysterious divide between the earthly and spiritual realms. “Each era’s myths and rituals seem to take liberally from the previous ones, so there is this continuity that goes far back into history. It’s the meaning I get from the title, and something I wanted to express in the paintings,” he says.

The paintings have a dreamlike, mysterious quality. I like the incredible details put into each painting; you get the sense you can see each individual leaf or blade of grass or snowflake. However, they still look filled with fog and atmosphere that makes the details seem less distinct in some places. The characters in many of the works appear to just be standing there; it’s intentionally left unclear what they are doing. The artist says he began these particular paintings by focusing on the environment, and added the people to the scenes later — which is different from his previous method of working.

Bloom shows a girl playing a flute, standing at the edge of a river. The river bank is filled with many wild flowers in bloom. God of the Forest shows a girl standing beneath a giant, ancient-looking tree, with snow falling around them. A train passes through a forest in autumn, with the leaves on the trees and ground in rich shades of orange, in the painting October.

Wiesenfeld also says, “I have my own ideas about the story behind each painting, but I wonder if I say what they are, will it invalidate other people’s stories? Paintings and stories should have unanswered questions, as long as they are interesting questions, of course. It allows the viewer to collaborate in the story.” 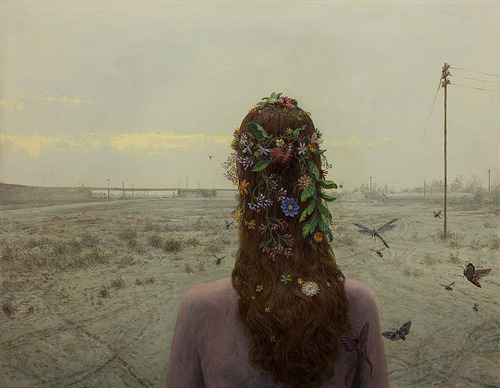 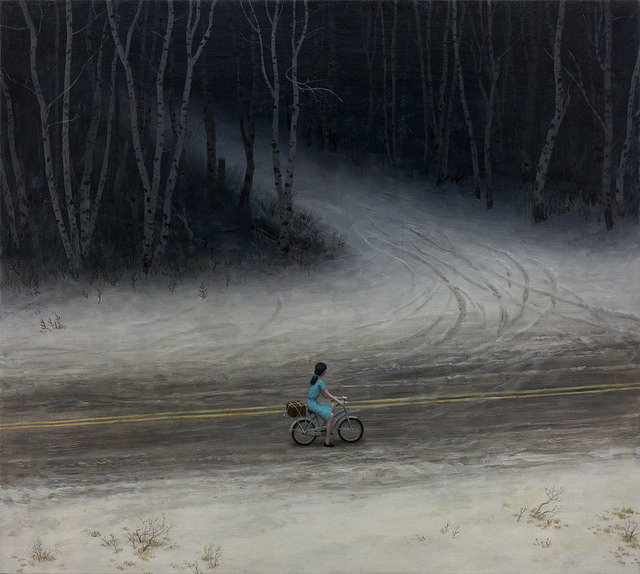 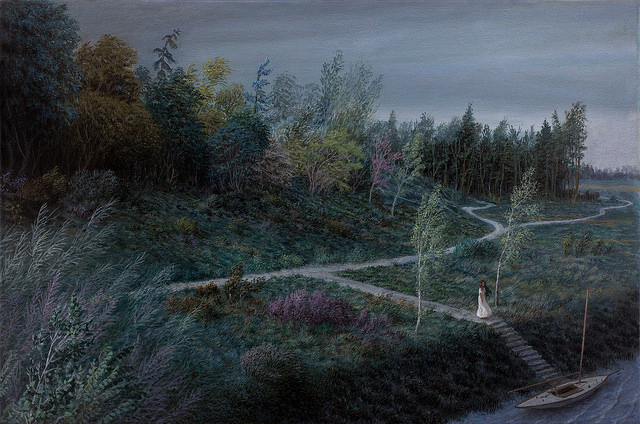 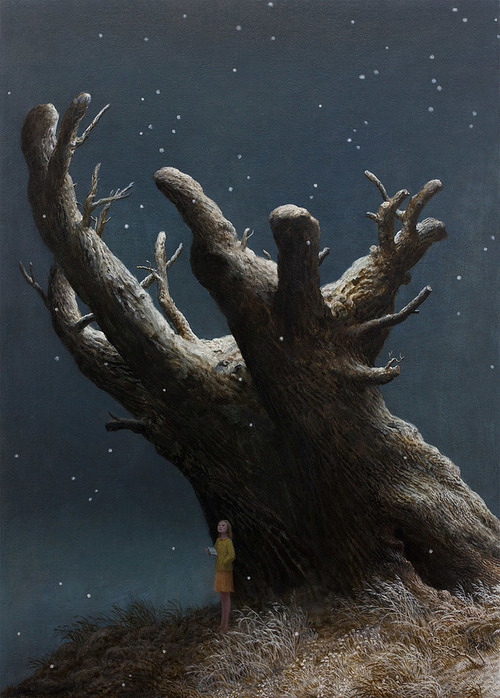 God of the Forest 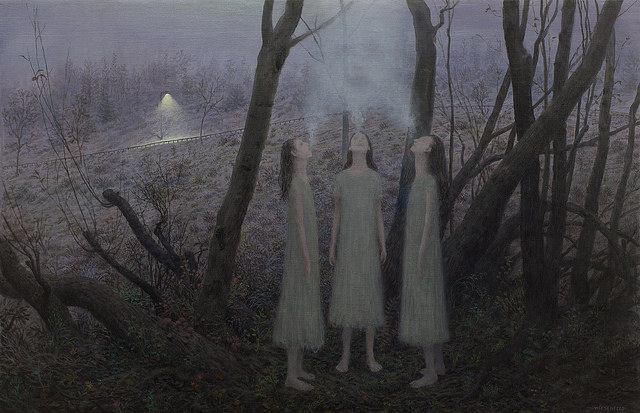 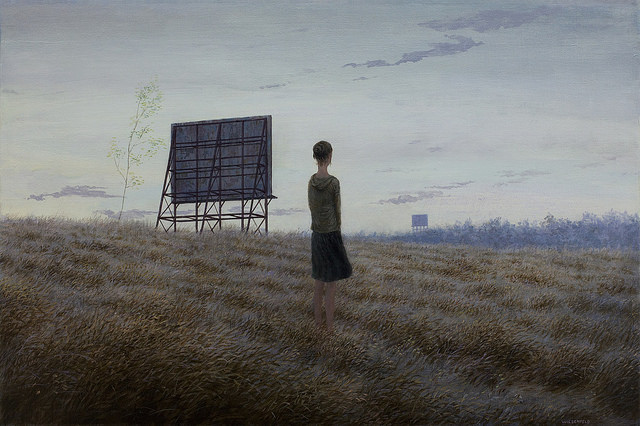 We’ve featured similar, minimalist photos of architecture on this blog before (by Lino Russo and Stefan Bleihauer), but Jose E. Oti‘s take on this subject…