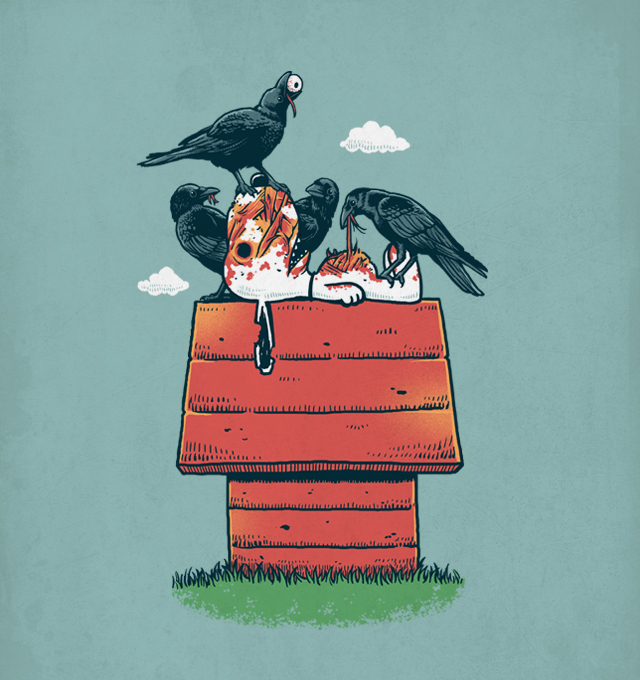 These darkly comical illustrations by Ben Chen mash up popular characters from film, TV, comics and folklore. They offer a imaginative and odd twist on our expectations of these normally-cheerful characters.

Dinosaur Avengers shows the superhero team as dinos, including Iron Man as a pterodactyl, Hulk as a T-rex, and Captain America as a triceratops — all fighting off an incoming meteoroid. Follow the Flute shows the Pied Piper leading a line of famous mice, including Mickey Mouse, Mighty Mouse, Splinter from TMNT, Stuart Little, The Brain from Pinky and the Brain, and more. I especially like these mash-up pieces which combine characters from different shows and universes.

Many of the characters are shown as dead, or probably not surviving from the bizarre situations they’re in. Lifting Accident shows an anthropomorphic egg (perhaps inspired by Humpty Dumpty?) who has been cracked by the barbell weight he was trying to lift. An ear of corn commits suicide and becomes popcorn. Snoopy from Peanuts is being eaten by birds in Terror Ravens, and Tigger has had his tail cut off by Christopher Robin, to make a pogo stick, in Jumping Stick. A pair of T-rex attack Back to the Future‘s Marty McFly and crush his Delorian. Sesame Street’s Cookie Monster takes the place of the wolf in a twist on Little Red Riding Hood where she’s a cookie.

The drawings are made in a bright, cartoony style, which I think makes the sometimes-gruesome subject matter more humorous (but still slightly disturbing). Perhaps the beloved characters will somehow magically survive these situations — or perhaps these illustrations just help point out how strange and dark some of our children’s stories really are to begin with. 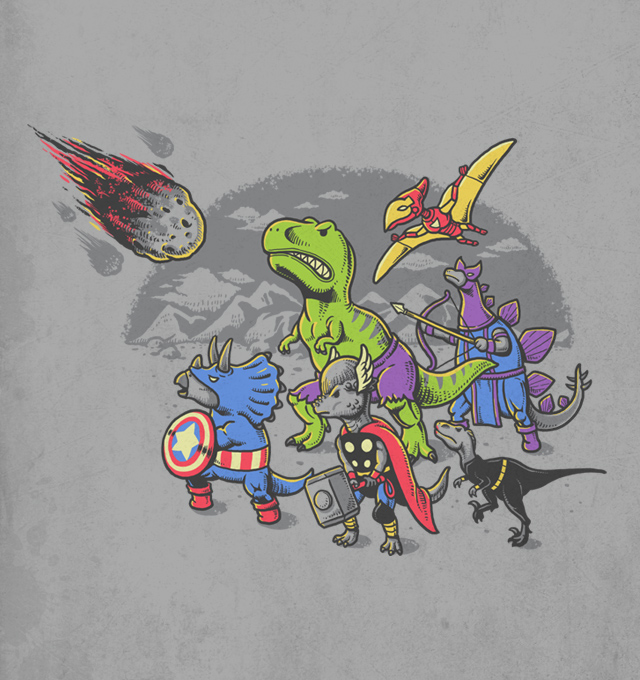 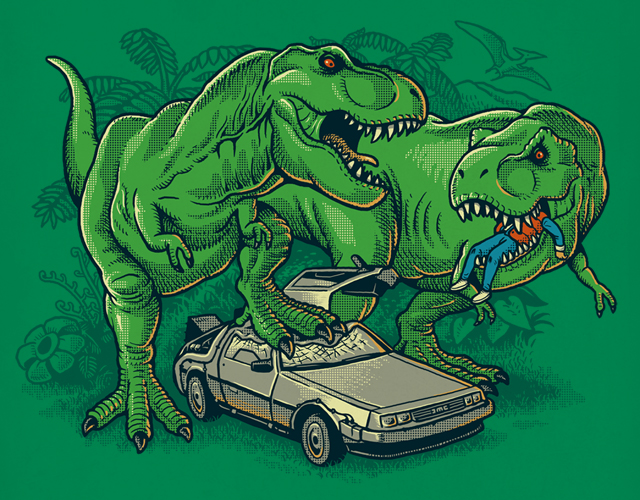 The End of Time Travel 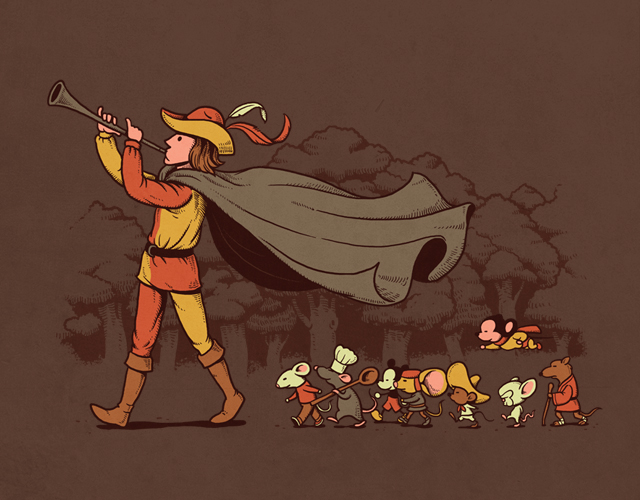 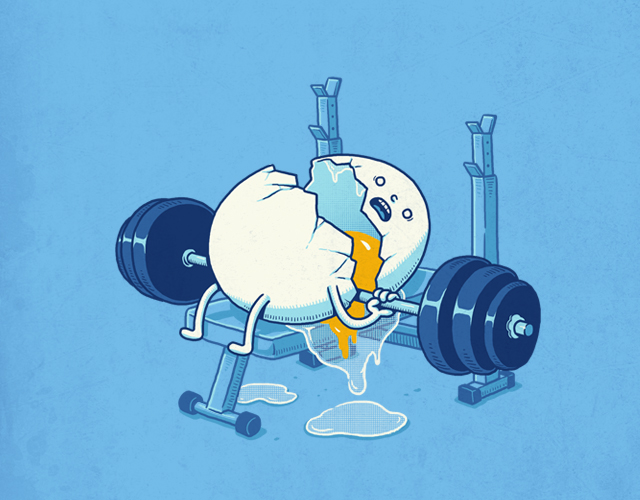 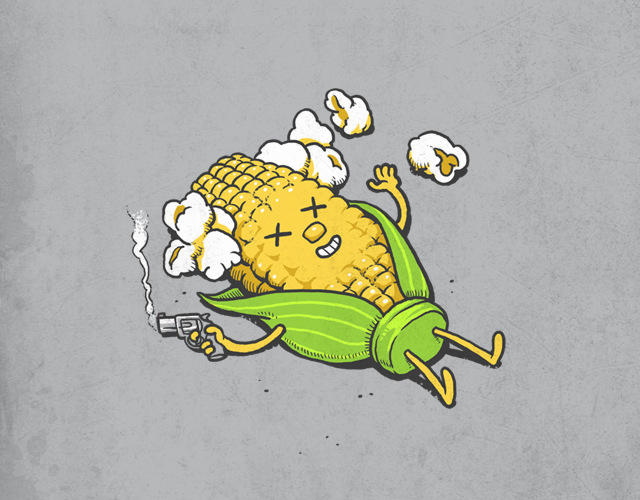 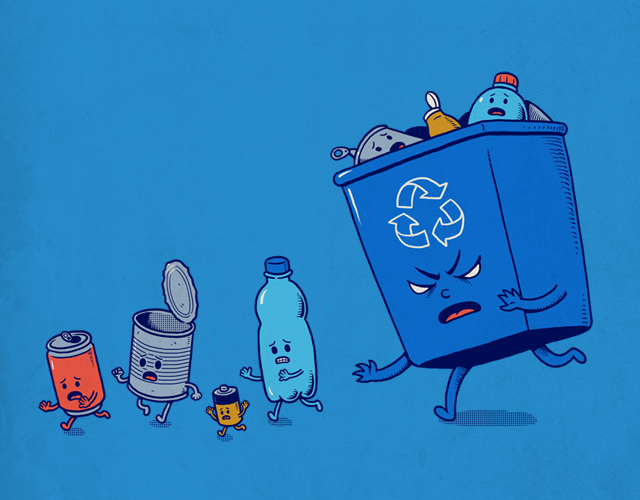 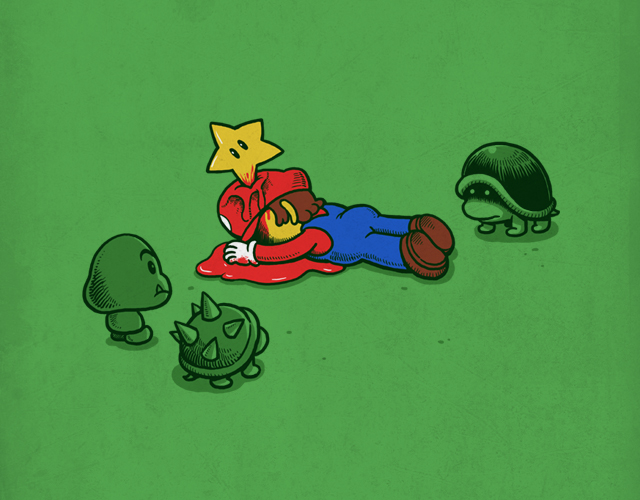 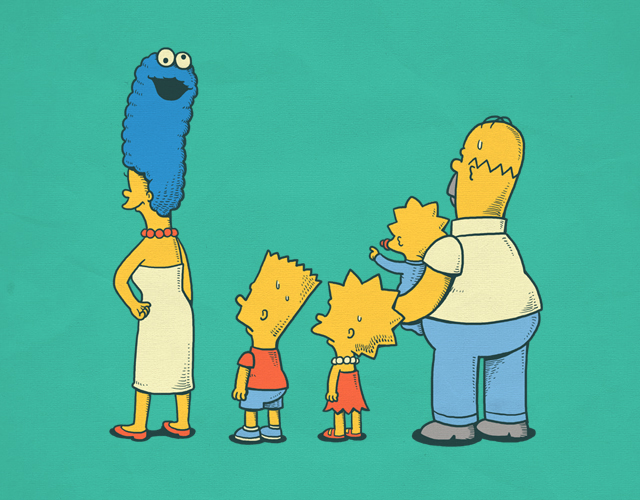 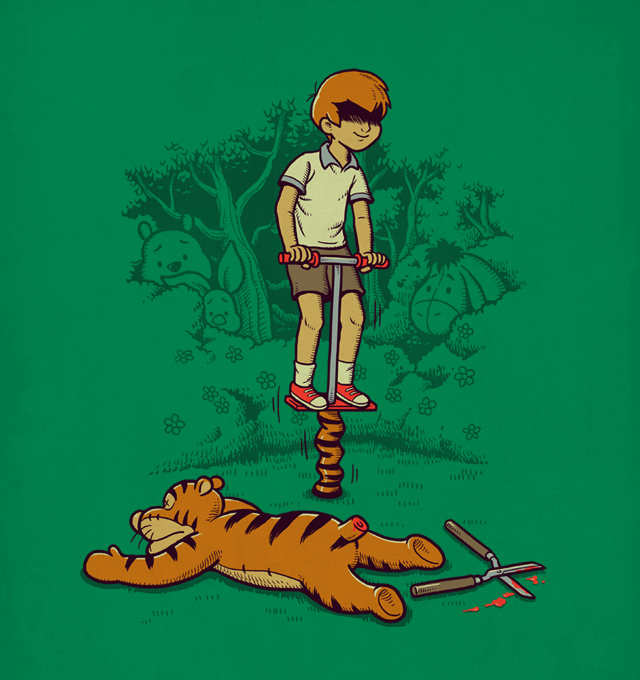 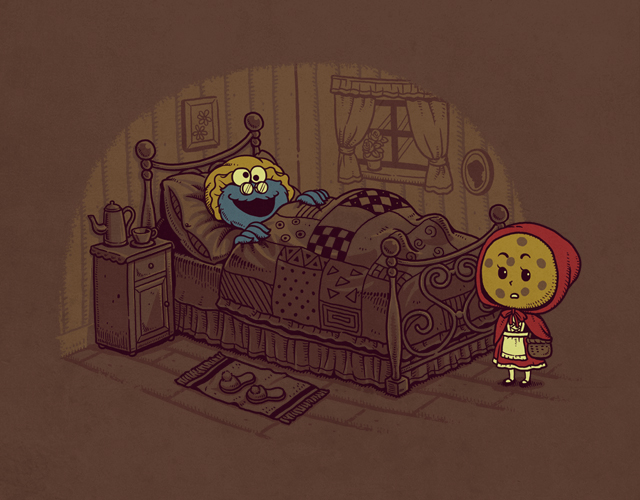 What if some of the world’s most iconic painters, sculptors, and other artists had been architects instead? Federico Babina imagines this possibility by creating…