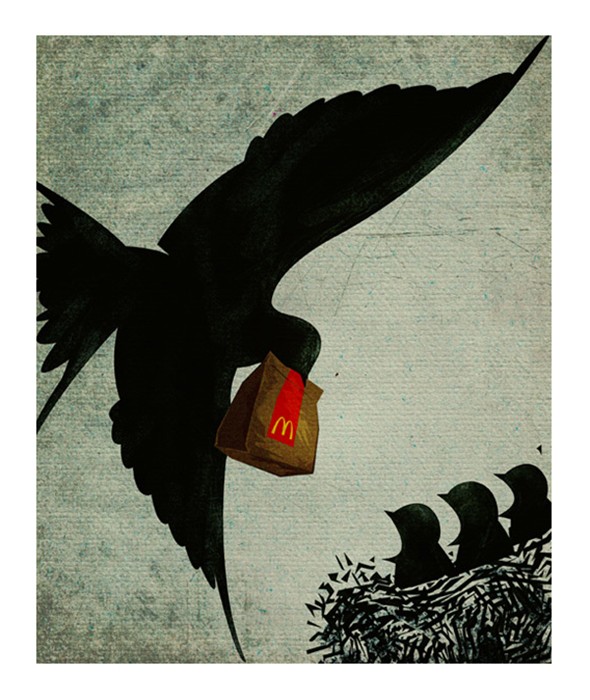 Benedetto Cristofani is an illustrator and art director from Italy. These digital illustrations were created for a mix of editorial and advertising purposes, and have a wide variety of subject matter. However, many of them appropriate pop culture images or well-known symbols to create a statement about controversial political, religious, or philosophical issues.  The Secret Lives of Women shows Wonder Woman blow-drying her hair, while Swallows shows a bird bringing back a McDonalds bag to his or her nest of young.  Versus shows a man and woman, with their faces represented by fists. The Jinn makes a statement on Middle Eastern culture and economy, by showing men bowing in the direction of a large figure formed out of oil. i-Parliament shows a politician looking at an iPad, with a Droste effect (a picture appearing within the same picture, which theoretically repeats infinitely). A cross and crown of thorns are shown as a basketball hoop in Holy Goal. 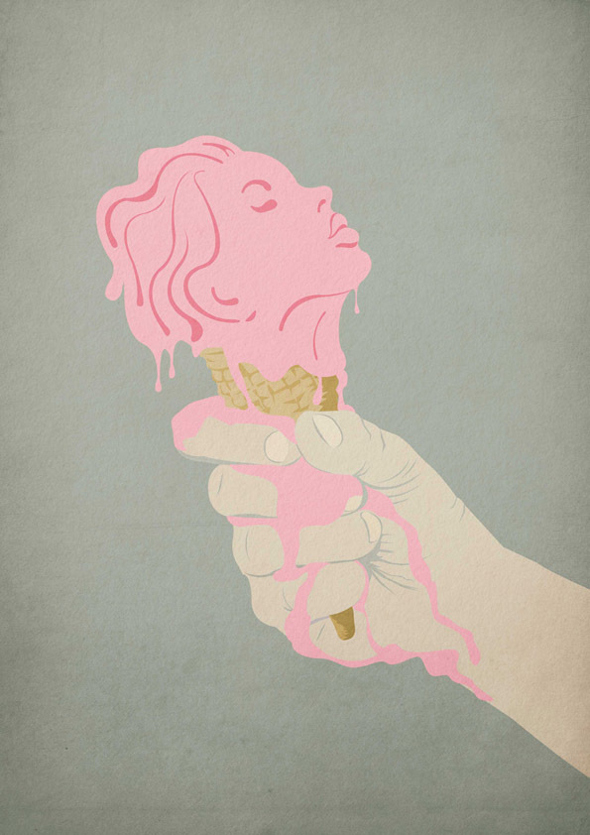 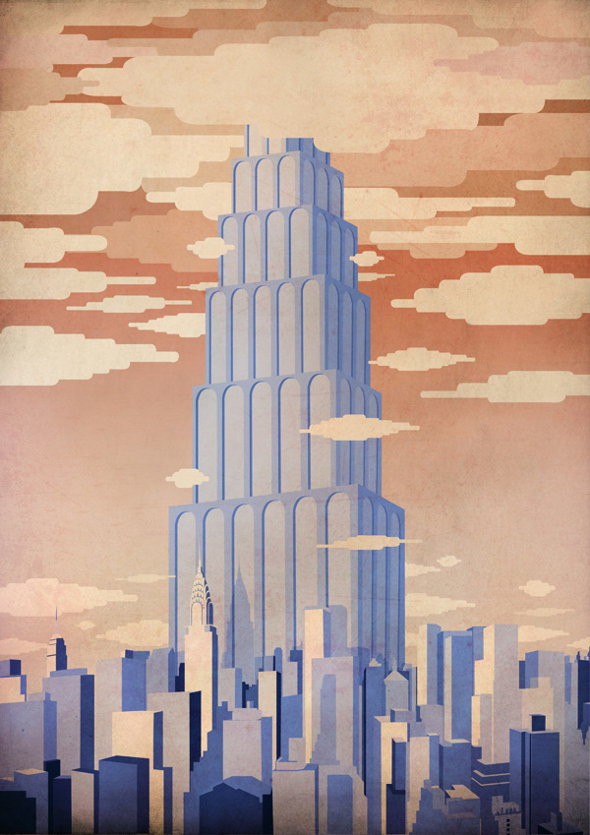 Book Cover for City of Glass by Paul Auster 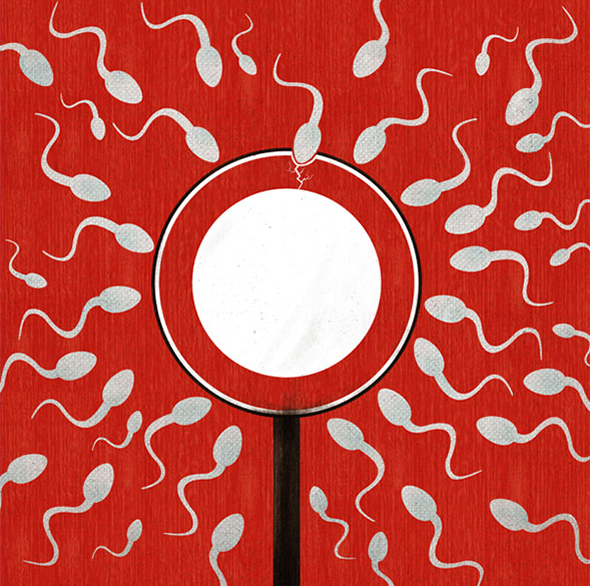 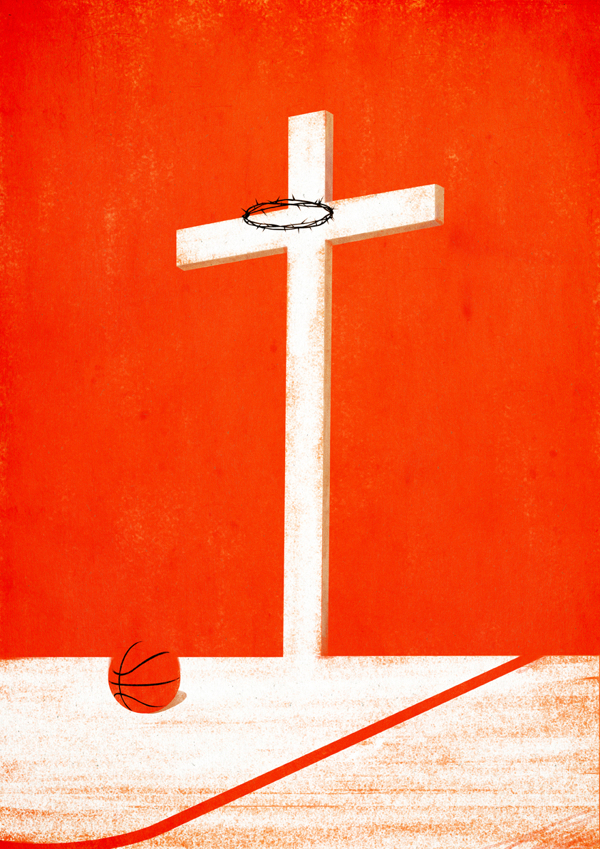 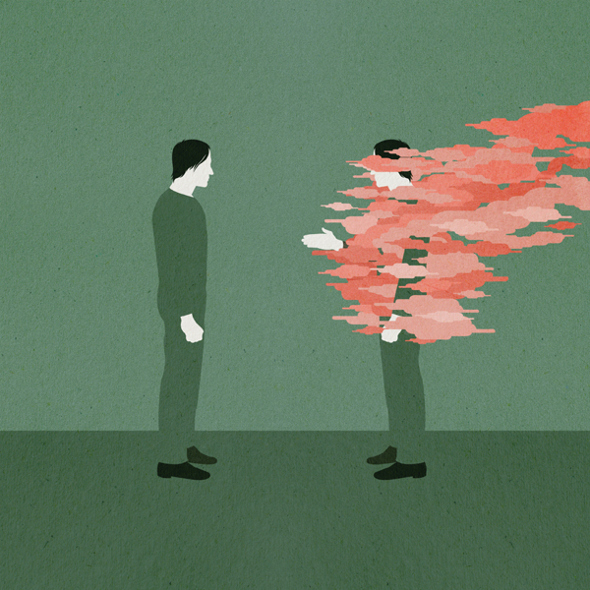 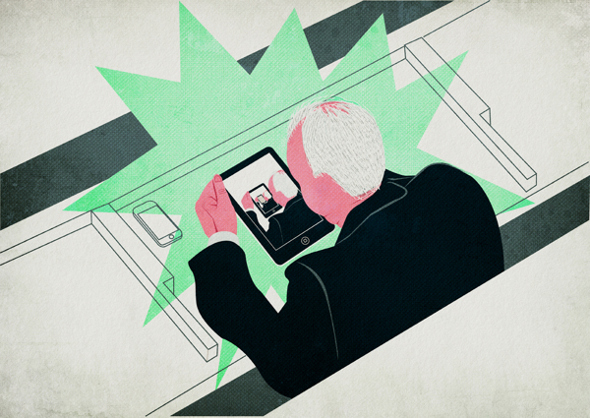 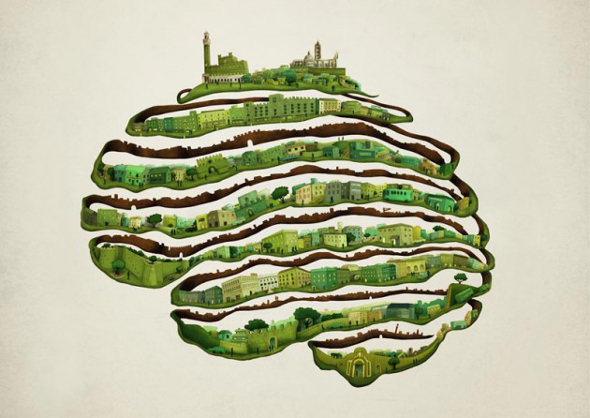 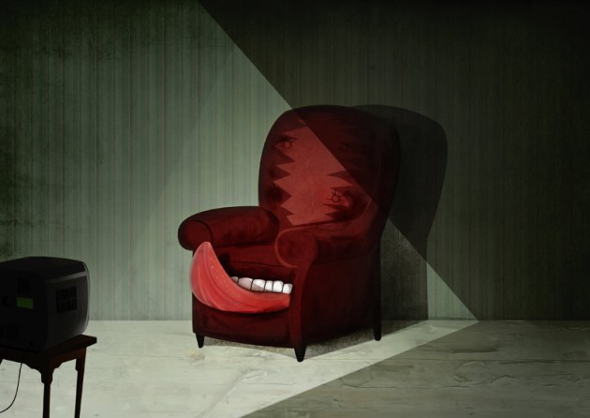 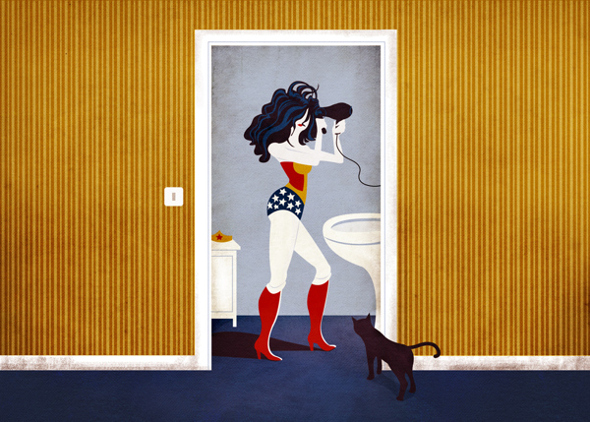 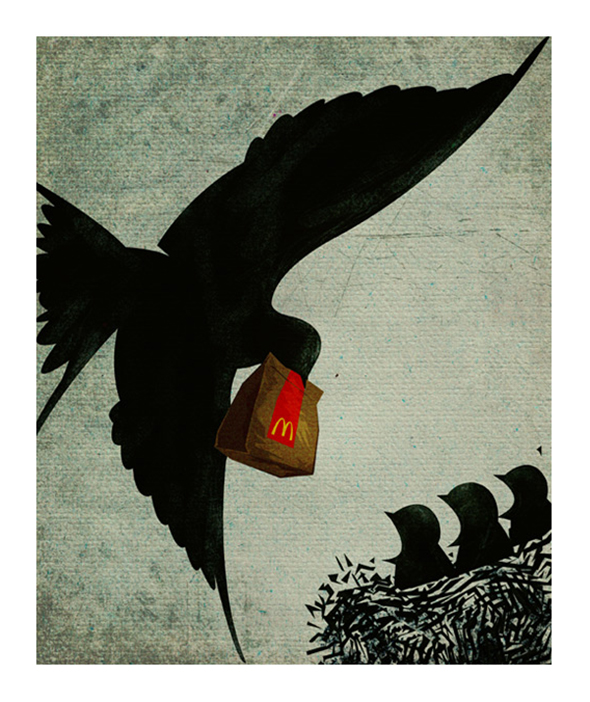 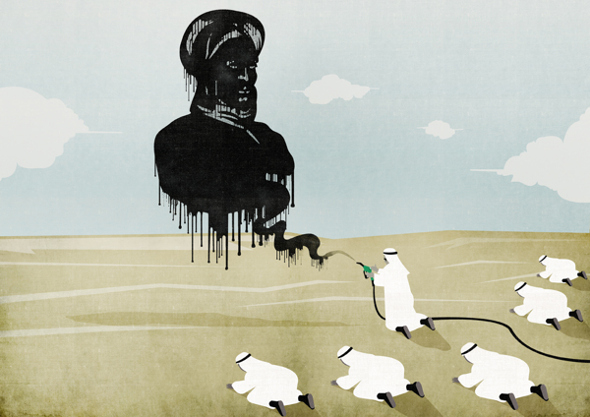 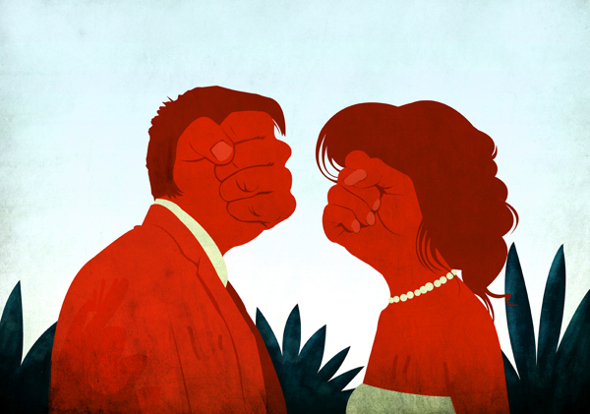 Natalie Foss, from Oslo, Norway, has illustrated a fold-out book seen from a fox’s point of view, called The Urban Shadow. The story is…