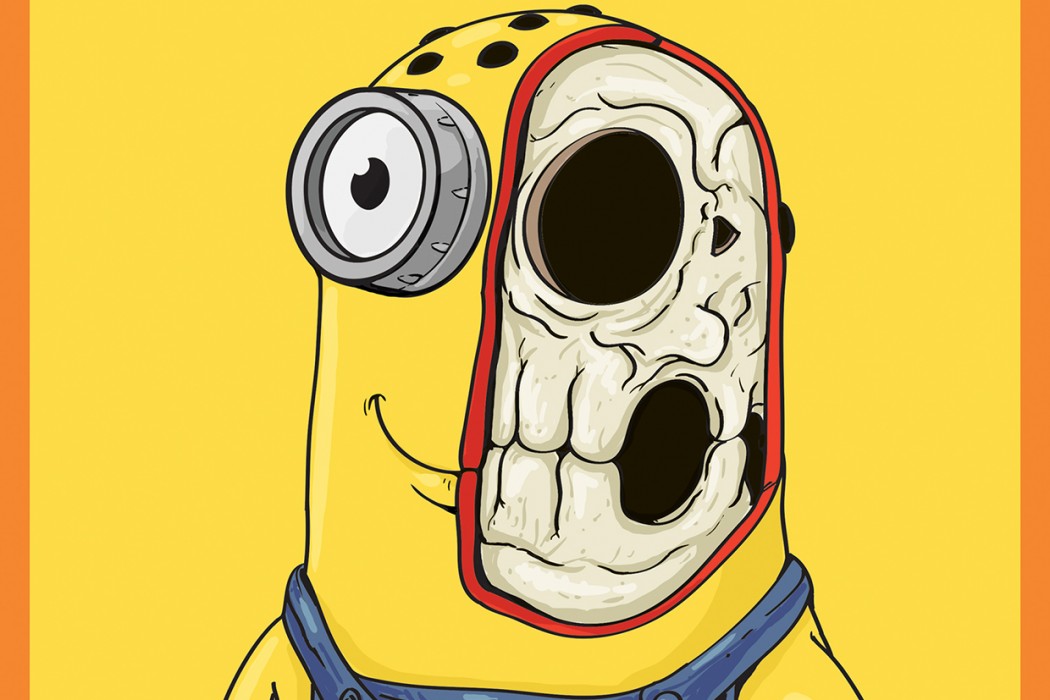 In Cute Yellow, Mahmoud Refaat brings together several famous characters known for their yellow colouring. The bizarre and funny twist? Each of the illustrations has a cutaway, showing the skull of each creature or person. It’s a bit strange to think of the animated characters’ anatomy in this way, since they aren’t always scientifically accurate in other ways. But I think it’s an interesting idea.

The series of digital paintings features Spongebob Squarepants, Homer Simpson, one of the Minions from the Despicable Me movies, Winnie the Pooh from the books by A.A. Milne and the Disney movies, the Looney Tunes‘ Tweety Bird, and Pikachu from Pokémon. Each character is easily recognizable, but Refaat does use his own line quality and illustration style which is different than the ways the cartoons were originally drawn. 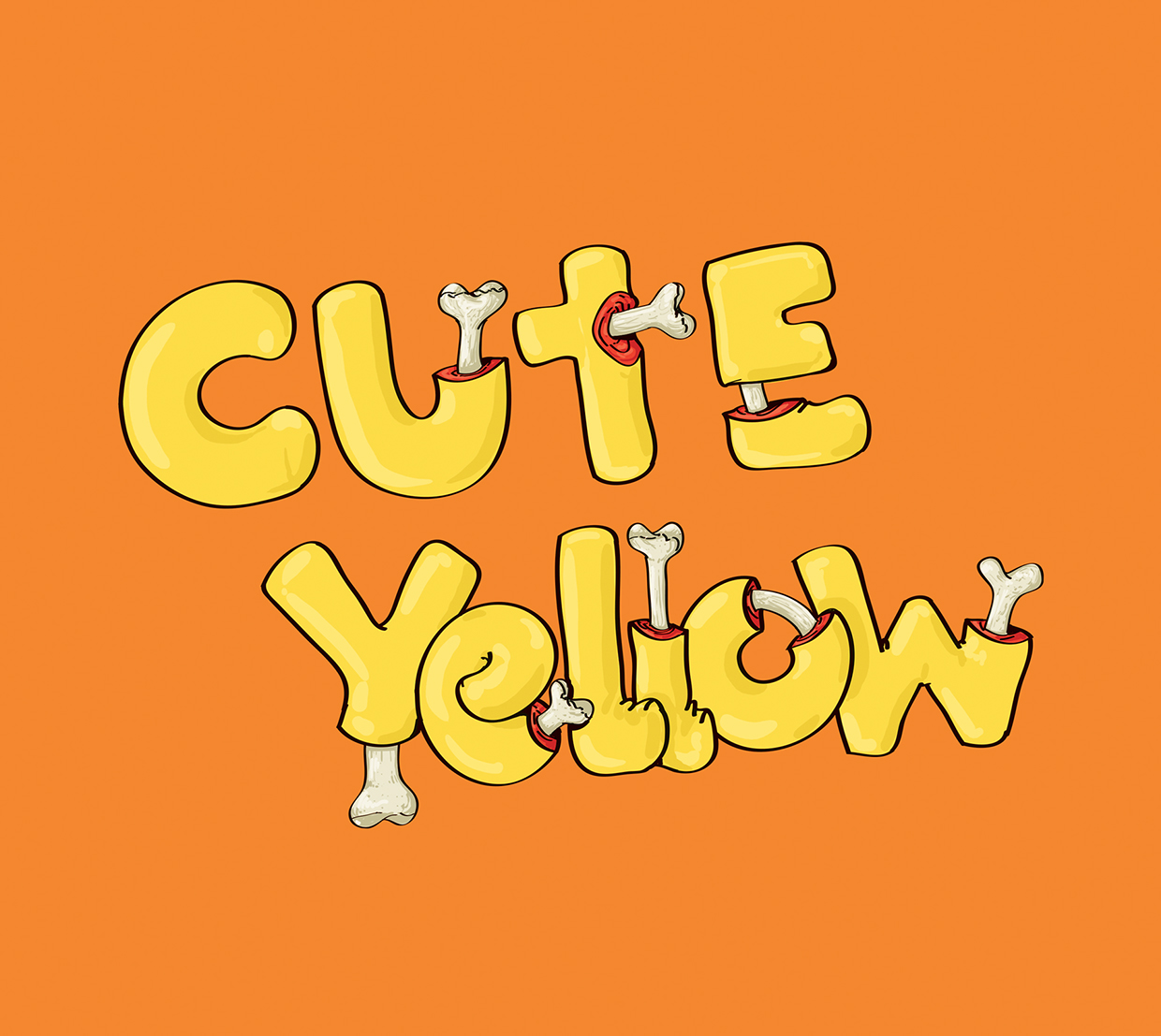 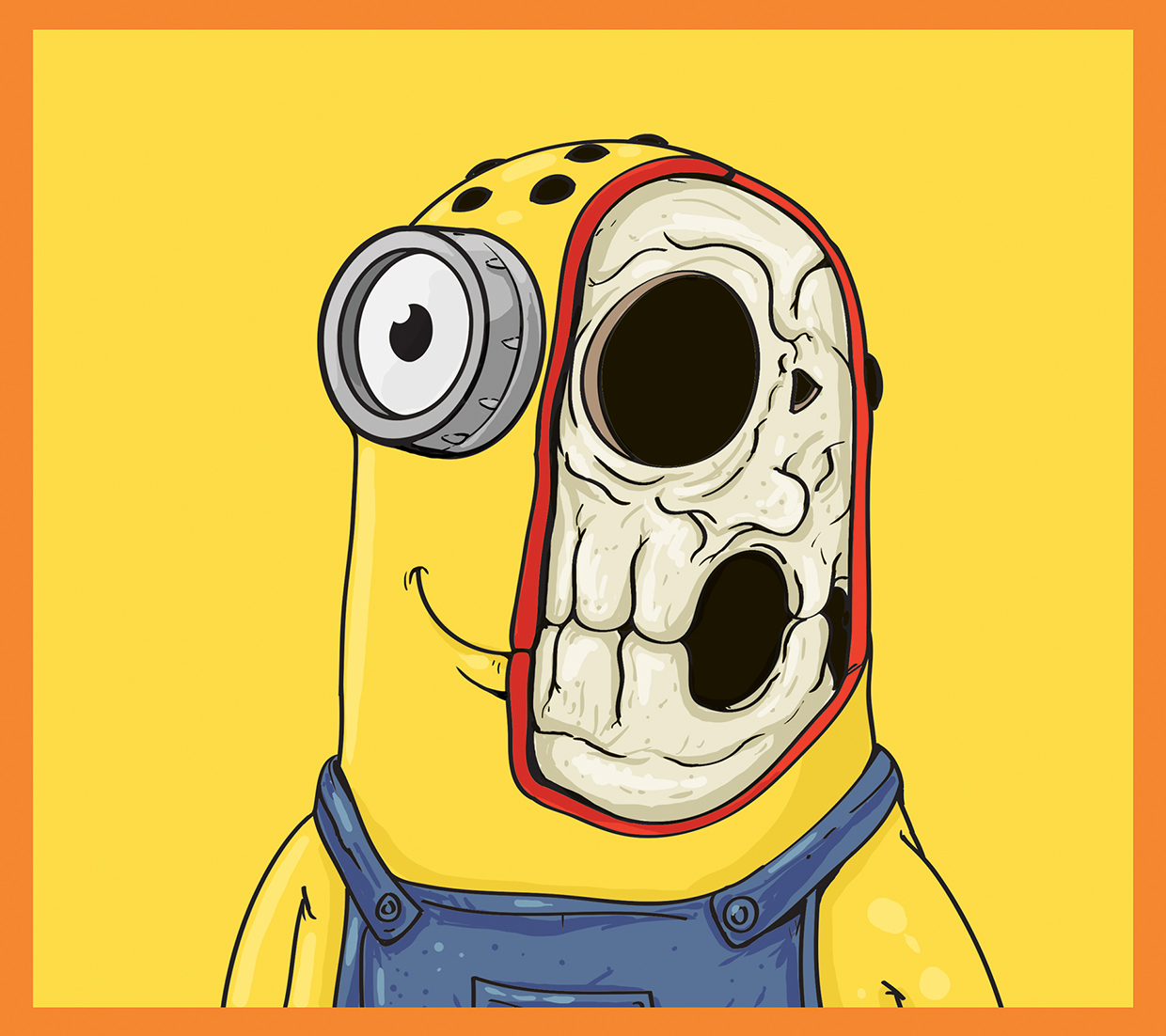 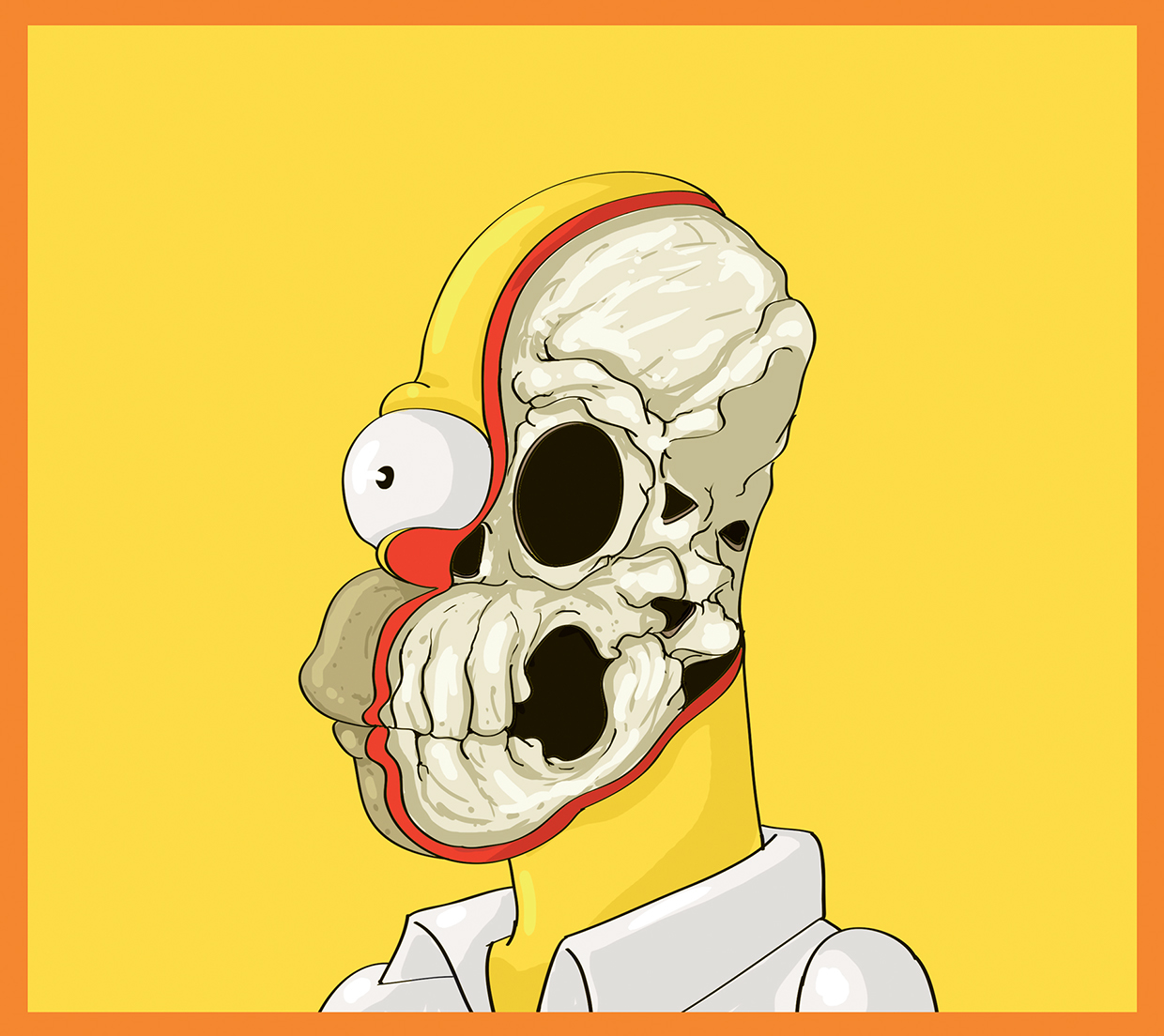 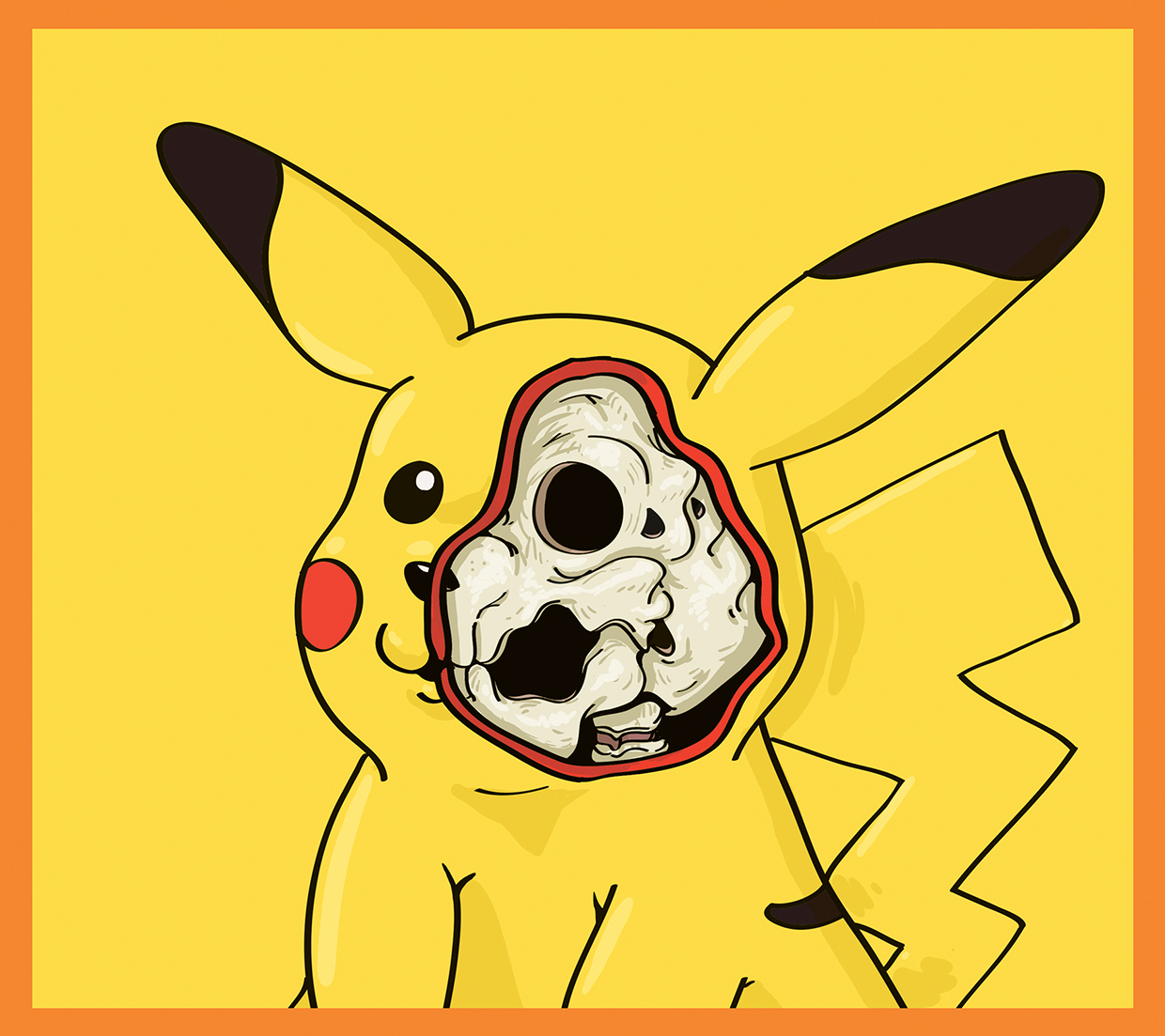 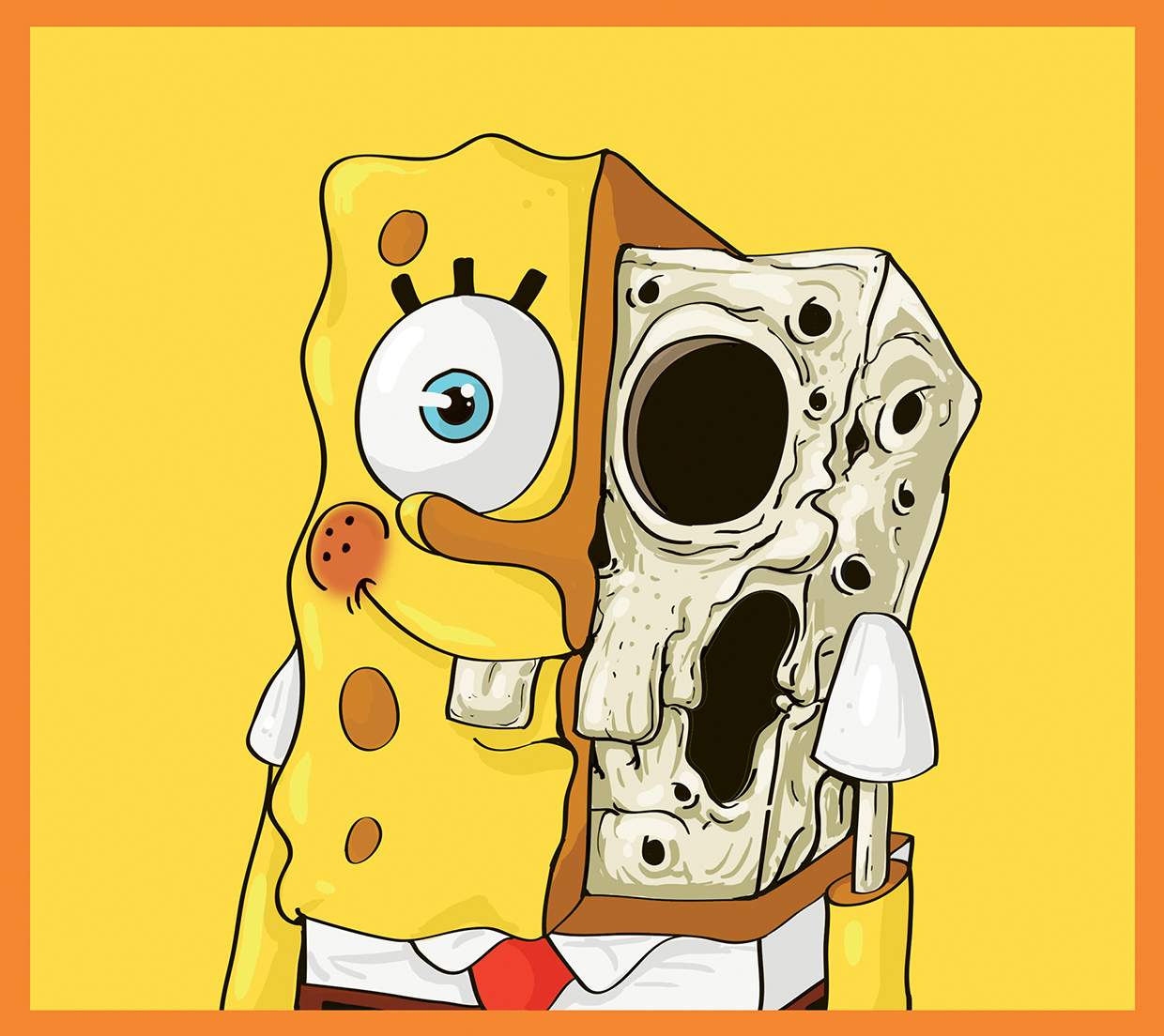 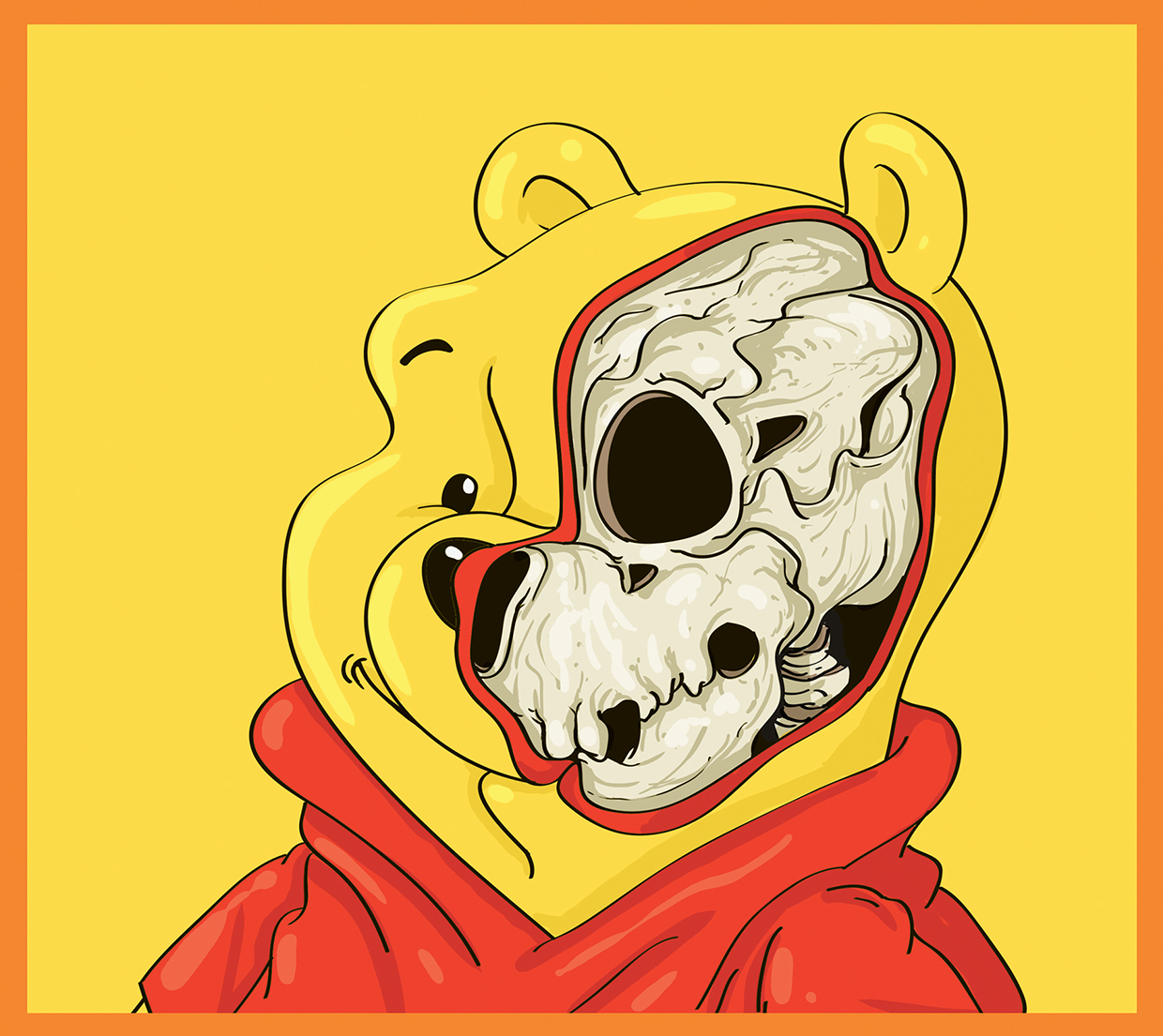 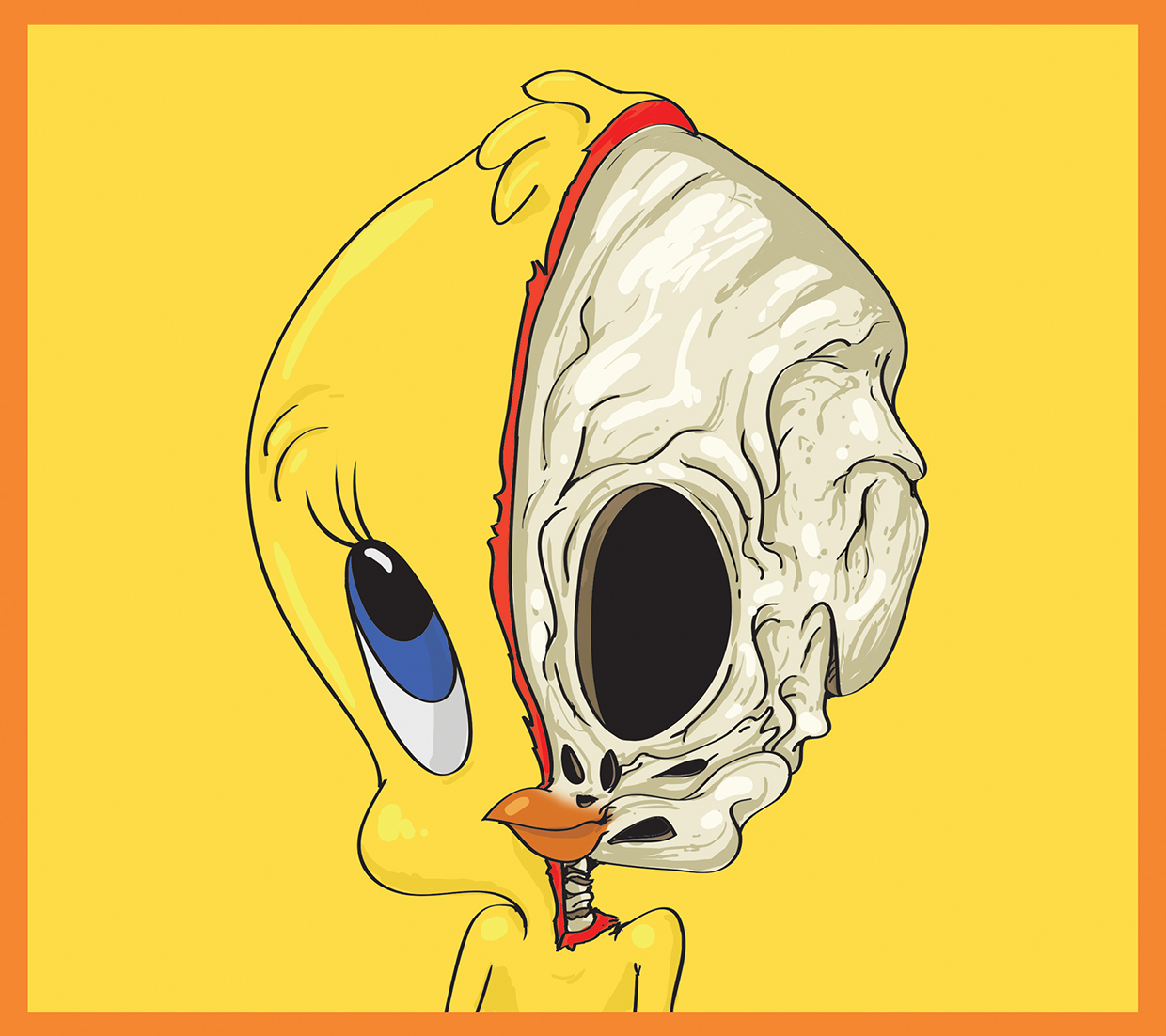 Intricate Graffiti Stencils on Found Objects: The Work of Penny

London-based graffiti artist Penny is a former surgeon who now uses his talent with a scalpel to cut amazingly intricate stencils for his art….