Celebrity is a series of manipulated photos by retoucher Chunlong Sun (from Beijing, China) and photographer Zhou Yulong. These are portraits of dictators and controversial political figures holding stuffed animals. Fidel Castro (Cuba) holds a crocodile; Mobutu Sese Seko (Zaire/Congo) a cow; Hugo Chavez (Venezuela) a teddy bear; and Muammar Gaddafi (Libya) a pig. Saddam Hussein (Iraq) has what might be a goat or antelope (but it’s difficult to tell since it’s highly stylized and looks more like a cat with horns). There does appear to be a meaning behind each of the animals chosen. For example, Gaddafi was a Sunni Muslim (and Islam forbids eating pork), and one species of crocodile is found only in Cuba. However, there is no artist’s statement to verify his specific intentions. 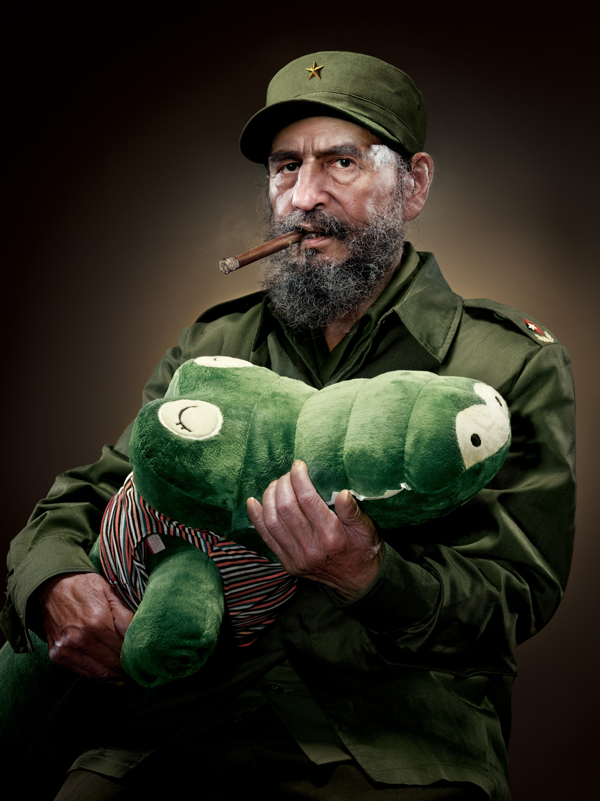 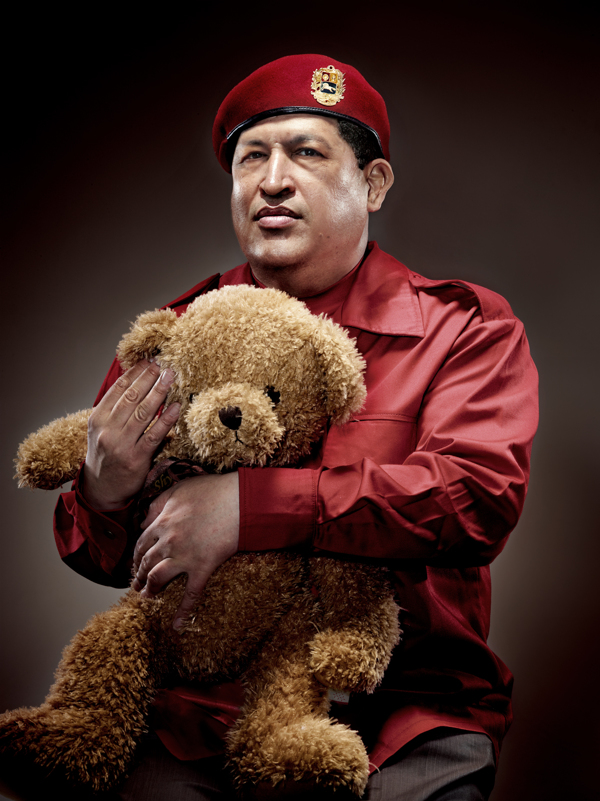 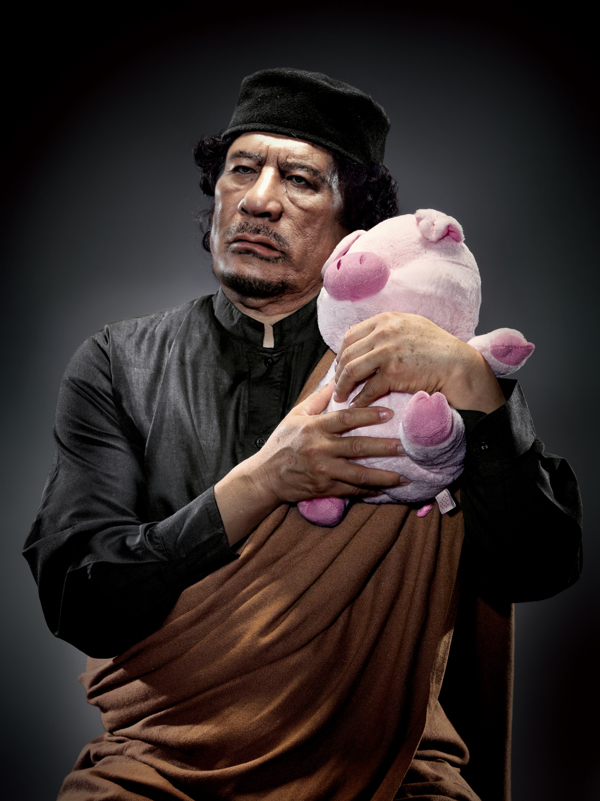 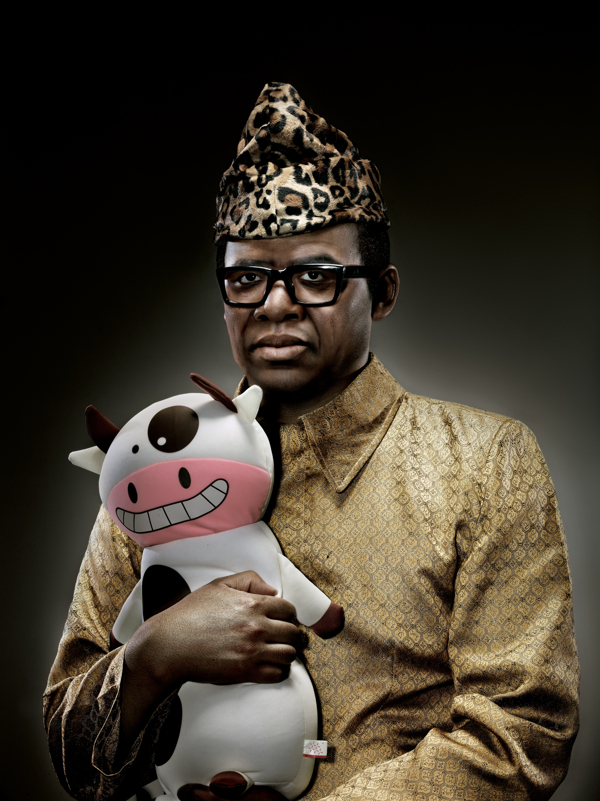