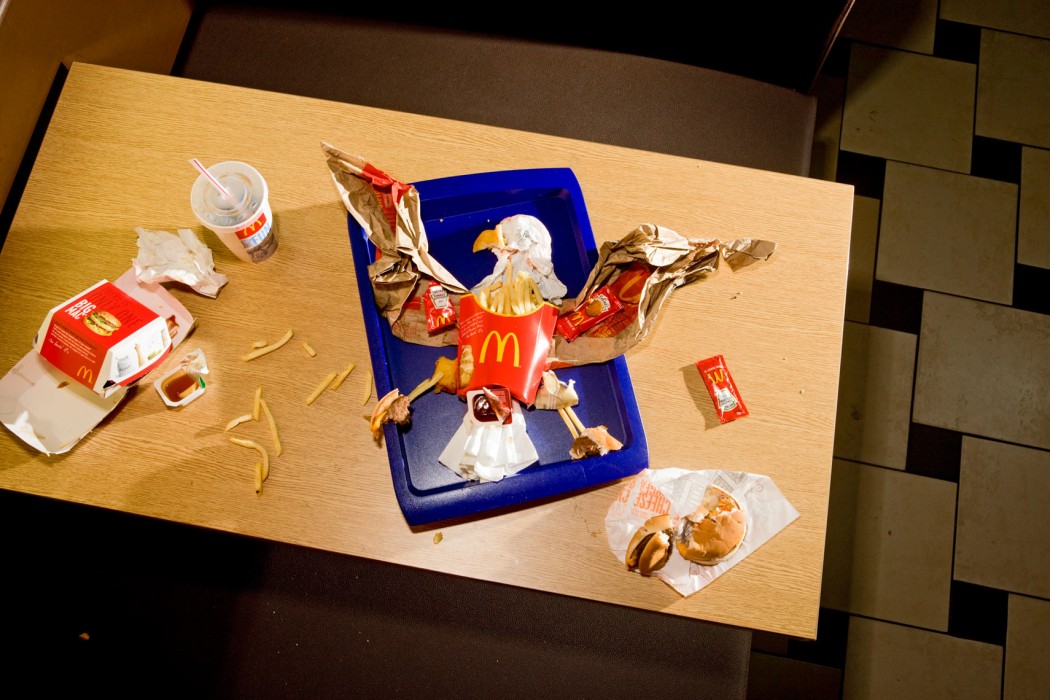 Jasper White, a photographer from London, U.K., created these intriguing collages made from various materials to represent four vices of American culture. Each is in the shape of an eagle.

The first image in Vice shows food and packaging from McDonald’s, with the backdrop of a restaurant table, which represents fast food and unhealthy dietary choices. An eagle made from Playboy and other adult magazines, underwear, and shoes, on the cluttered floor of a bedroom, symbolizes ideas of sex and pornography. Our focus on violence is shown by an eagle made from toy guns, toy soldiers, and superhero action figures, displayed on a sidewalk. The final image comments on our society’s use of alcohol, tobacco, and other drugs: cigarettes, beer cans, shot glasses, and various drug paraphernalia are shown on a beat-up old table.

I like the way that each image not only uses carefully arranged objects to form the eagle, but also the entire background of the photo helps set the scene. However, I think that the choice of materials and vices portrayed runs the risk of oversimplifying or hyperbolizing these complicated issues.

While the bald eagle is an emblem of the United States, eagles have also been used as a symbol of strength and power in many other nations and cultures. Usually the bird’s qualities are shown in a positive light, but not always. In fact, Benjamin Franklin opposed the choice of the eagle to represent America and thought it was “a bird of bad moral character.” I think it’s interesting how White’s work plays on this idea of the eagle’s complex symbolism.

“My work looks at the relationship people have with territory, space and the boundaries we define,” says the artist. 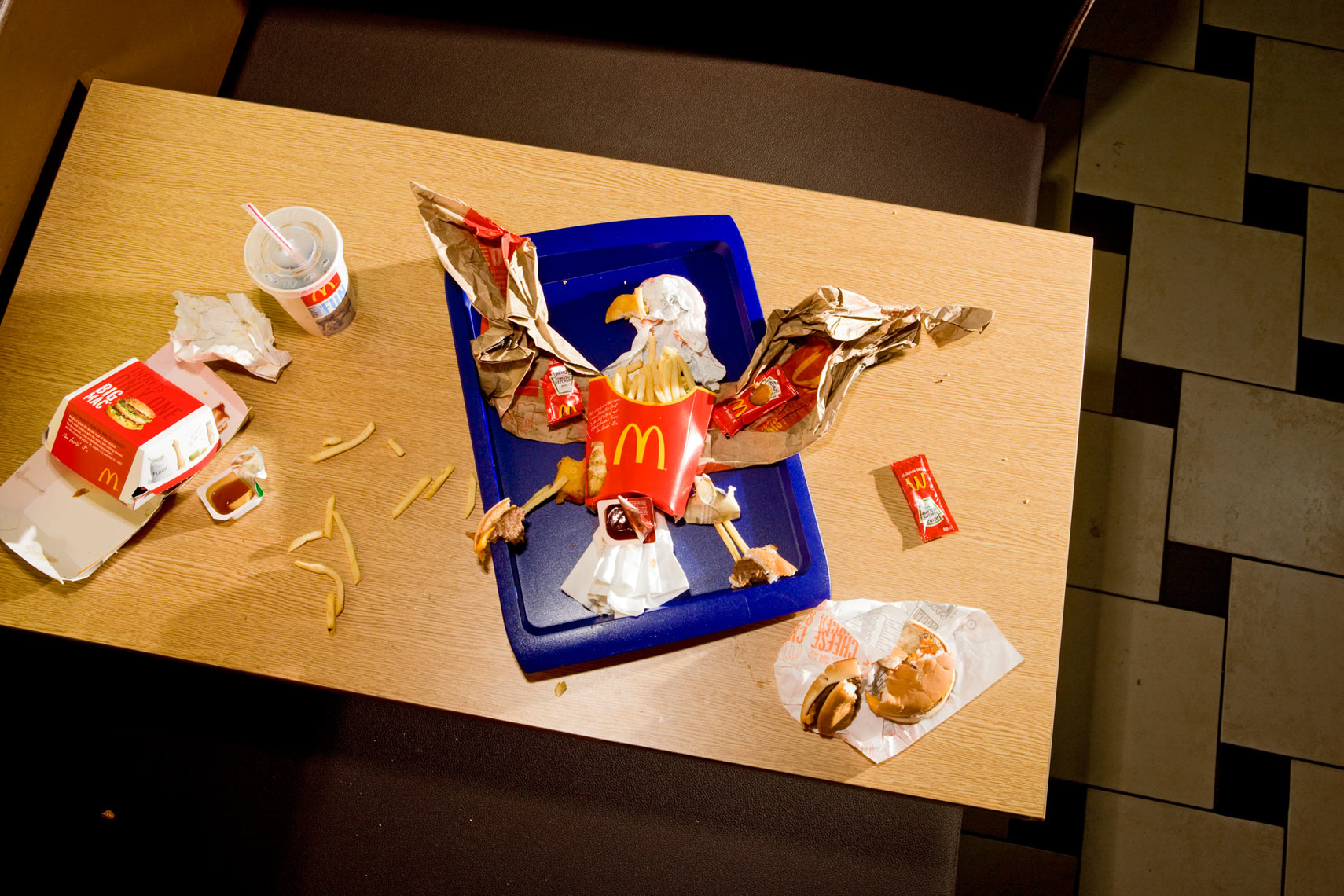 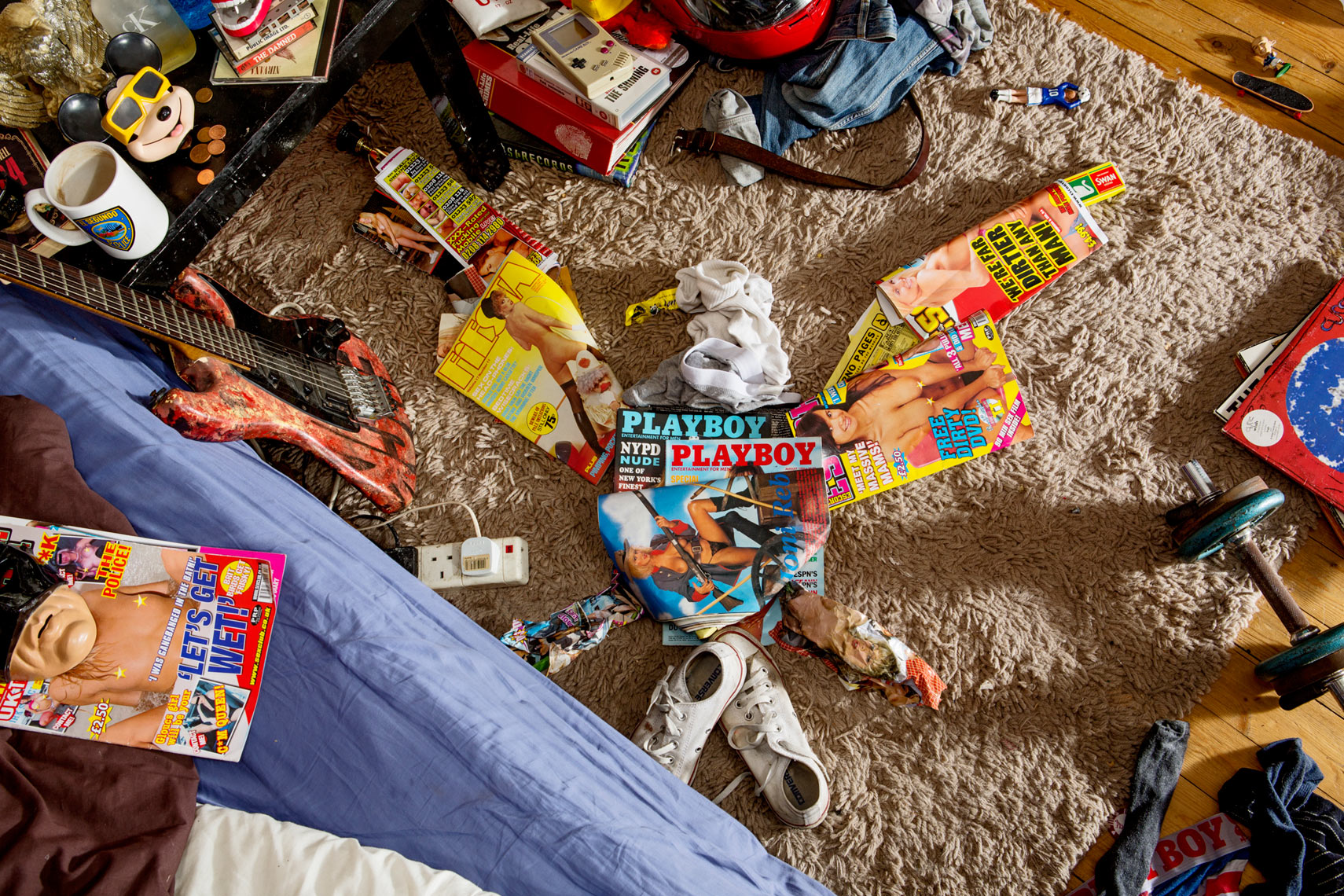 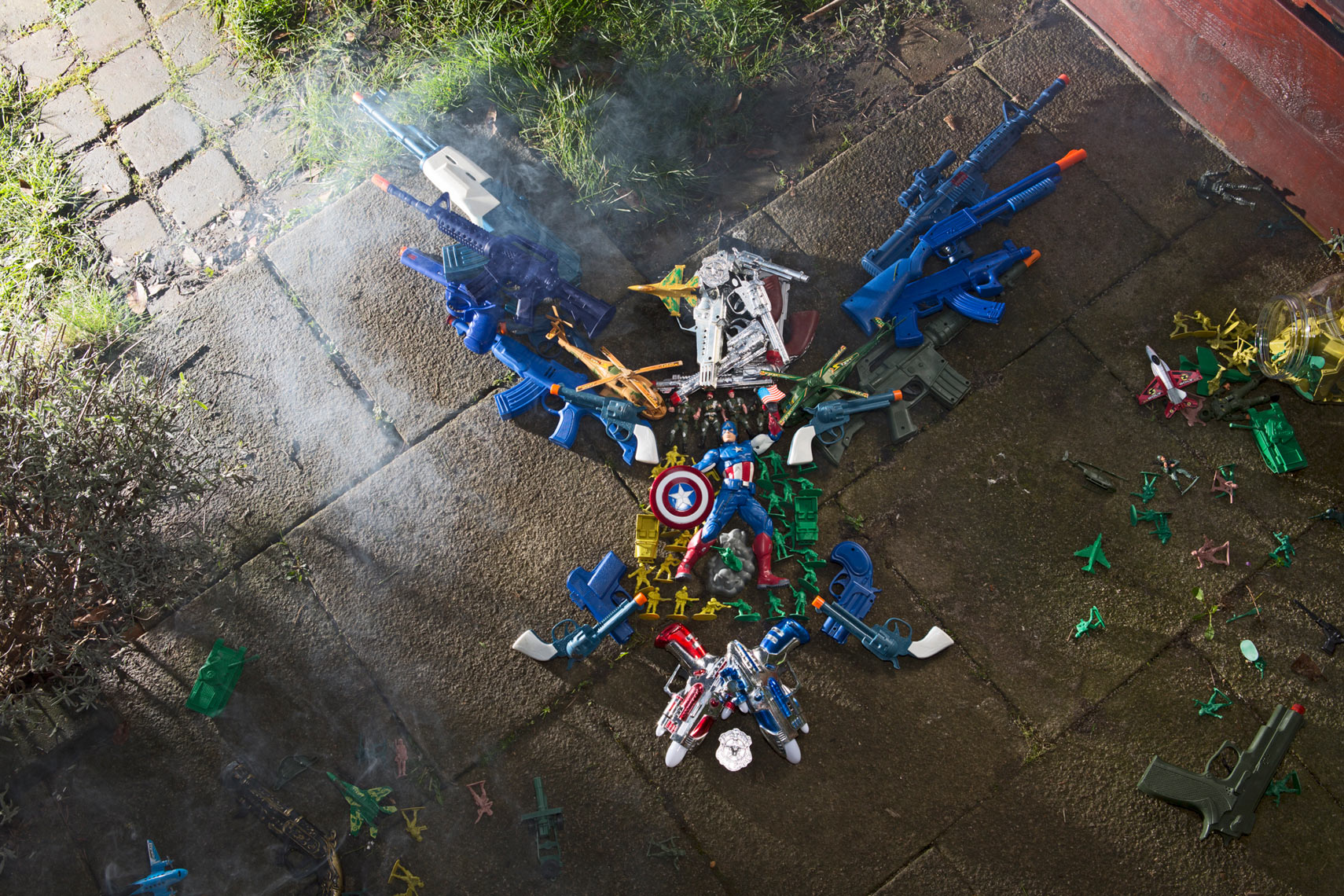 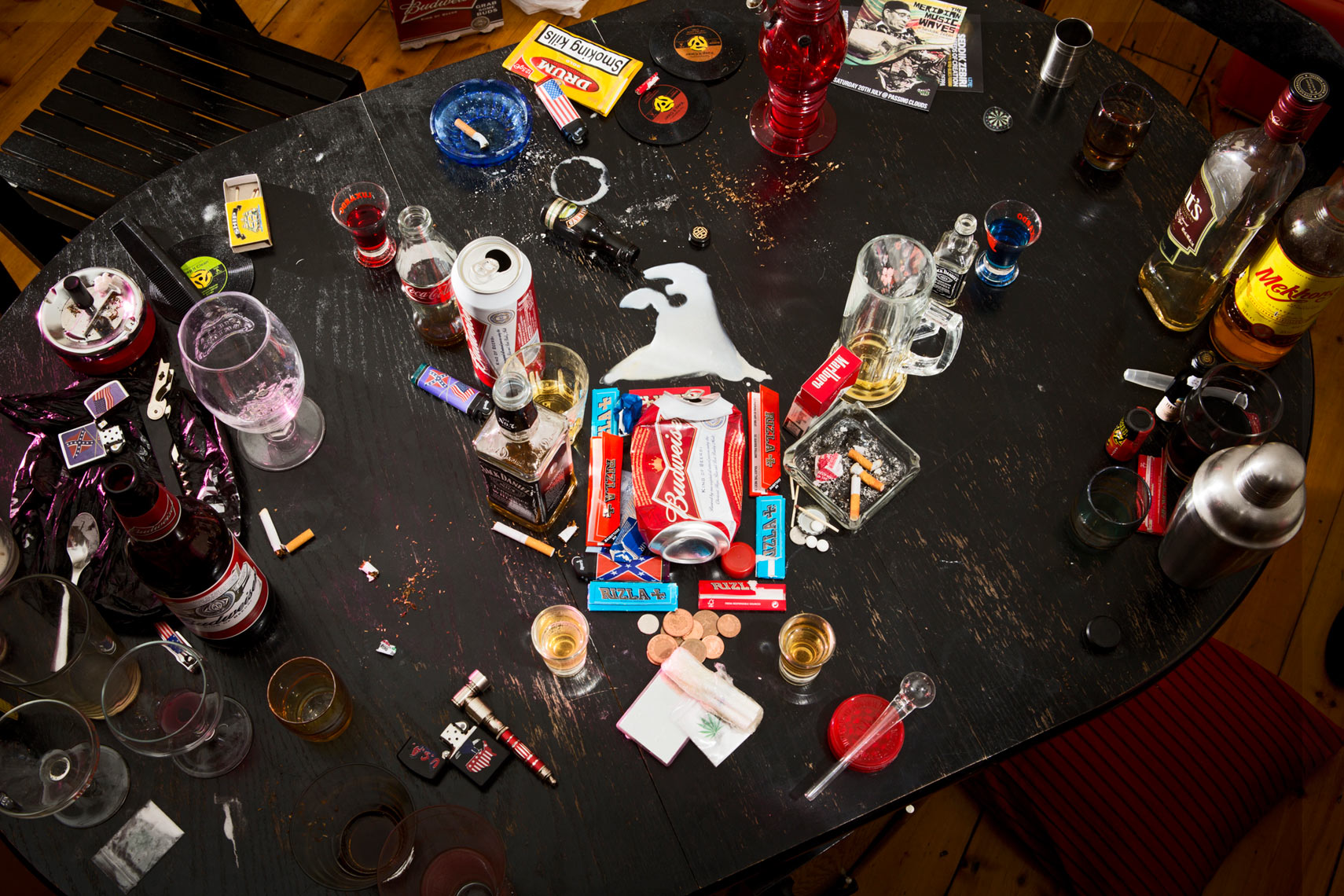 These gorgeous images by Gelrev Ongbico depict nature — particularly some of the conflicts between man and the environment. The artist creates his work…