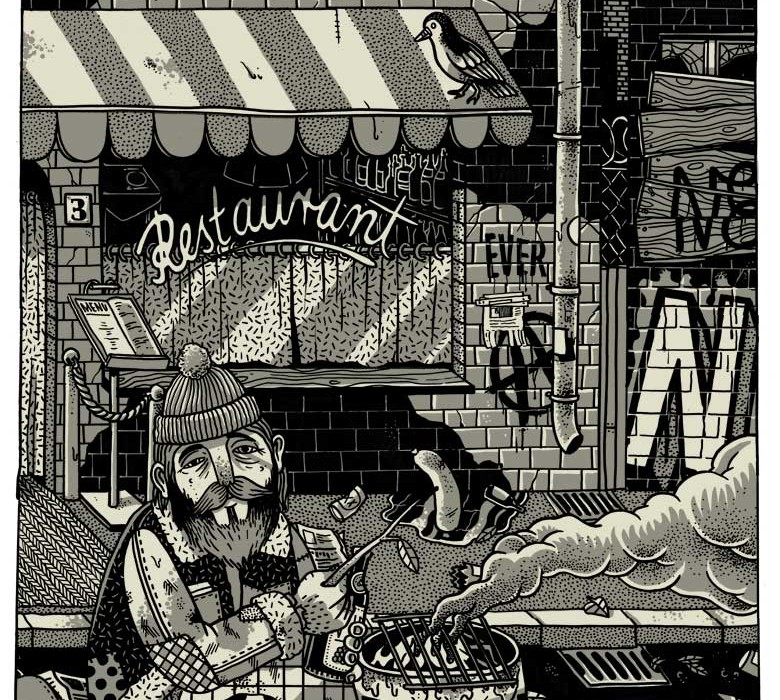 This series of illustrations by Martin Krusche is called The Poor, and it shows several homeless and destitute people, among the backdrop of a deteriorating city. I think the illustrations are satire, because they are almost comic, but also highlight a depressing societal problem.

Each piece in this series is a black ink and marker drawing, with grey shading added digitally. The pictures are quite busy and filled with a variety of interesting details and patterns. This variety of mark-making is one of my favourite elements of these pieces.

The Poor Kinderwagen (Stroller) shows a woman pushing a stroller that she uses to collect bottles, passing in front of a “Sex Shop.” The Poor Restaurant shows a man sitting in front of an actual restaurant, but cooking a sausage over a makeshift grill. Pigeons, graffiti, and litter fill the backgrounds of every scene. A tattooed, provocatively-clad prostitute is called The Poor Princess, while the illustration of a pan-handler asking for money is The Poor Sparkasse (Savings Bank).

Krusche is a freelance illustrator, and he also works as Art Director for the German T-Shirt design and fashion company Yackfou. 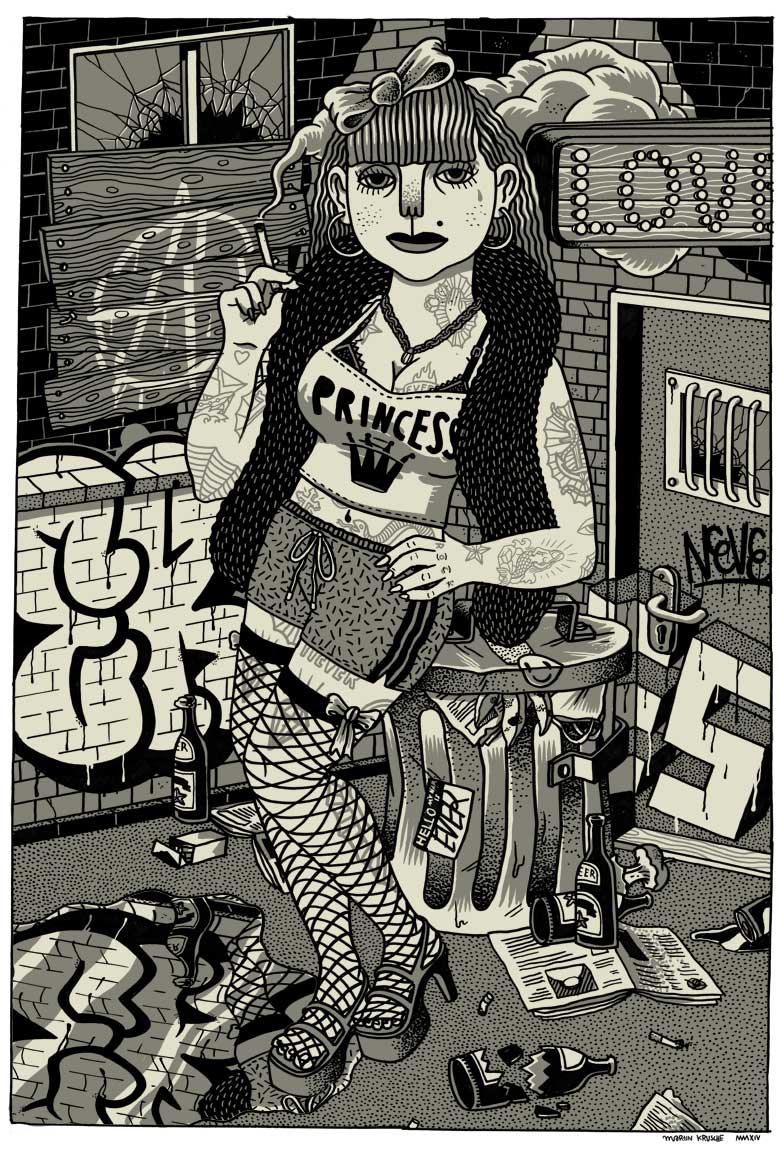 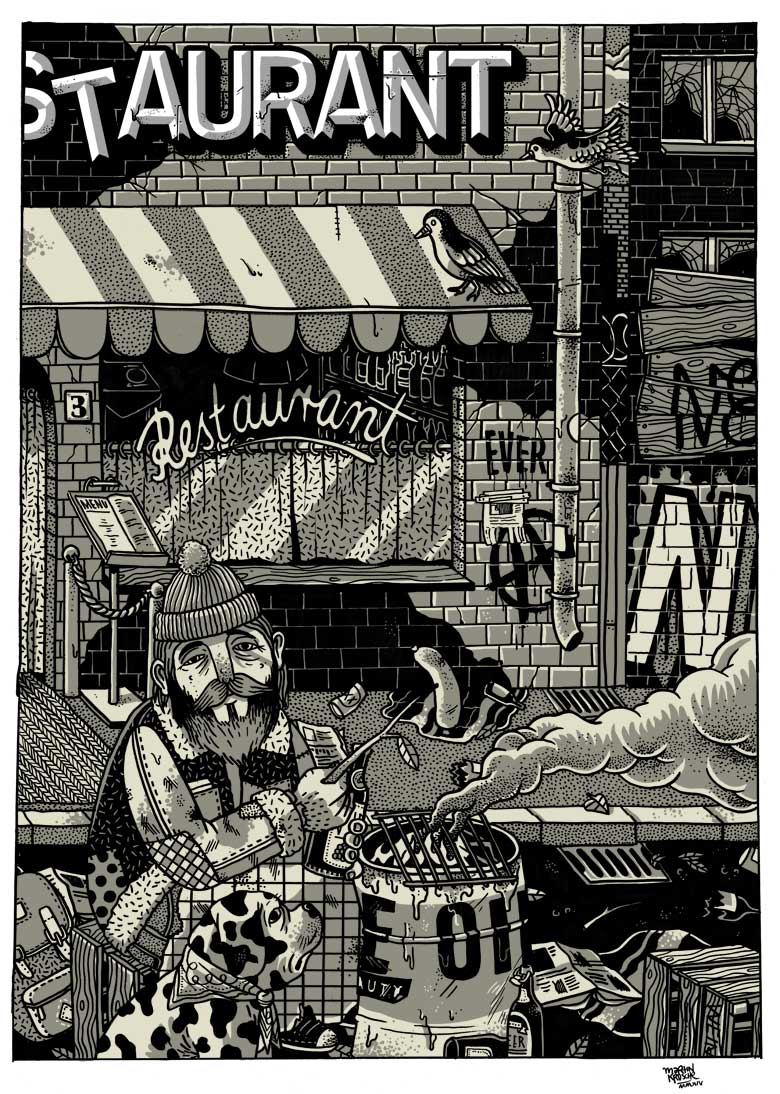 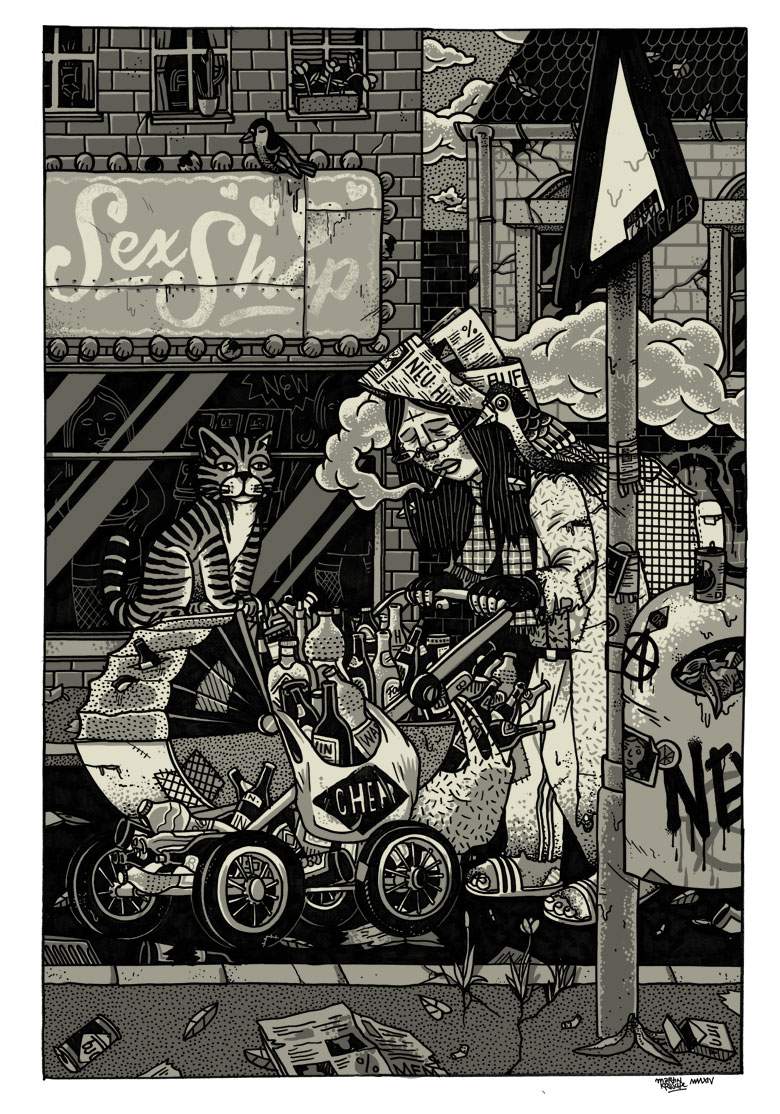 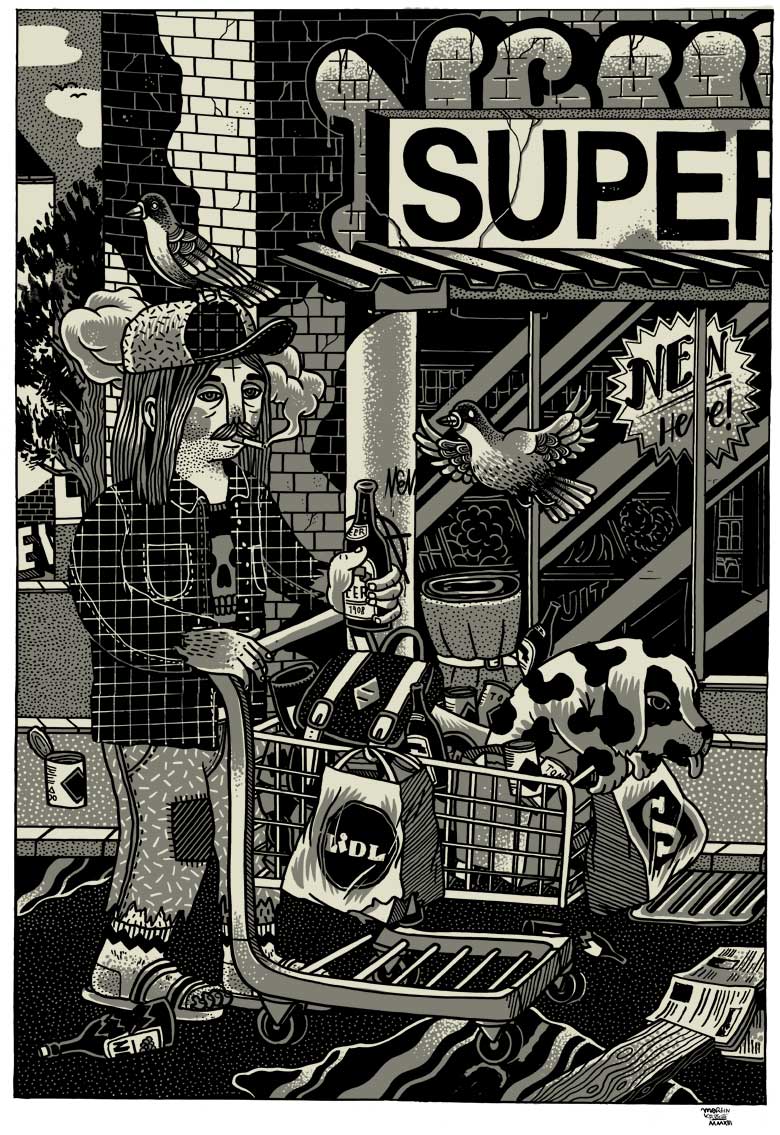 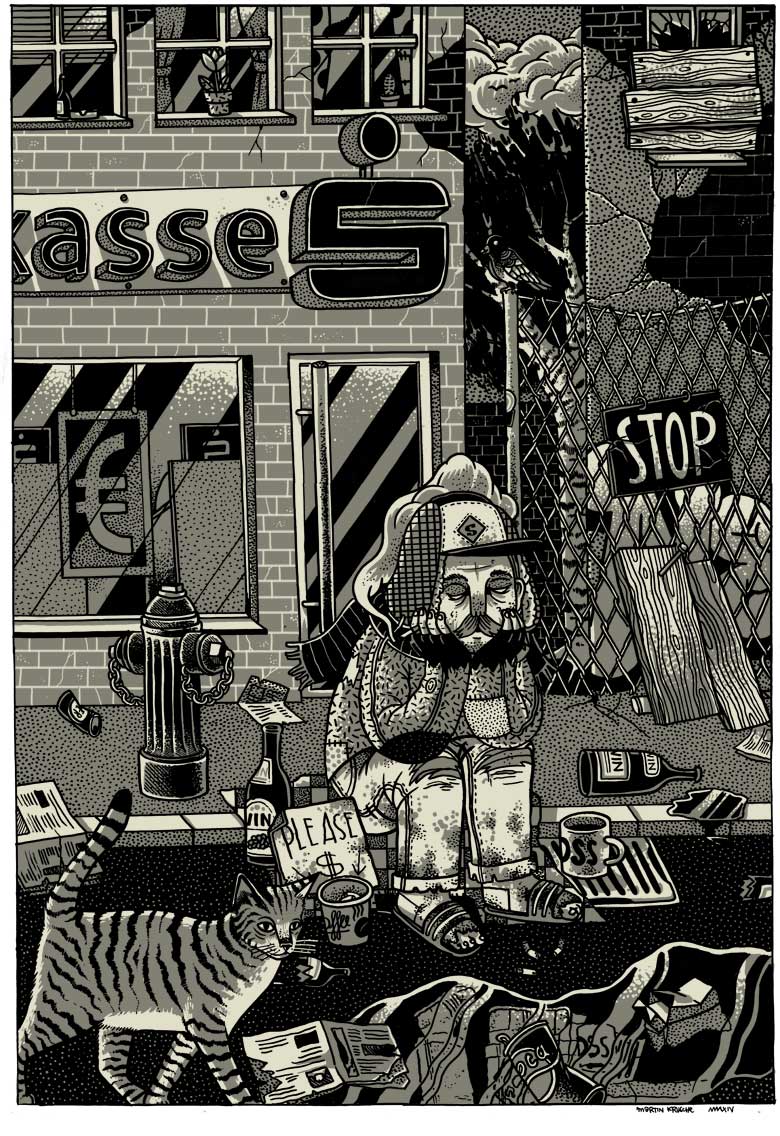 Fatih Öztürk, of Istanbul, Turkey, made these moody, sometimes minimalist drawings. These pieces have a loose, sketch-like quality. You can still see the brushstrokes…