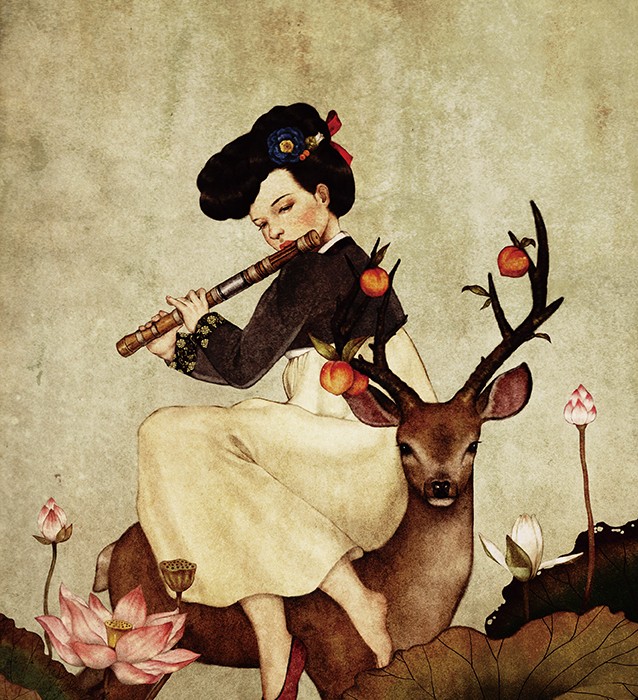 These gorgeous illustrations by Dani Soon are made using digital painting techniques. I think her lush and nature-inspired style would feel right at home in a children’s book, although some of her work deals with slightly darker themes and symbolism.

Make Up shows several gloved hands holding brushes and eyelash curlers up to a girl’s face, applying her makeup while she is in handcuffs. Honey Fairy, which shows a fairy lying among calla lilies and oriental lilies with a vial of amber liquid in the background, was used by CNP cosmetics company for one of their products. She has also drawn a series of four illustrations (two shown here) for Hans Christian Andersen’s fairy tale Thumbelina.

Many of her other paintings include people shown with various animals, such as one with a girl playing a flute while sitting on a deer’s back. Fruits and flowers are also prominent in her work, either as flowers in the girls’ hair, peaches hanging from a deer’s antlers, or as the basis for patterns used in the images.

Soon lives in South Korea. For some of her works, such as the Thumbelina series, she was inspired by the Korean “Minhwa” style of folk painting. Minhwa features flat figures, lots of empty space, and a plain or straightforward style. These folk paintings often featured mythical creatures, animals, and plants which have rich symbolic meanings.

From Soon’s biography: “Living in such a remote town meant there was not much to do, so books and drawing became her biggest pastime enjoyment. Being at one with Mother Nature also allowed her imagination to run wild and the rustic environment had a critical impact on her decision to be an artist. Even though she now lives in a hectic city, she still draws inspiration from reading books and working outside which allows her to absorb her natural surroundings.” 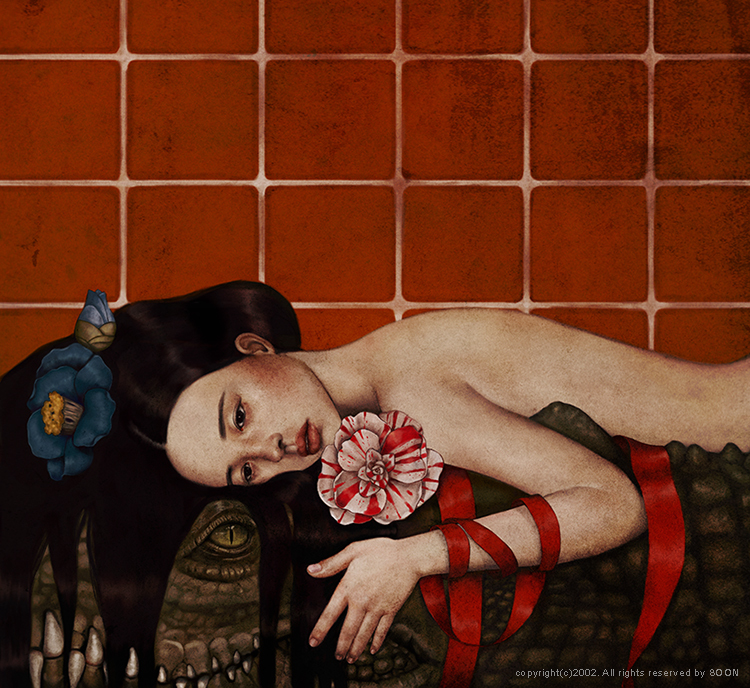 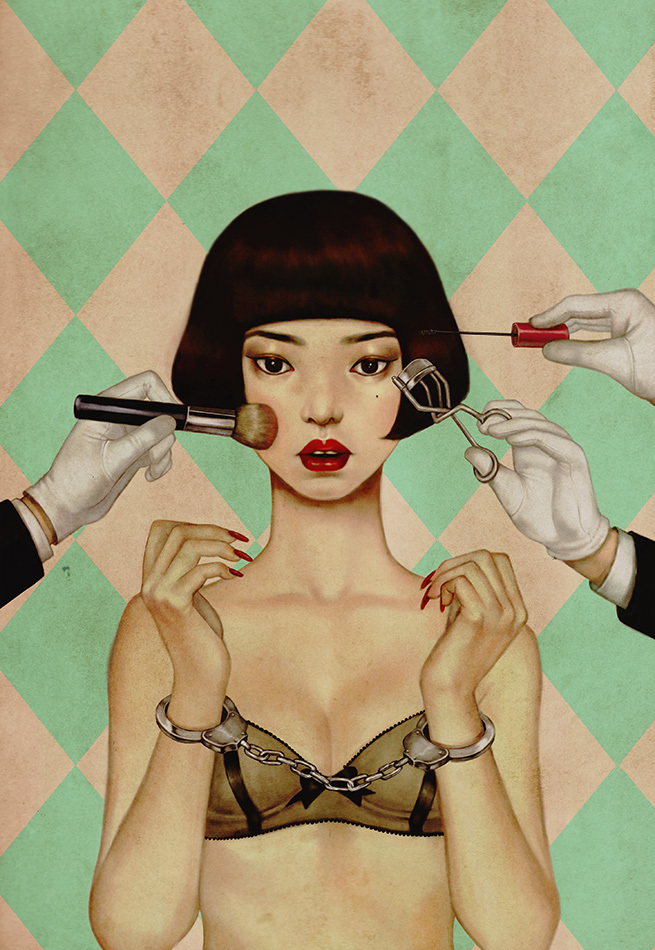 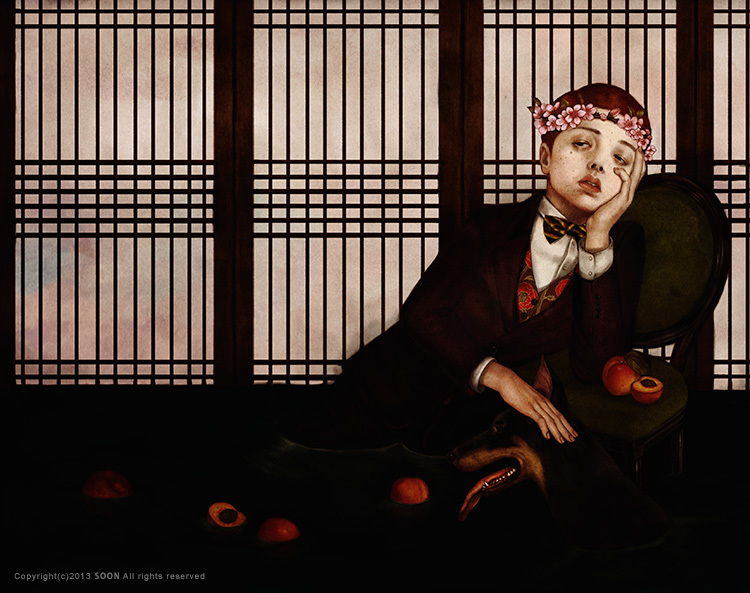 Peach and Dog and Boy 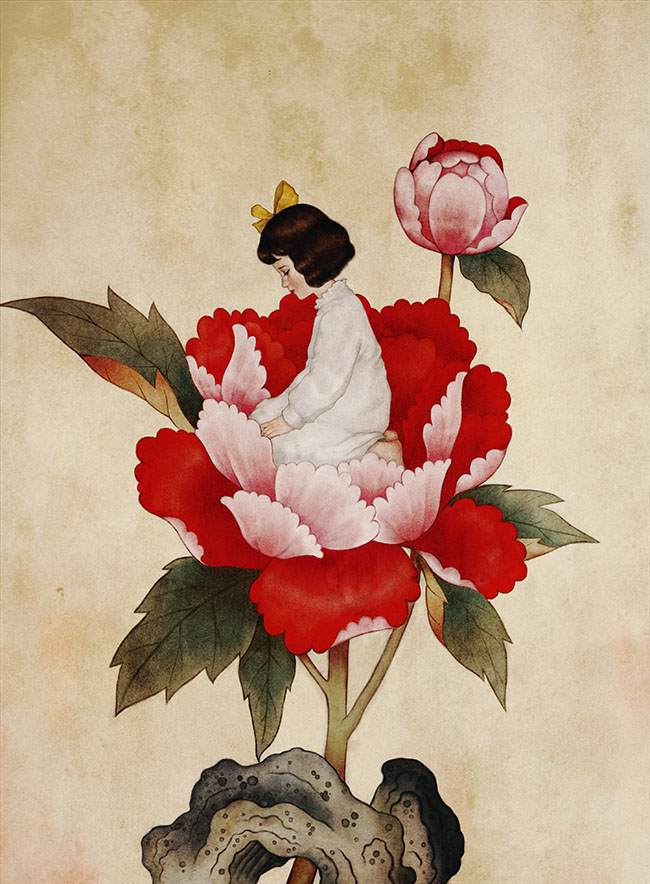 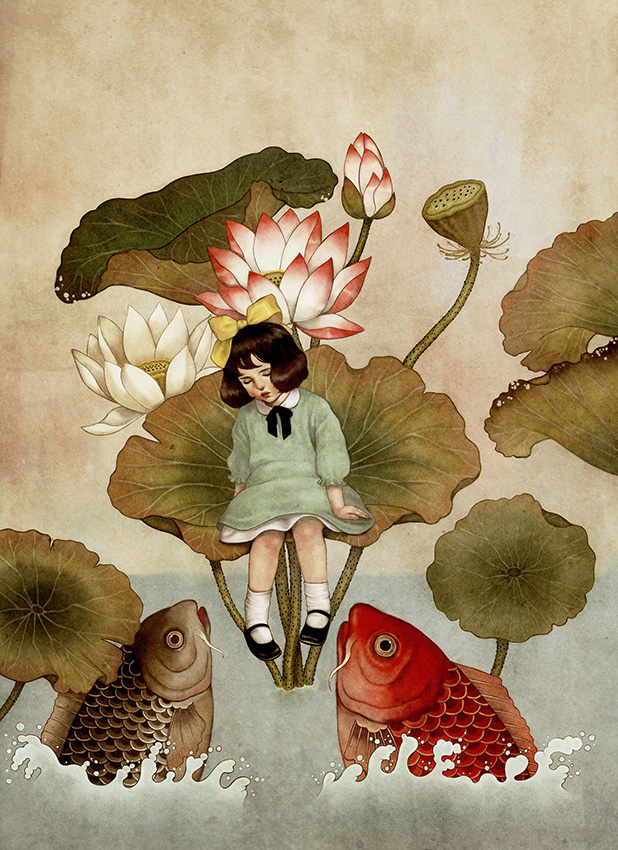 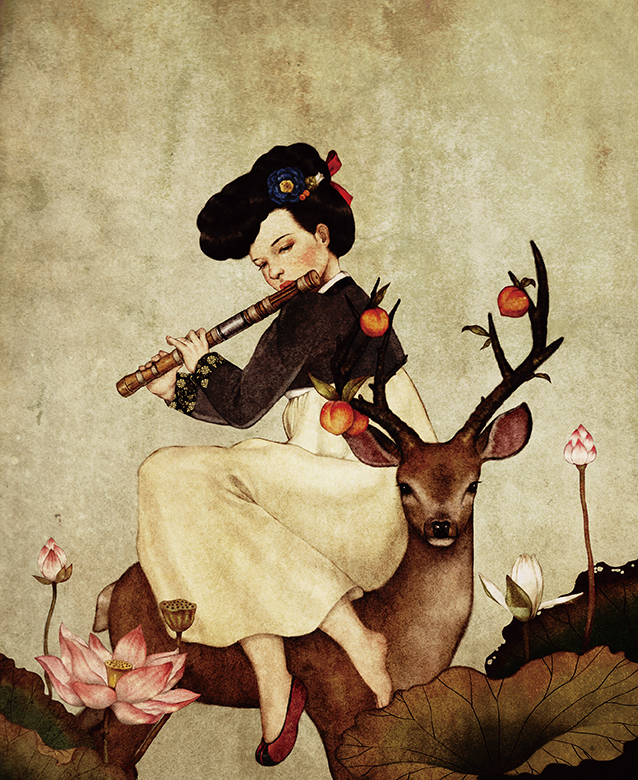 Girl with Deer and Lotus 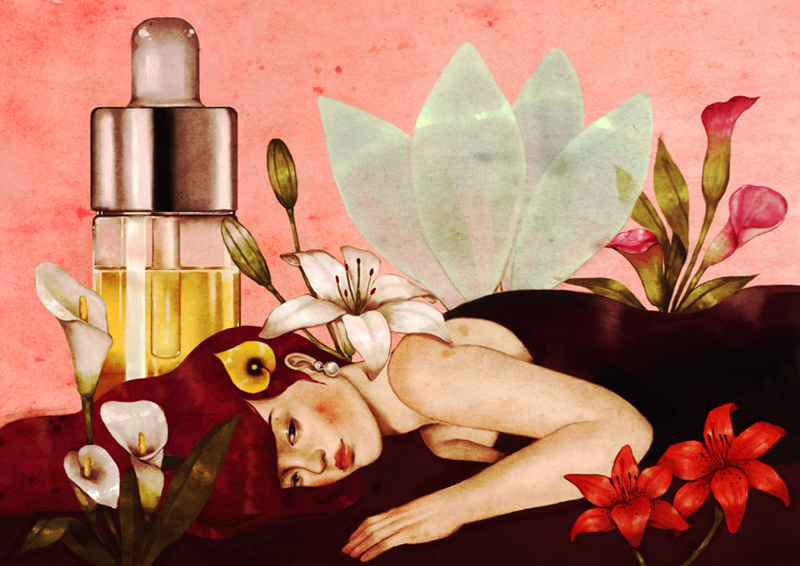 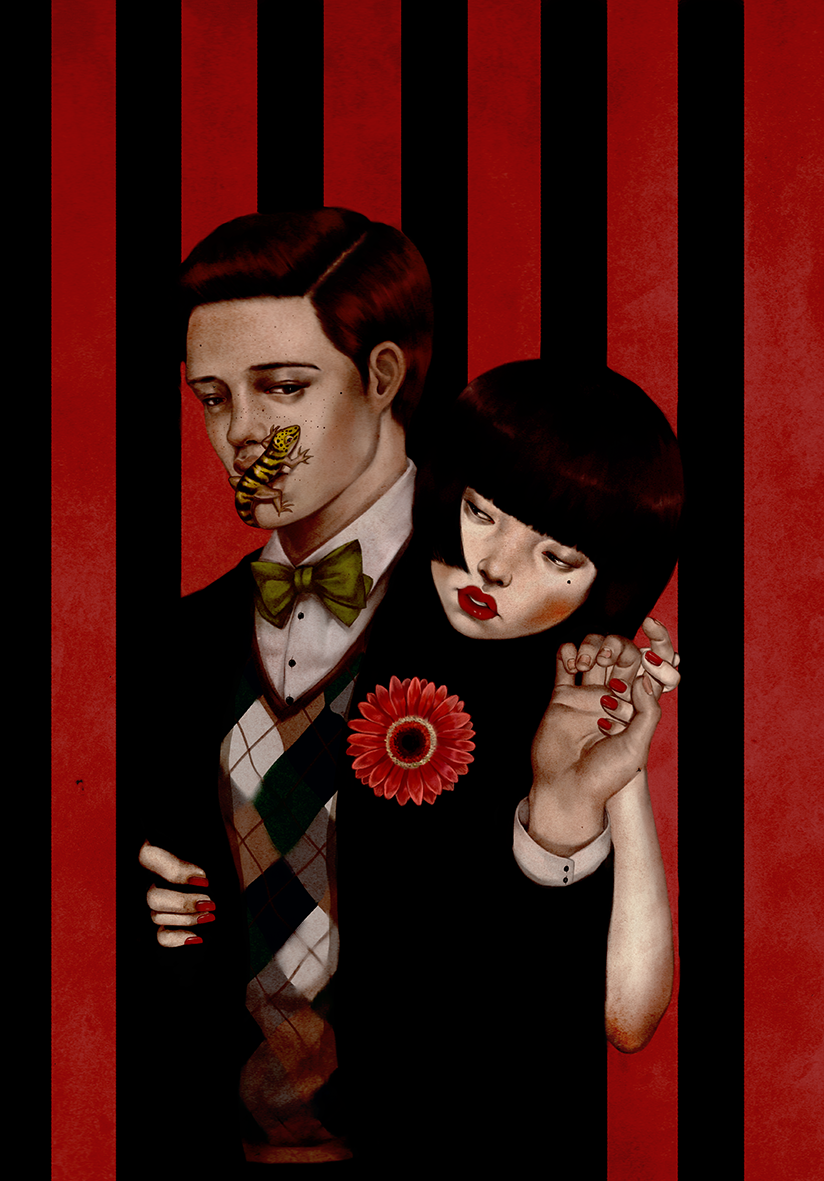 Lizard and Boy and Girl 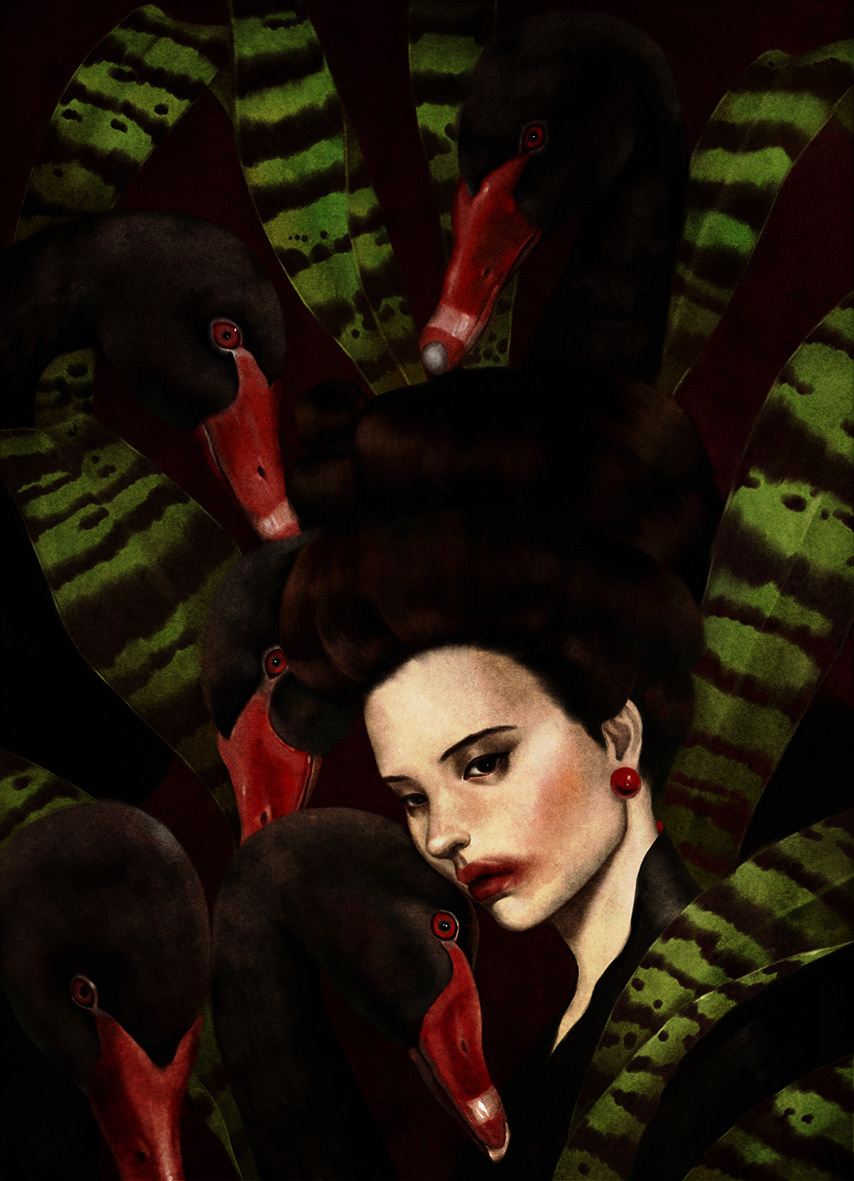 These darkly comical illustrations by Ben Chen mash up popular characters from film, TV, comics and folklore. They offer a imaginative and odd twist…