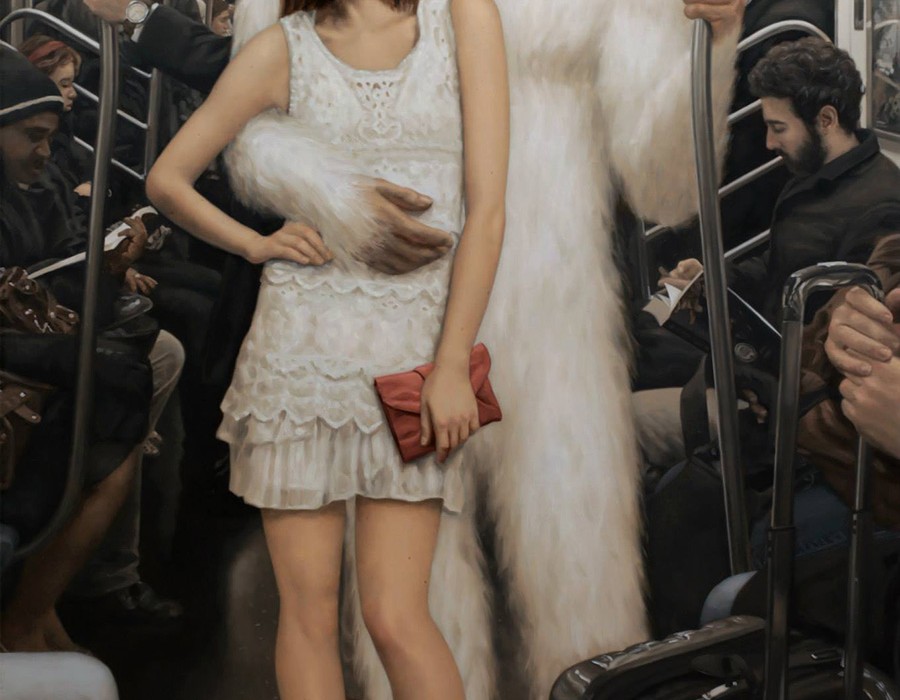 In the vein of the TV show Once Upon a Time or the graphic novel series Fables, Matthew Grabelsky‘s oil paintings show a wide variety of mythical and fairy tale creatures in the modern world. 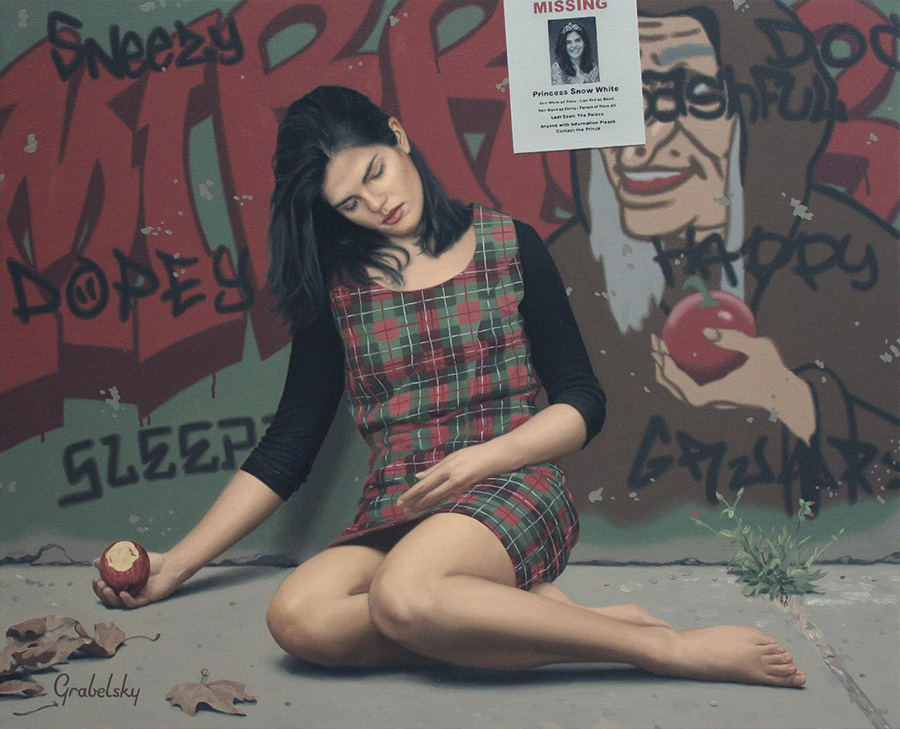 These paintings, in the artist’s Anomaly series, show yetis and satyrs riding the subway, a toddler riding a dragon outside who is peering into a window, and a man reading a newspaper with an iguana on his head. There are also two different takes on Snow White — one that is similar to the costume of the Disney version, and another where she’s wearing a plaid jumper that feels more contemporary — both standing in front of walls covered in graffiti and “missing” posters with her picture. Grabelsky also has several paintings of women riding giant chickens, and in one she is filling it up with gas.

The painting style and locations are extremely realist, but the characters and situations are surreal, which I find to be an interesting combination. They show a mix of humans, animals, and anthropomorphic characters — for example, the bull-like Minotaur or lion-like Beast — and many of the paintings feature human/beast couples. Seeing these creatures alongside people is both comical and cool. I can definitely imagine a story behind each of these illustrations, and they make me want to find out what happens to these characters.

“These paintings are not intended to be viewed as fantasy or as allegory, but rather as a blend of every-day experiences with the subconscious. They are enigmatic, and create dream-like worlds that invite viewers to form their own interpretations of the imagery presented,” says Grabelsky. 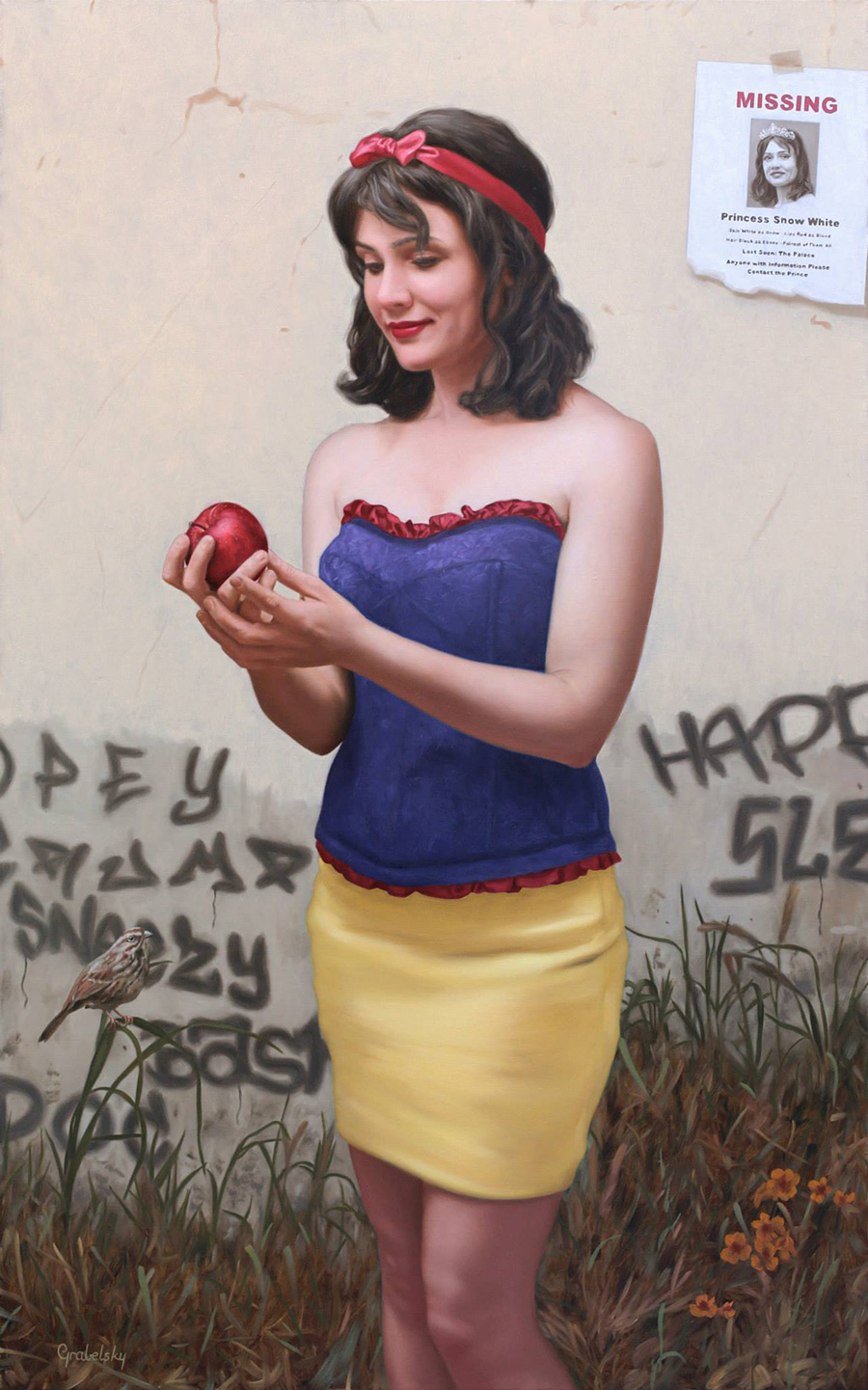 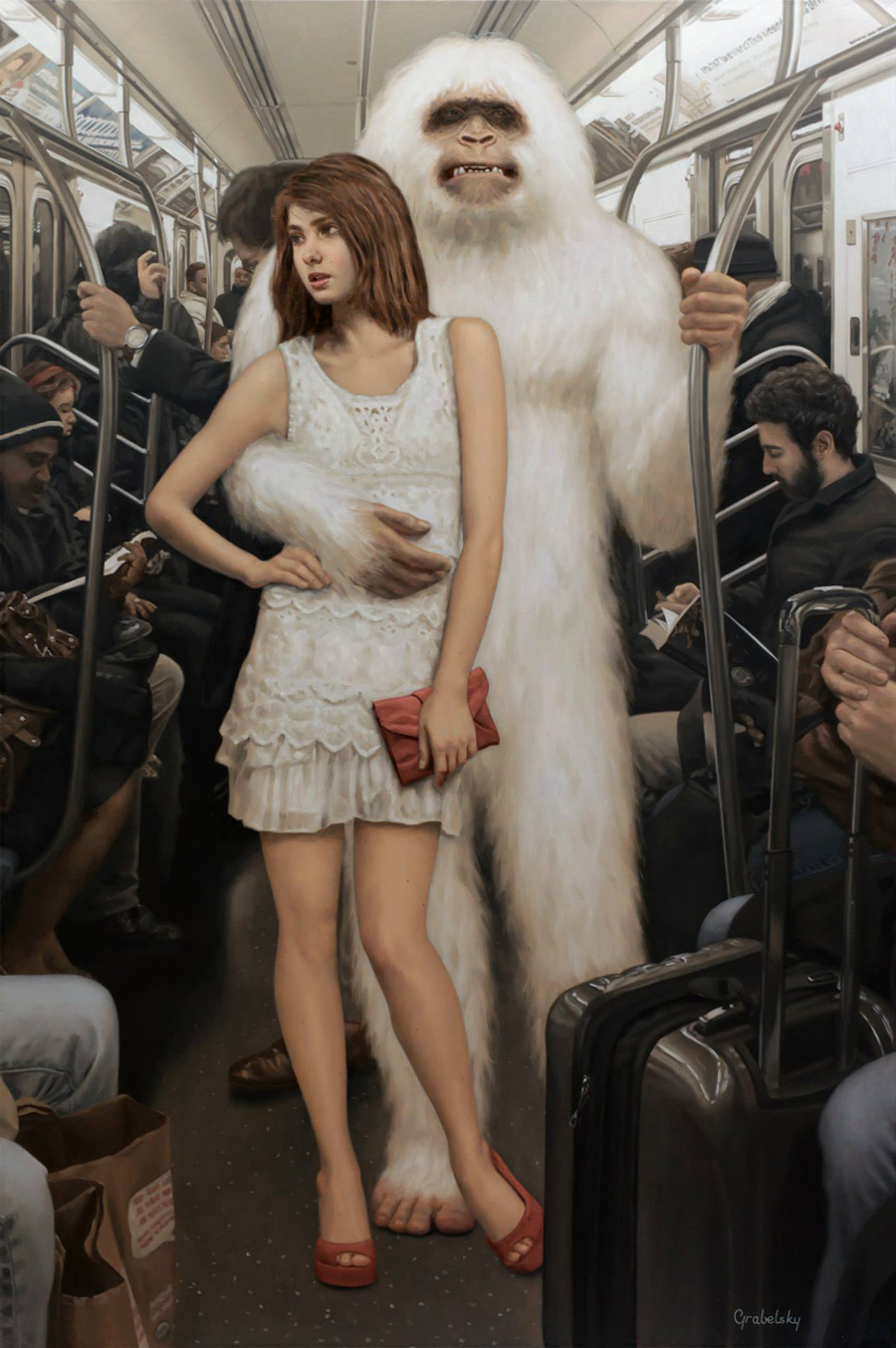 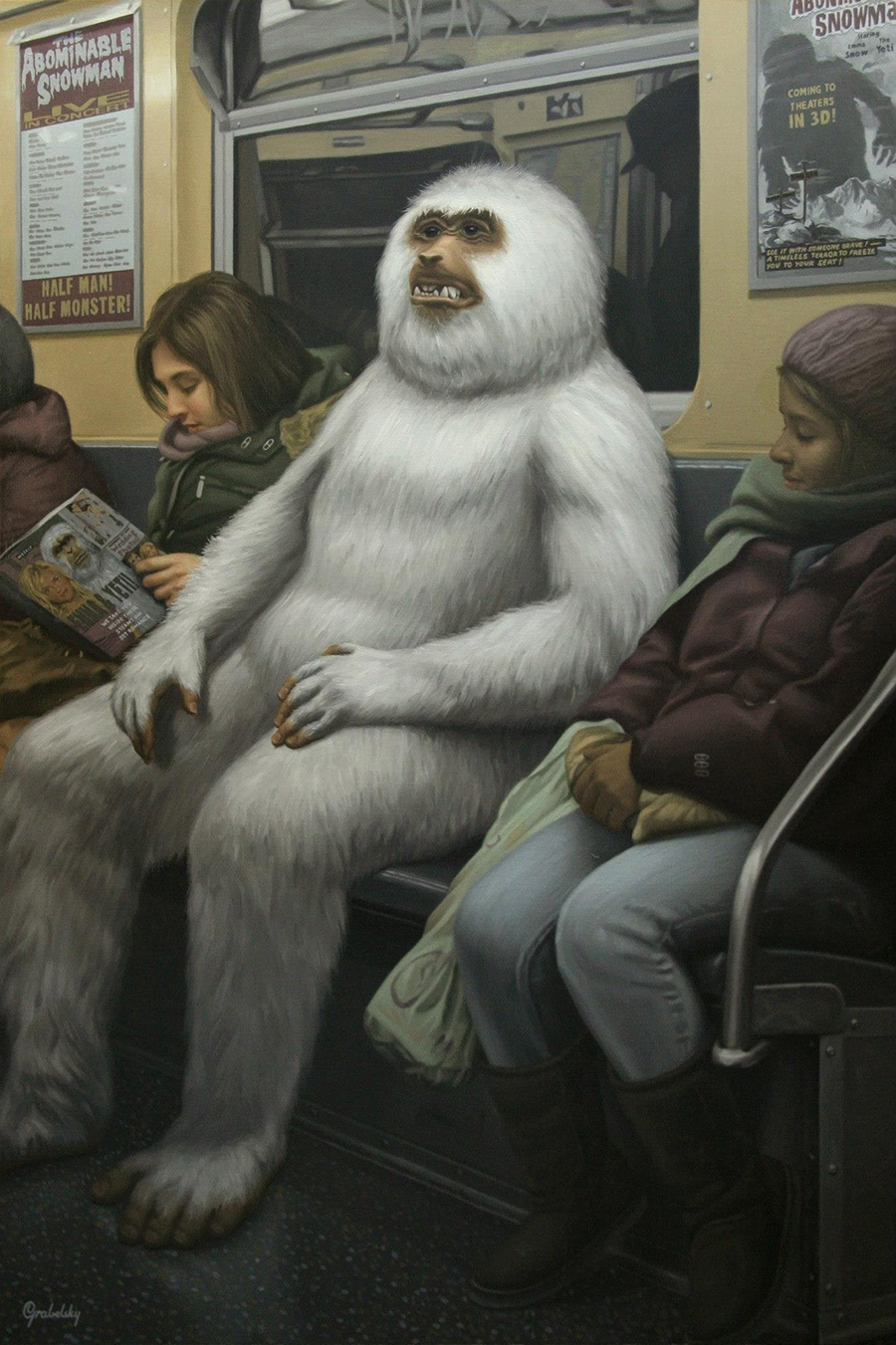 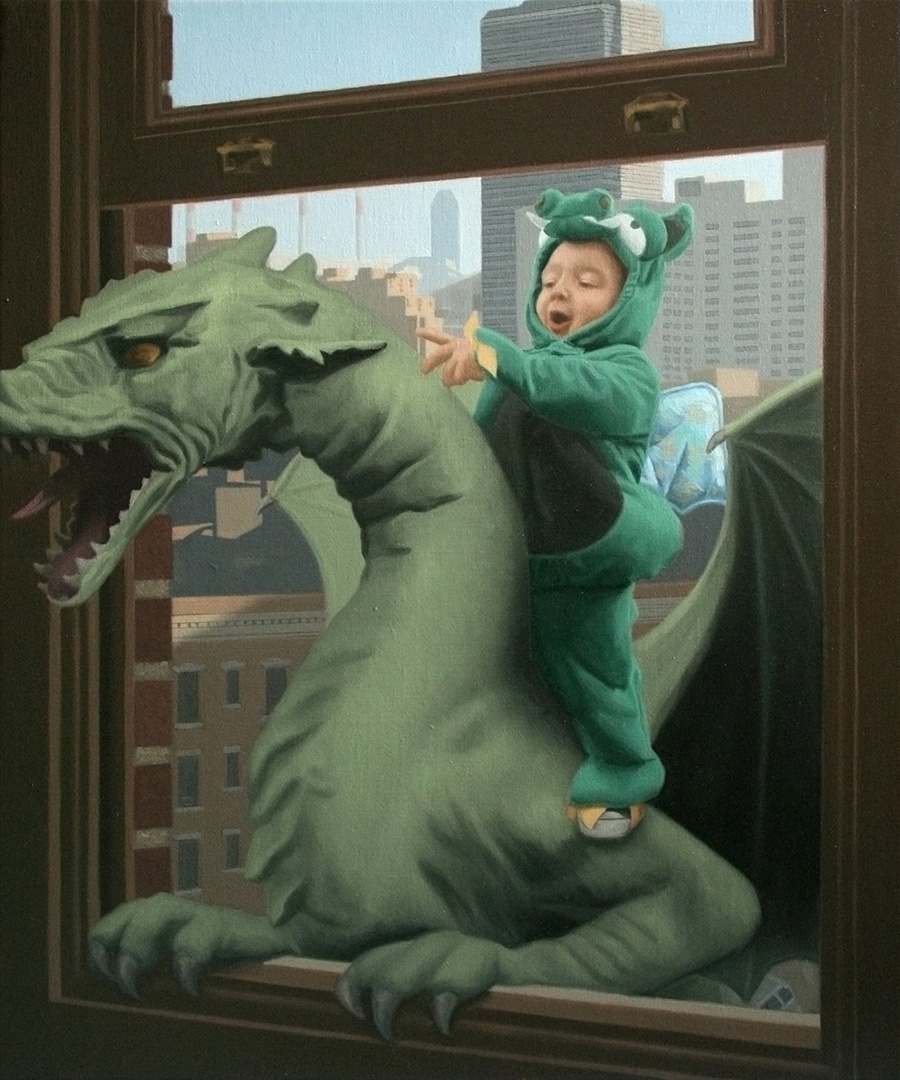 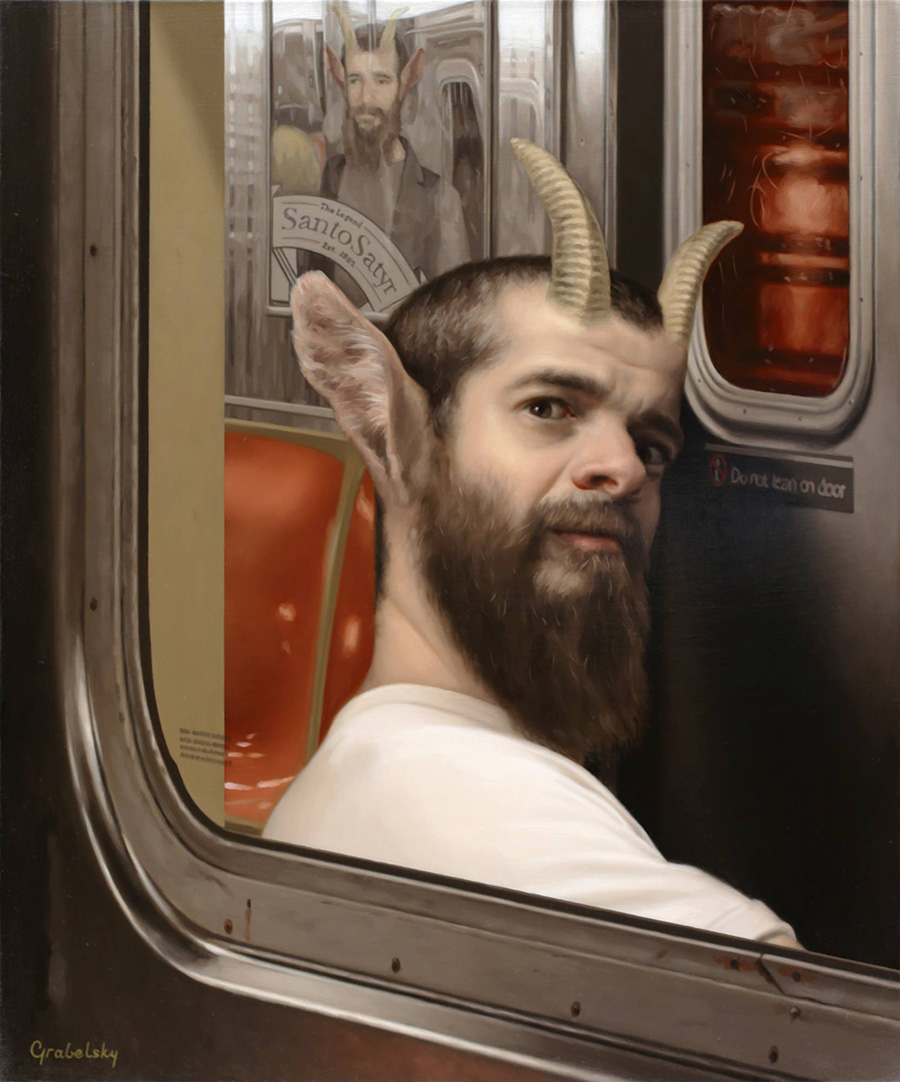 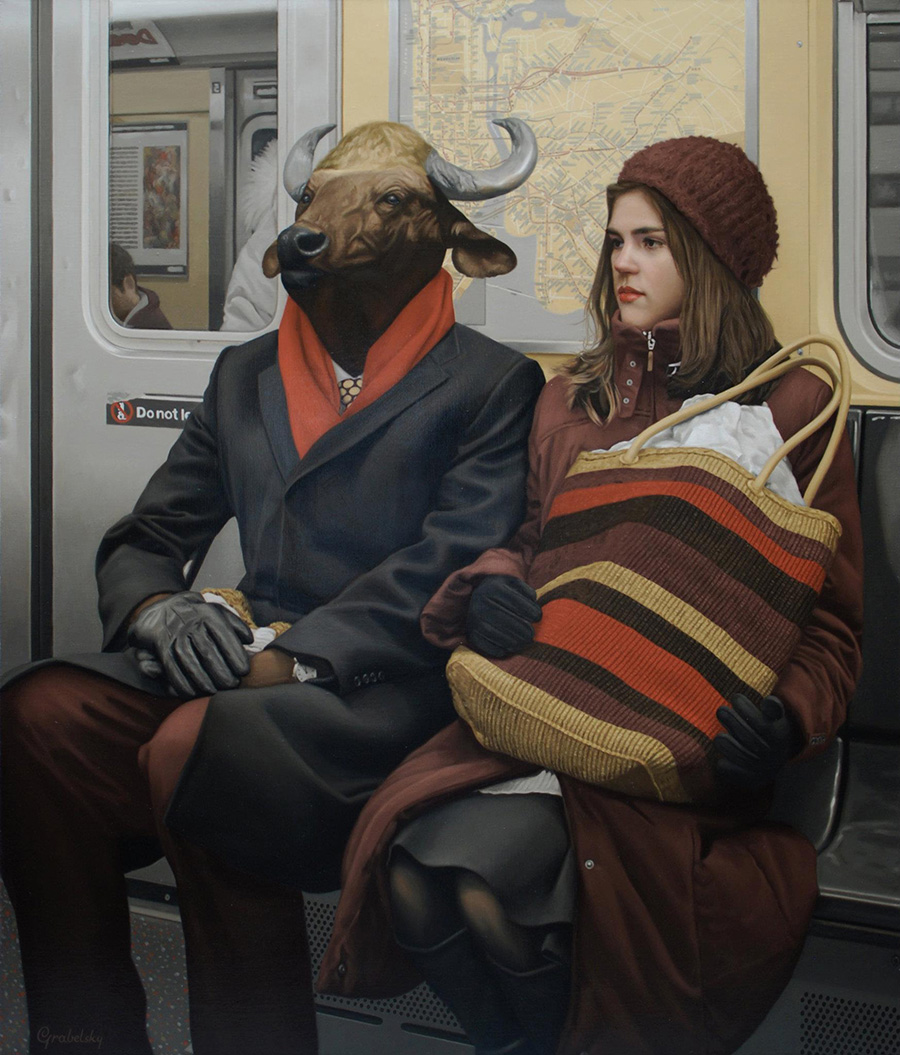 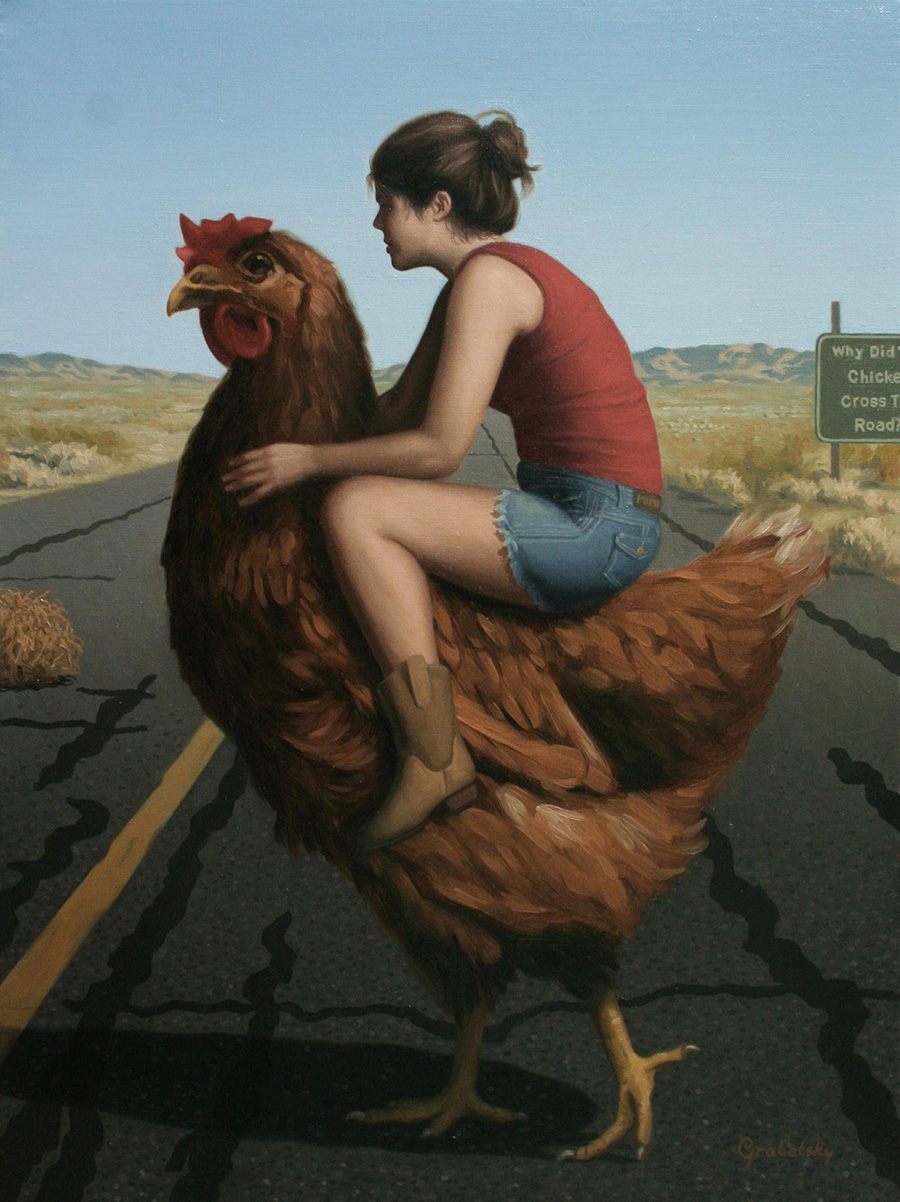 Why Did the Chicken Cross the Road? 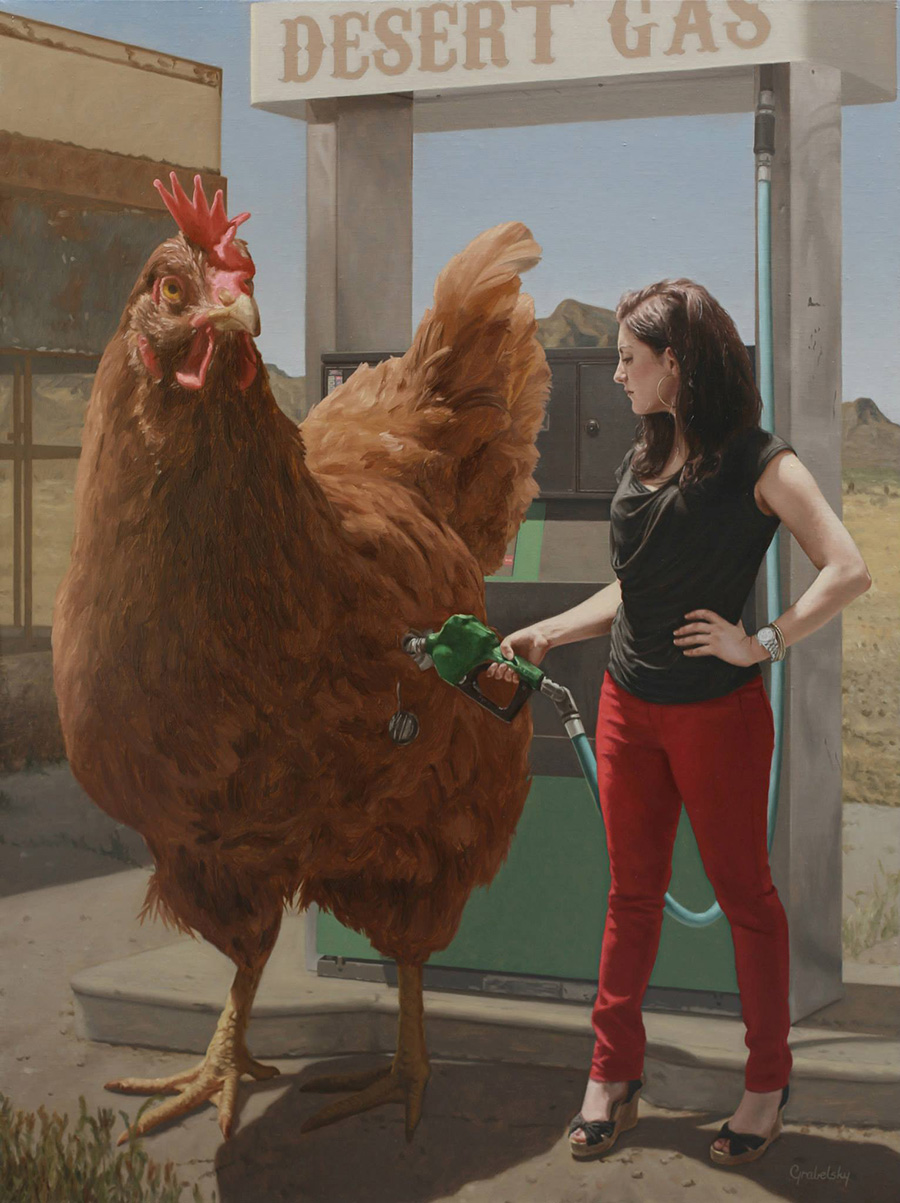 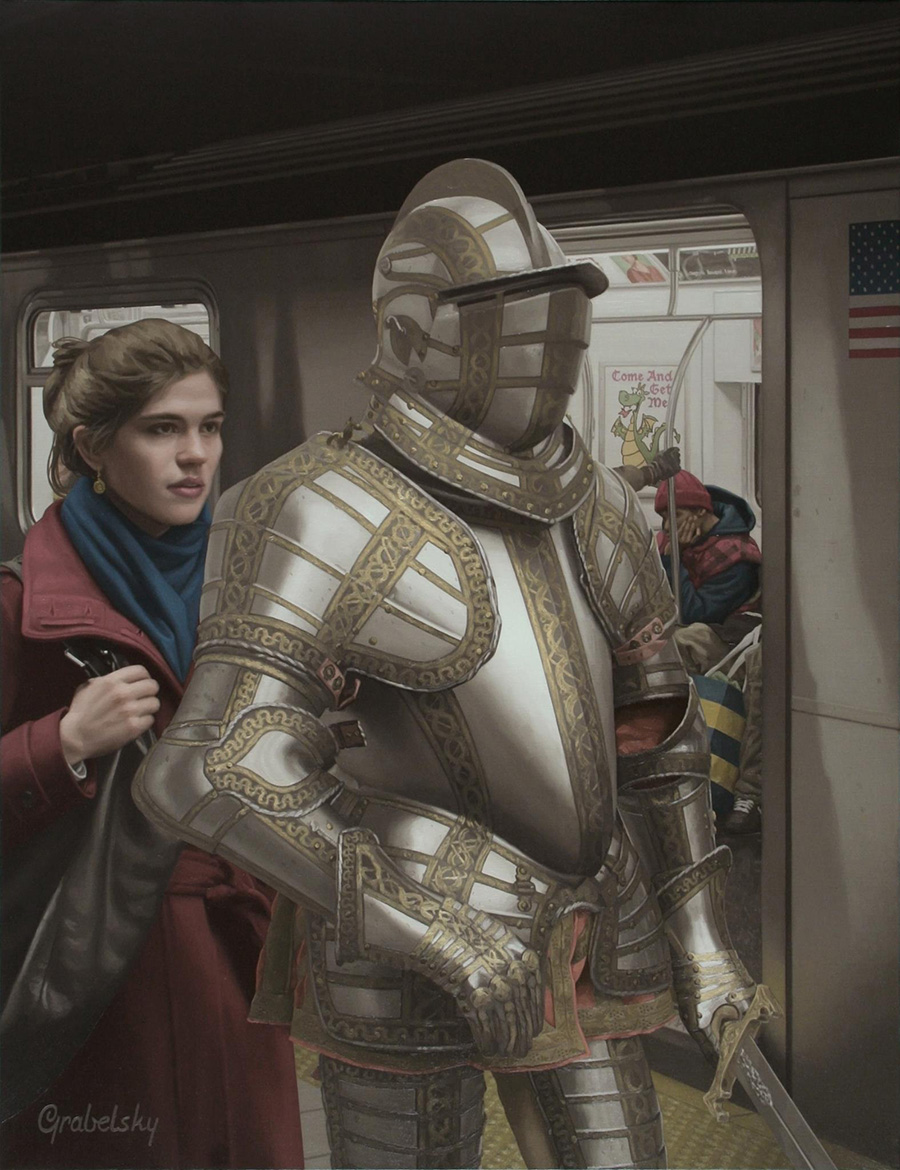 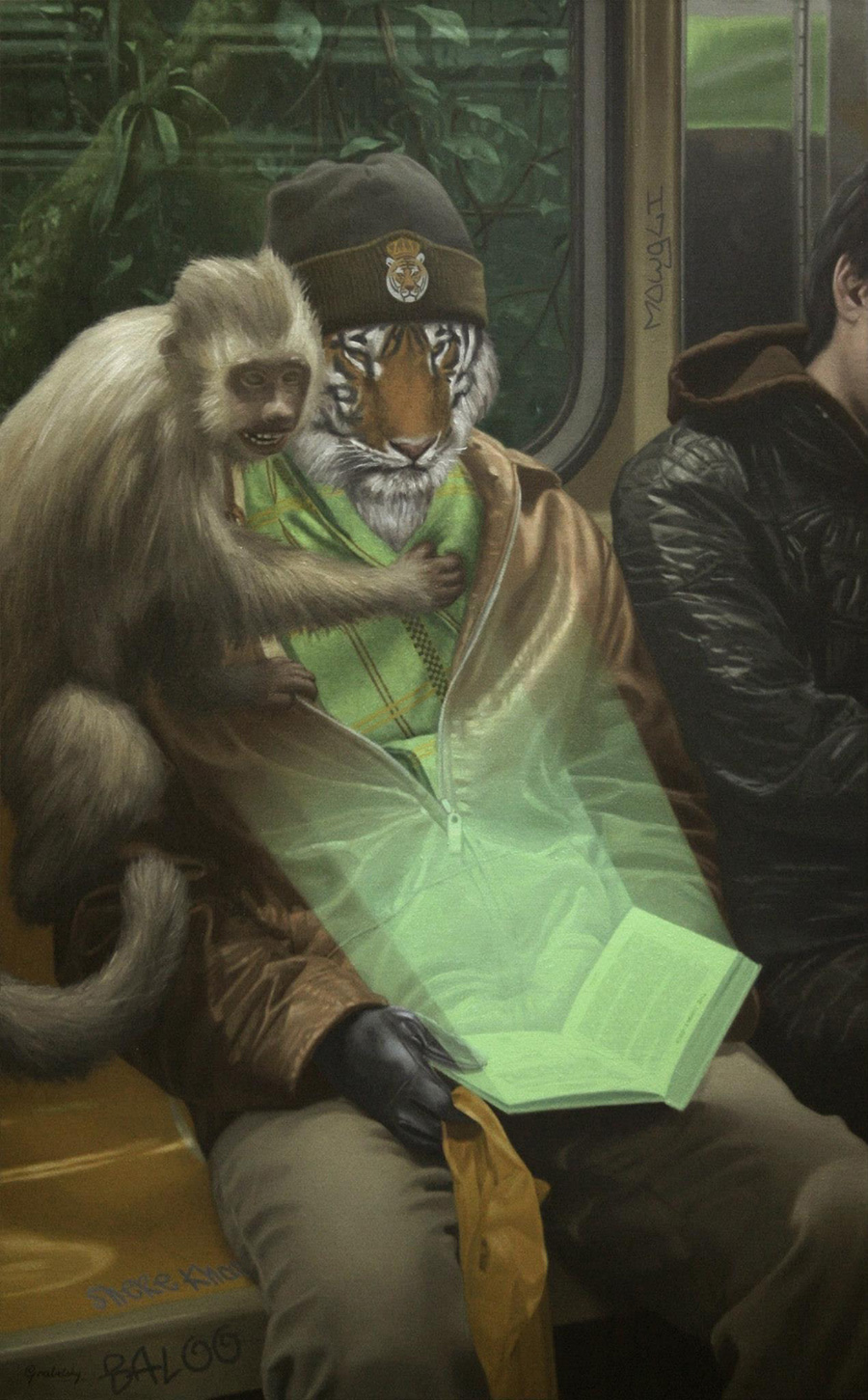 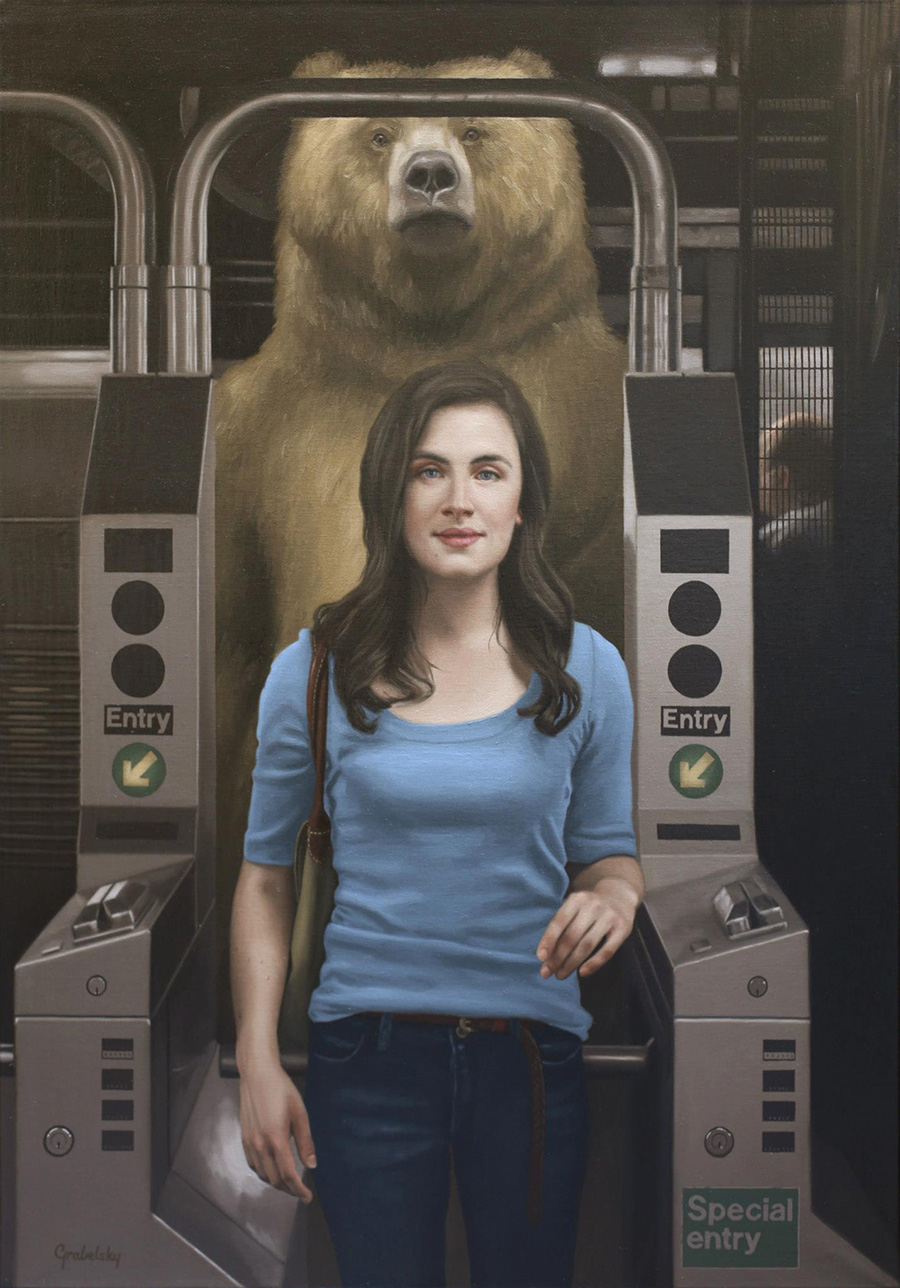 Exit Pursued By a Bear 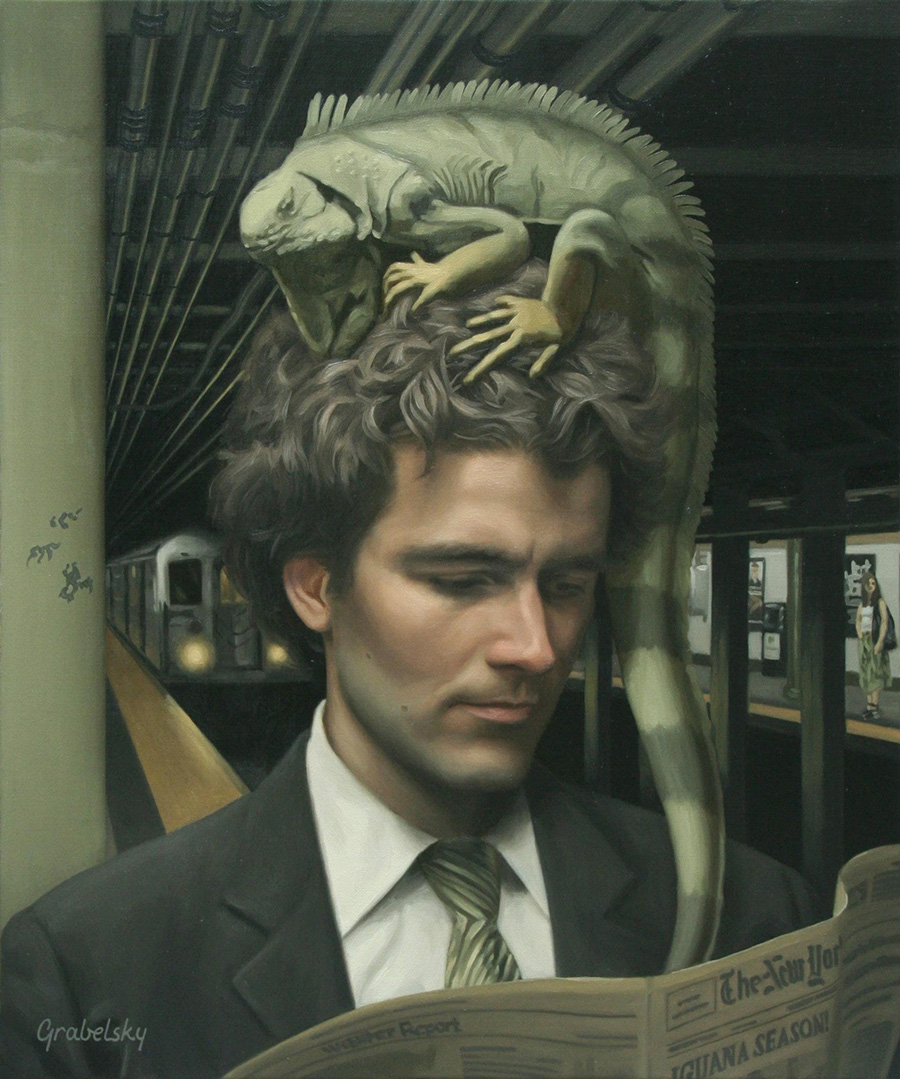 In this group of illustrated portraits, Fab Ciraolo takes pop culture icons and gives them a modern update.   The collection includes both real-life…