An artist known as Mr. Brown Green created these political illustrations on the current Ukrainian revolution. The illustrations are stylized and cartoonish, using bright colors. The visual quality of the images contrasts with the violence and political scandal they depict, making the overall effect more unsettling and provocative. They are rich with symbolism, featuring the Ukrainian flag and coat of arms, as well as other details. Mr. Brown Green has also used these images as street art, pasting posters on buildings and public places (and posting videos of this work on YouTube).

One image shows several Euromaidan protestors wearing masks, goggles, and hard hats, while another depicts a person threatened with a gun in their mouth and knives in their face. Other pictures show prominent political figures, such as former President Viktor Yanukovych (who is currently in exile in Russia) with a miniature Vladimir Putin on his shoulder.

In some earlier images, Mr. Brown Green depicted living Ukrainian politicians as dead, with their bodies (or decapitated heads) resting among food or other products. The head of Yanukovych is shown among fish, and the head of former Prime Minister Mykola Azarov (also now in exile) is shown among bottles of soda. 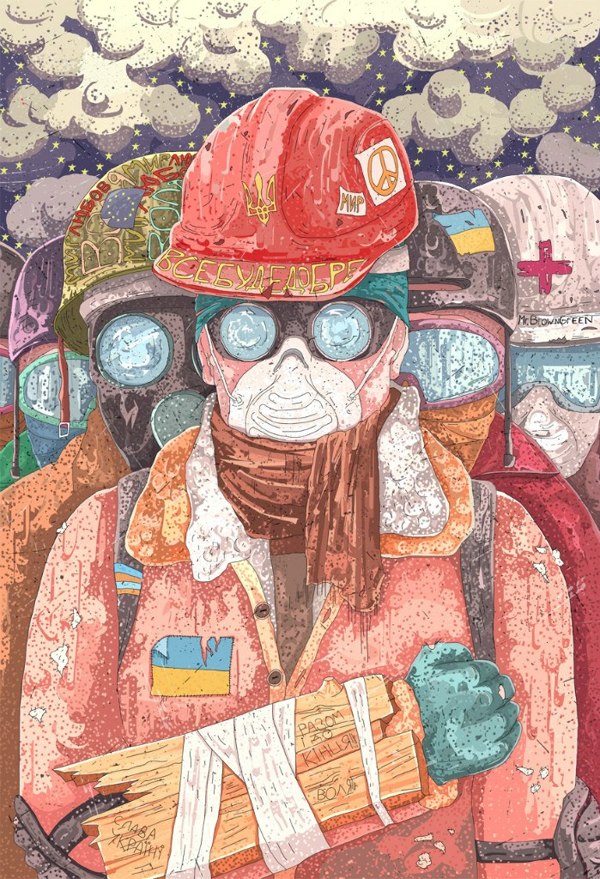 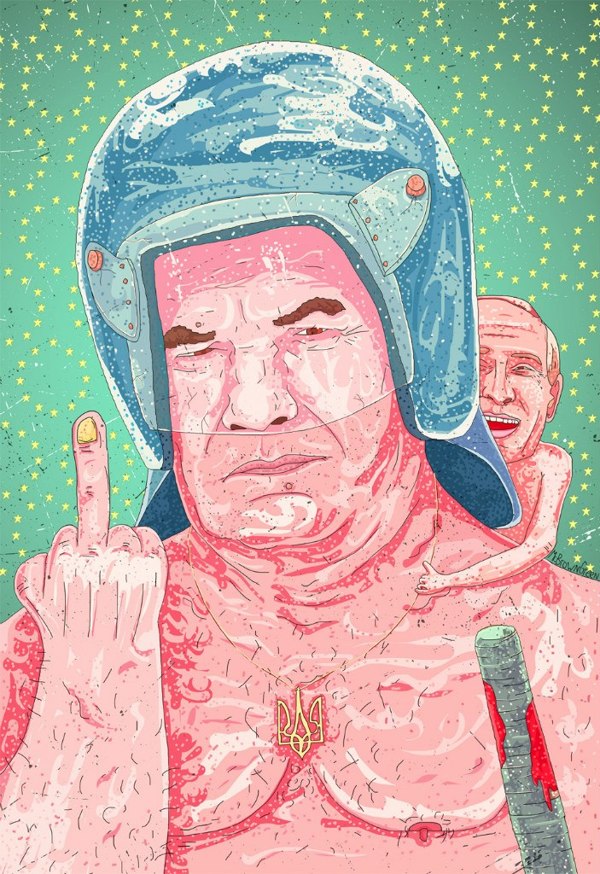 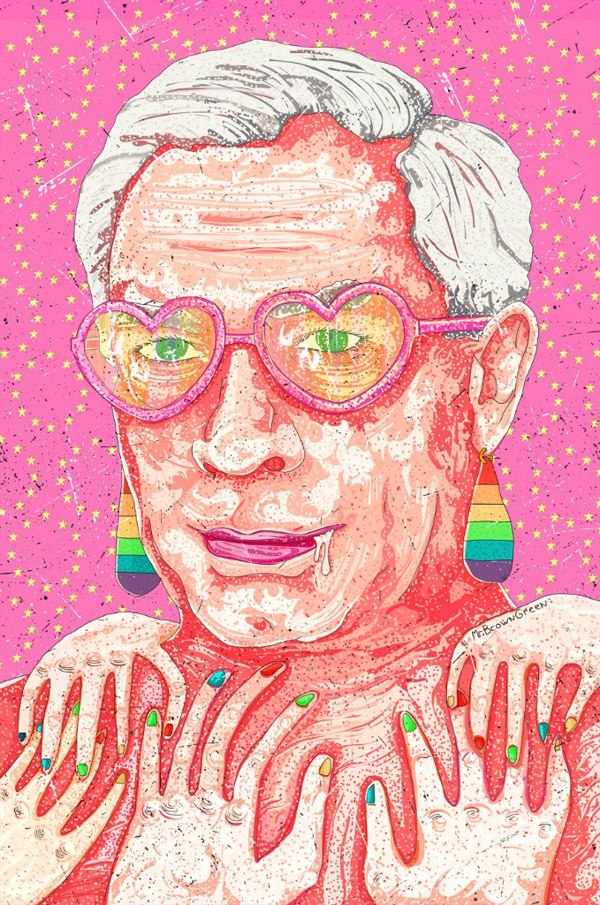 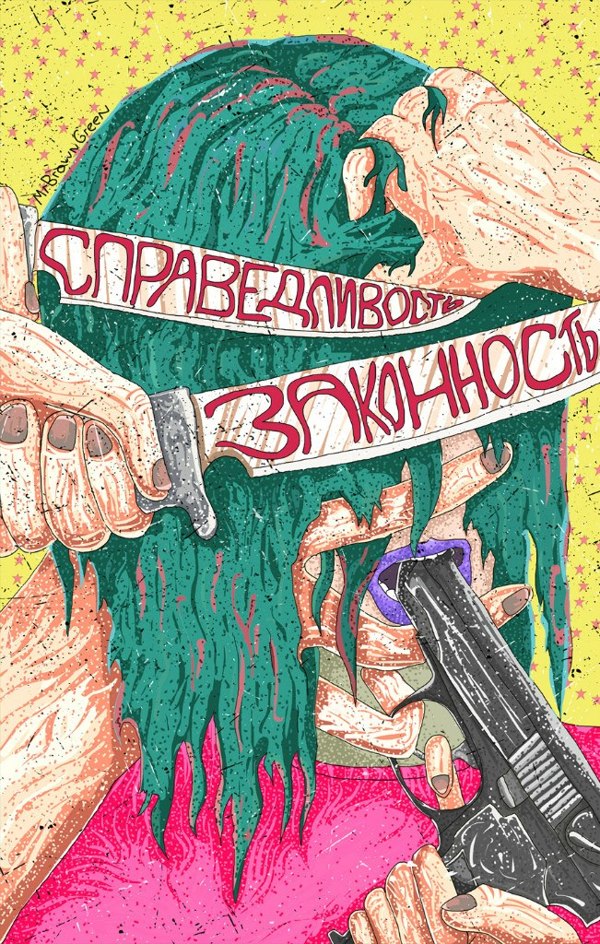 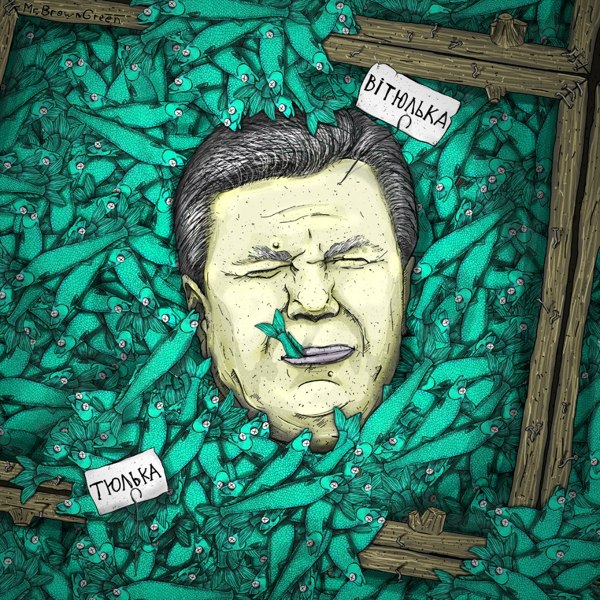 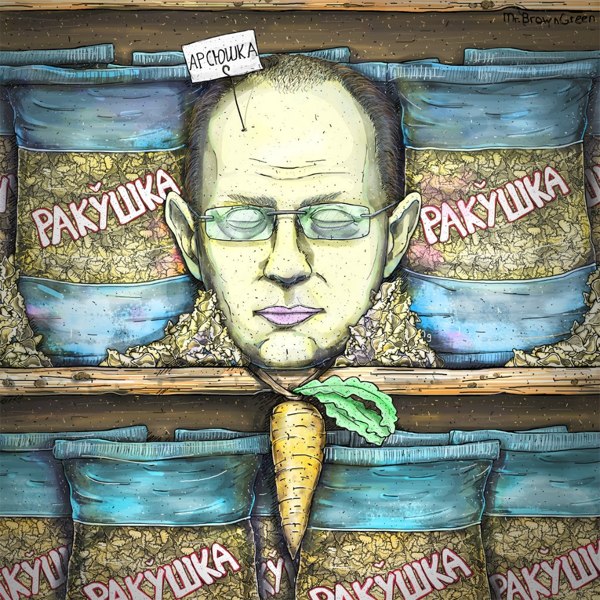 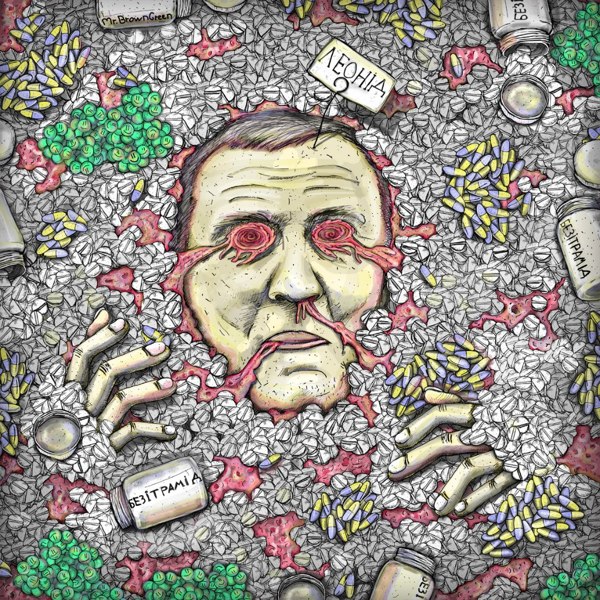 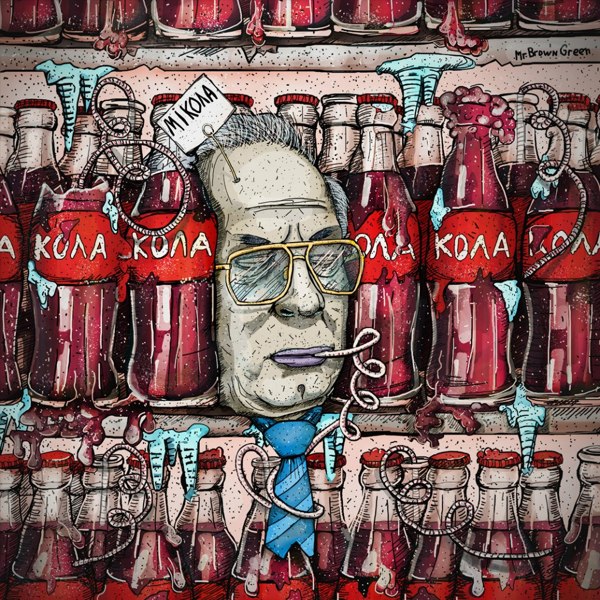