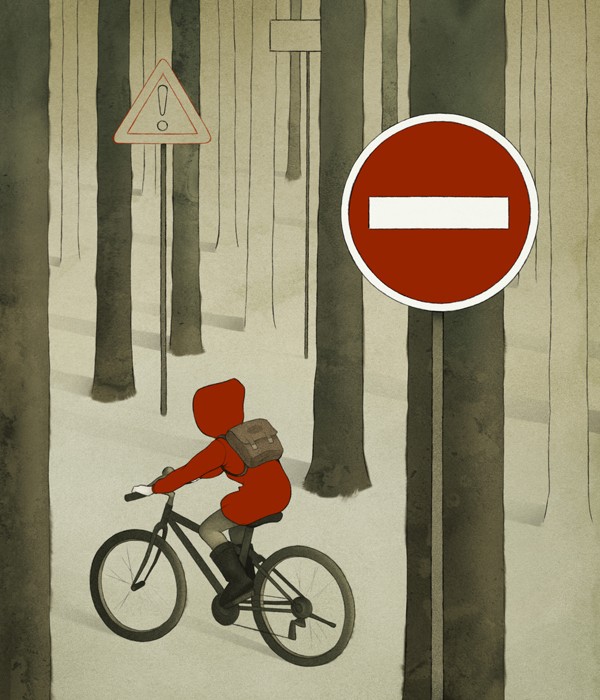 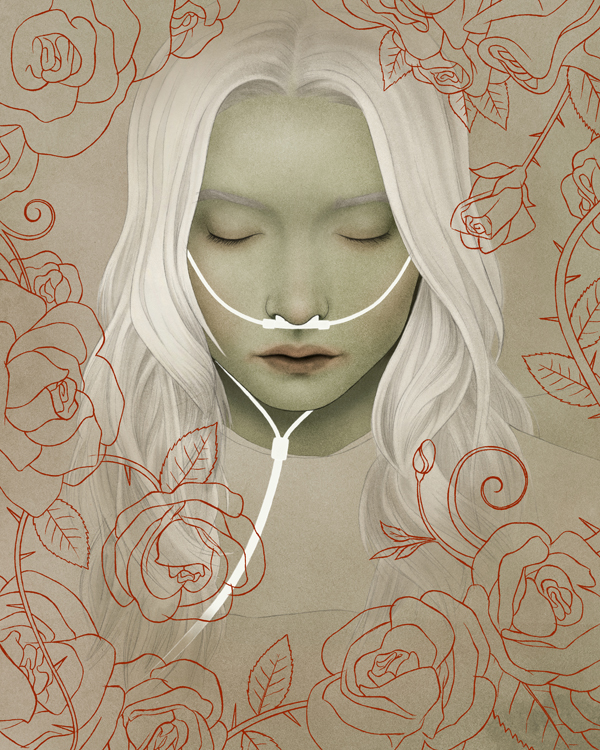 Modern Grimm shows the beloved characters we all know, like Sleeping Beauty and Cinderella, but also adds a few of the lesser known characters from the fairy tales of the Brothers Grimm. Jorinda, of the tale Jorinda and Jorindel, is a young woman who was captured and transformed into a nightingale by a witch shortly before her wedding. She is shown sitting in a bird cage, with several other birds in cages in the background. The Youth Who Went Forth to Learn What Fear Was tells of a boy who undertakes a variety of scary tasks in order to learn how to shudder. The boy is shown here in a graveyard, reading a book, while a ghostly hand reaches toward him.

The illustrations also have modern aspects added to the scenes: Sleeping Beauty is a girl in a coma, with an oxygen tube in her nose. The Pied Piper is shown as a character on a TV screen being watched by children. Red Riding Hood is shown riding her bike into a forest filled with traffic signs, and the Wolf is shown as a serial killer wearing a wolf mask.

I like how each illustration combines different styles of drawing. The main characters are shown in a more realistic style with shading and depth, while other elements are left “unfinished” — as line drawings filled with flat colour or just outlines. The images also have a mostly desaturated look, but with some bright red details. This style, and the content, reflects the darker tone many of the stories have in their original versions. 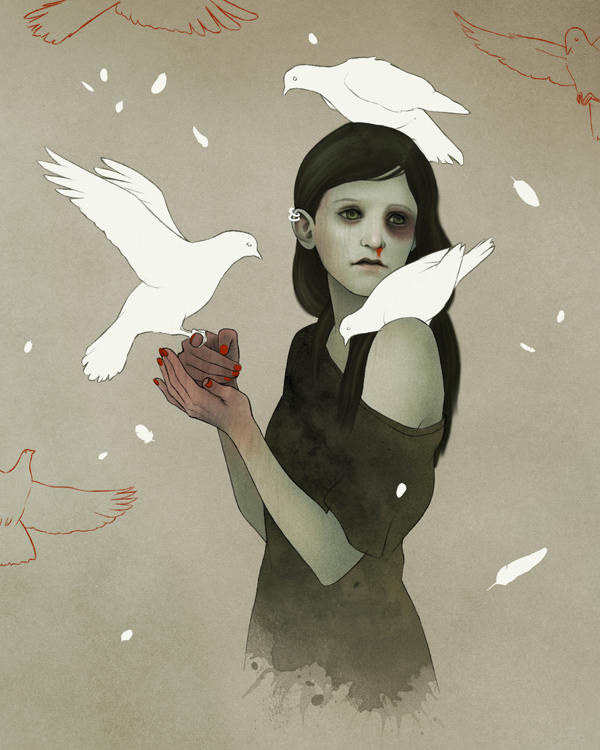 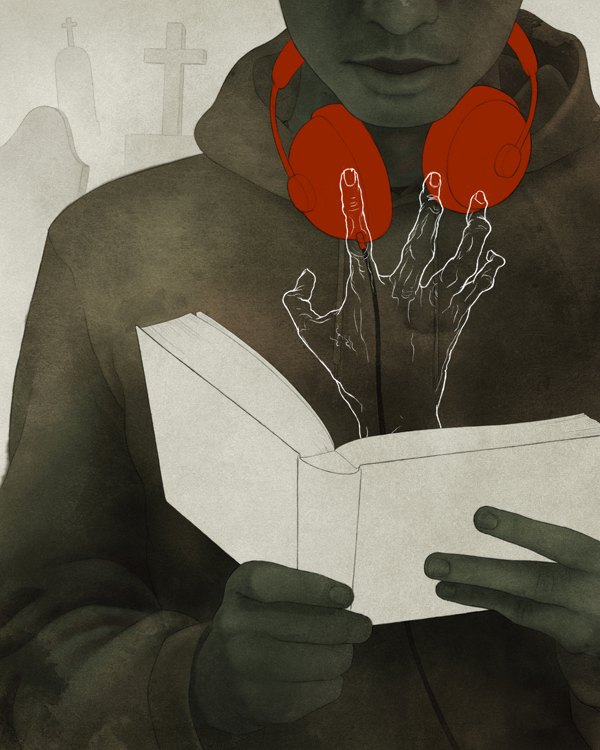 The youth who went forth to learn what fear was (Einer, der auszog das Fürchten zu lernen) 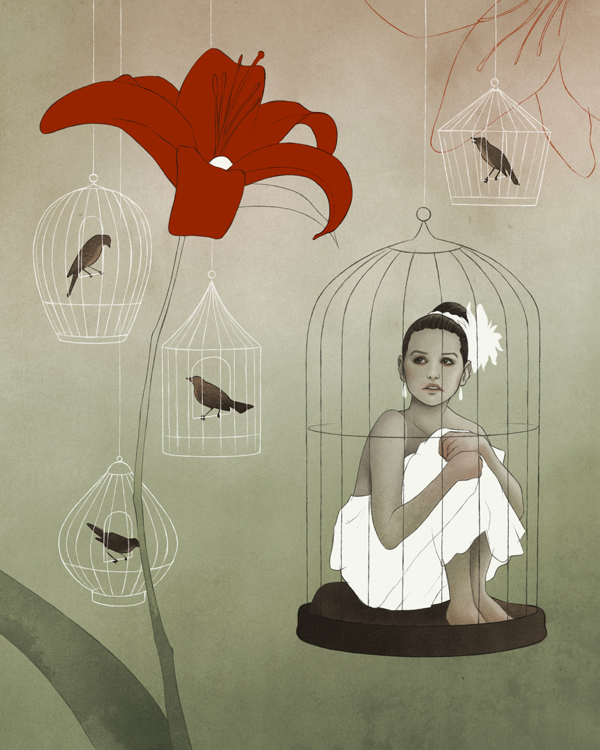 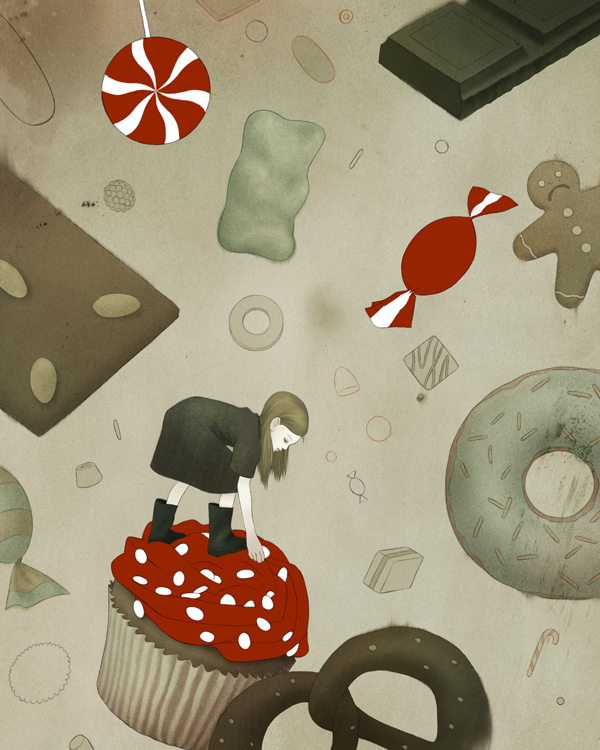 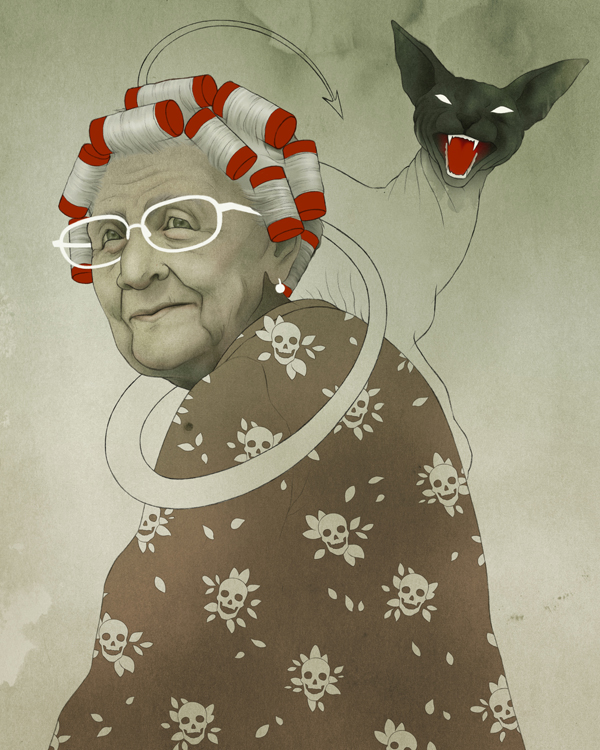 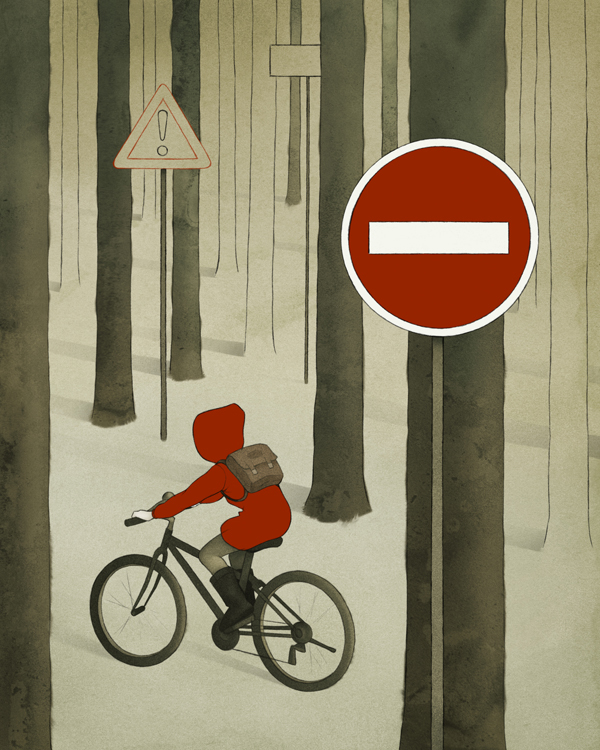 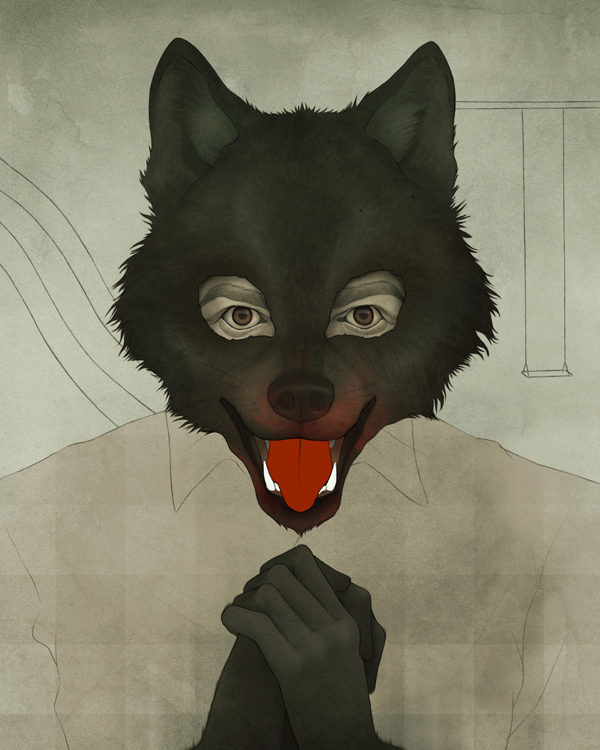 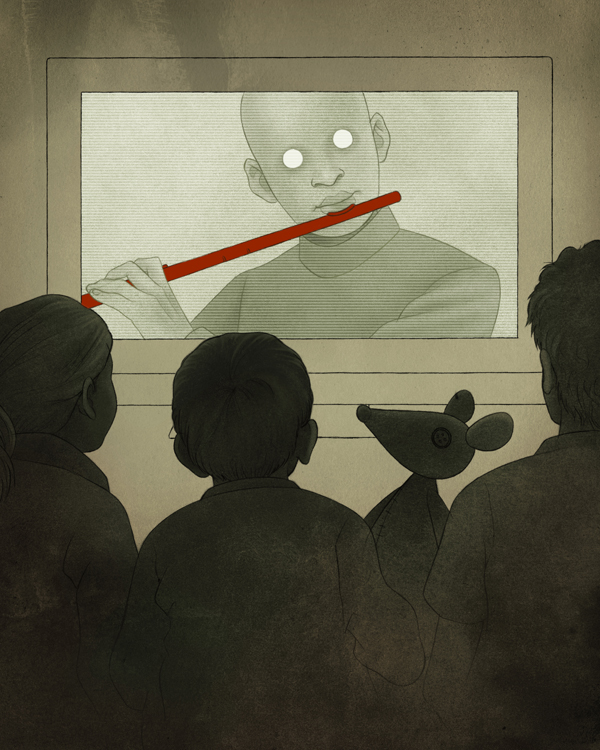 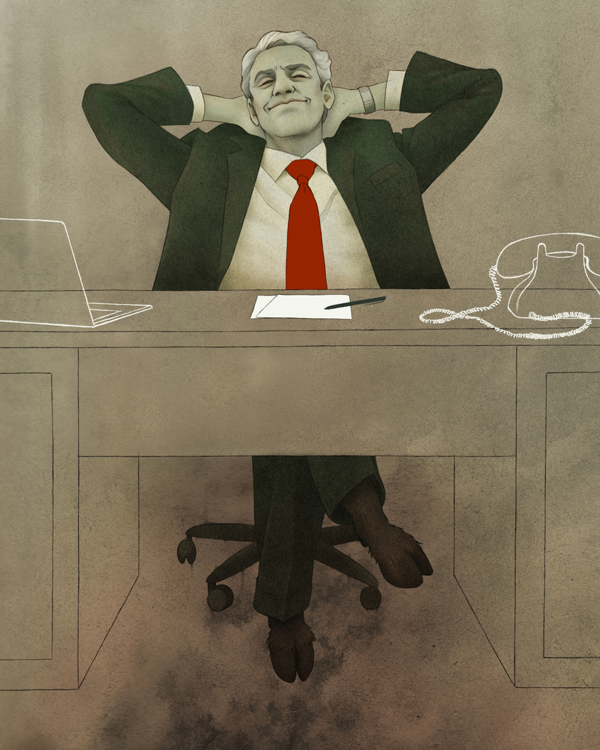 Miguel Marquez Outside is the Tumblr blog of Michael Pederson, a street artist from Sydney, Australia. For one series, the artist has placed thoughtful…