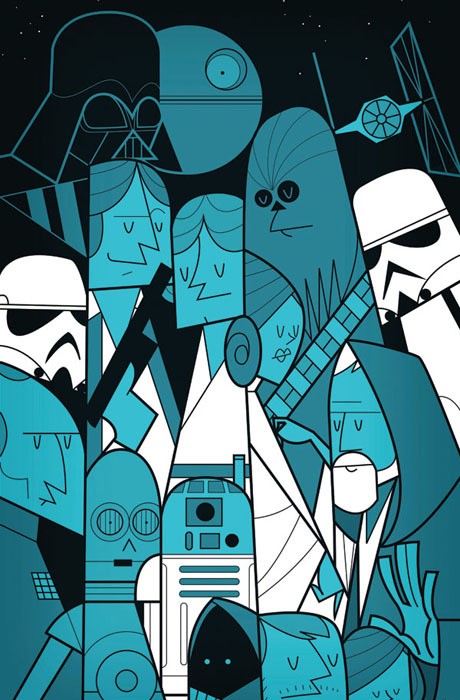 These art prints, which are alternate posters for popular movies and TV shows, were designed by Ale Giorgini. 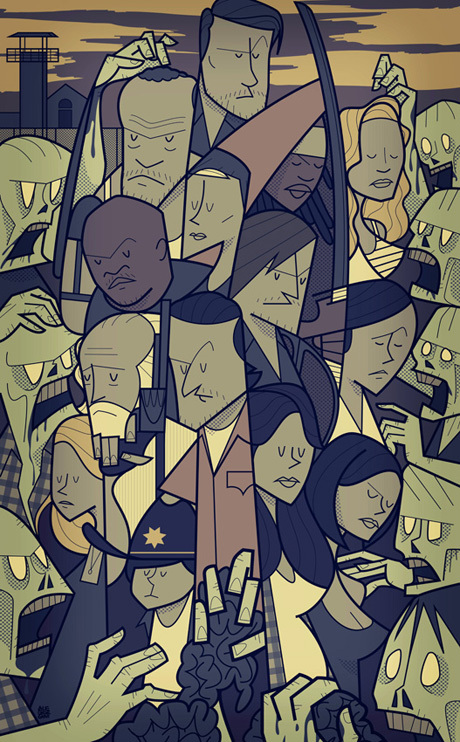 These art prints feature the cast of cult movies including The Big Lebowski, The Royal Tenenbaums, and Quentin Tarantino’s Pulp Fiction and Django Unchained. There are also posters for science fiction films Star Wars and Back to the Future and TV shows Breaking Bad and The Walking Dead.  The Breaking Bad art print is available in three different colours: green, blue, and yellow.

The designs are group portraits, which show all of the major characters — some more recognizable than others, depending how familiar you are with the films — and some include the iconic vehicles from the movies as well.

Giorgini has a unique and recognizable cartoon style. He captures the essence of these iconic characters with relatively few lines and many flat geometric shapes. The characters fit closely together — a single line might form the back of two people, with no space in between them — like a puzzle. They almost remind me of M.C. Escher’s tessellated prints of fish or lizards, except that these prints by Giorgini do not have a repeating image. The top of each design tends to have a background which shows the setting and sometimes the film’s name, but near the bottom of each there is basically no negative space at all between the characters. Each print also uses a limited colour palette, which adds to the minimalist effect.

Giorgini lives in Italy, and in addition to his work for brands like Foot Locker, MTV, and Warner Bros., his cartoon work is regularly featured in several Italian magazines. 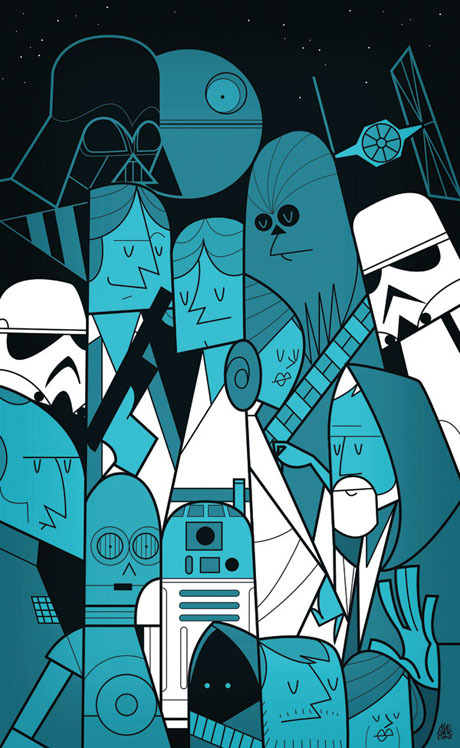 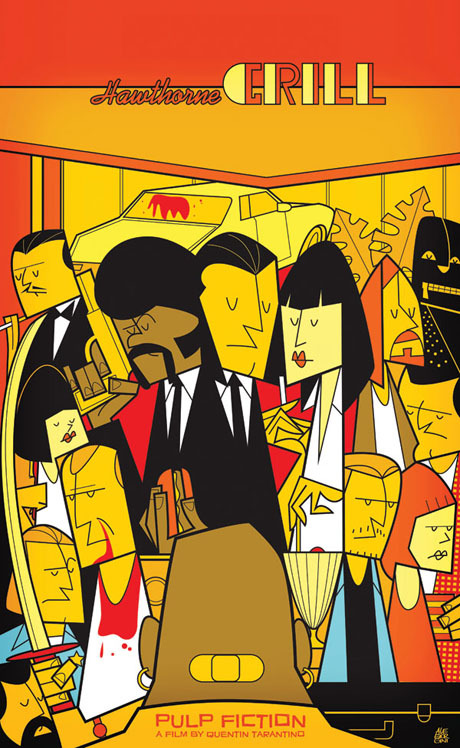 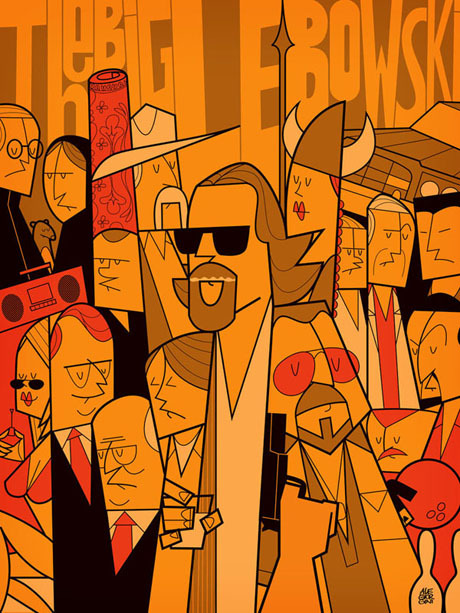 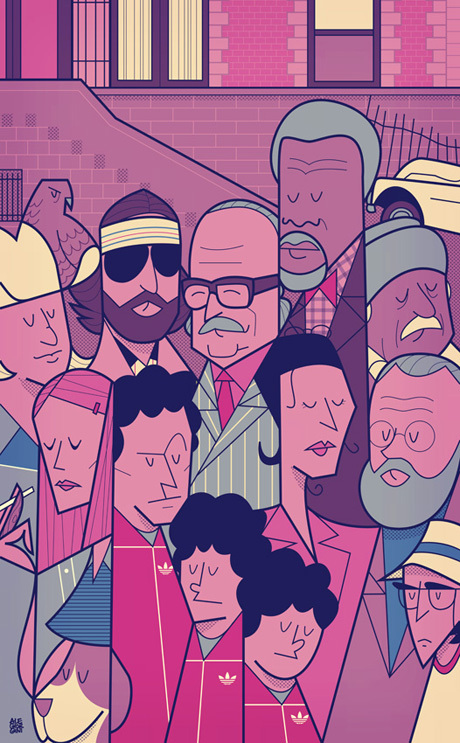 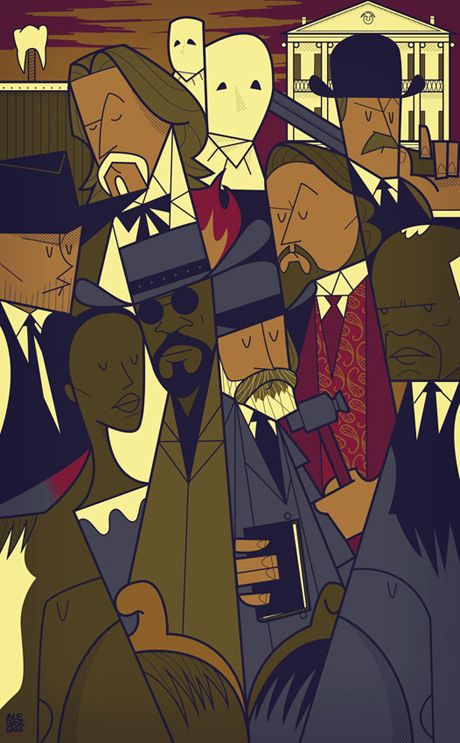 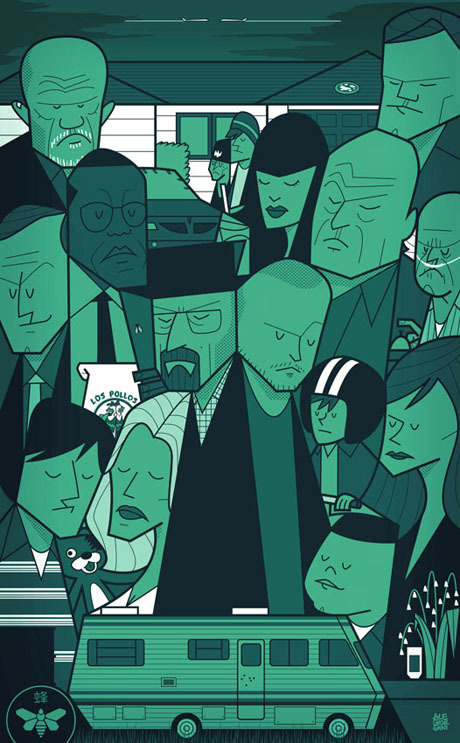 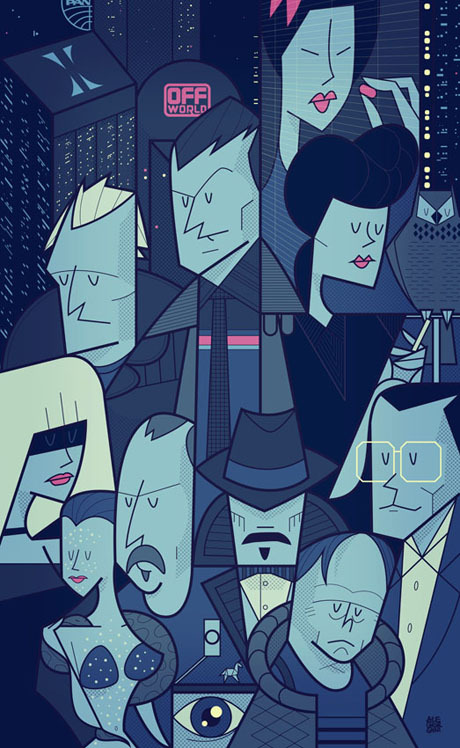 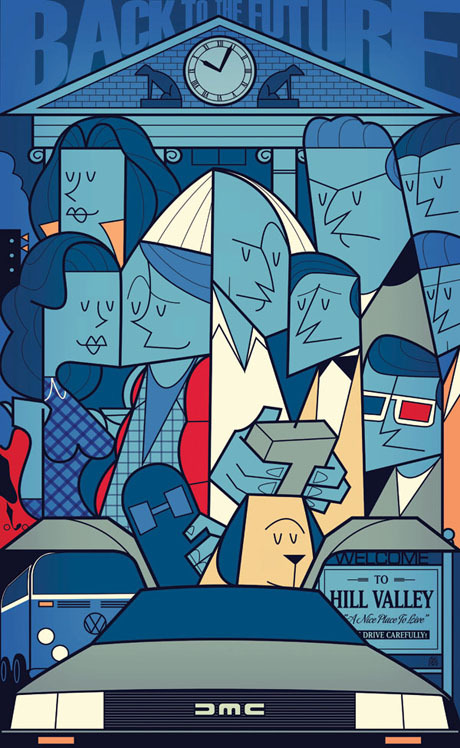 Back to the Future

Tiia Reijonen is a graphic design student at Aalto University, and is from Helsinki, Finland. These amazing digital paintings she produced are incredibly detailed…