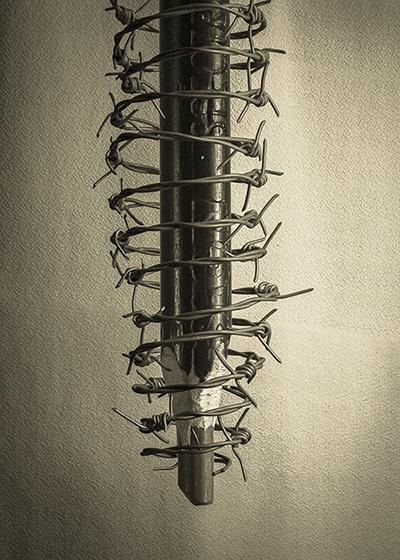 These conceptual photographs by are by Ata Mohammadi, who is from Iran. In Repulsion, he tackles several controversial issues including freedom of expression and laws based on Islamic religious beliefs. These black-and-white photos are taken in a simple and straightforward manner, but what they represent is not always as black-and-white to discern. Mohammadi “believes that art shouldn’t merely be used for the means of advertising or for the sake of beauty, but it can be a tool to convey pain and the problems in the world.”

Some of the photos feature barbed wire on guitar strings and surrounding a pencil, or a piano with a nail sticking up form one of the keys. I interpret this as a statement on the dangers artists face when they use their freedom of speech (or speak out in places where this freedom is taken away by the government). Other photos show a woman with a man’s finger in front of her mouth – in a “shushing” position – and a woman wearing a head scarf with a padlock at her neck. These appear to comment on the restrictions women face in many Islamic countries, such as being required to wear a burqa, niqab, or other hijab clothing.

Other photos show a broken rock sewn together with rope, a tea bag filled with pills, and an umbrella with a knife as its handle. I am not completely sure what message the artist is trying to convey with some of the other photos, but they are still interesting to look at and ponder. 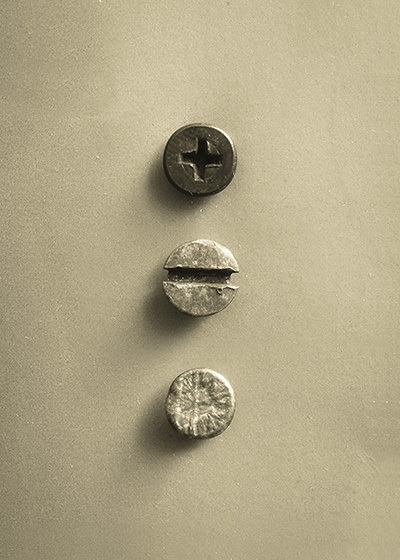 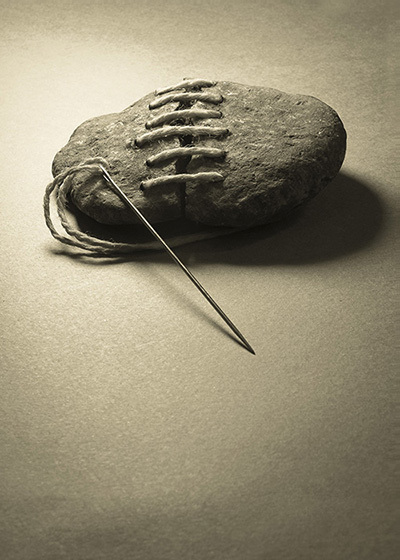 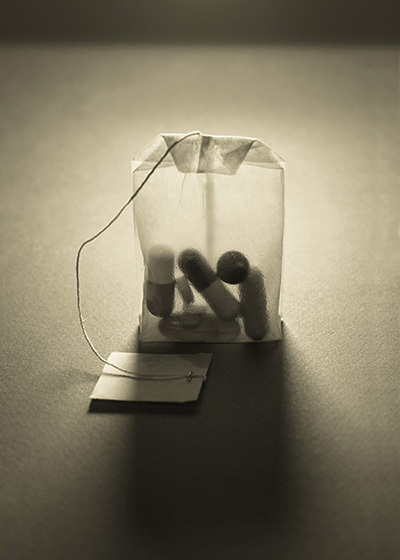 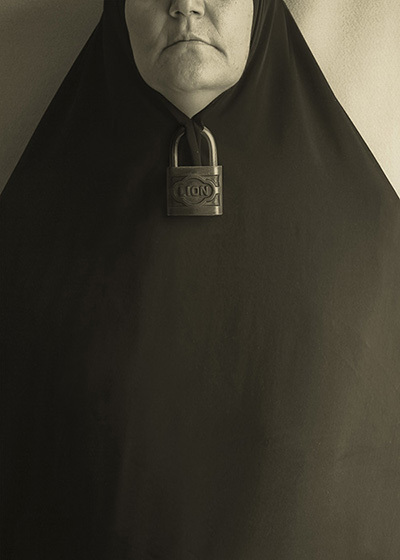 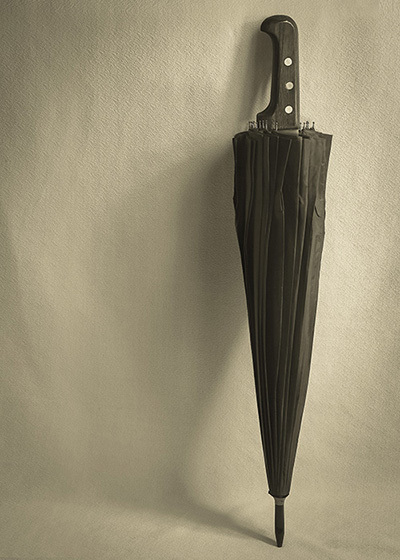 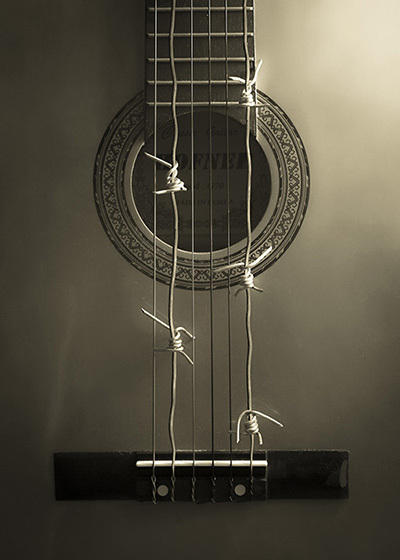 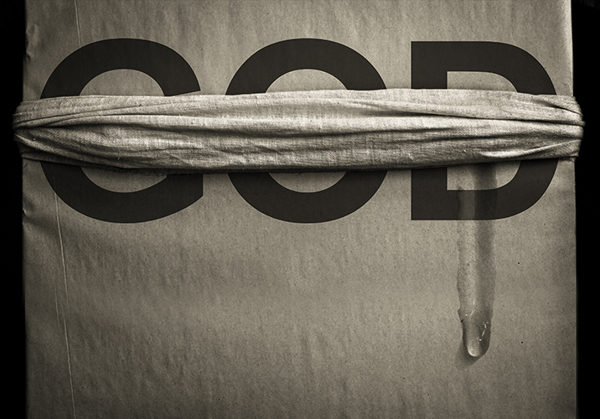 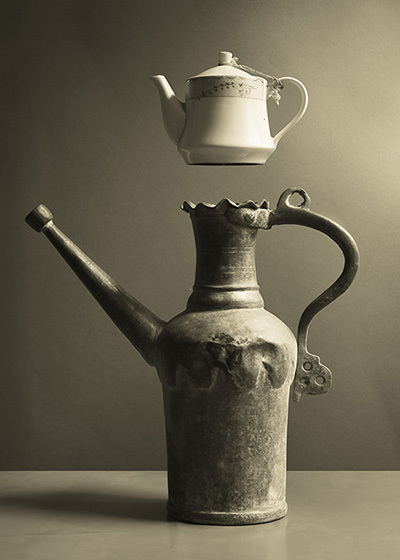 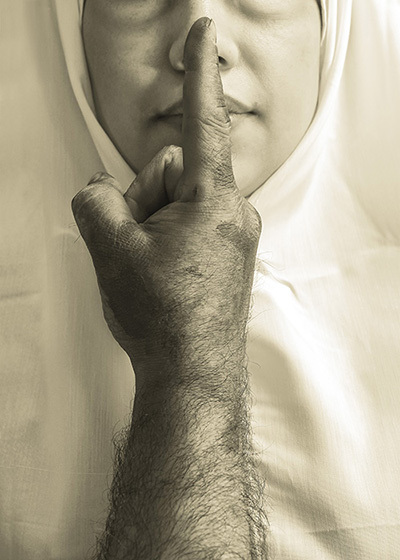 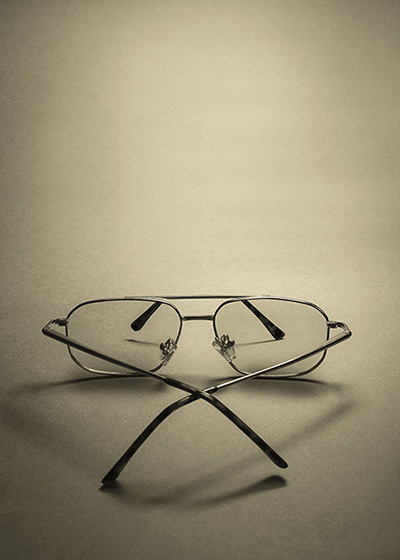 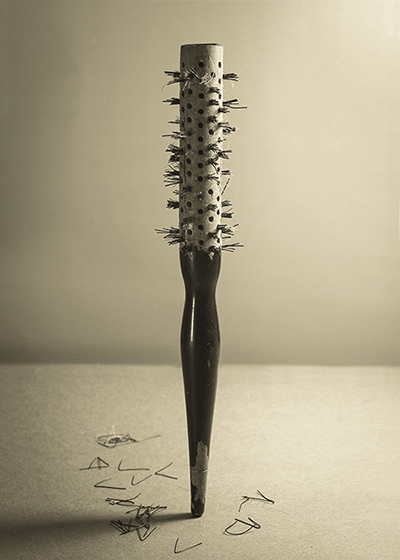 These linocut prints are made by French artist Olivier Pichard, who is part of the collaborative Atelier Sentô. Their work is inspired by their travels in…