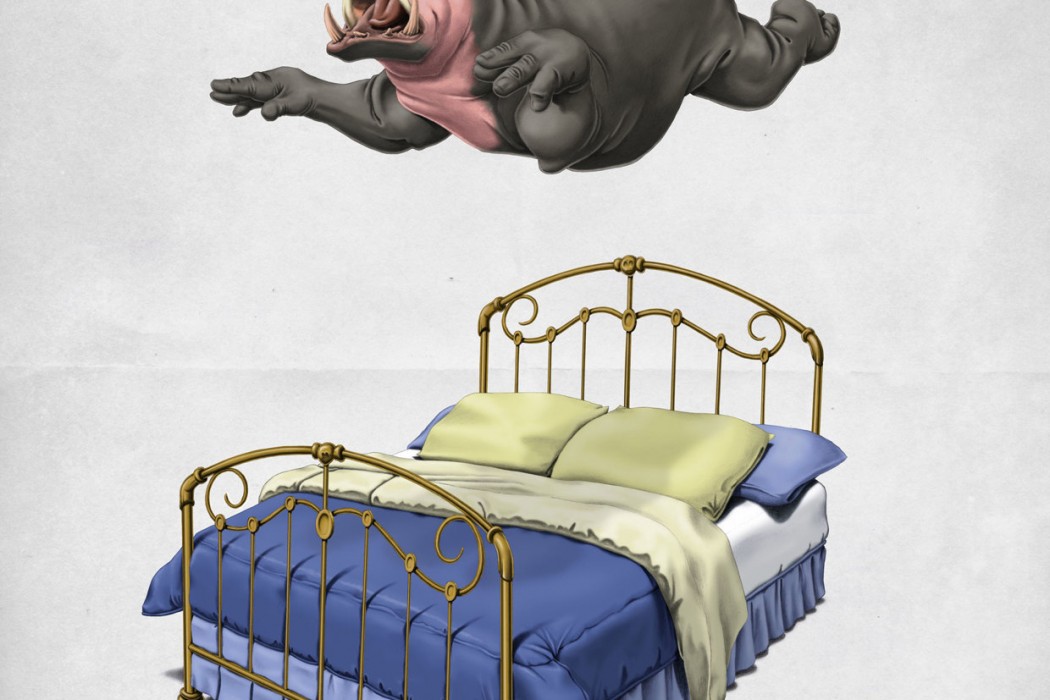 These witty animal art prints by Rob Snow are visual twists on popular sayings. I like the intellectual humour in the Animal Behaviour series, which is sometimes more obvious and sometimes takes a closer examination of the image to see the joke. Some of the illustrations also act as satirical comments on society — such as Sheep, which shows two sheep sitting and watching television, and which suggests that average viewers flock like sheep to bad television.

All sorts of members of the animal kingdom are represented, from a snail and a crab to a rhinoceros and a giraffe. The animals themselves are generally highly realistic in appearance, but they are sometimes performing actions that make them seem more anthropomorphic – such as reading a newspaper or riding in a car – and some are wearing clothing. The prints have a very clean design, all with backgrounds that are a subltle grey texture. Many of the prints have the title or a related phrase in a classic-looking, seif type. The illustrations start as pencil drawings and are finished digitally.

Fly in My Soup shows a frog, dressed in a suit and sitting in a fancy armchair, telling a story that begins, “So I said to the waiter…” — a nod to the classic joke. Pimp My Ride shows a tortoise who has transformed his shell into an Airstream trailer. A dung beetle crawls over a roll of toilet paper in Shit Happens!, and a mole spills his popcorn in excitement over seeing with 3D glasses in 3D.

“The notion is to show a little of the quirk way that humans associate with animals. Whether through mixed meaning in works, items of use, or a twist in a definition,” says Snow in his description of the series.

Snow began the Animal Behaviour illustrations in 2011, and now has more than 40 prints in the series, many of which are available as fine art prints and framed prints from arthaus. The series has also been collected into two books. 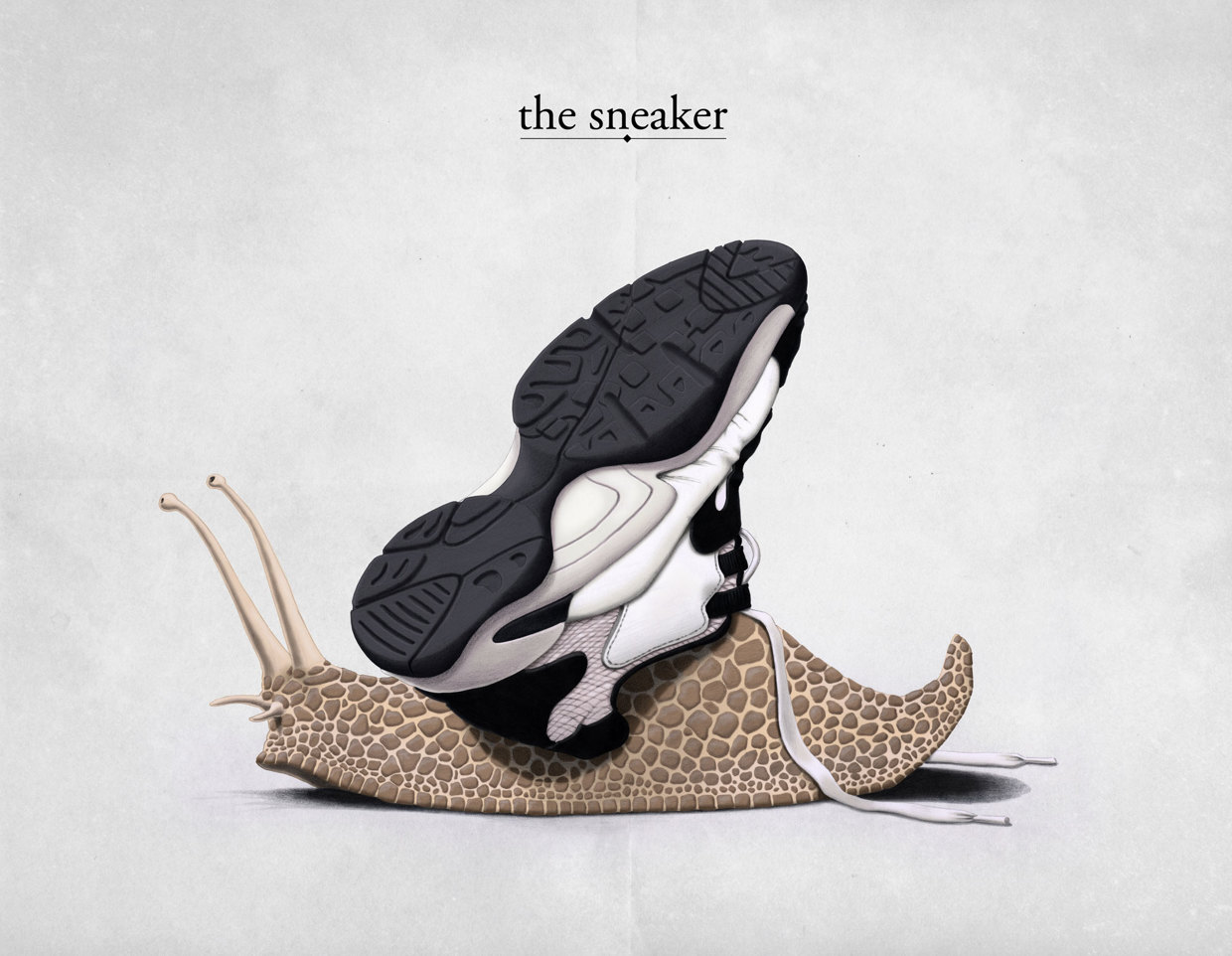 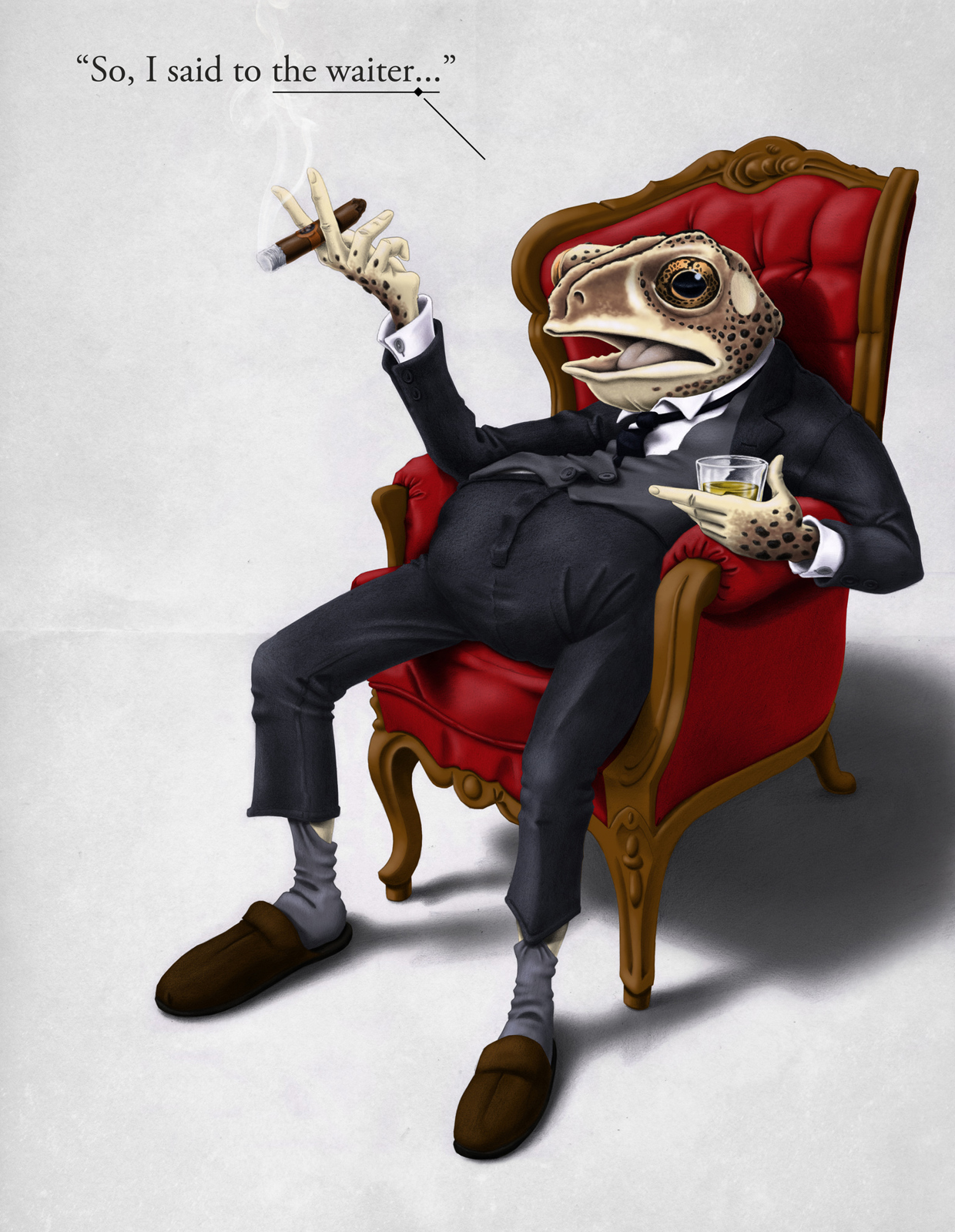 Fly in My Soup 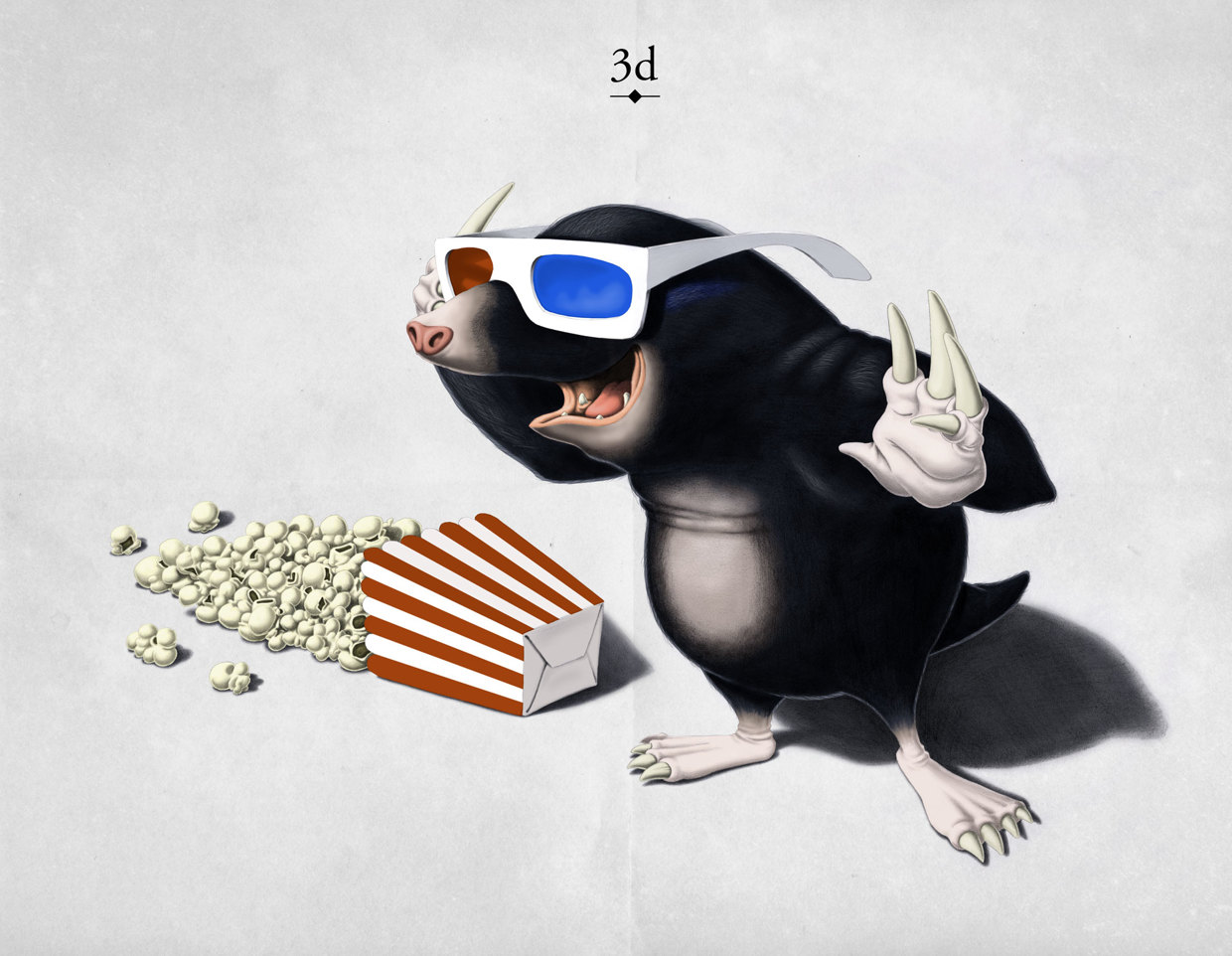 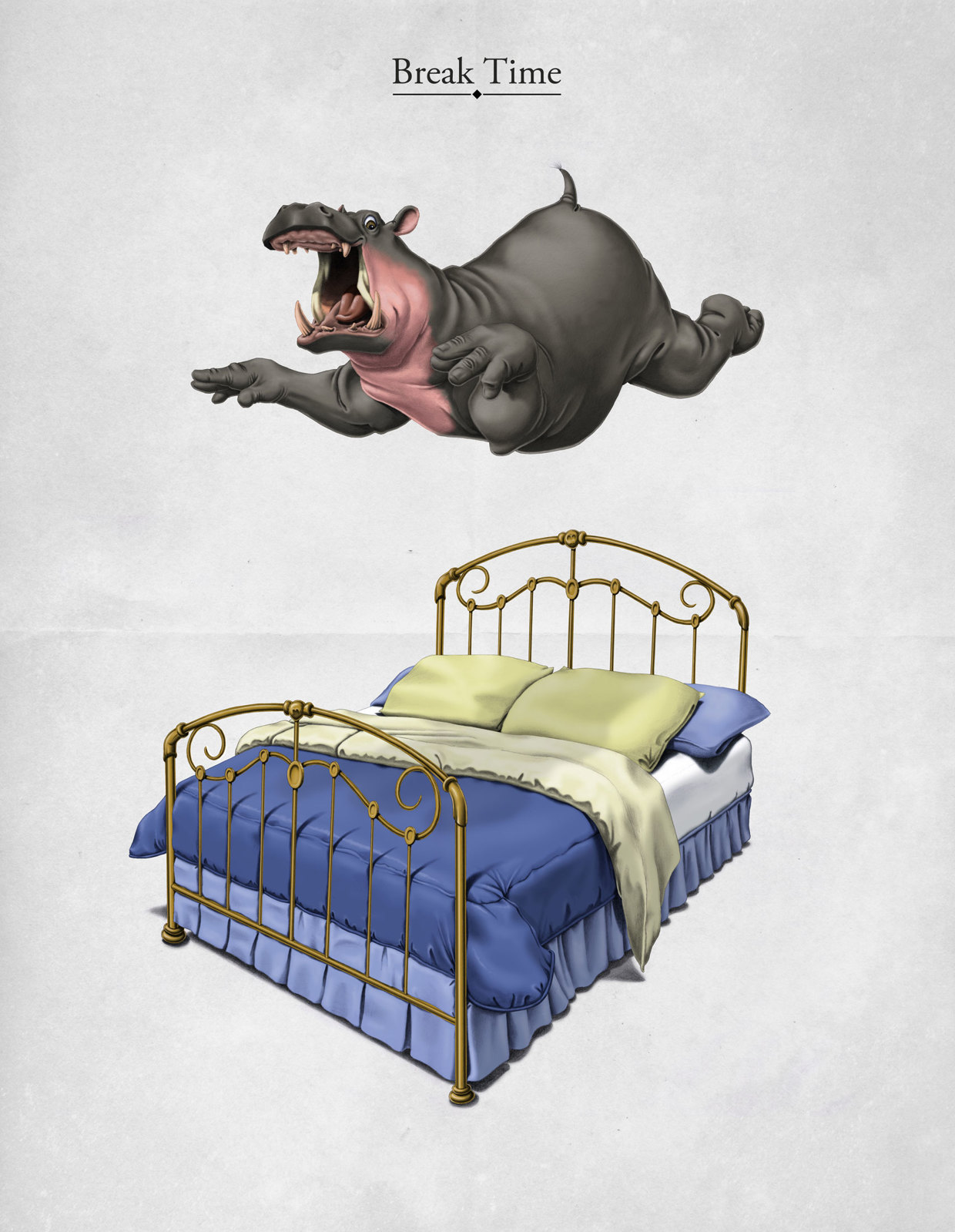 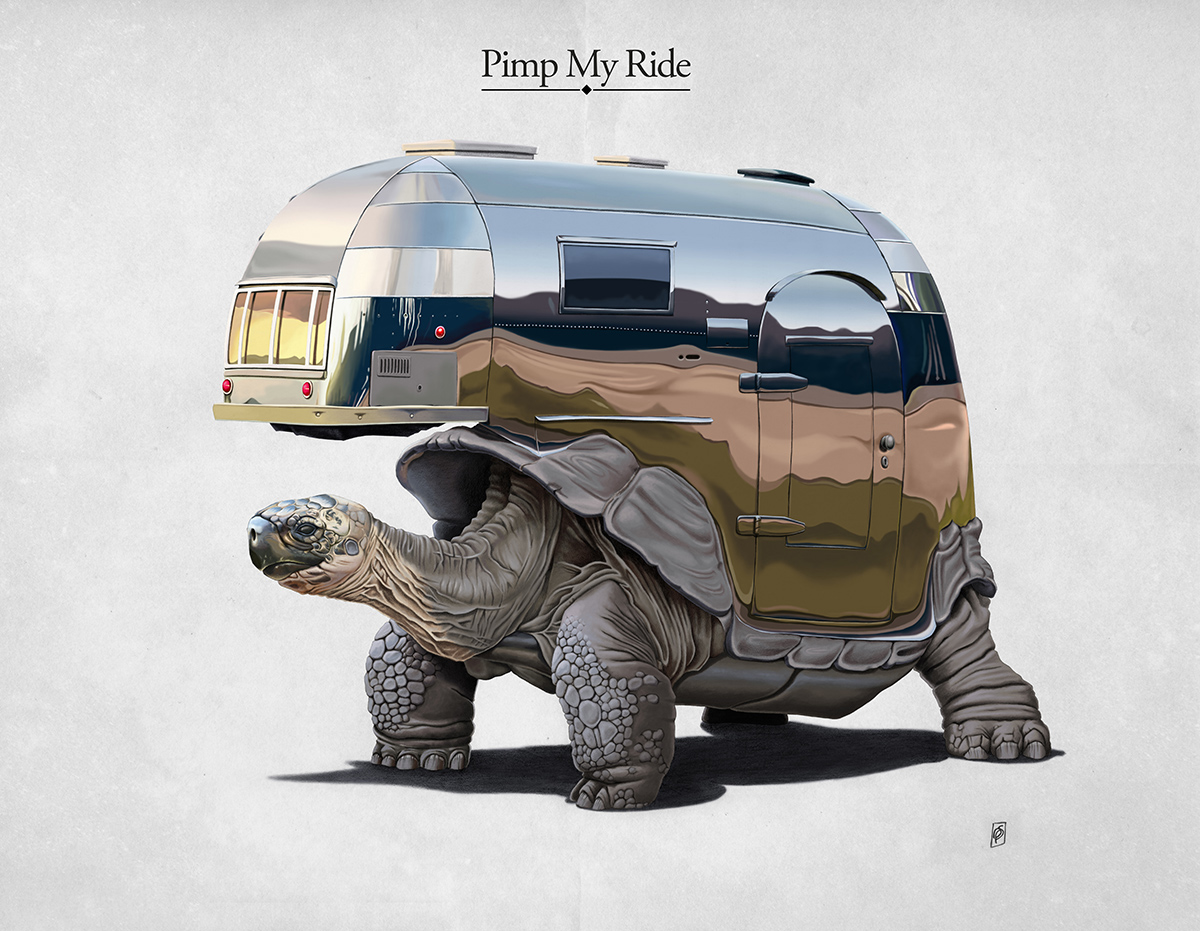 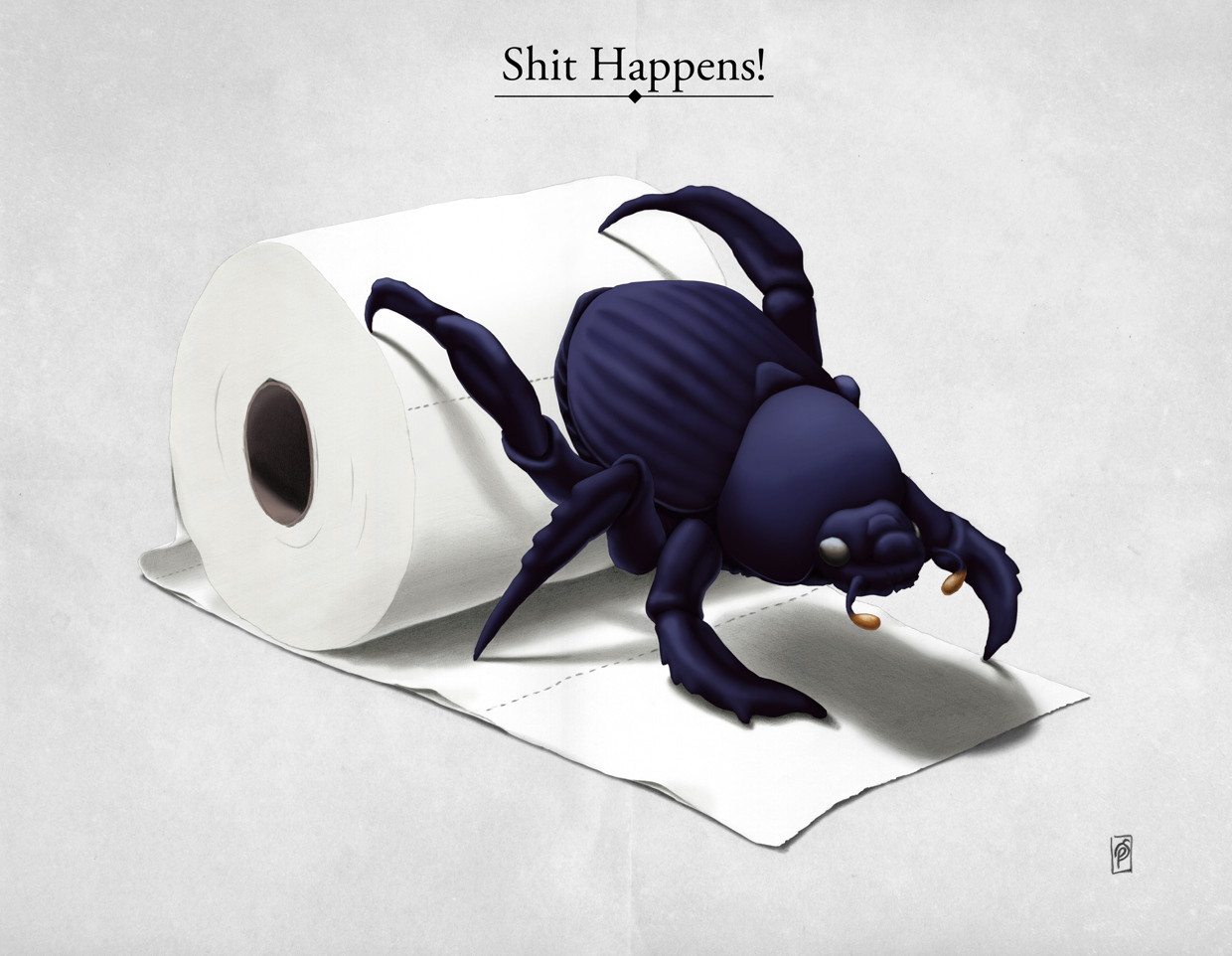 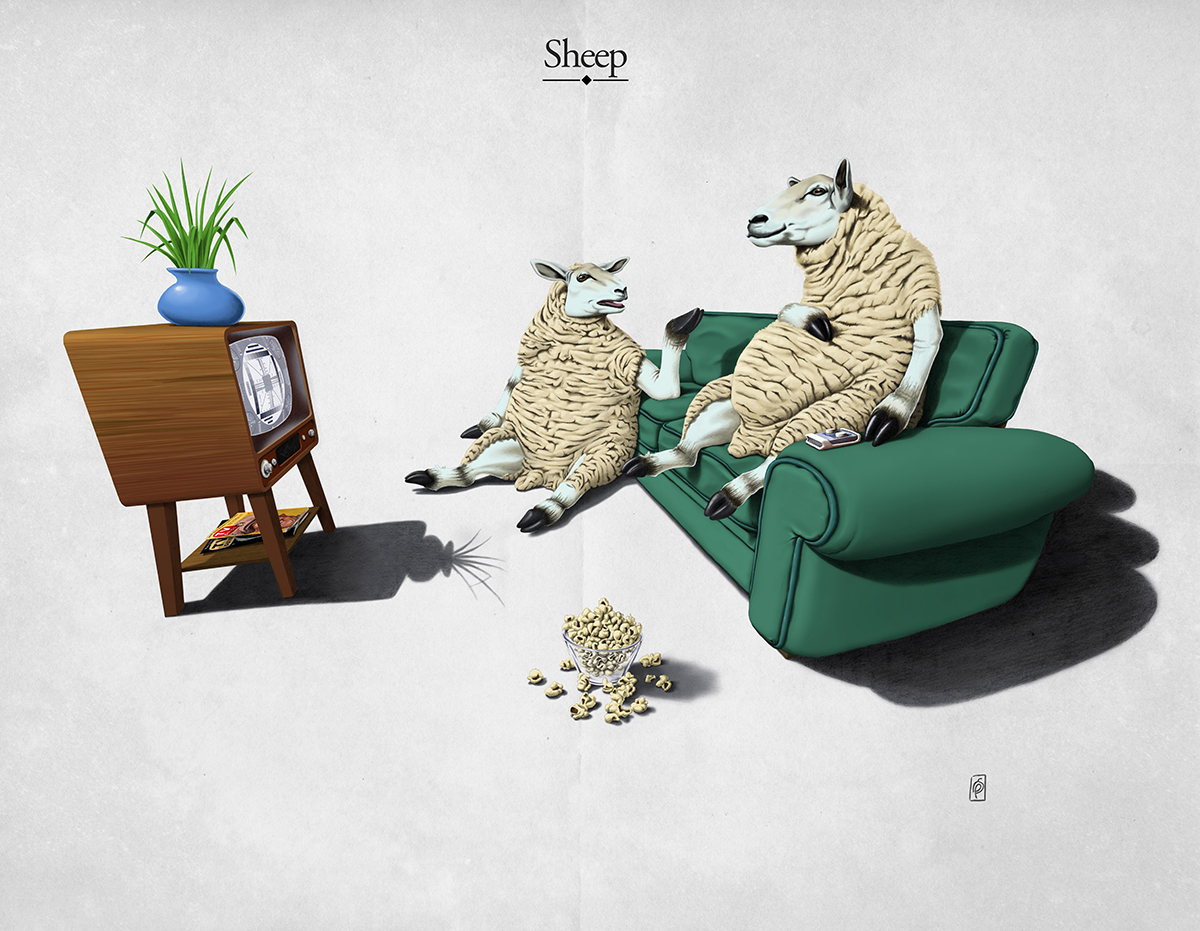 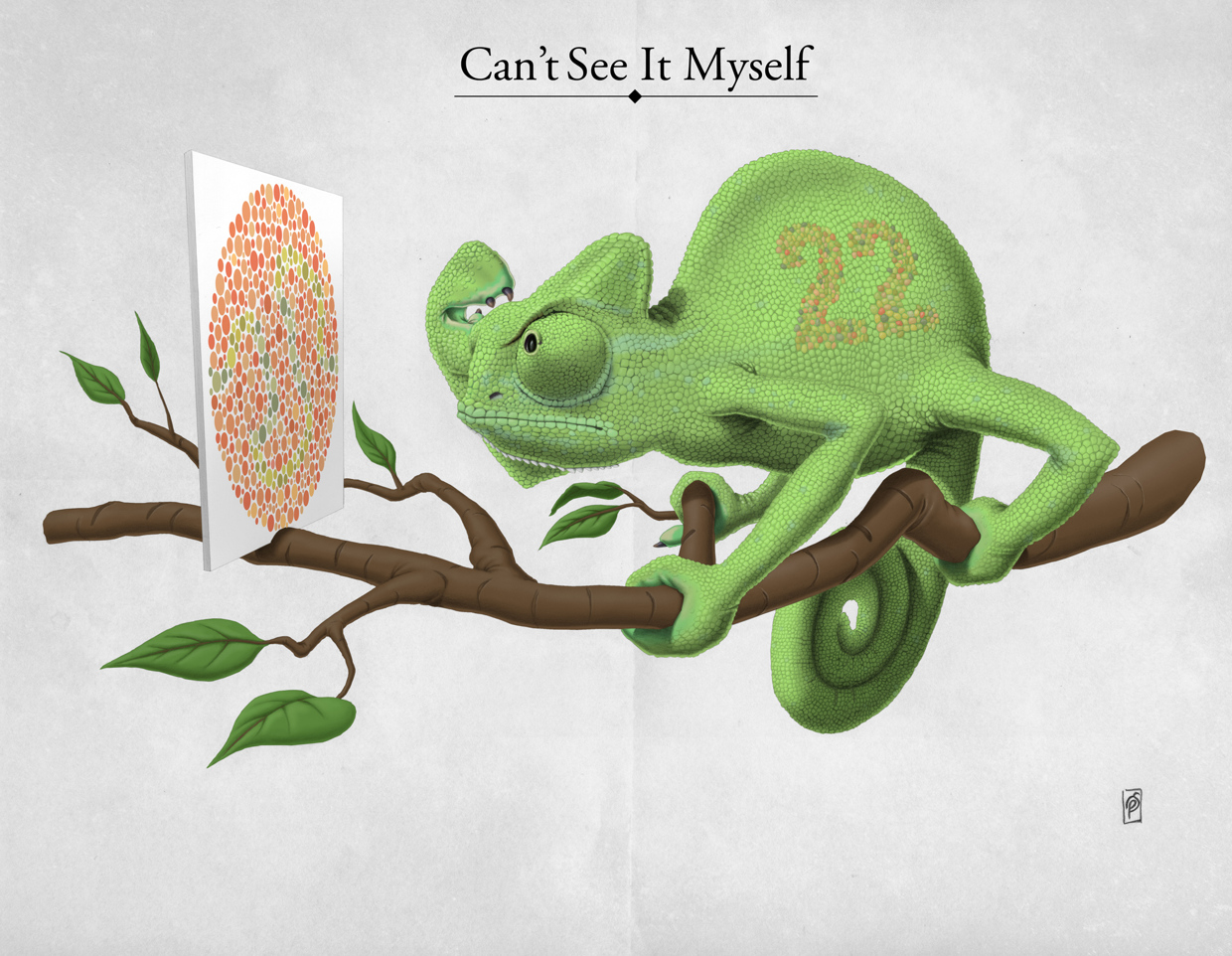 Can’t See It Myself 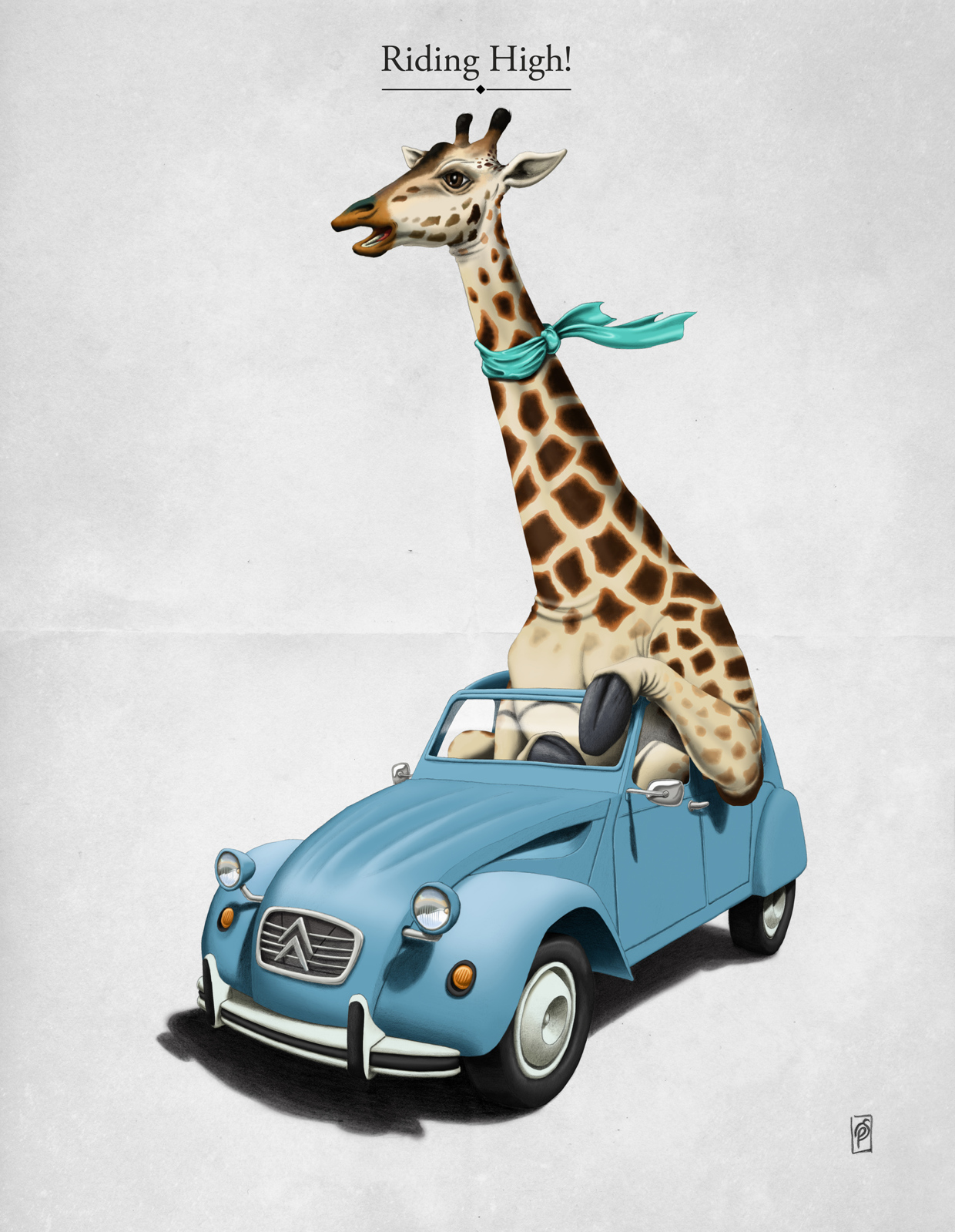 Pedro Lourenço, an illustrator from Lisbon, Portugal, shows a wild imagination in his series Rumble in the Jungle. These character studies show anthropomorphic animals…