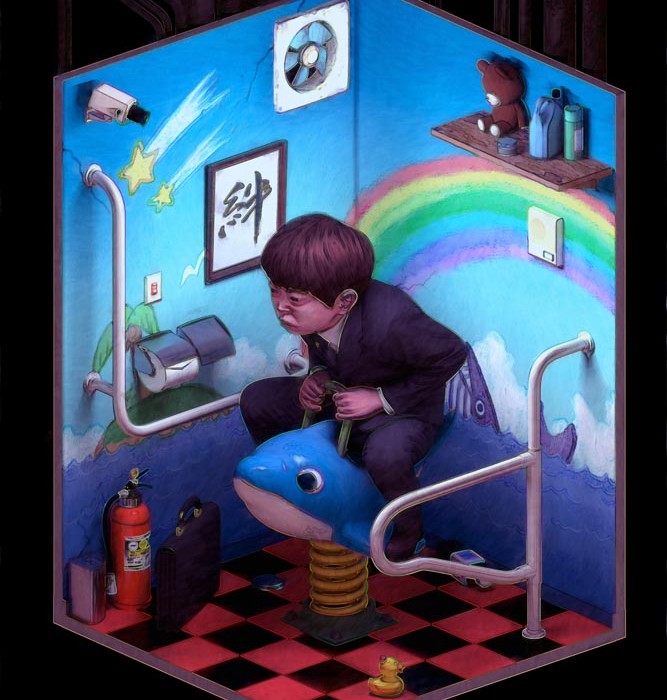 Satoru Imatake‘s art combines digital and traditional media in a creative way. These mixed media works give an interesting and sometimes dystopian look at modern society. 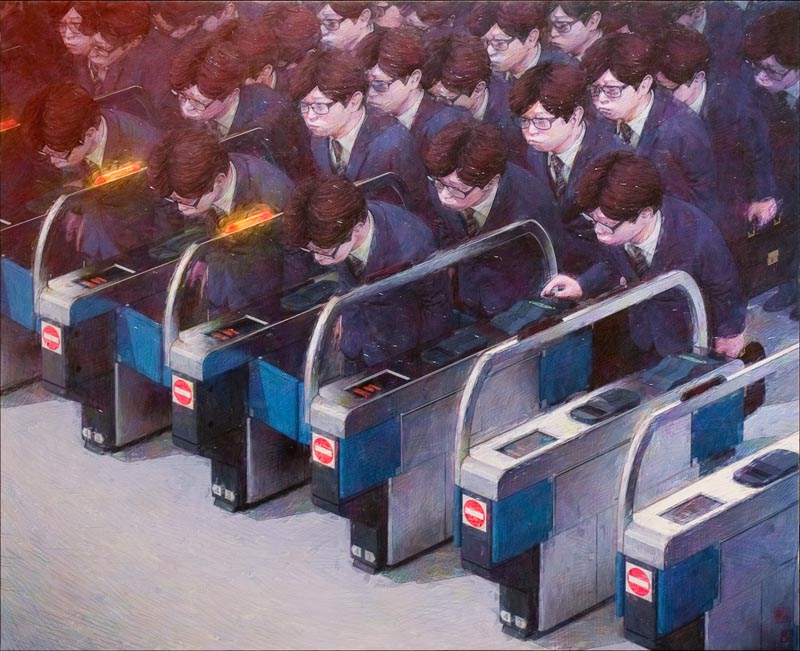 In many cases, Imatake creates a digital image (sometimes using 3D software), prints it, and then draws and paints over the print with acrylic paints, oil paints, or coloured pencils. This not only gives a unique visual quality to the work, but I think it also helps make a statement on mass production and technology.

The figures in these paintings are childlike businessmen, who are all nearly identical. They are shown huddled together: lining up to pass through turnstiles, standing and holding on to straps as if riding on a packed subway train, or even just floating in mid-air in a cube-like mass.

One Day shows a single boy in water, surrounded by rubber ducks. Intermission 2 shows a boy in a bathroom stall, only instead of a toilet he is sitting on a playground spring rider — a whale — and being watched by a security camera. Vacation shows a boy standing in a pile of fish, wearing an inner tube and a gas mask.

The works appear to comment on a variety of controversial issues, from pollution and public health, to restrictions of freedom and government surveillance.

“The main theme is to draw the humanity in modern society, with irony,” the artist says. Imatake is from Tokyo, Japan. 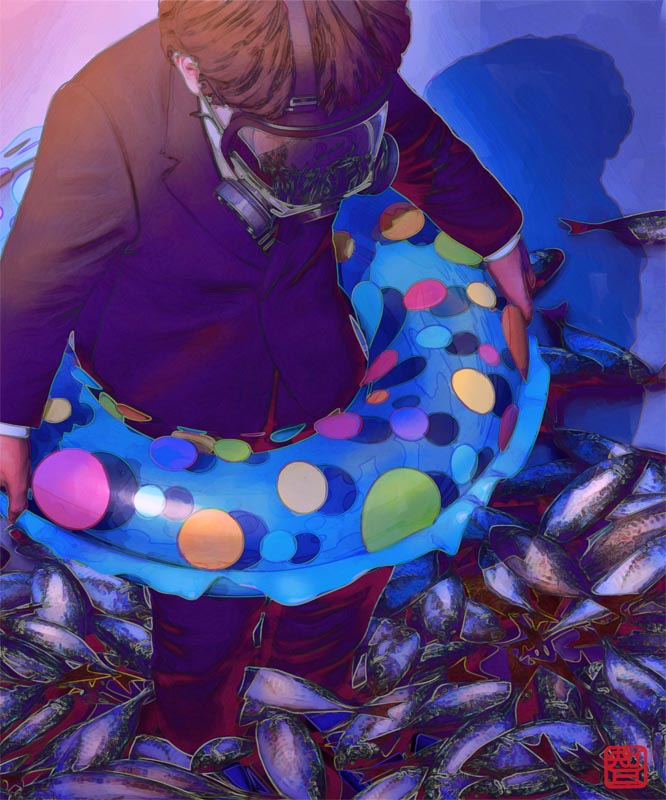 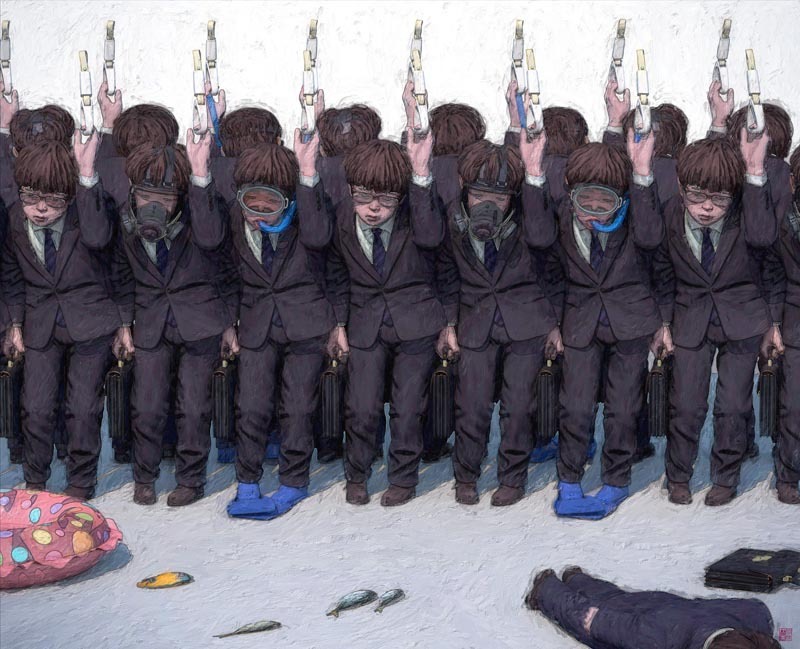 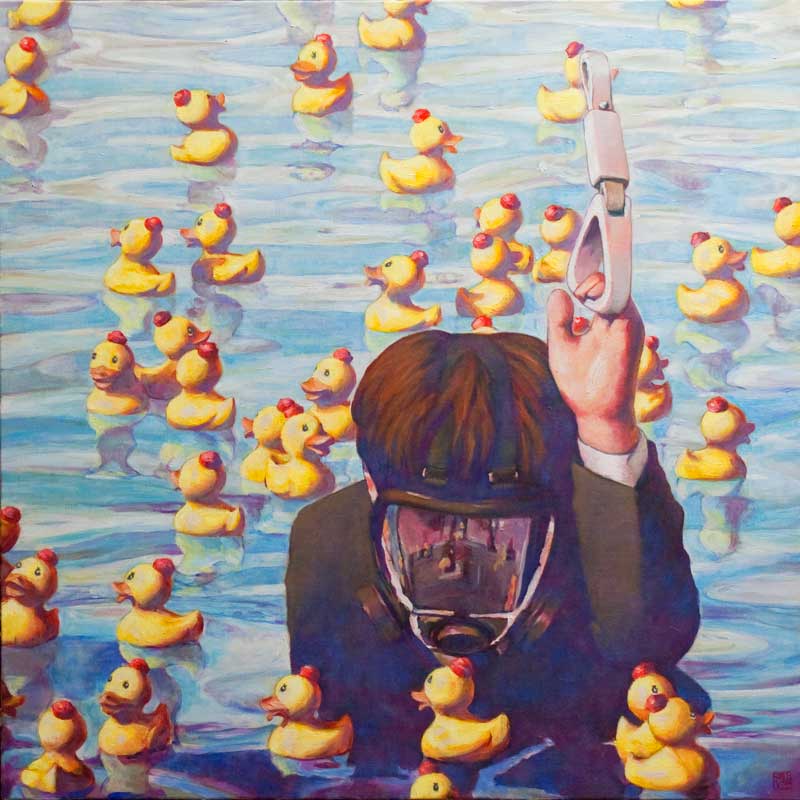 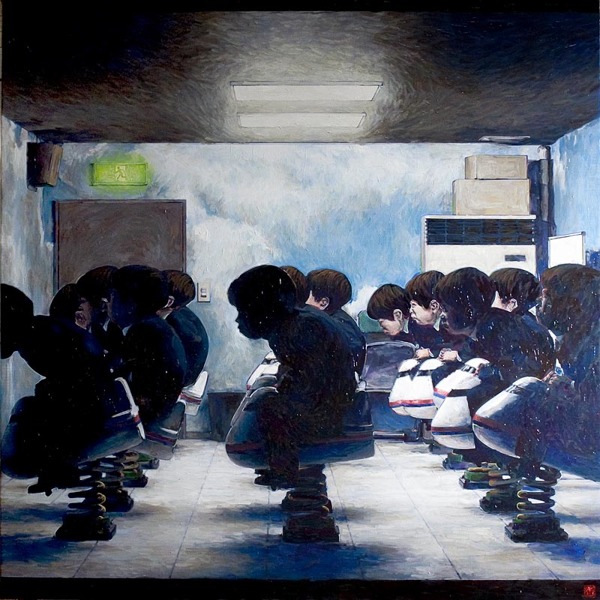 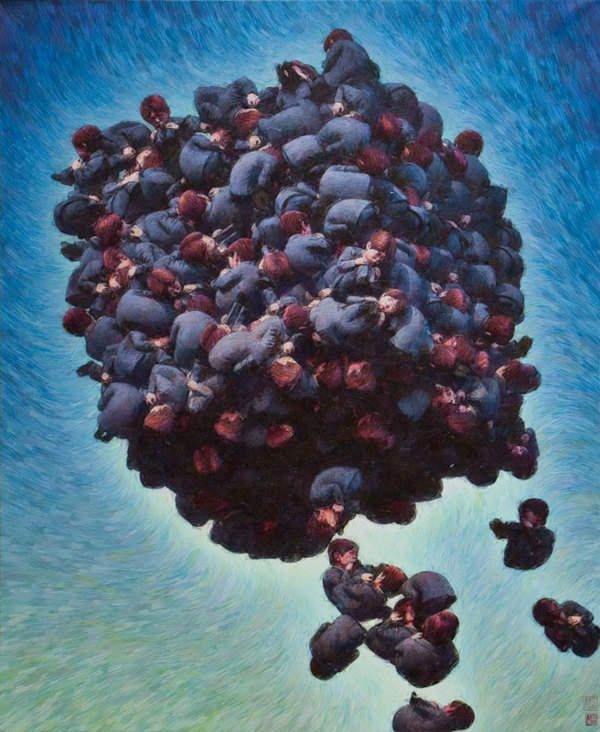 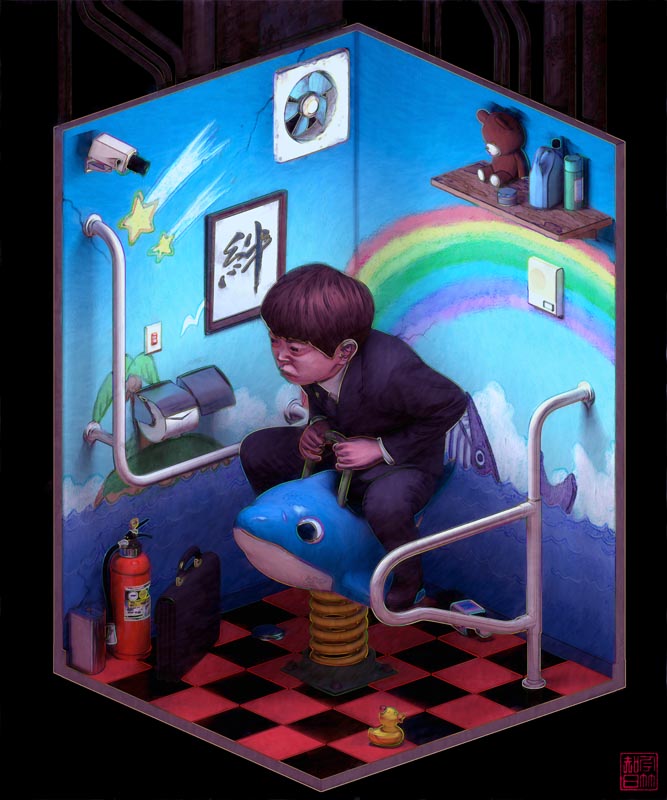 Ayu Nakata‘s drawings are both intriguing and haunting. They use soft colors and lots of subtle lines to interesting effect. The images leave me uneasy,…