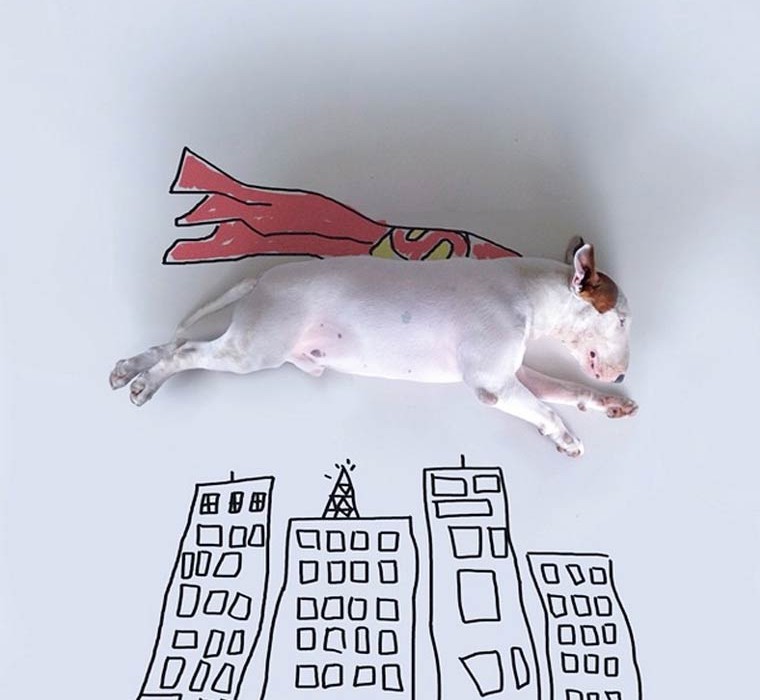 There’s no “dog shaming” involved in these clever photographs by Rafael Mantesso, even though one does show the pup as the subject of a mug shot. Mantesso poses his bull terrier named Jimmy Choo against a variety of backgrounds, to recreate famous scenes or just show a whimsical situation. 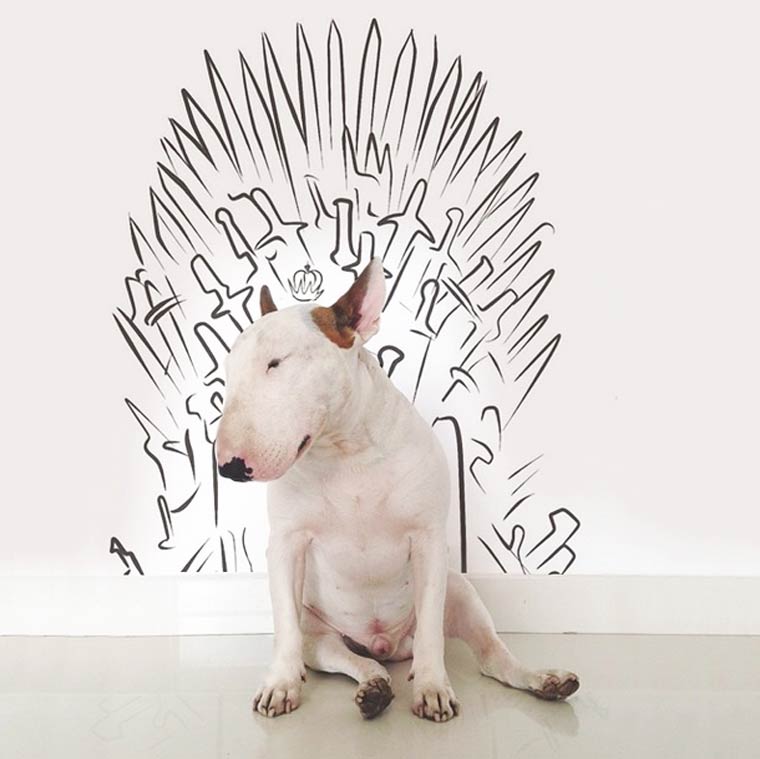 Most of the images have a simple cartoon or black line drawing on a white background, which goes well with the bull terrier’s colouring. A few do use other props, however. Mantesso takes the photos of his dog using an iPhone and adds the cartoon elements both before the shot is taken and through image editing software.

The photos recreate everything from fine art, such as one based on Sandro Botticelli’s The Birth of Venus, to pop culture, with images of the famous spaghetti-eating scene from Disney’s Lady and the Tramp and the Iron Throne from Game of Thrones. Others show the artist holding a pair of googly eyes or a piece of paper with a funny nose and mouth drawn on it, in front of the dog’s own features. One shows a Grumpy Cat made from felt in front of the dog — along with a chef’s knife and pepper grinder.

Mantesso was inspired to create these images when he found himself and Jimmy living alone in an unfurnished house with blank walls, after his divorce. He says the dog loves being at the centre of attention, and he also wants to help create a positive image for the breed: “I think they’re an amazing race in terms of behaviour, personality, the love they demonstrate to their owners and especially the aesthetics of them,” Mantesso says. 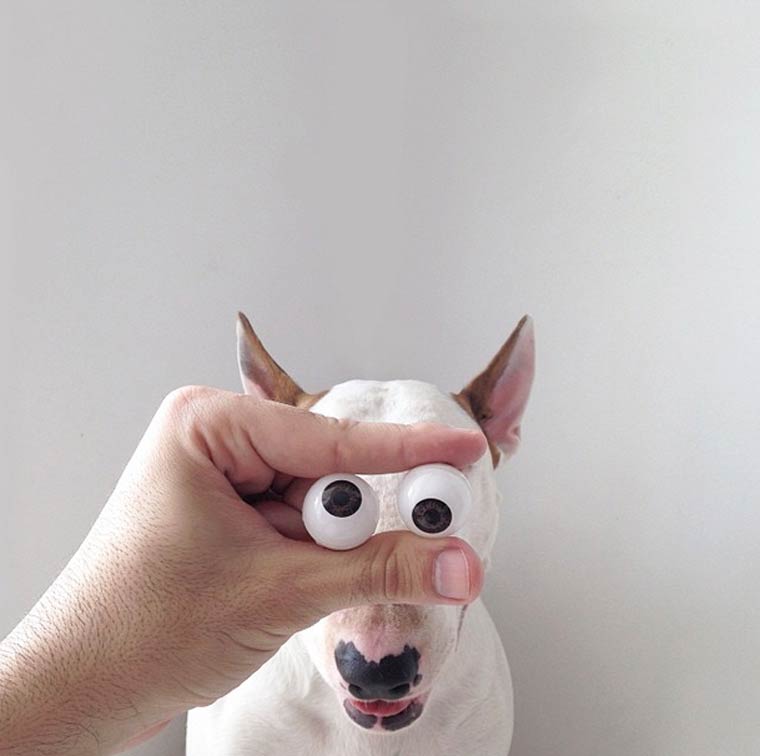 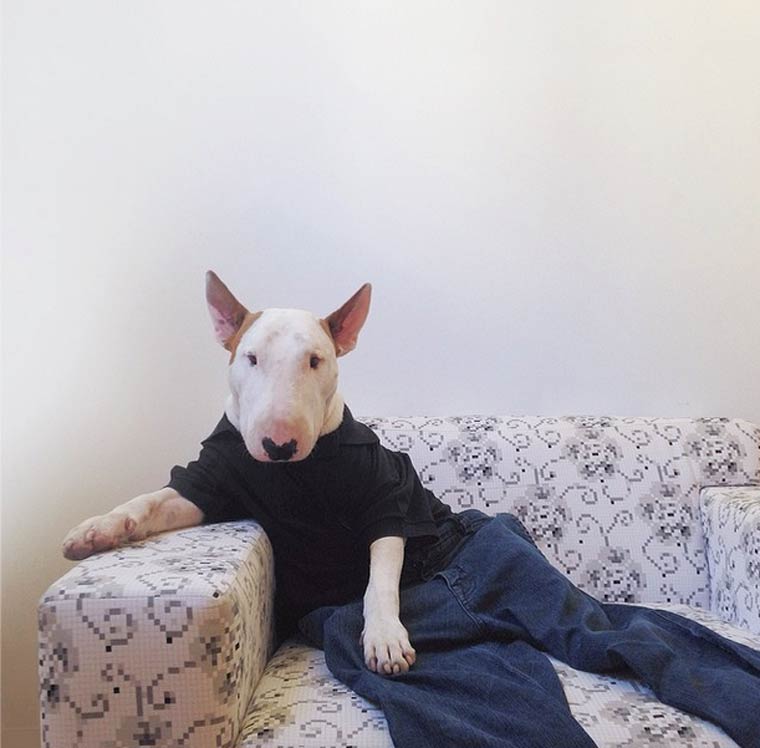 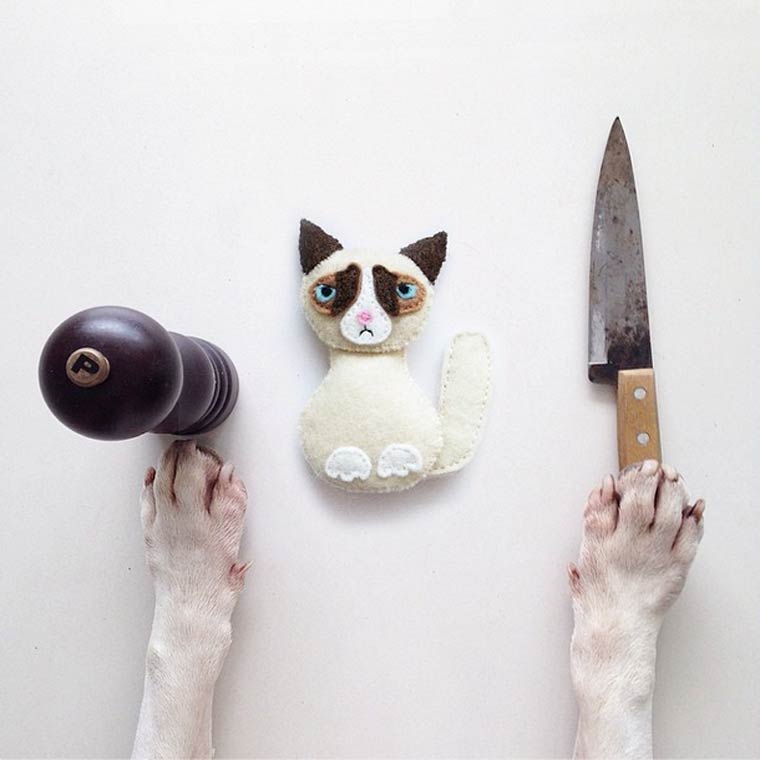 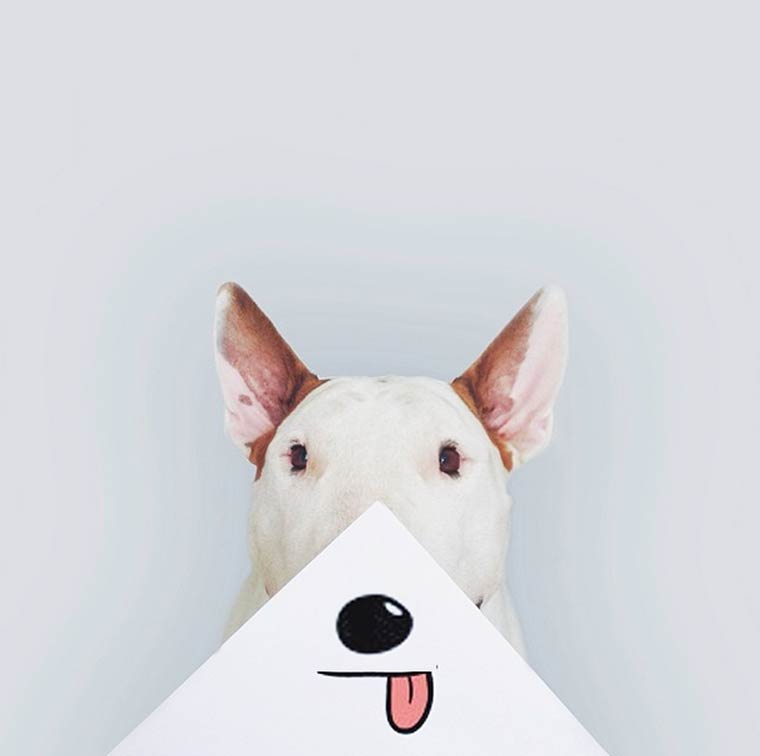 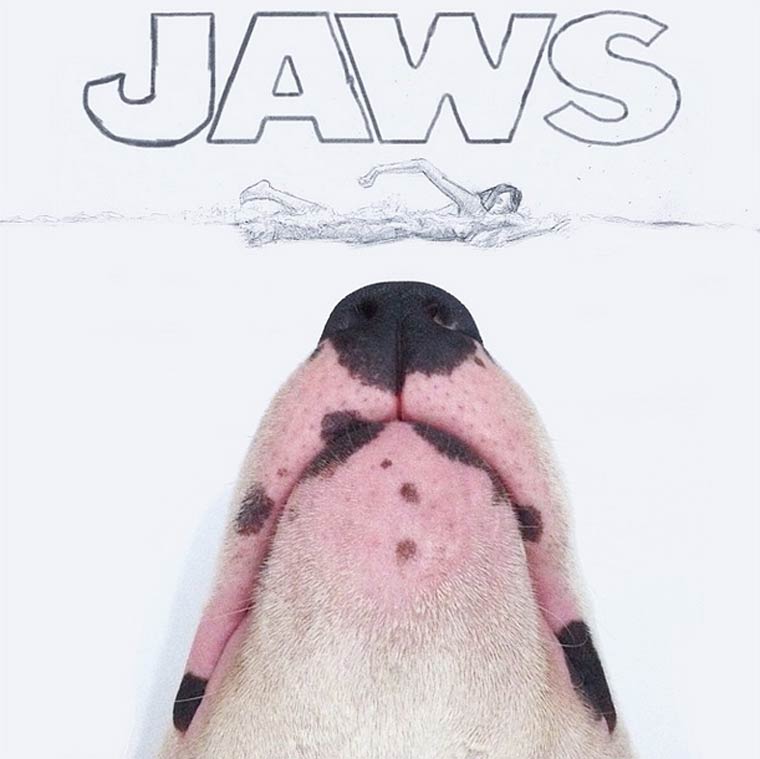 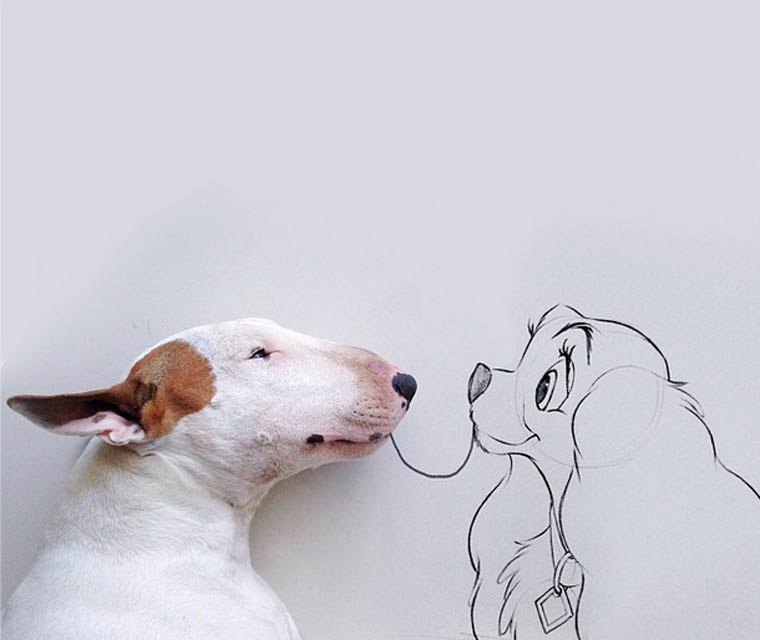 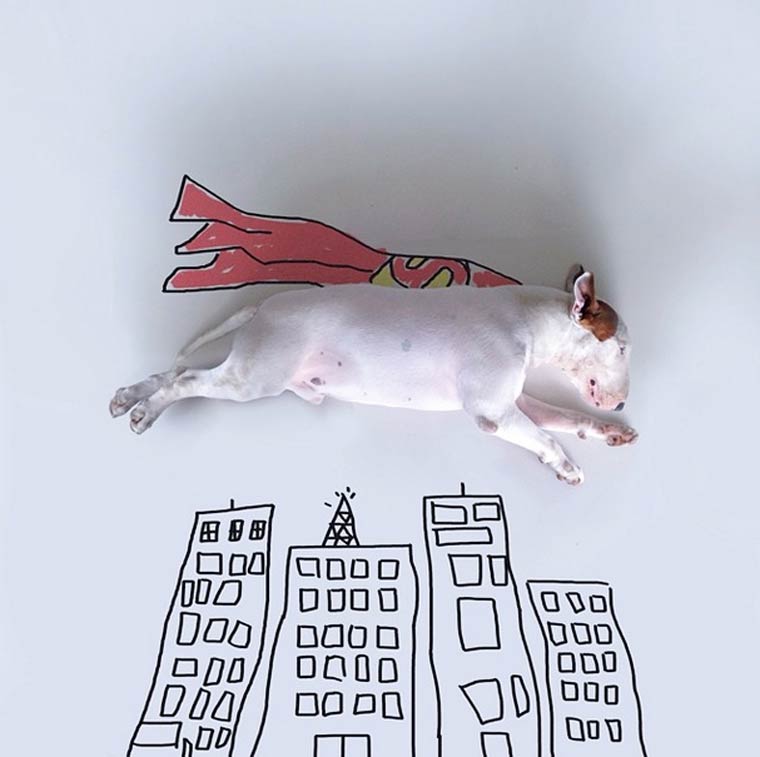 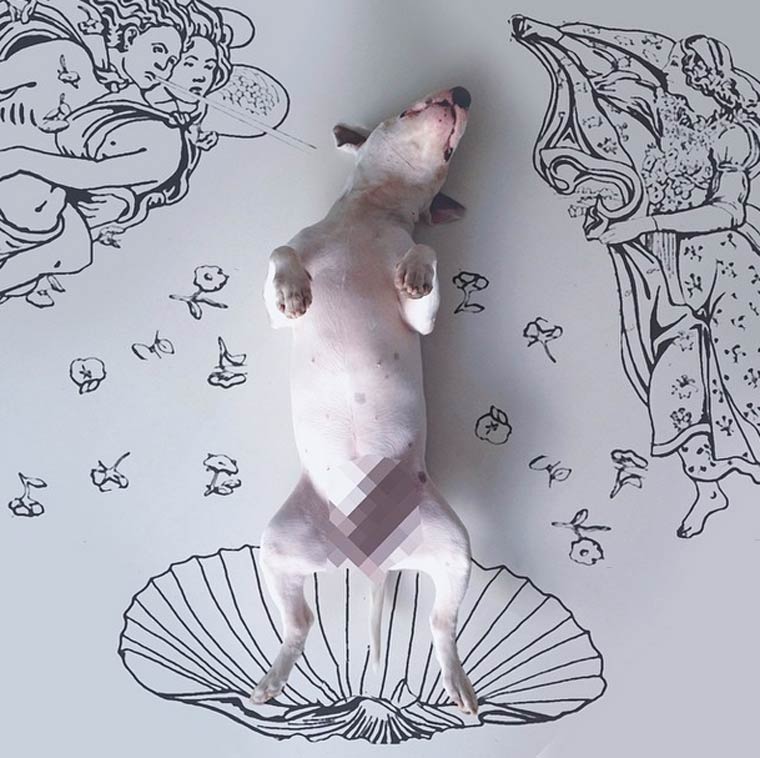 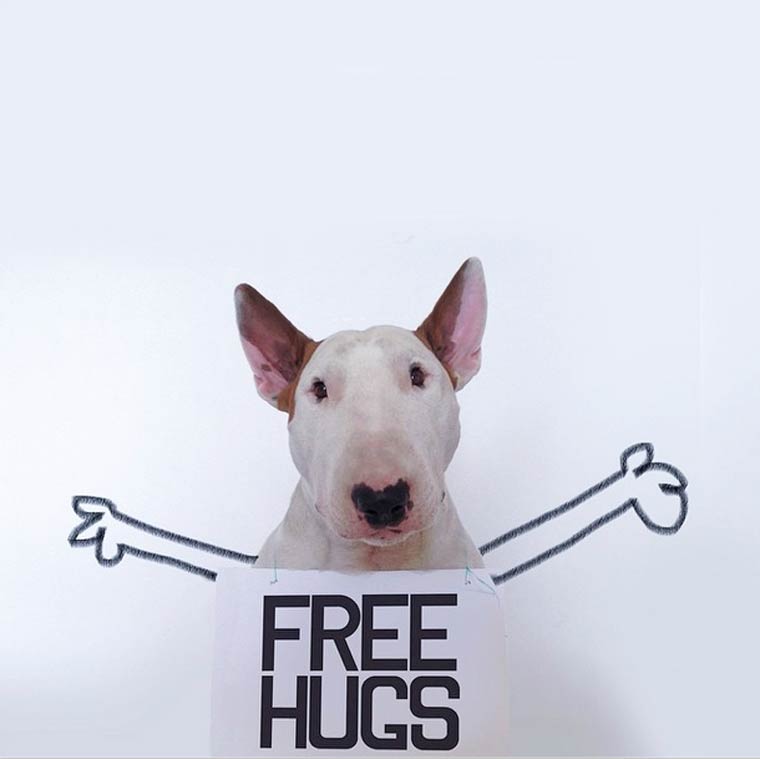 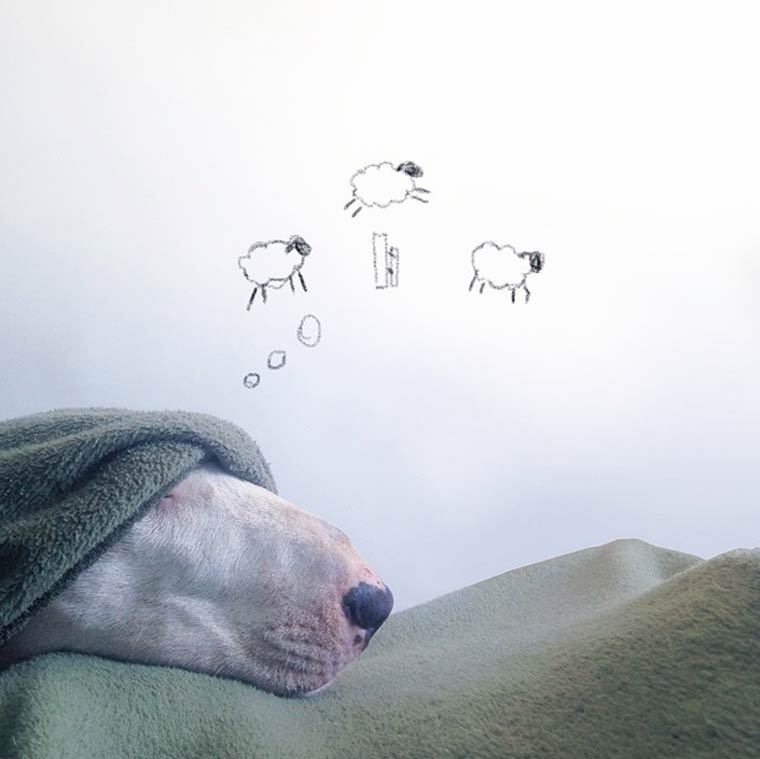 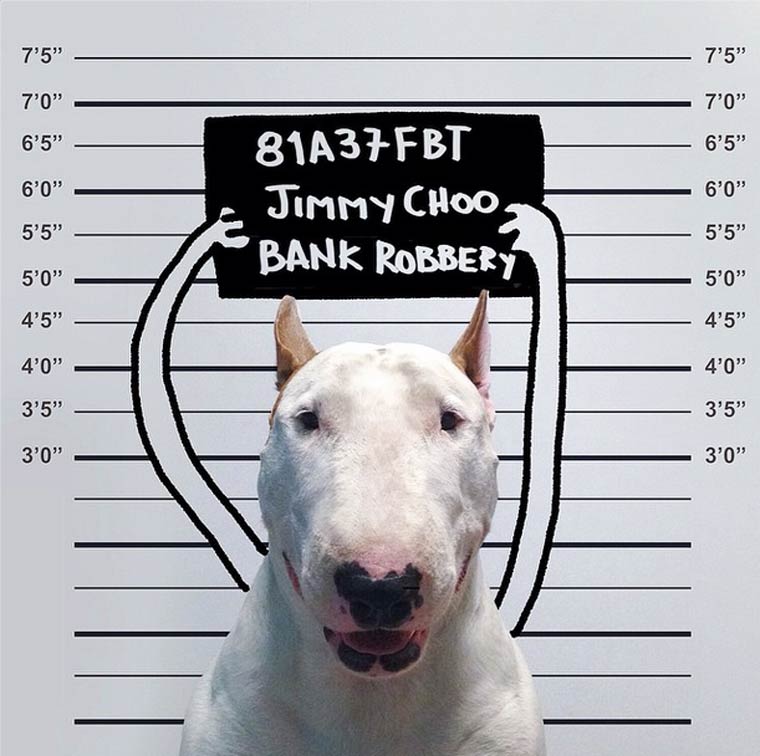 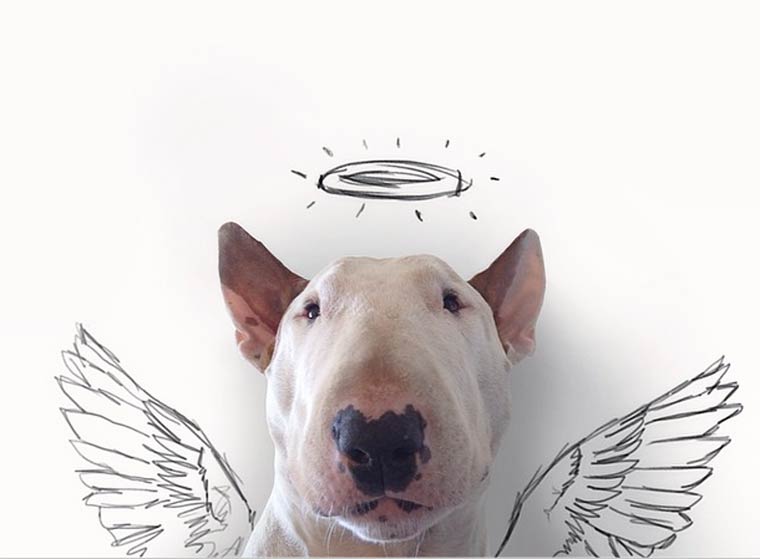 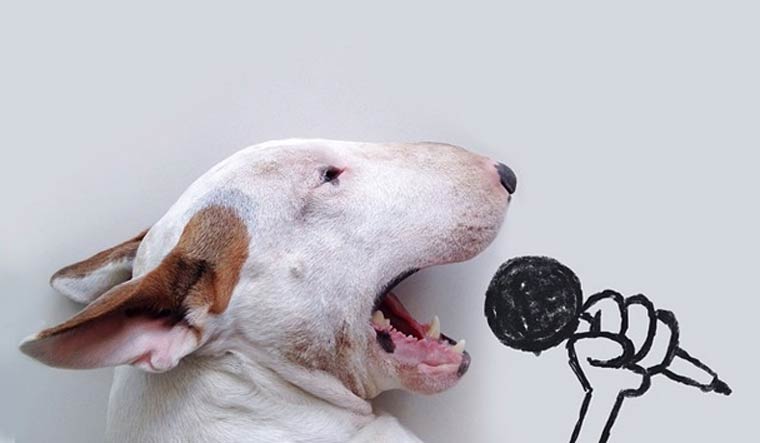 Gerrel Saunders (aka Gaks) is an illustator from Trinidad and Tobago. In these animated GIFs, from the series Anywhere But Here, Saunders creatively ads…