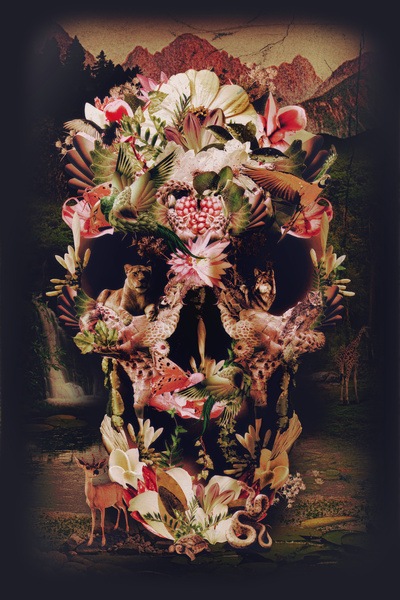 Ali Gulec‘s art prints use the recurring motif of skulls in pieces that I find both haunting and beautiful. Gulec uses digital collage to create themed skulls from many smaller images. Several of these use pictures of flowers and plants, while others use jungle wildlife and vintage illustrated vignettes. Home Taping is Dead uses pieces of broken plastic cassettes. I like the way the skull, a symbol of death, contrasts with the floral elements that are a symbol of life. Some of these pieces remind me of the sugar skulls, or calavera, used in the Mexican Day of the Dead holiday.

In Room Skull, Gulec creates an optical illusion where the skull is suggested by the tones and placement of objects in another picture. This picture is of a creepy, gothic room, where two black cats sit on a table in front of a window. In another work, a 3-D skull appears to rise from a strong patterned background. Splash Skull shows a skull on top of a body in a suit, with a raven on his shoulder, and a red orb erupting from the top of the skull.

Gulec is an illustrator from Istanbul, Turkey, where he also runs the Ikiiki Design Studio.

You may also be interested in this Geometric Candy Skull by Davies Babies or this Sugar Skull by Yetiland. 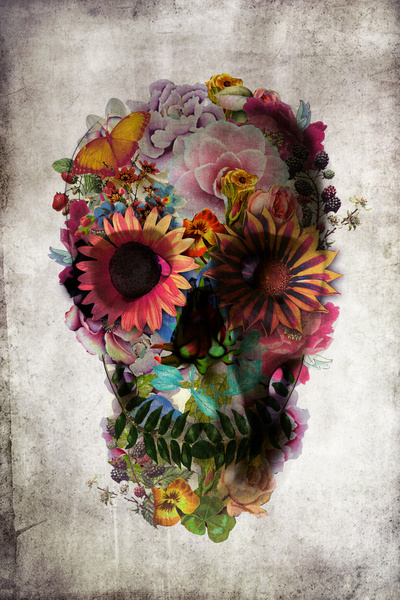 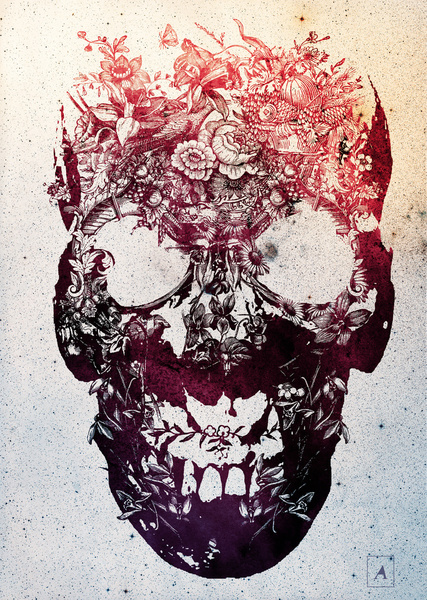 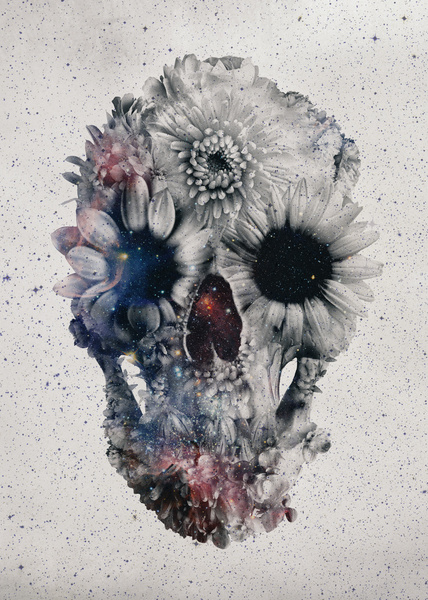 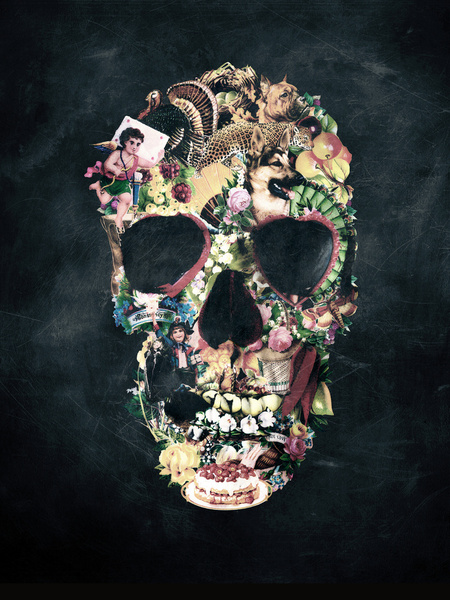 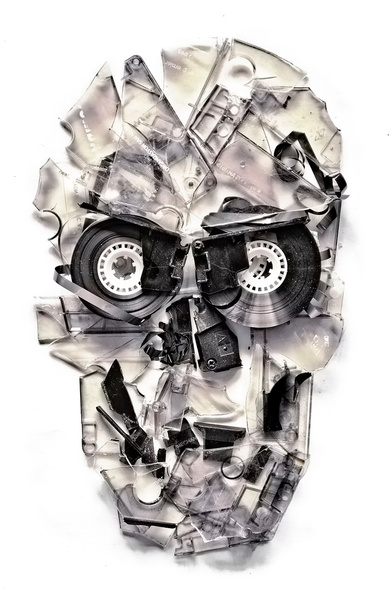 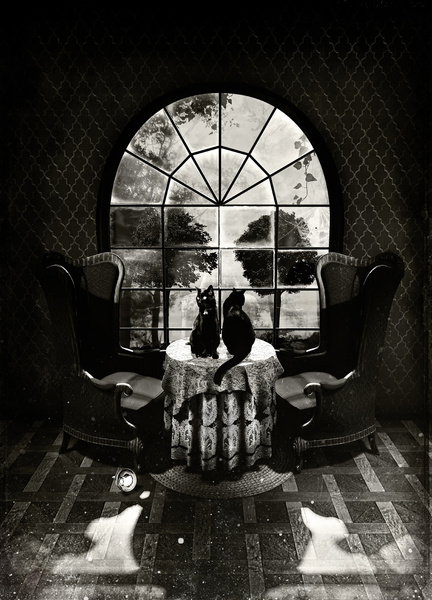 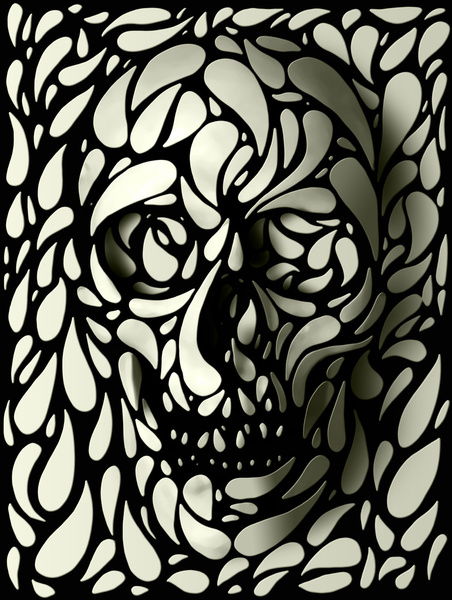 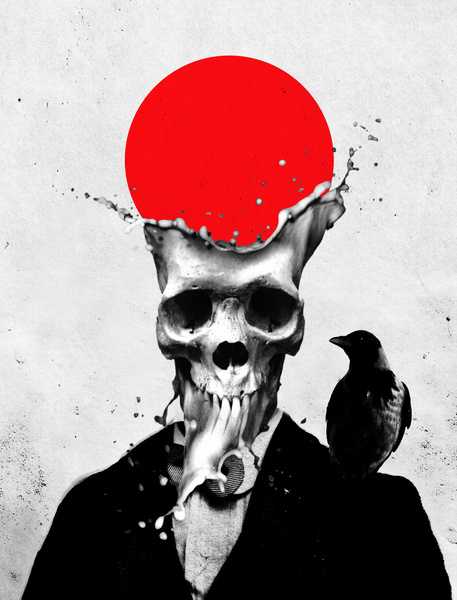 These pretty, artistic dolls were created by Julia Zyubyairova, from Tokyo, Japan. Dreams Collector is an exotic, mysterious woman who carries her bounty in…