Paul Kaptein, from Perth, Australia, is a sculptor who works in hand-carved wood. In one of his most intruging pieces, Two Forms of Stillness, confiscated firearms form the face of a hooded bust figure. He was invited to create this for the exhibition Of Spears and Pruning Hooks, which allows artists to use weapons and materials that the police have dismantled to create safe, disposable scrap metal.

Kaptein has also sculpted The Archivist, a hand holding a smartphone that is displayed on a tripod; Limber, a male figure of a swimmer with multiple arms (reminiscent of Leonardo’s Vitruvian Man or Hindu iconography); the elongated skull A Fast Death; and multiple installations of The Continential Drifters, which show people in a biohazard suits raking sand in concentric circles. 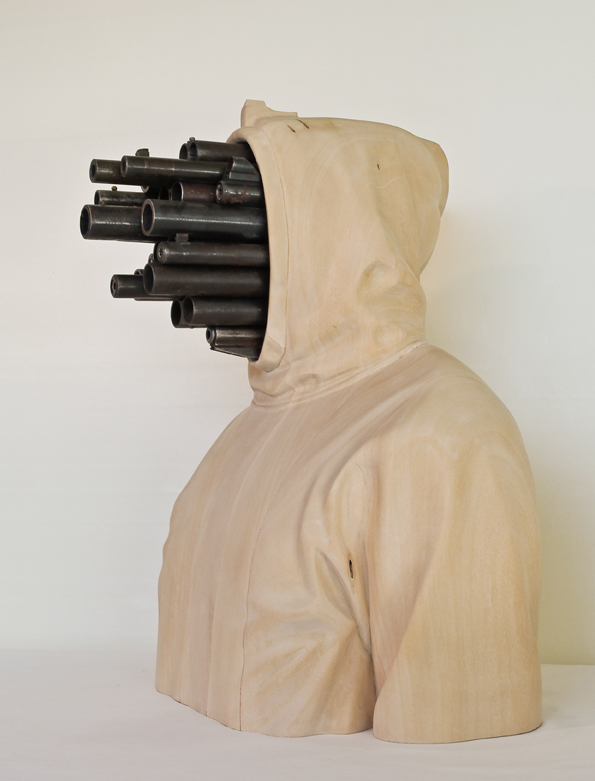 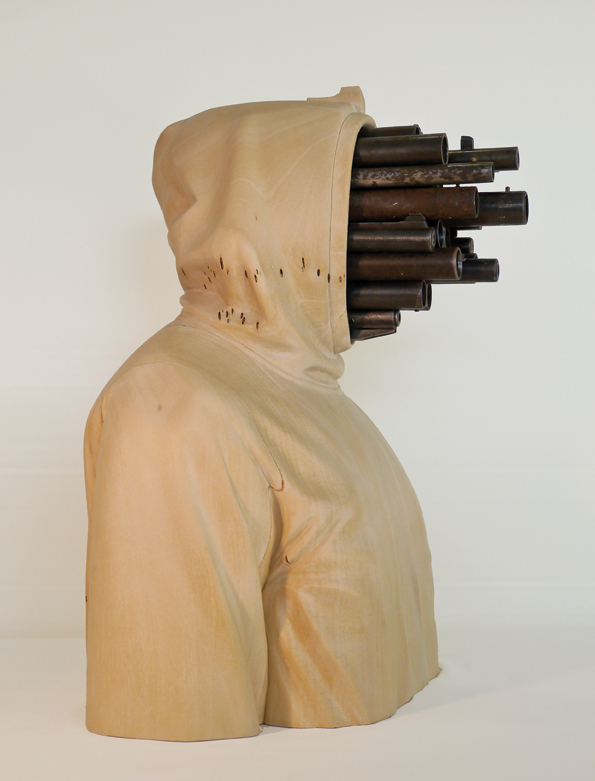 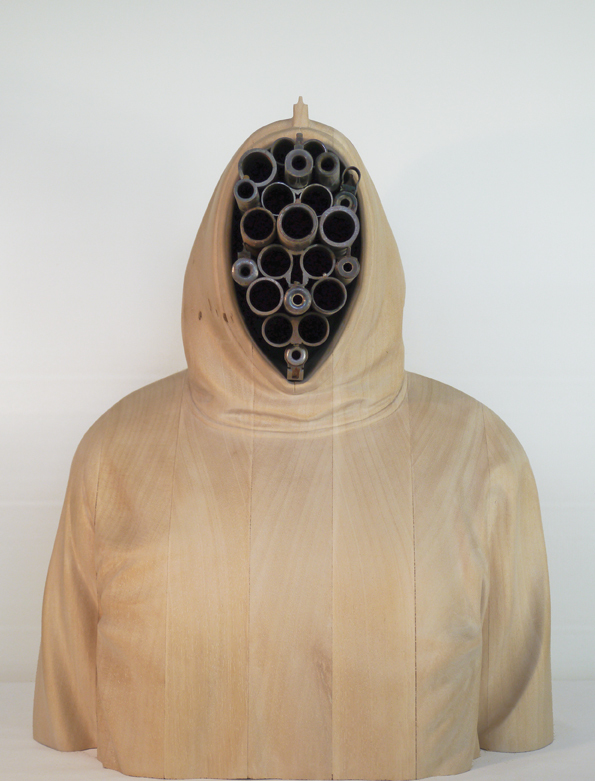 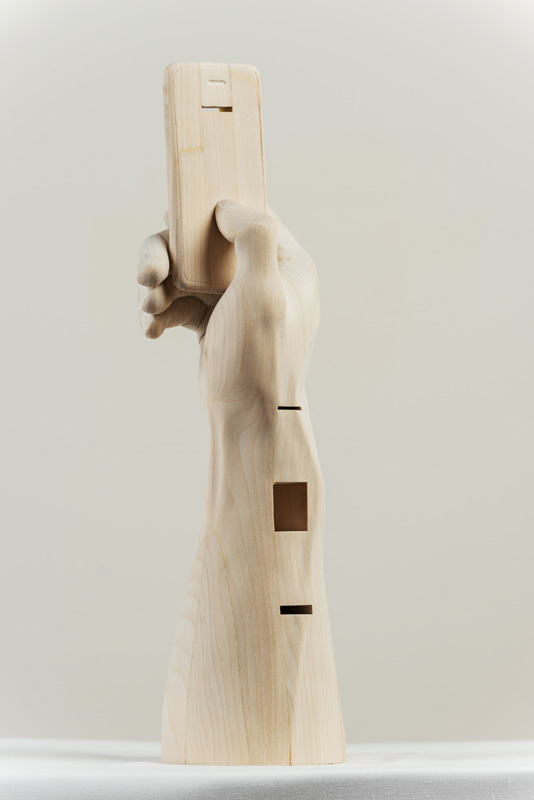 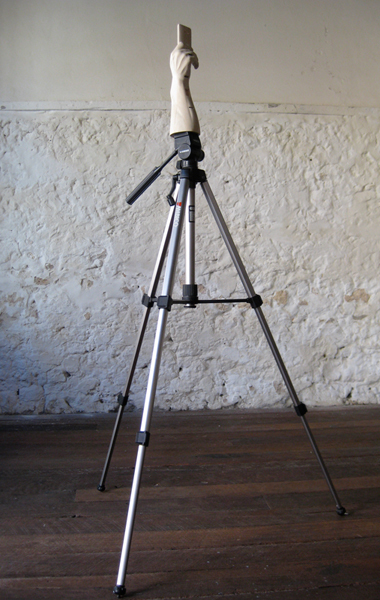 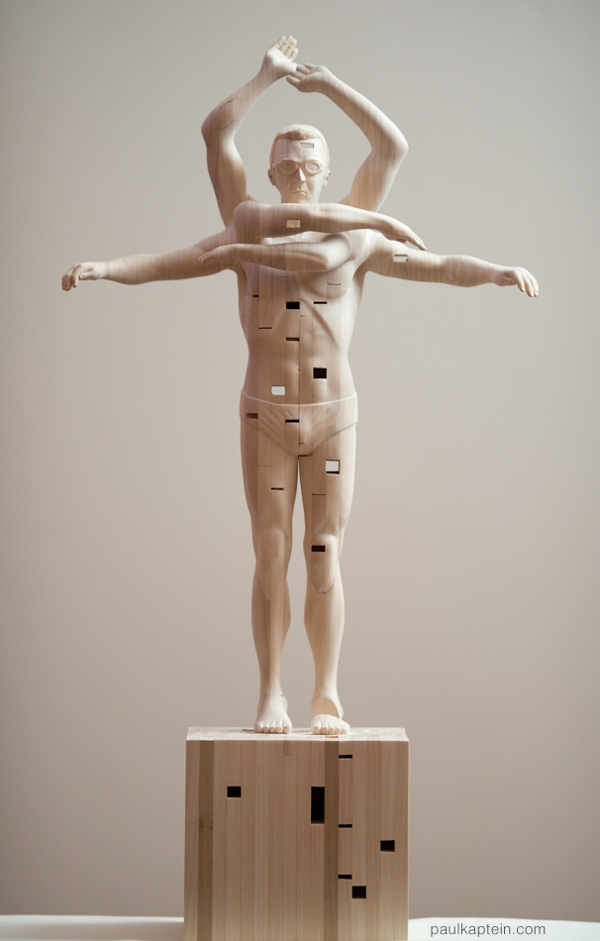 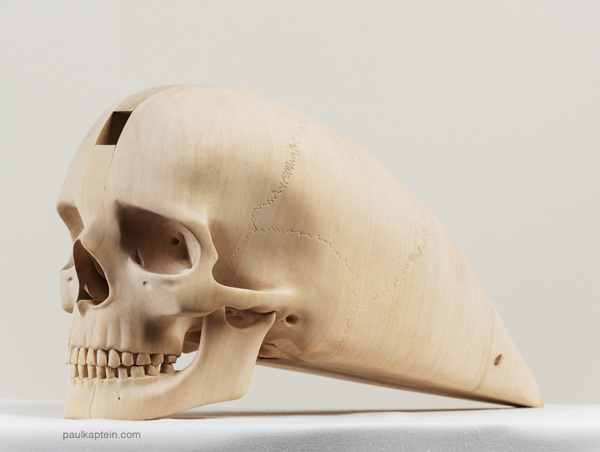 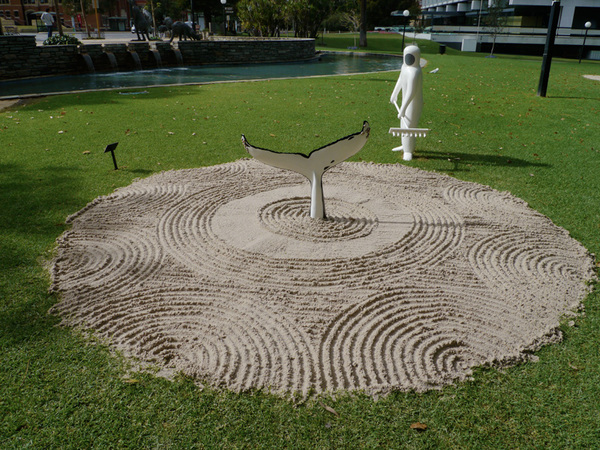